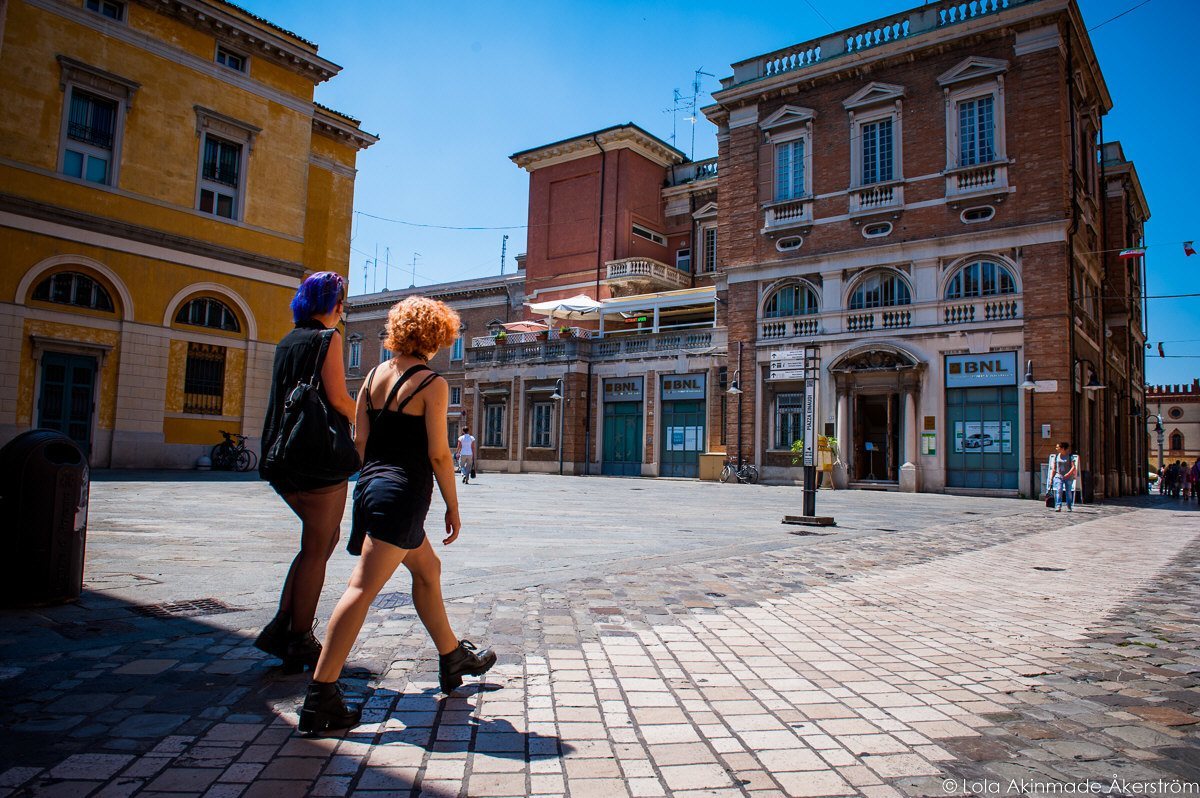 I often associate human characteristics with cities I visit. Of course, putting aside the fact that they’re chock-full of living human beings who fuel certain stereotypes, I feel out cities through human temperaments.

These I call my (very subjective) “city personalities“.

Stockholm feels androgynous to me. Very jean jacket with a flipped collar and white pants. A bit selfish about its space, keeping its very best secrets to itself yet with a bright-eyed bewilderment about the world. Stockholm wants you to find your own secret space and own it selfishly too.

Irish towns such as Galway and Cork feel like chicken soup for the soul. They feel like your mother, someone in her 50s or 60s who is hip with modern times yet revels in classics and tries to weave the past into everyday life. No matter how fancy that chicken soup gets – free-range raised organic chicken, caramelized onions, handmade pasta, braised garden-grown vegetables in a consommé of frothy broth – it remains accessible and grounded and you immediately feel at ease.

There’s an overarching vibe in Ireland that requires you have basic common sense. Some things aren’t explained to you. You just have to use your common sense to operate and navigate these parts culturally. Ireland to me means effortless comfort in an “I am my brother’s keeper” sort of way.

Belfast reminds me of a raw rugby player; one who tries to put on a suit, who tries to brush his hair neatly, and be what everyone wants him to be. But there’s a searing passion beneath that forced jagged exterior that screams “screw your fancy makeup. I want you just the way you are.” Belfast feels like a down-to-earth man at his most basal element, and the city has left me intrigued to keep getting beneath its complex layers in an attempt to learn more about how it works. How he works, as it were.

Bremen – My visit to Bremen was an introduction. A handshake. A “nice to make your acquaintance” exchange and judging by first impressions from that handshake, there’s a gentleness about the city. One so steeped in history that it lives and breathes its legacy as a Hanseatic League city.  An understated calmness and quiet confidence. If I were to judge Bremen by my first impression, I’d call Bremen the quiet working-class professor with the bowler’s hat which he lifts in acknowledgement each time he passes you by. Overfilling with knowledge and history without drowning you in novelty. Well…besides its famous “town musicians” from the Brothers Grimm fairytale.

Bologna – So if I were to describe Bologna as a person, she would be a young lady about my age – mid to late thirties – carrying an oversized bag, not necessarily for fashion but for practicality. Casually tossing in whatever caught her fancy into it. Vivacious without being over the top, an old school beauty without being conceited or overtly self-aware. Digging into richly flavored gelato while subconsciously walking away those calories. Because Bologna isn’t about the surface. She’s full depth, pure radiance inside, open-minded, and fully alive. Bologna meets you with a hug, grabs you by the hand, and instantly introduces you to all her friends. Who in turn become yours as well.

Kilkenny – The small Irish city of Kilkenny is straight-up chicken soup for the soul. It is the very reason why we travel writers desperately keep looking for synonyms for the overused word “quaint”. And while we keep digging, Kilkenny keeps smiling back at us quaintly. Like an old lady who grins every time your gazes meet with crow’s feet of wisdom around her eyes. Pedestrian lanes flanked by colorful shops, boutiques, and family-run businesses housed in historic buildings. Every single hue from the color wheel represented in their façades. Even on the gloomiest of days, it feels like the city’s colorful aesthetic gently pats you on the back, saying “Chin up!”.

Lucerne feels like an elegant middle-aged lady. One wearing off-white pearls around her neck as she crouches on her knees in the dirt beneath a wide-brimmed hat, tending to her rose garden while wearing rubber gloves. Lucerne sits lakeside on a white wicker chair on lazy Sunday afternoons poring through romantic thrillers. This is after she has completed her morning Pilates session and has finally booked that trek to Kilimanjaro.

Because Lucerne is worldly. She blends old money with new enterprise, wisdom with youthful exuberance, and yet, still feels very approachable and makes you feel at home.

Bern – Despite its age, Bern feels like a young studious clerk. One you can rely on to anticipate your next move and get you what you need on time. One wearing a newsboy messenger cap in brown tweed with a matching tweed vest. Hurrying along to make sure work is getting done, yet polite enough to stop and listen to what you need and address it as best as he can. Logical, practical, and loyal.

For me, Bern is synonymous with beauty in the details that we often overlook and that steadfast relationship we subconsciously count on and don’t realize until we fully stop to take them in and acknowledge them. And when we stop, we realize just how heartachingly handsome (or gorgeous) they’ve been all along in their understated way.

But as with people, you need to spend time with them to get to know them better.