“It must be so easy to move on when there are no consequences for you” …Annemarie (a very wise friend and ally).

I’m a practicing Christian. One deeply guided by my faith.

This has often kept me out of the “cool” club both personally and career-wise. I have taken a lot of superficial insults by virtue of being black, African, and a woman over the years, yet the deepest insult hurled at me was being called a selfish prude by someone I once deeply loved because it attacked the very core of who I am.

I’m also human and I’ve made both good and poor choices but they ultimately always led me back to my strong beliefs that there is a force so much bigger than I am which I am in absolute awe of.

So, with me, what you see is what you get. That’s it. This might make me boring, not exciting, not cool, maybe even seen as weak because my faith is the central core of who I am as a person and what I believe.

I always choose tangible actions instead of intangible words. With regards to diversity, I physically reach out and pull others of color up behind the scenes over vocalizing every single gesture publicly. I speak when speaking up will genuinely help lift others up and I save my voice within echo chambers.

I also happen to be one of the most open-minded practicing Christians you’ll ever come across.

Because we all choose to interpret the words of the Bible differently and for me, there is only one commandment I believe I was created to obey.

My sole purpose on earth is to be a physical manifestation of God’s love as best as I can be to my neighbor. And my neighbor is everyone I meet regardless of color, gender, religion, orientation, and political belief. Some of my closest friends are Muslims and some are gay.

Sometimes I fail, sometimes I succeed but that word, LOVE, that word is so intrinsic to who I am as a person. Anything else outside of that word feels foreign and deeply alien. 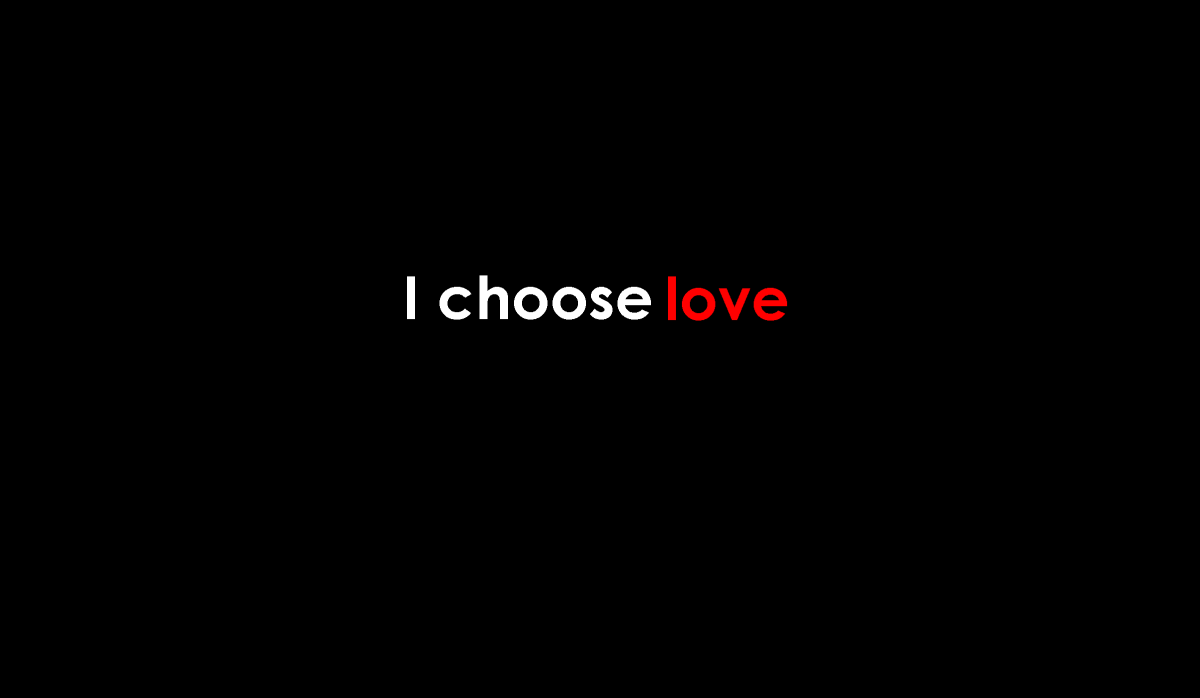 This also means as a Christian, I don’t have the luxury of judging others.

So, I find it mind-boggling that judging people and politically trying to take away other people’s rights and their freedoms of choice God has bestowed upon them is being done under the guise of religion.

We all know what happened on November 8.

Needless to say, I was devastated by the results. Deeply devastated. It was way beyond liberal and conservative at that point. Yes, she lost but what bothered me was so much deeper.

I’ve struggled for days to put what I was feeling on so many complex levels into words until I ran across my friend Annemarie’s words below.

“It must be so easy to move on when there are no consequences for you.”

It is very difficult for me to accept the pure hate and othering on which his campaign was run on because hate is the absolute antithesis of everything I stand for and embody as a Christian based on my own interpretation of the Bible which I have outlined above.

The hate and fear/mongering that has gotten us all to this point is intrinsically foreign and alien to me.

So, I can’t just look past it and move on.

I fully understand that people felt their voices weren’t being heard and that they were tired of the establishment. I understand frustration, I understand disappointment against a corrupt and rigged system. I understand deep fear.

Heck, I am a woman of color so that is pretty much the story of my life. The stories of every marginalized group throughout history.

Maybe this was the crack needed to make you see what it feels like to feel marginalized. To not have your voices heard. To feel what I have felt all my life the minute I crossed the Atlantic and arrived on America’s shores.

But what I am having a hard time moving past is that people were willing to give such a civil liberties violation pass because the issues they deeply cared about would be brought into the Office of the President.

This conversation can’t be had and subsequently left at the policy level. This cruel and unusual election process took it right down into the gutter and forced (some) very good people to choose at the expense of the basic human rights of others.  And this is putting aside the double standards marginalized people already must fight every single day.

I have had some friends who voted for him reach out to me saying that I needed to try to move on and give him the benefit of doubt.  That they had to suffer the past eight years and now it was our turn. That they were uncomfortable being classed and profiled under the same sentiment that their more extreme fellow supporters share. That they do love me but were tired of the system.

Many of them are very good people I’ve known for decades.

But you see, I can’t just “move on” and they don’t get a pass to just feel better because it makes them uncomfortable.

Because what I must come to grips with is the fact that people who say they love me have unwittingly contributed to a very hostile climate that physically threatens me and my family over tax cuts and other governmental policies they want and conservative judges they desire.

I find it very hard to believe that kind of love that clearly puts me in danger.

Telling me to move on means you’re uncomfortable fully acknowledging my pain and hearing my voice. That you want me to look past racism, sexism, misogyny, discrimination, and all other aspects of hate that you say you are against but are willing to give a pass so policies you want can finally be put in place. I may forgive but I will never condone or turn a blind eye.

It is easy to say move on when there are no consequences for you and your own family and you are automatically protected by a system rigged to protect you at all costs.

That is the line we crossed on November 8 and that line had nothing to do with both political parties.

So, my call to action is simple. We need to search our souls and search them deeply.

Where do I personally go from here? The same place I always go.

Off the knees I was beaten down onto yet again.

And I move forward proactively with the same resilience all people of color and marginalized groups of people are born with. The one that goes into survival mode to self-protect yet works tirelessly to advocate and uplift, the one that reaches out to its allies who can open those doors and break down those barriers through their networks, and the one that bands together under the banner of love.