Murals and street art in Aruba

When I arrived onto the island of Aruba, it was with no preset expectations. Despite visiting roughly 70+ countries, the Caribbean remains a region I haven’t explored in depth beyond Bermuda. Plus, while traveling to Aruba, I wanted to focus more on local cultural experiences because I wanted to avoid clichés of the island country I’ve seen.

A mere 25-30 minute drive from Aruba’s colorful and pint-sized capital Oranjestad is where I saw a different side of Aruba that awakened the artist in me.

Once a community reserved for Aruba’s wealthiest citizens in the past due to an active refinery and port access, San Nicolas plunged into urban decay for many years until it was reborn in the most vibrant way – as Aruba’s only mural district with some of the best murals and street art I’ve seen during my travels.

Often called Aruba’s second city, San Nicolas has gone through many reincarnations before morphing into the sanctuary for art it currently is. From a port feeding its former gold mines and refinery in the region to a hub during the WWII, San Nicolas is also the origin of Aruba’s annual Carnival celebrations.

The mastermind behind the murals project, Oscar “Tito” Bolivar was inspired to revitalize the community and start an art culture movement after a visit to Colombia in 2015. “After seeing how art was everywhere on the streets and connecting people, I went back to Aruba and the concept of the Aruba Art Fair was born,” shares Bolivar.

After that epiphany in Colombia, Bolivar returned to Aruba and created the organization, ArtisA, which means ”Art is Aruba”.

Since its inception in 2016, some of the international street artists and muralists that have graced the walls of San Nicolas’ old houses and buildings include Bordalo II, Chemis, Fio Silva, Farid Ruedah, Street Art Chilango, Bond Truluv, Amsterdam Street Art, Dopie, Sjembakkus, Ivez One, Mr. Dheo, Pariz and mosaic artist Isidora Paz López who created my favourite piece below:

“The idea is to turn the forgotten city of San Nicolas into an Art District where one can enjoy galleries, art & crafts and our murals made as a gift from ArtisA to San Nicolas.”…Tito Bolivar

Bolivar organizes many public events such as street art fashion shows as well as its signature annual Aruba Art Fair (visited by over 20,000 people to date) and runs mural tours of the street art in Aruba.

As a photographer and former oil painter, rich vivid colors feel like a shot of adrenaline to my system. I bask and refuel in color. Every street corner I explored in San Nicolas was an explosion of art, creativity, and hues.

A very welcomed awe-inspiring shock to my system.

Here are some of the amazing street art in Aruba I experienced while exploring the San Nicholas community with Aruba Mural Tours which is a part of the nonprofit umbrella organization, ArtisA. 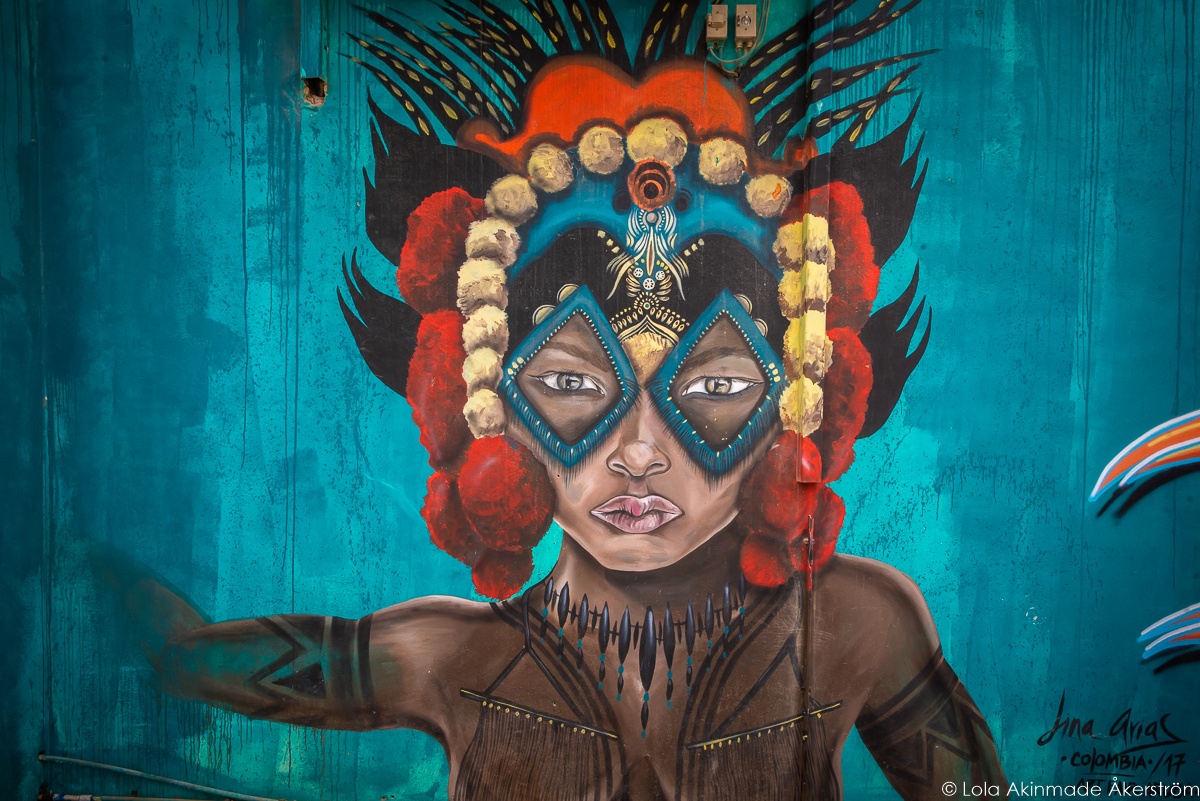 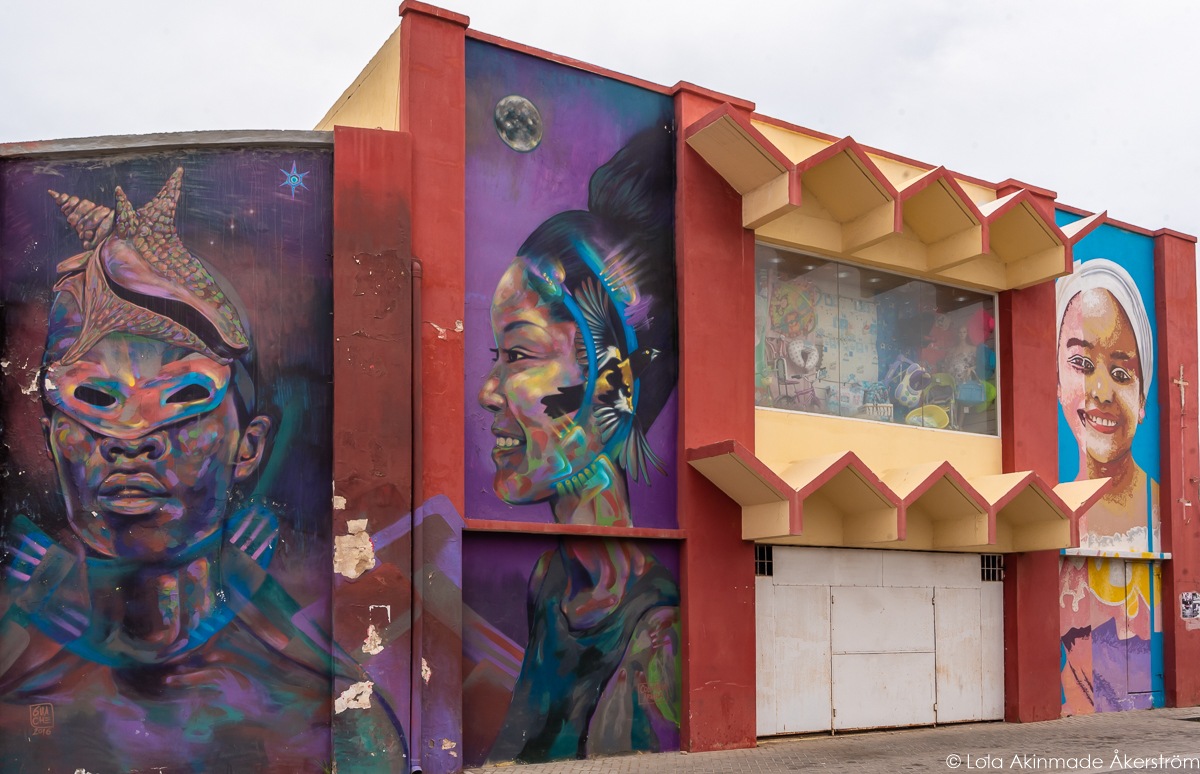 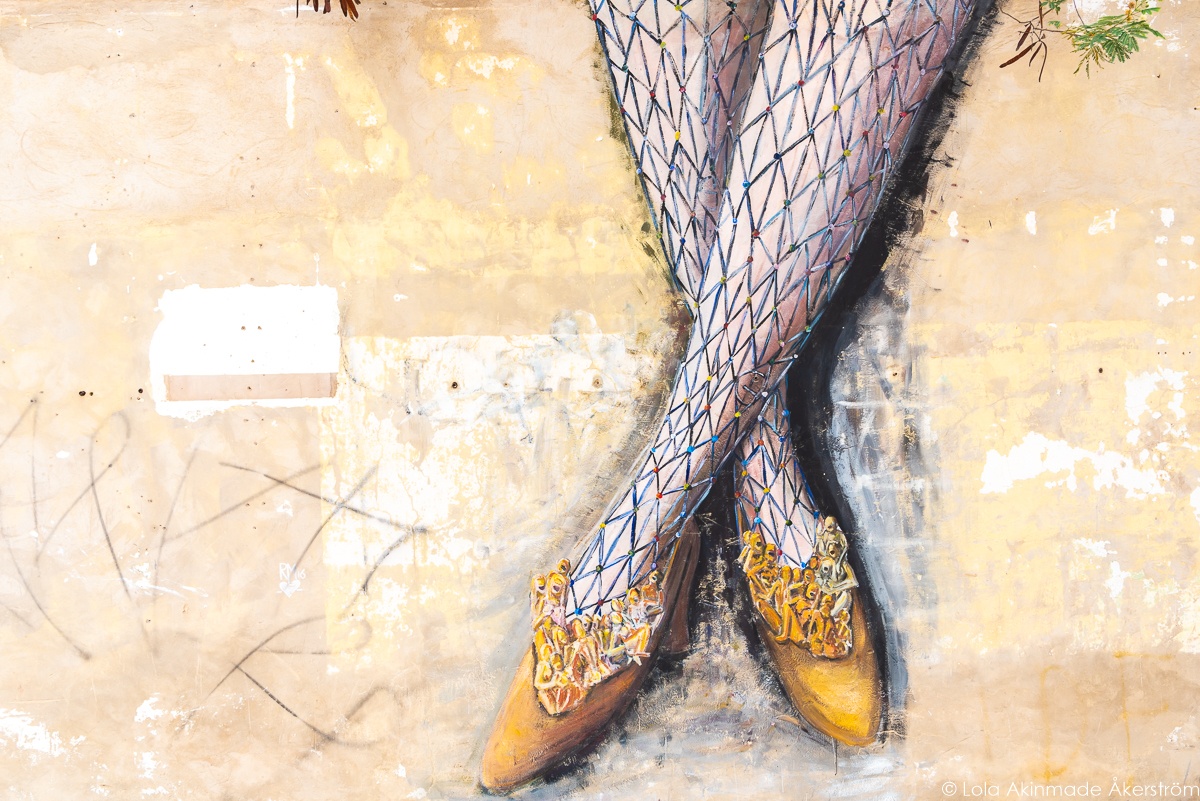 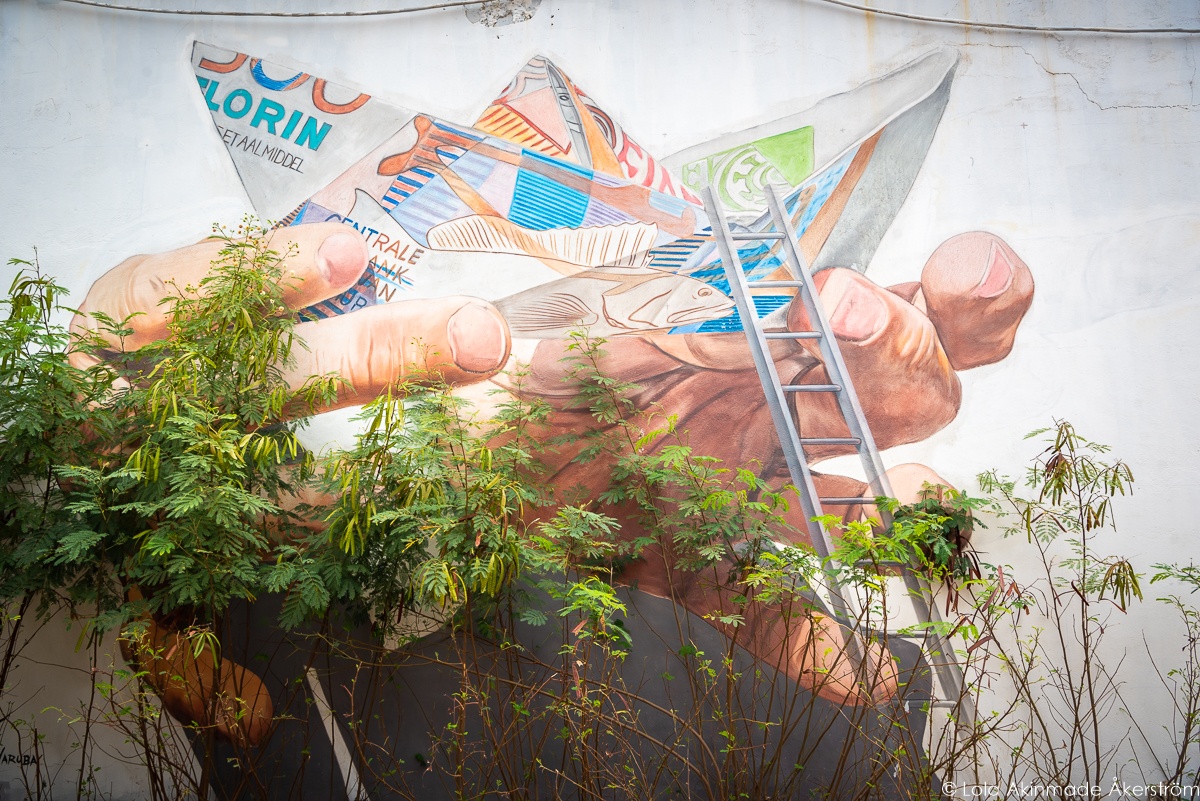 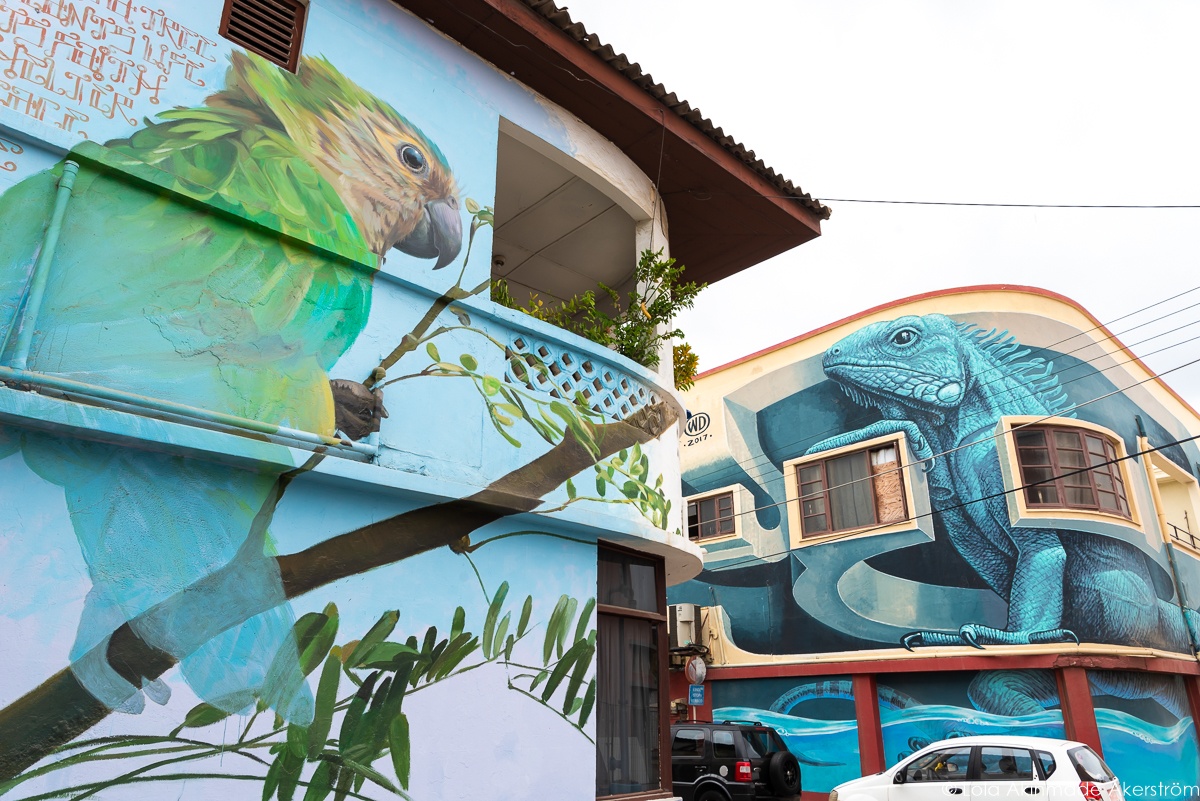 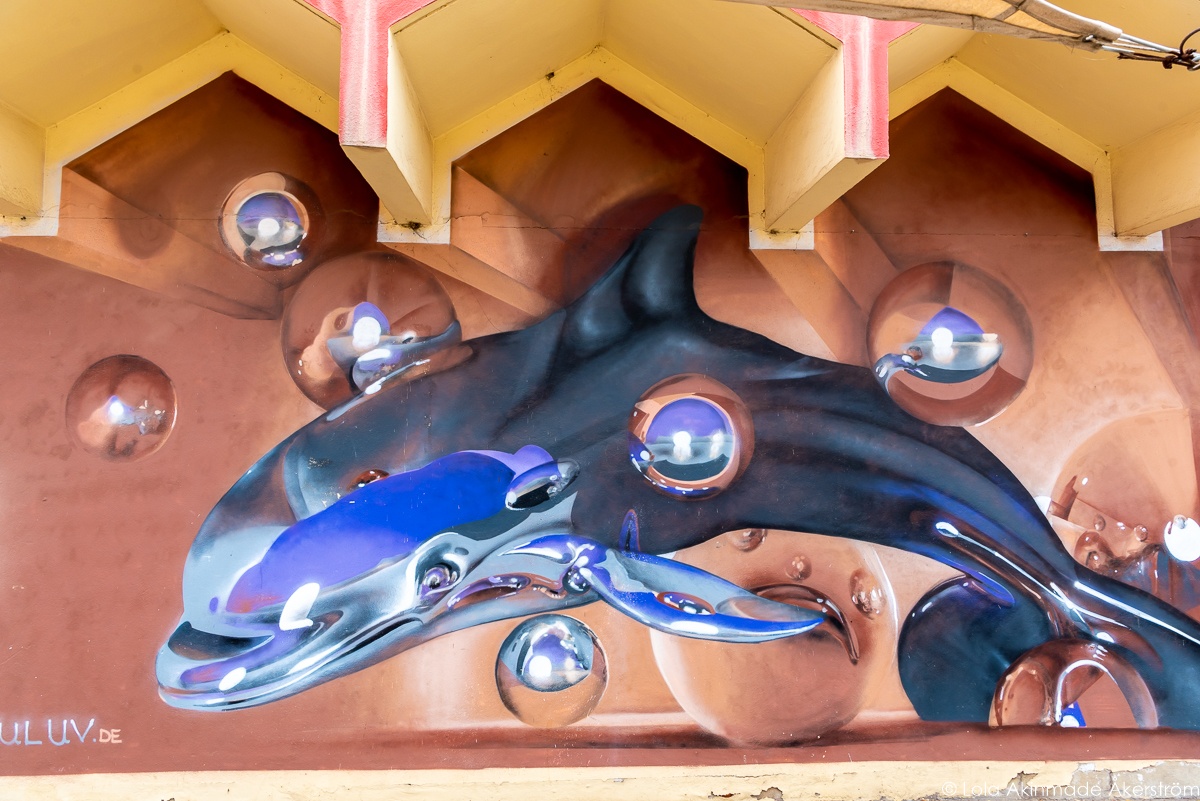 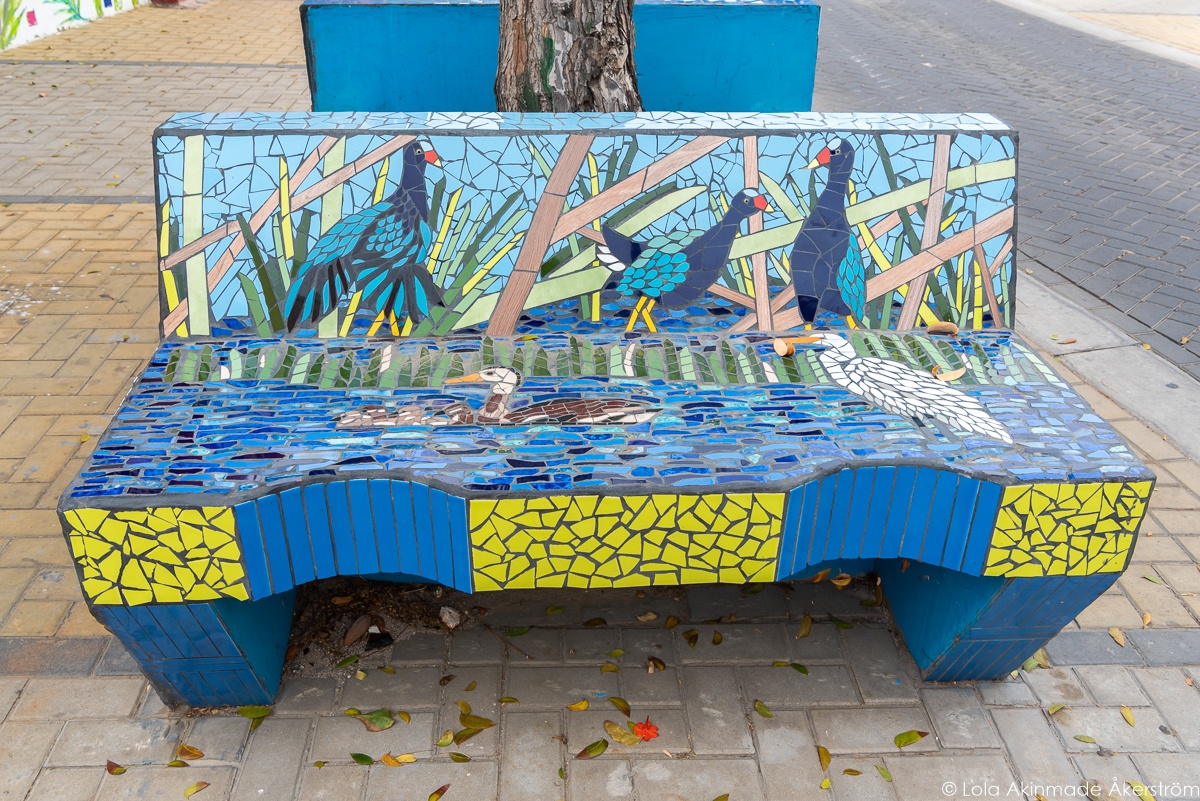 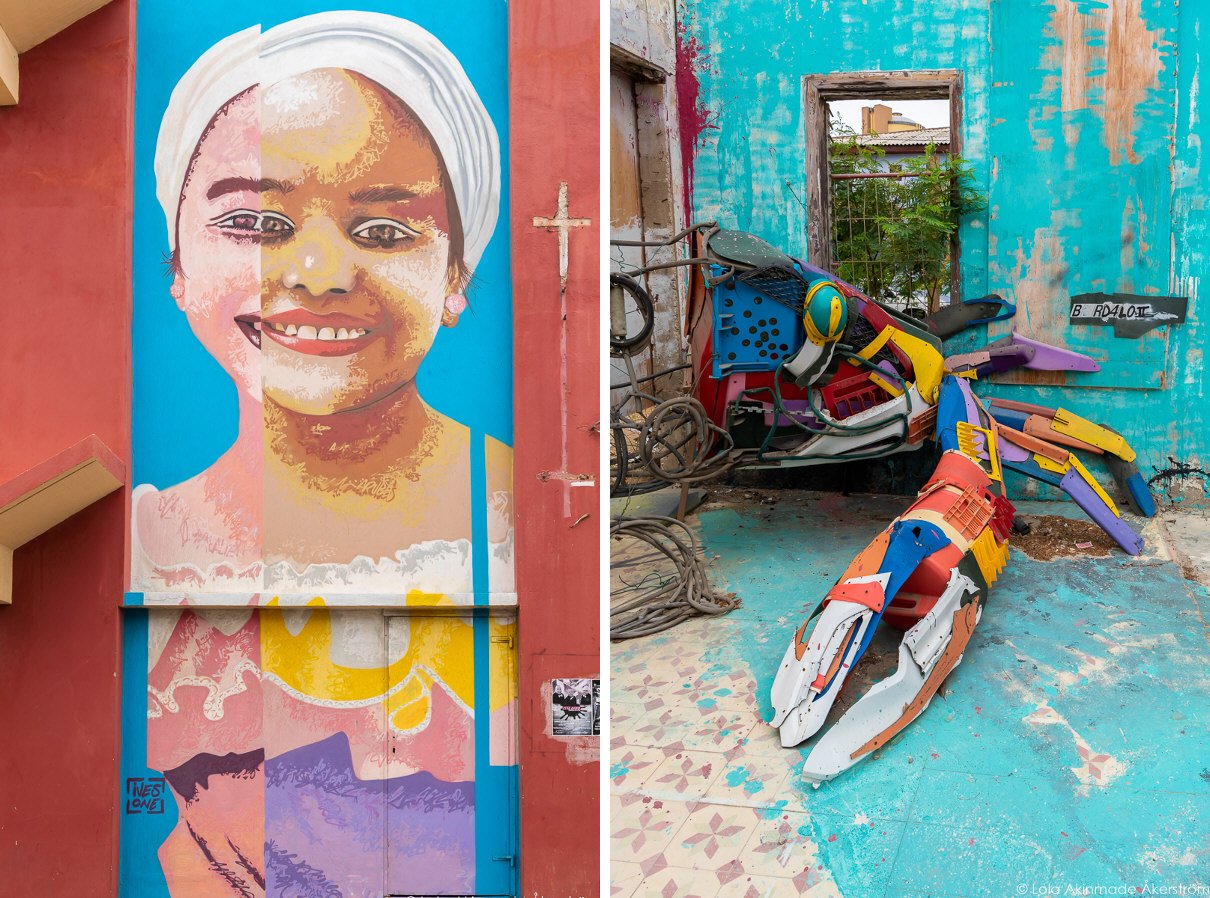 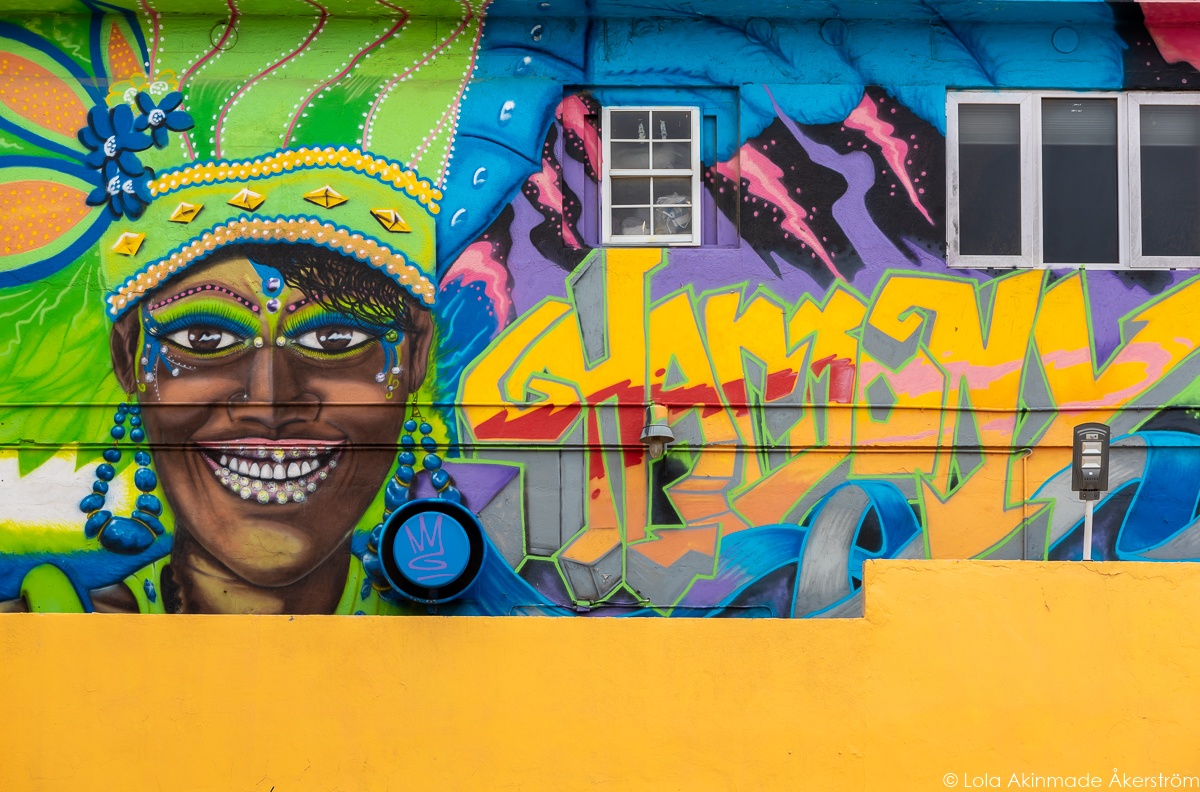 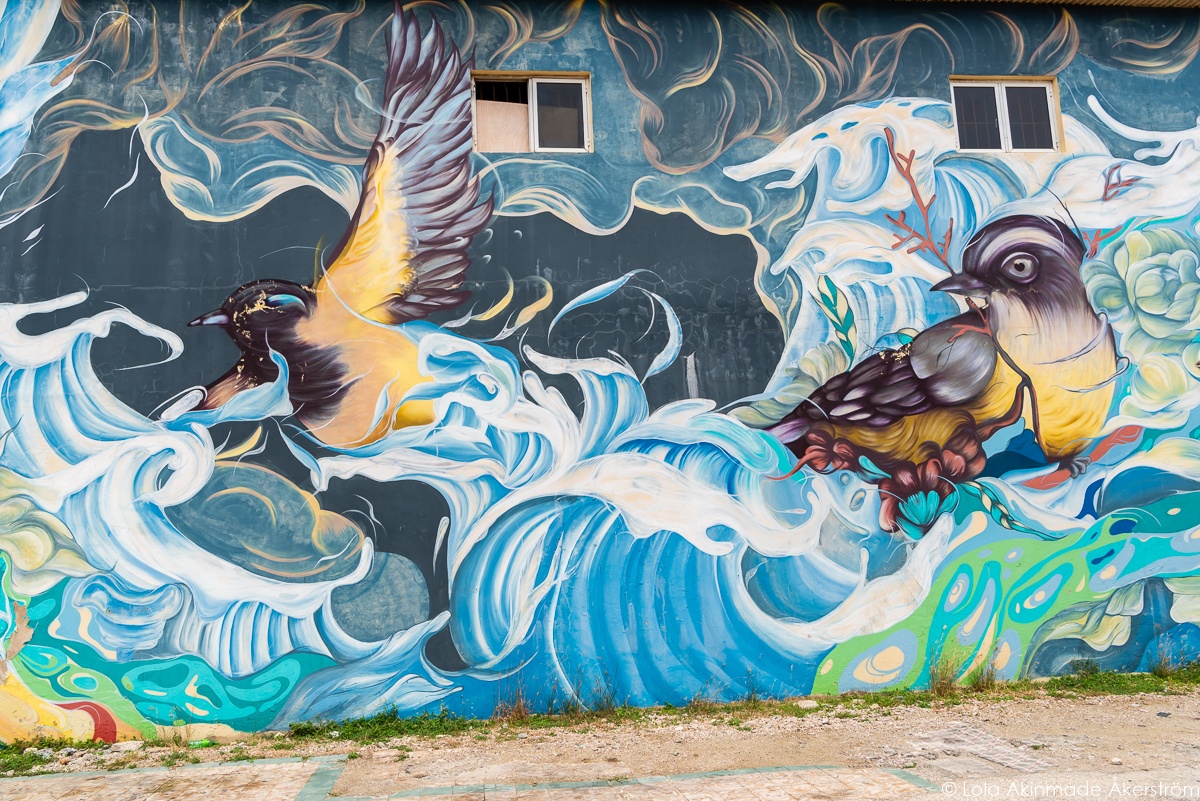 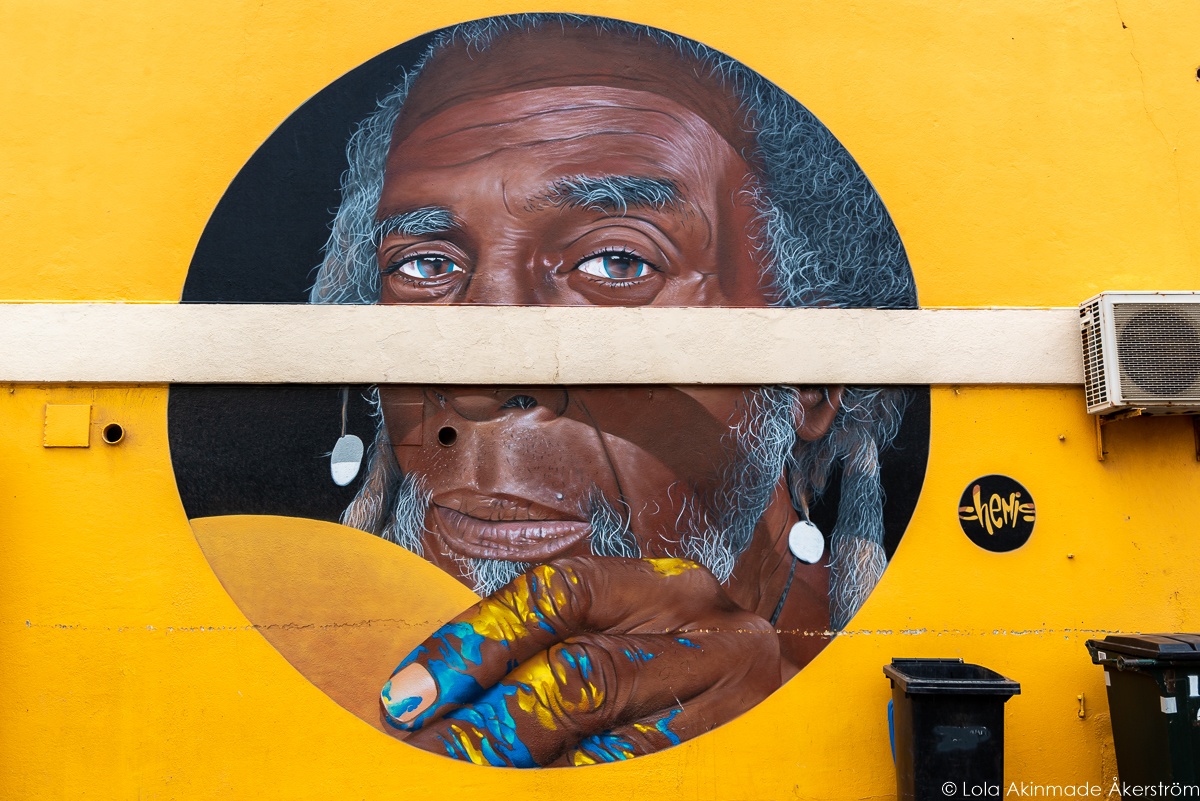 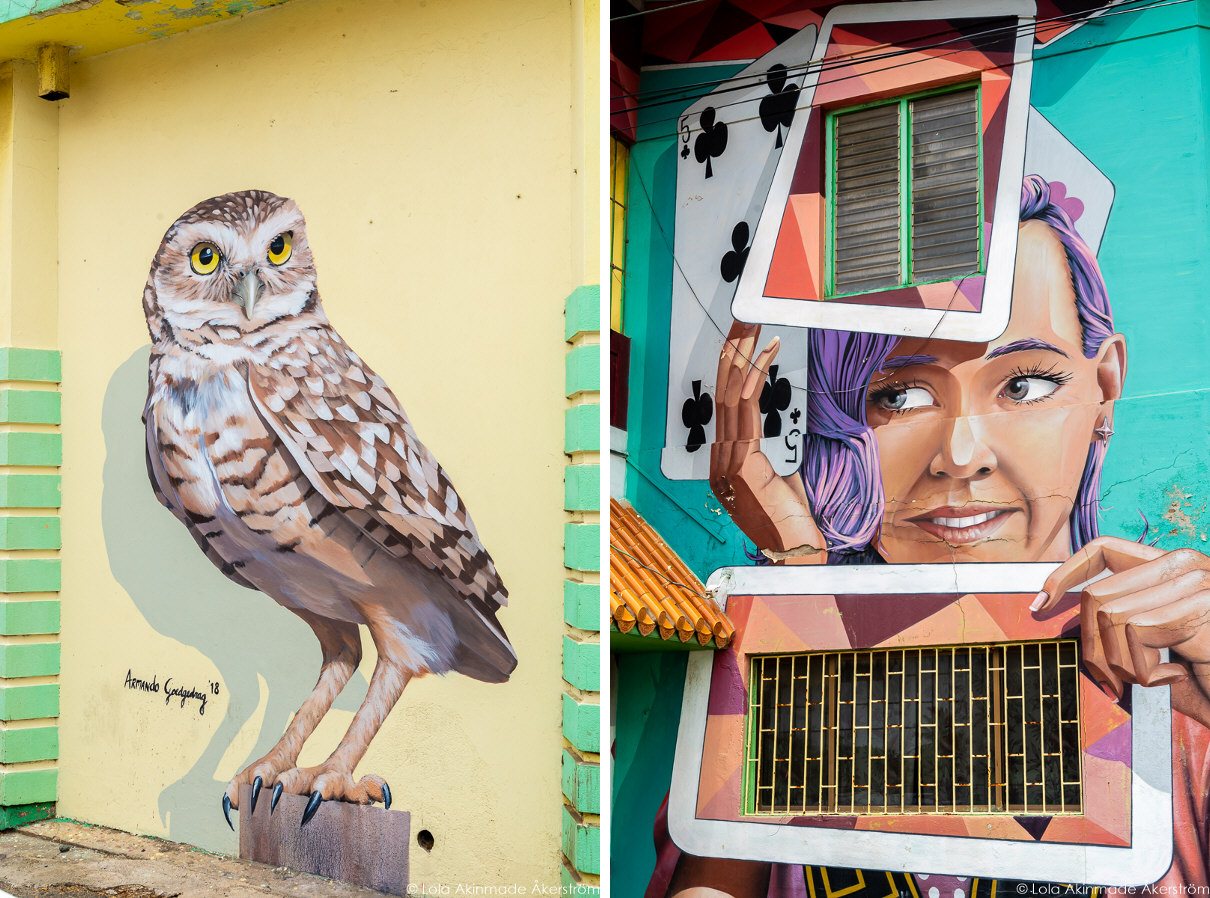 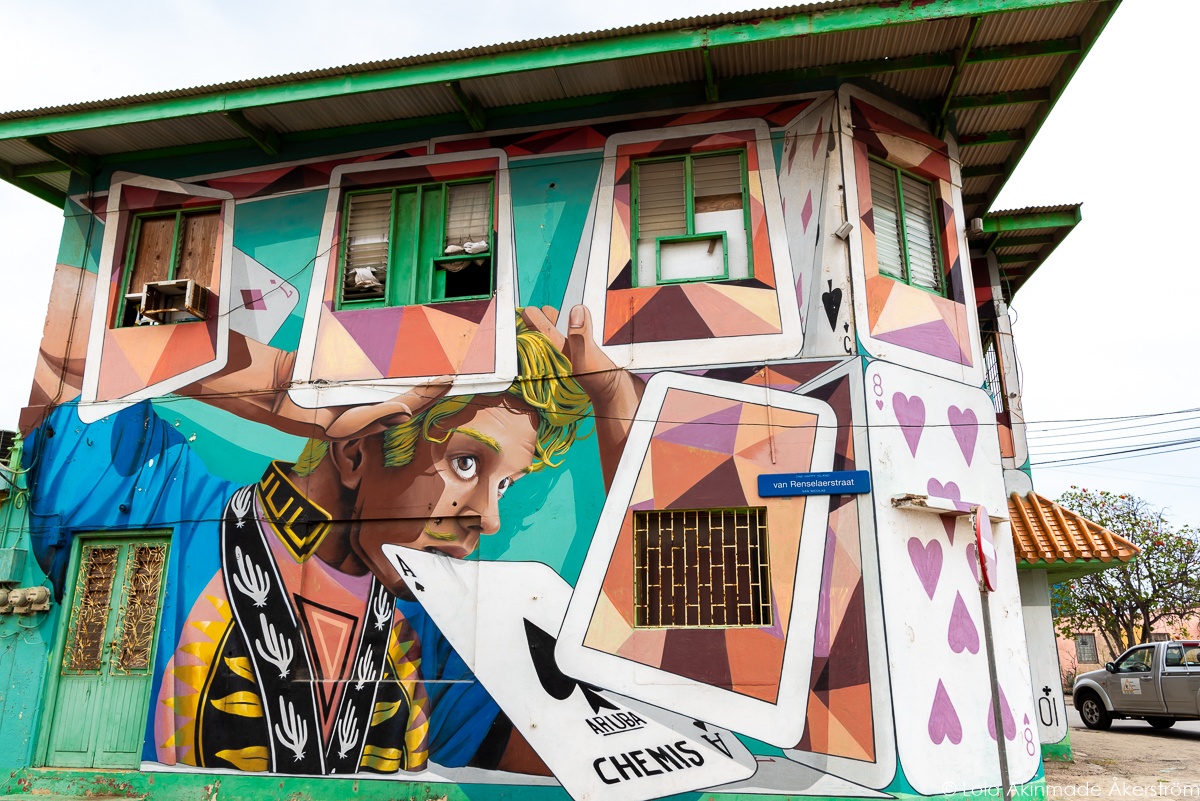 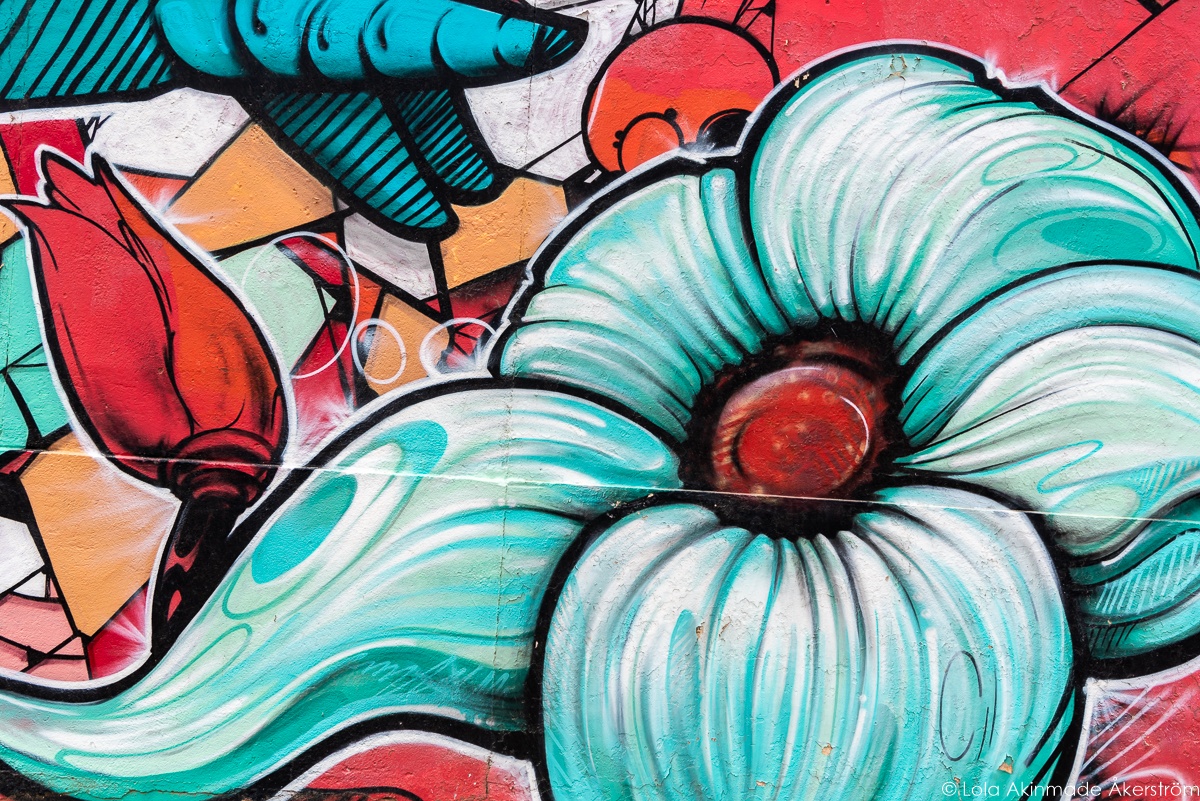 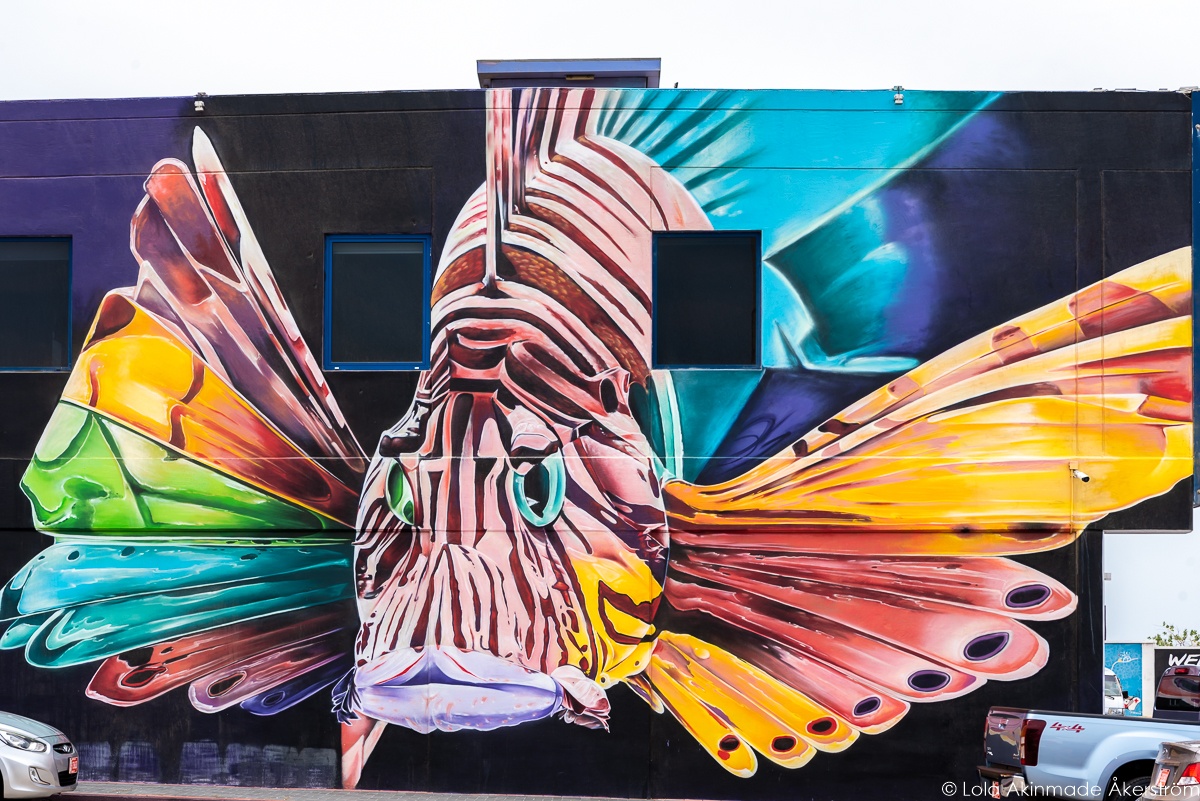 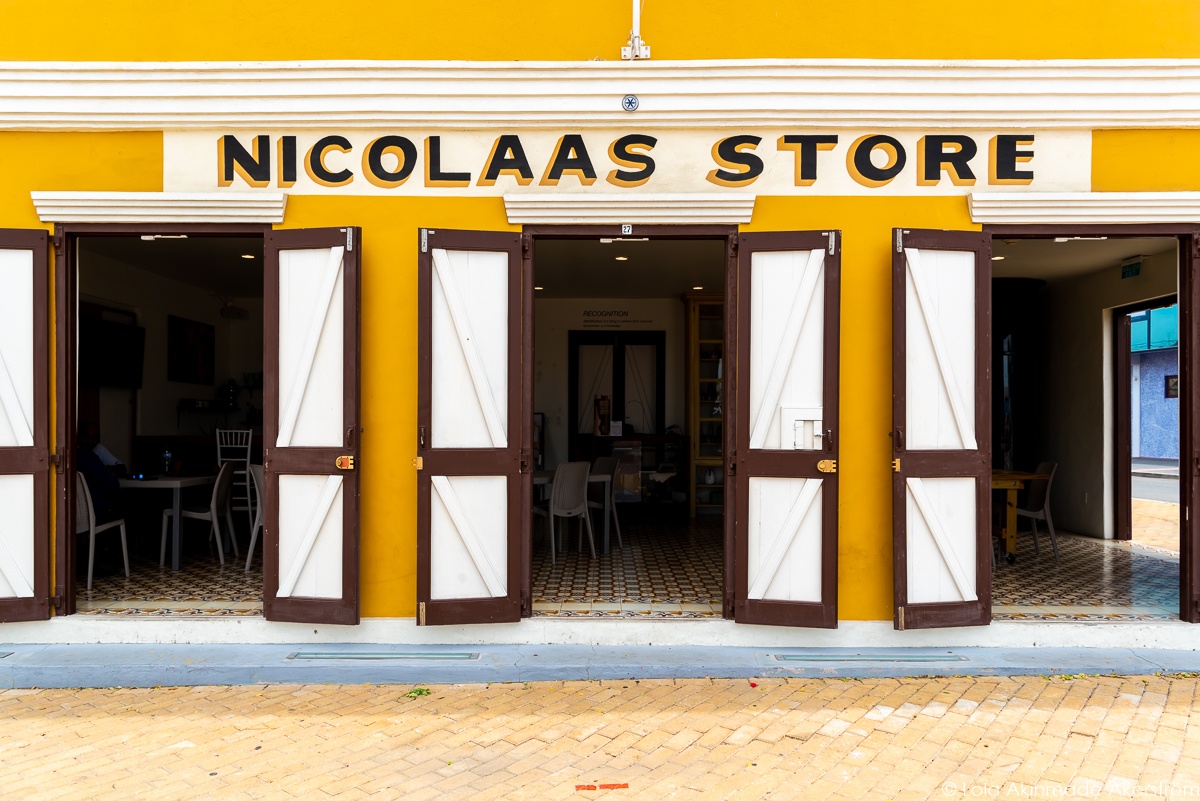 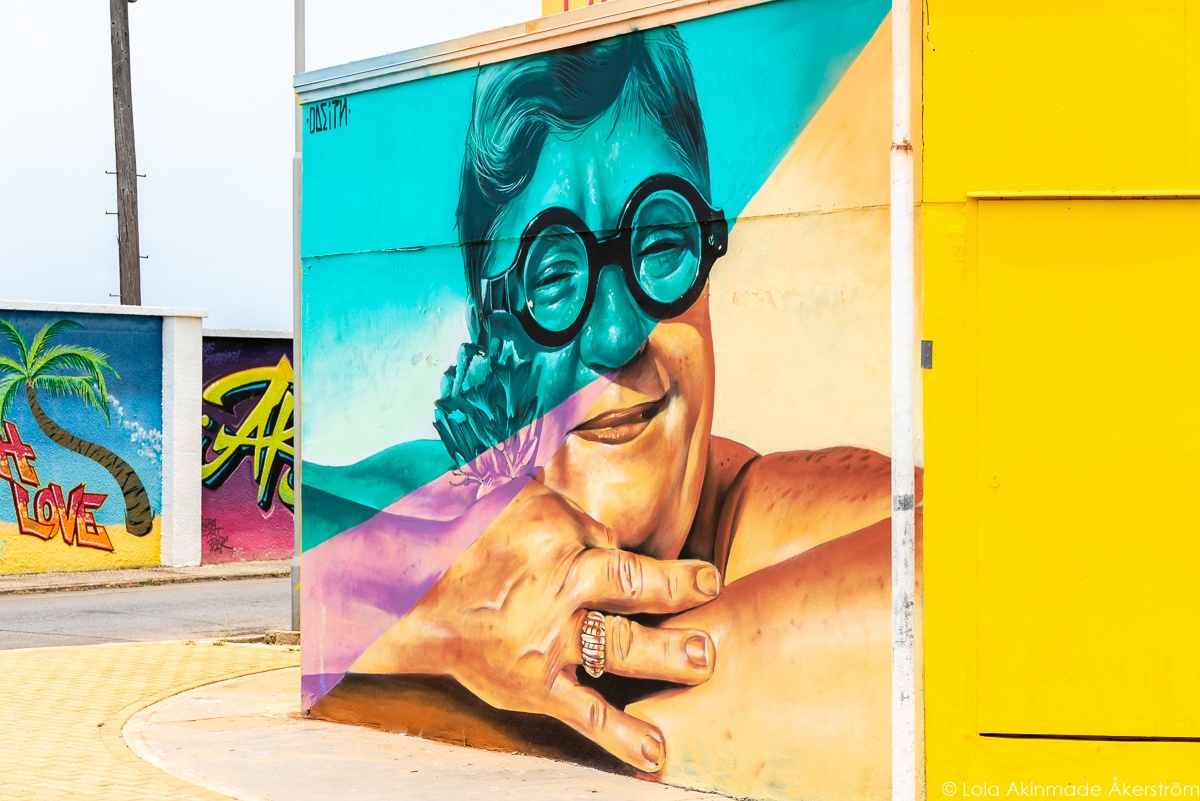 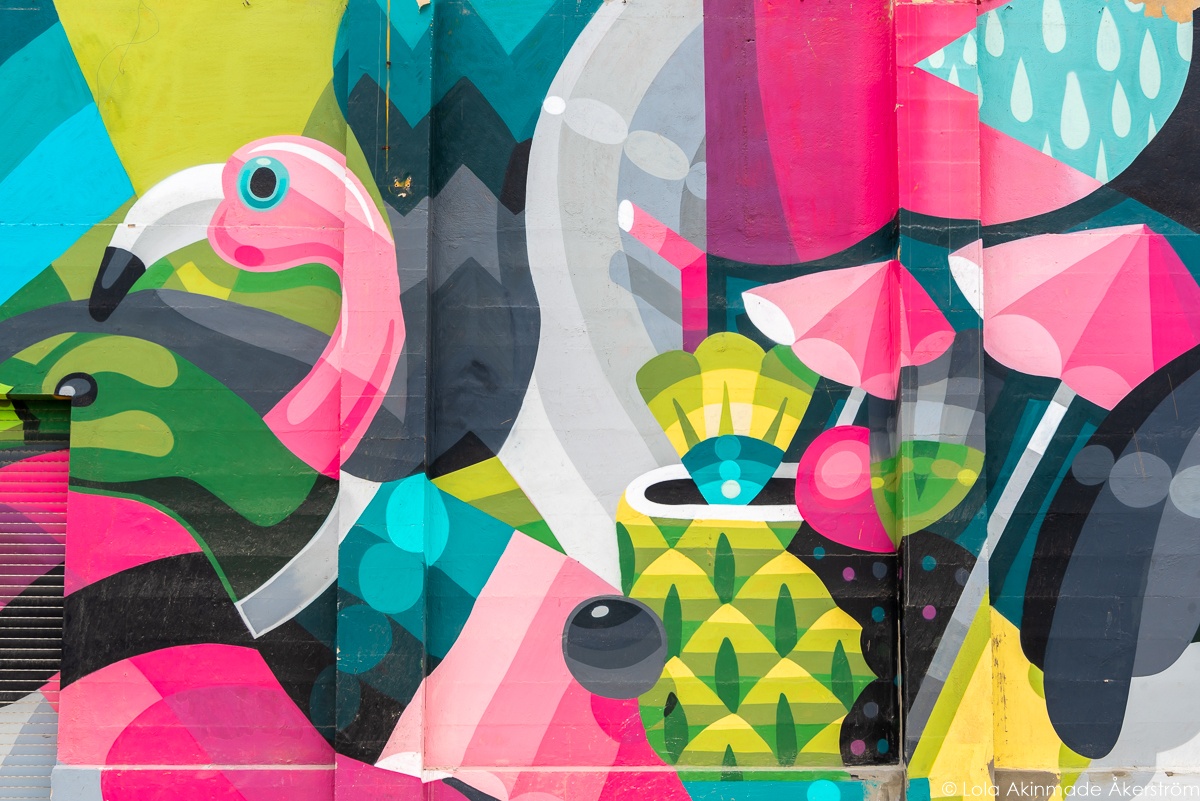 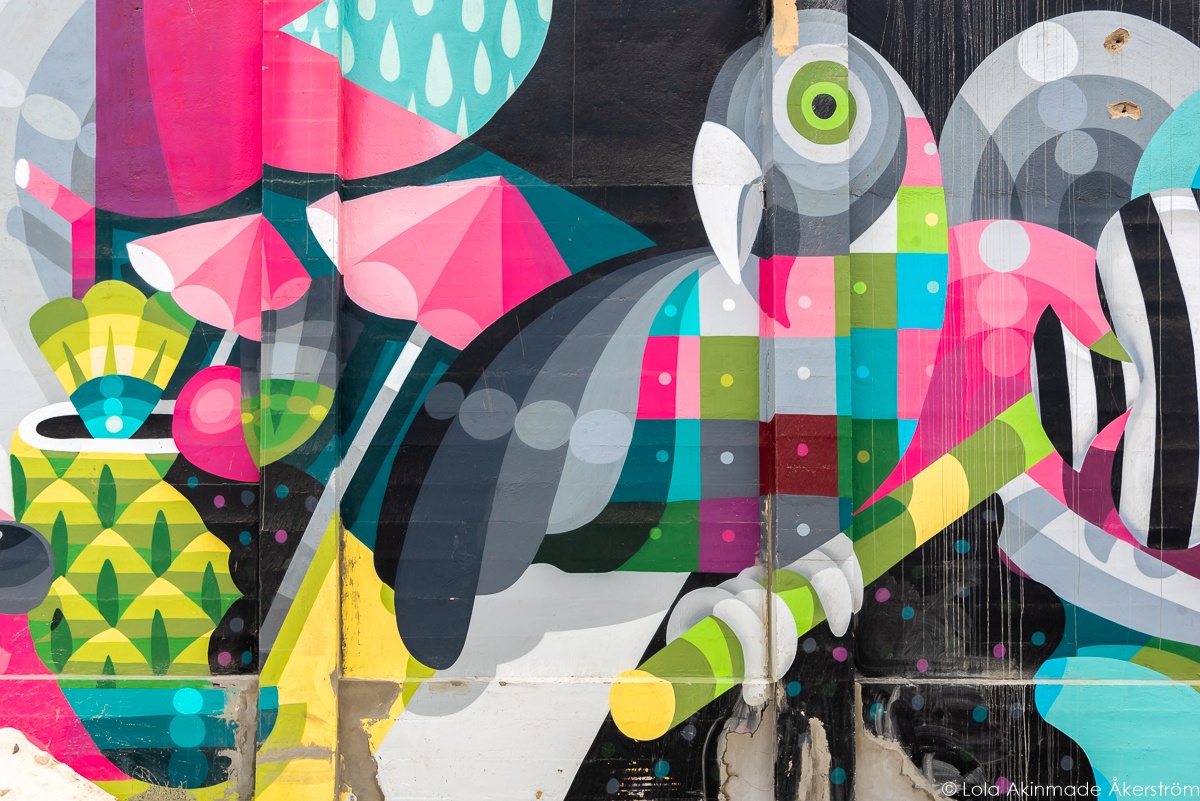 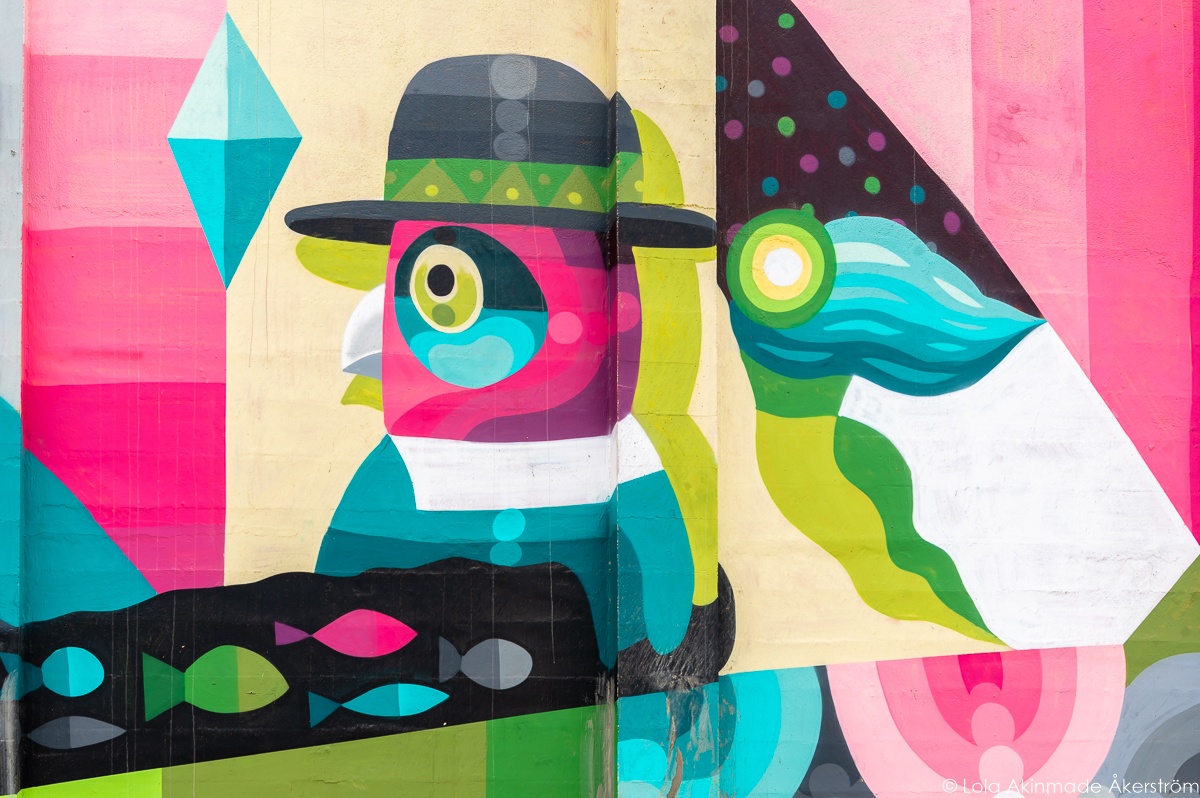 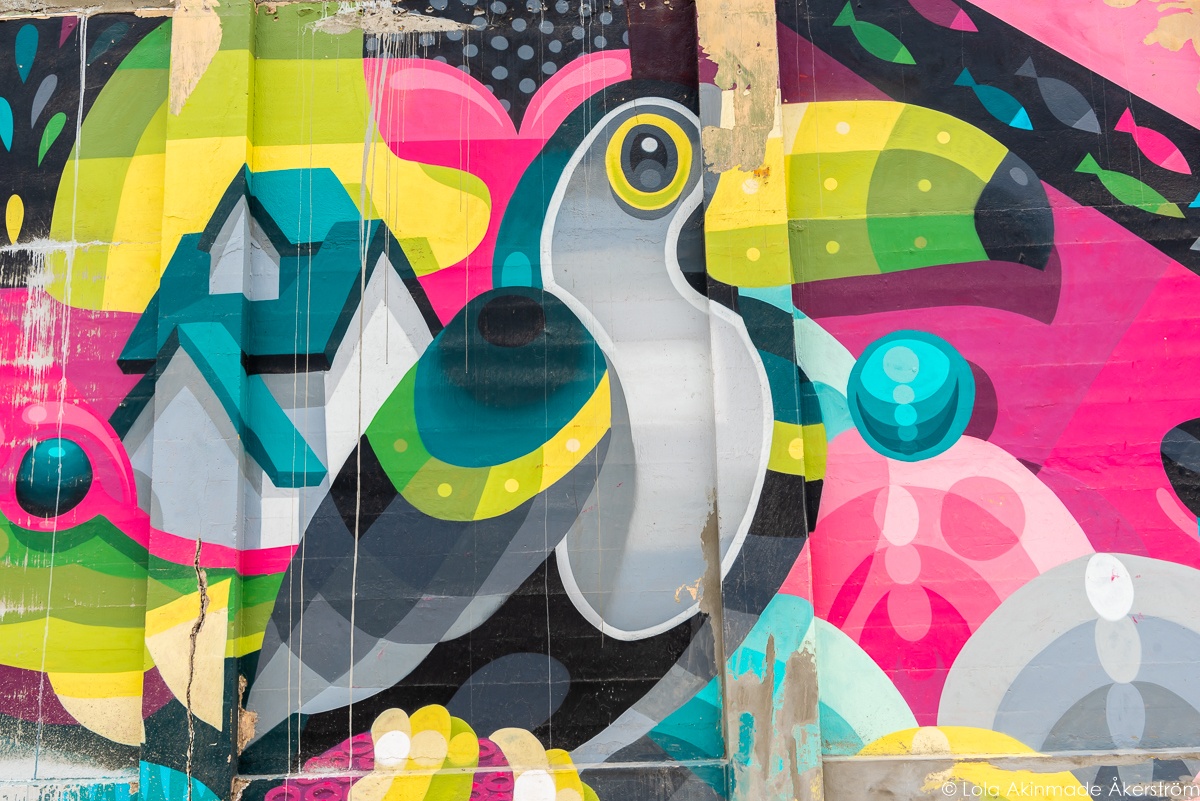 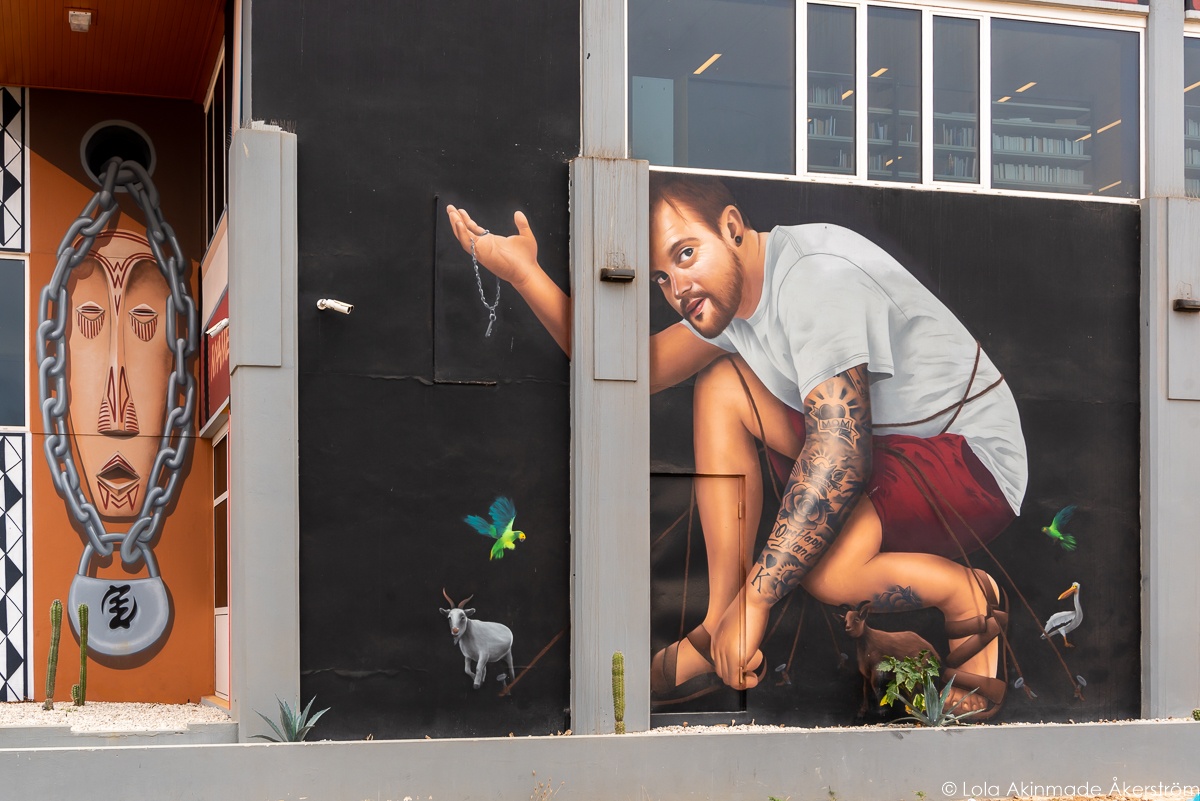 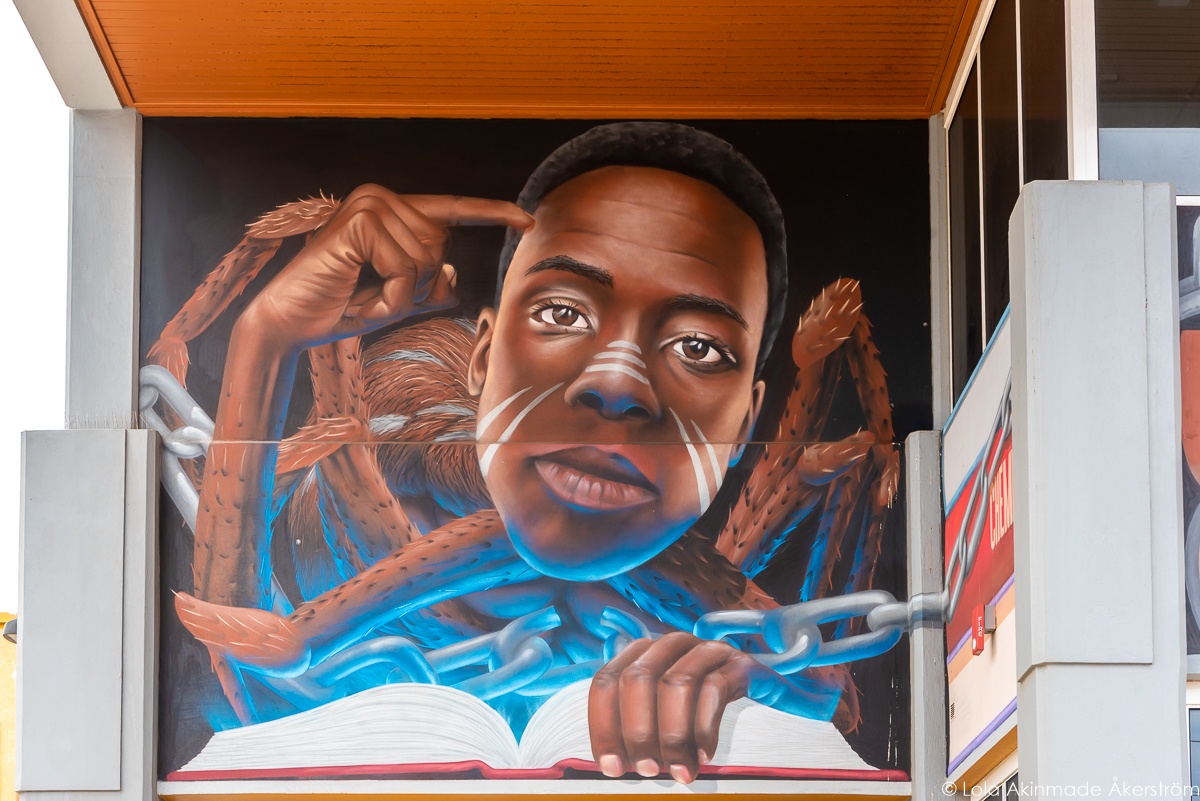 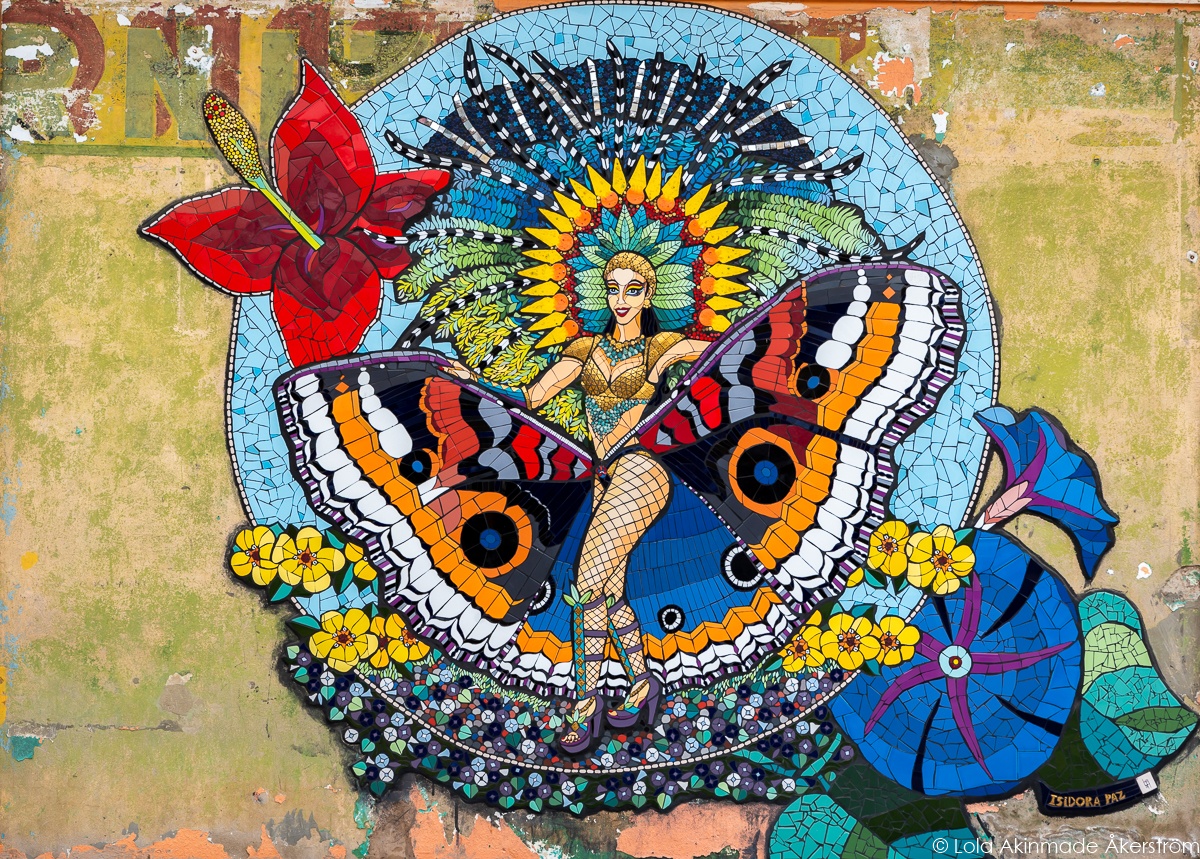 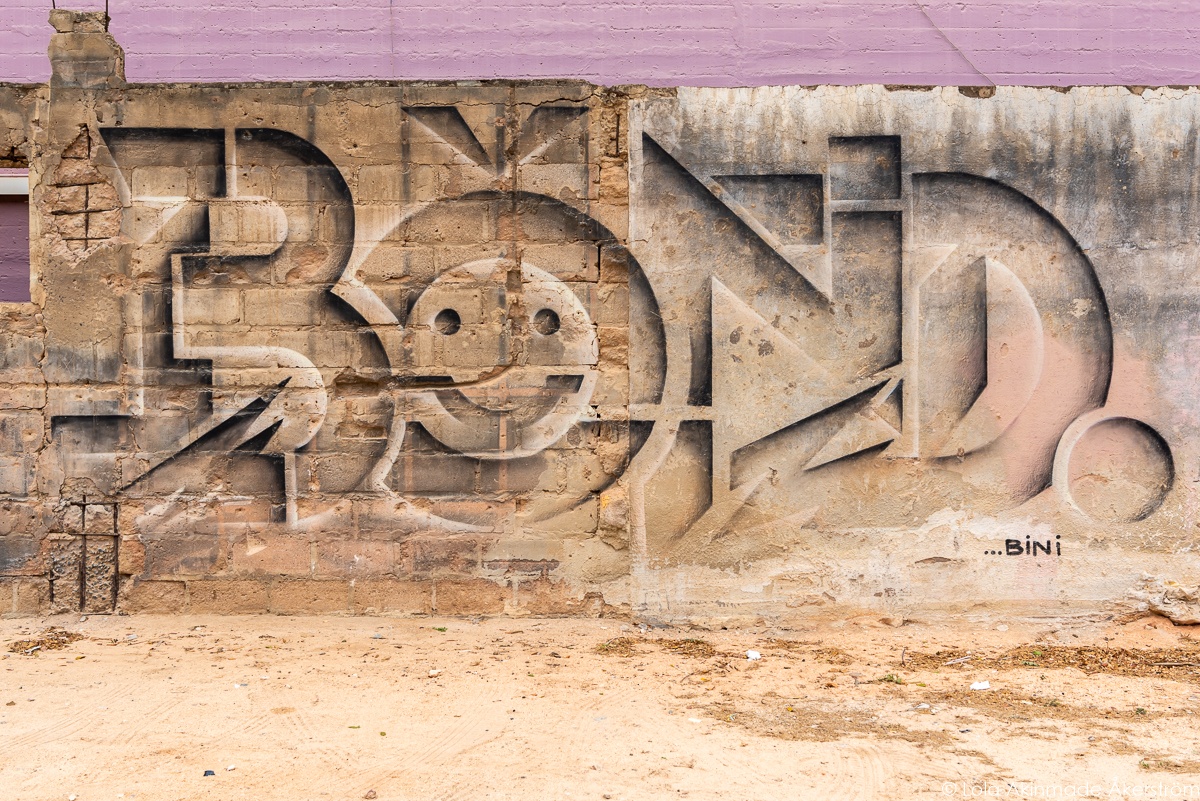 You can check out my image bank below for more photos of street art in Aruba’s San Nicolas district.

This article about street art in Aruba is part of our #NordicTBinAruba collaboration between Aruba Tourism Authority, KLM, and NordicTB. All opinions and views expressed are solely mine.