Our white Volkswagen minibus hurtled down the gravelly mud road like an apparition against the indigo blanket of night. Besides the crush of heavy wheels against small stones and thumping of hearts against rib cages, silence enveloped us both after anxiety filled our once steady flow of humorous banter. The occasional twig or branch slapping against the side of the bus would forcefully jolt us back into full alert.

The only source of light – headlights illuminating two small smoky circles ahead – showed the road converging into a narrower passage which seemed more like a footpath.  We jumped as the first drop of rain splashed aggressively against the windshield, almost tauntingly. Each subsequent drop exploded like a water-filled balloon.

Within minutes, the minibus nose-dived into a deep pothole, one of dozens which we’d later face. Andy fought with the manual stick-shift, changing gears, trying to climb back out of the muddy pit. The minibus grunted in protest like a massive pig being pushed by an exhausted farmer through a small wooden pen.

“Won’t you know it,” Andy joked. “We’ve got our very own jungle bus!” once it successfully lunged out of the pothole. We made it out only to dip into another crack barely a hundred feet ahead.

We weren’t lost. Markers had been placed along the way. All we needed to do was follow them as they drew us further into the depths of the island.

Hours earlier, Andy and I had stared helplessly down at Van, like confused kids at a sick parent, beads of sweat racing down his pale face as he lay. Brought down by some violent stomach flu, we, his interns, had been given precise orders to drive to the remote village of Naivucini where the expedition race was scheduled to kick off at the crack of dawn the following day.

Armed with nothing more than a rough paper sketch of directions showing the markers and enough bright-eyed enthusiasm to last weeks, we jetted off into the dark heartland of Viti Levu. 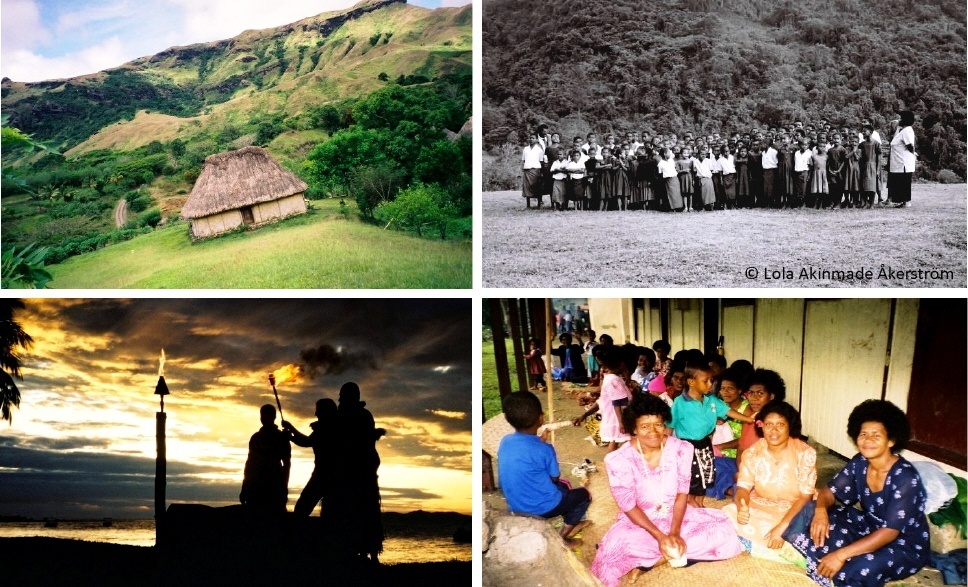 So began our private Fijian expedition which saw us rolling past muddy rugby pitches where dark skinned, shirtless men ran around clutching oval shaped balls dyed brown from overuse. The same social scene was repeated every couple kilometers down the road.  A handful of little boys were filed along the sidelines of each field, cheering as a tackle was beautifully executed, and jumping in eager anticipation of all the pickup rugby games  which lay ahead for them in a matter of years.

Leaning slightly out the window with my elbow resting on the door frame, I’d soak in the fresh breeze floating over from the Pacific Ocean, letting its revitalizing crispness course through me. We’d chuckle at the sight of the occasional fowl or stray dog darting across our path, but as soon as we veered inland and semi-paved roads gave way to mud grooves, laughter morphed into uncomfortable silence. A deep, dark fear rapidly gripped us and we braced ourselves for the unfamiliar animal that might scurry across the narrow road this time as we pressed deeper through the thick, dense rainforest.

Hearts beat faster in excitement hours later as our circles of light finally illuminated other apparitions parked in a shallow ravine alongside the road.  Arriving past midnight, headlights were replaced by smaller circles from handheld touch lights guiding us towards the improvised campsite in the middle of a damp, wet grassy field.

I hastily pitched my tent in the inkjet darkness; diving in fully clothed once it was barely up, afraid of what this opaque veil would reveal around me once it was lifted up. Rain pounded softly against the fabric walls in a soothing fashion rather than the provoking fit earlier on. The island was rocking me to sleep, it seemed.

Signaling her arrival, laser-like sunrays spilled through the seams of the tent, and I cracked open a small slot to finally peek at the world around me. Impenetrable, dark green vegetation encircled the makeshift campsite. Country flags on wooden sticks were pegged into the ground, representing each expedition team scheduled to race.

Dotting the landscape like wild mushrooms were thatched huts known as bures. Village women in ankle length flowery print dresses milled around, each spotting an oversized afro with the intermittent red hibiscus flower resting in the thick curly nest of natural hair.

Gravitating towards the soft choruses permeating the air, I found a cluster of women sitting crossed legged on the floor, making flowery leis.

“Bula! My sister!” a woman I’d later call Rose leapt off her feet, recognition filling her eyes. She threw the handmade necklace over my head, eyes glassy with tears, welcoming me warmly into the very belly of Fiji.

Save for our different attire, I looked just like her.

Note – Occasionally, I’ll be sharing pieces of travel narratives I’ve written but never found a home publication for. Here’s the first from the series.