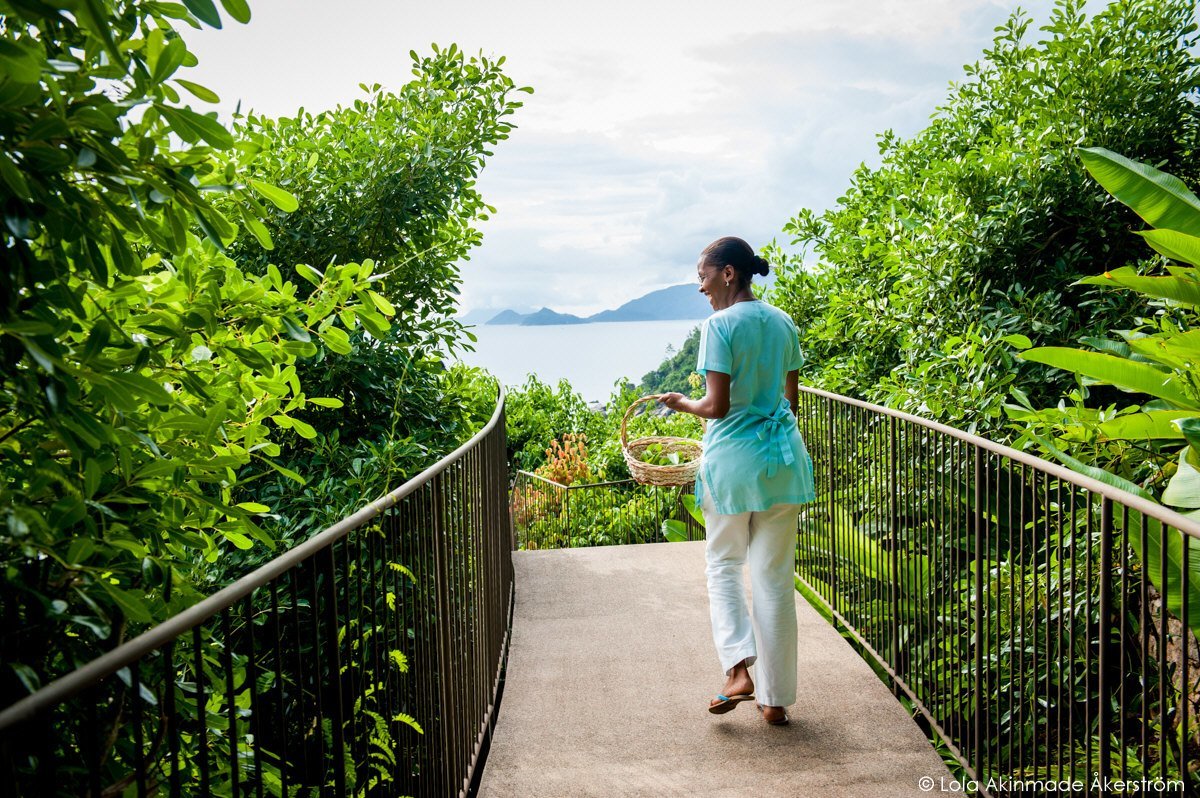 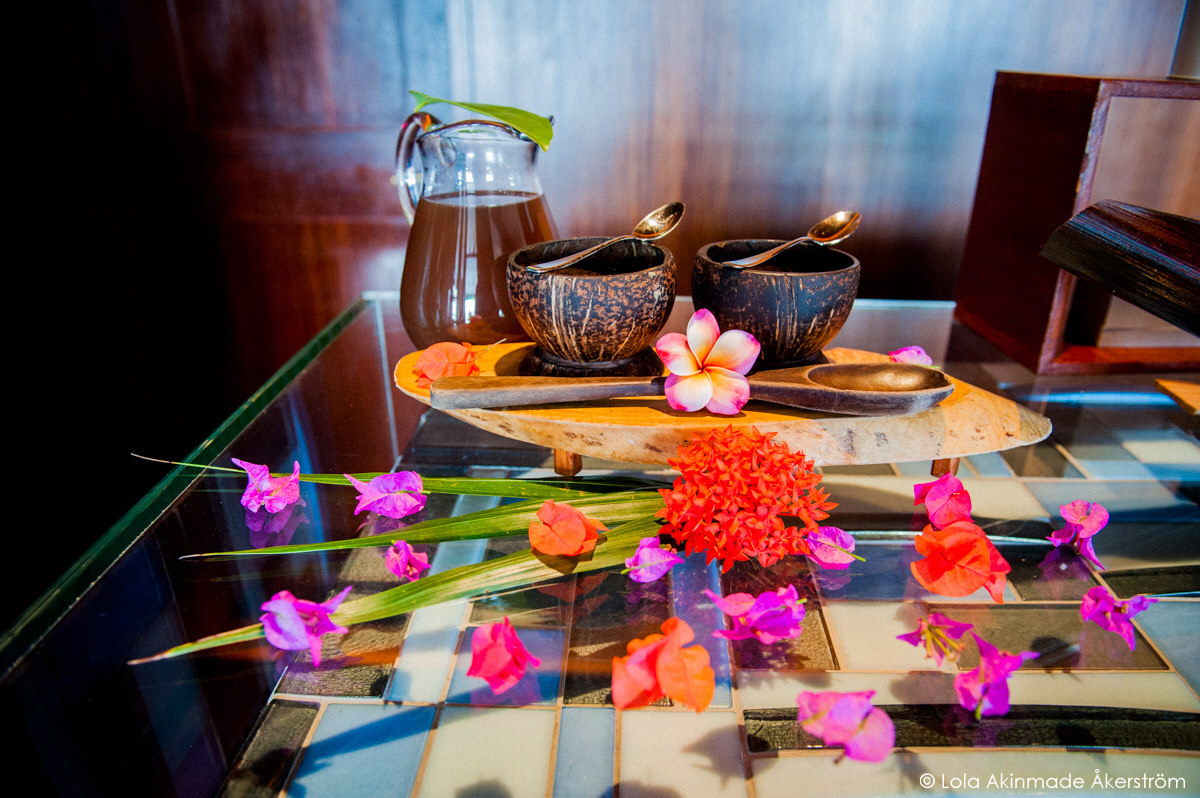 From time to time, I’ll be sharing some behind the scenes snippets like these from my assignments.

Upon arrival at the rejuvenating spa at Four Seasons Seychelles, guests are offered a relaxing cinnamon iced tea which is made with fresh cinnamon leaves that grow all over the resort. Cinnamon leaves are used instead of the more popular cinnamon bark which gives the tea its subtle flavor. Mixed with vanilla honey before serving, the tea also provides a ton of nutritional properties such as improving blood circulation, easing cold symptoms, relieving upset stomachs and menstrual pain, as well as detoxifying the body.

So during a trip to the property on assignment, I met up with spa therapist Fatima who guided me around, showed me where and how the leaves were plucked, as well as how to prepare the refreshing drink.

Fatima guides me through the landscaping around the FS Seychelles Spa with impressive views of the beach and surrounding bay. 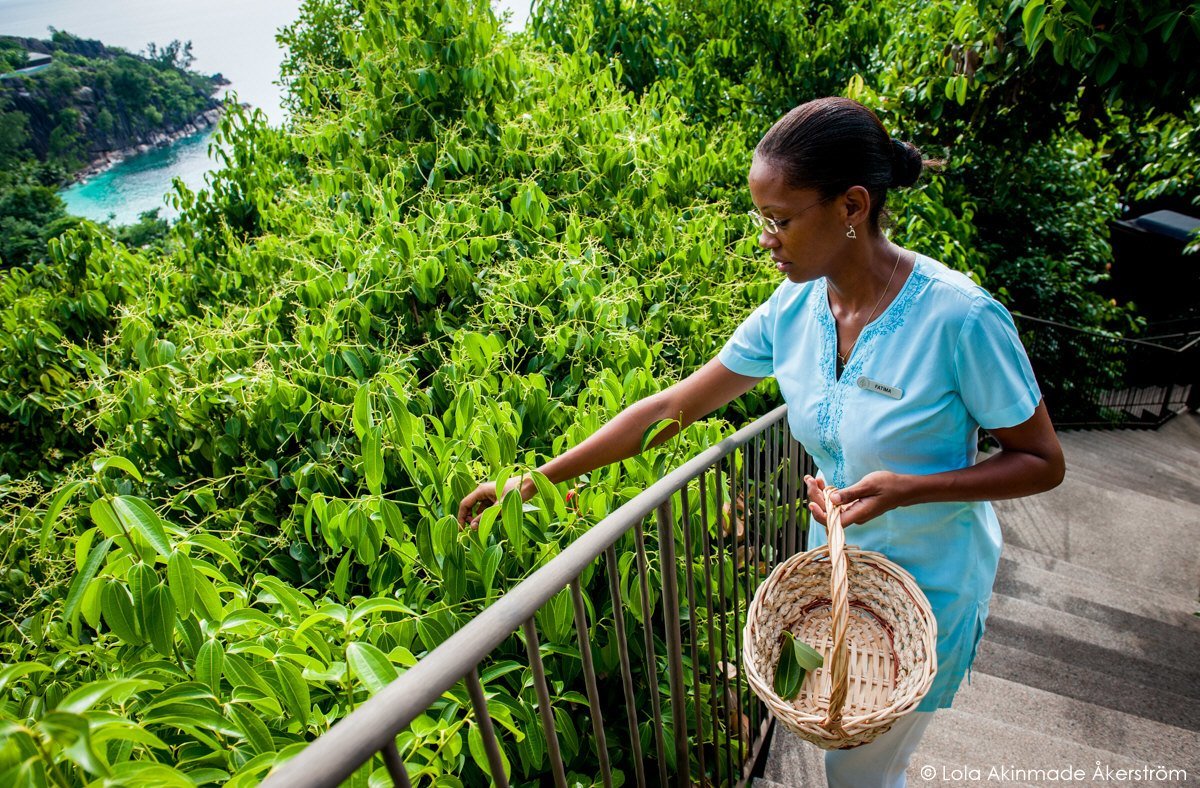 Stopping to pick a healthy batch of cinnamon leaves which we used to make the cinnamon drink. 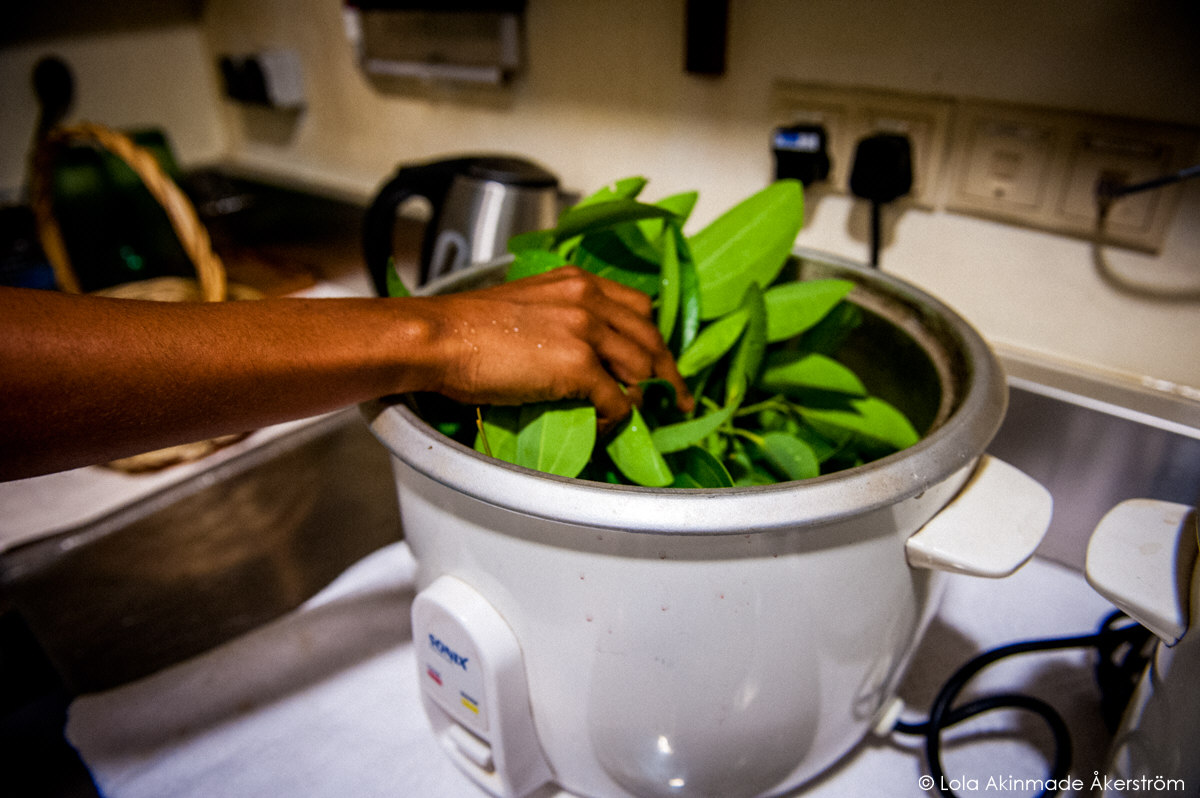 Back in the spa’s kitchen, Fatima washes and preps the fresh leaves. The leaves are then boiled in a rice pressure cooker for at least one hour. The concentration of the boiling leaves is checked before adding vanilla extract to the mix. 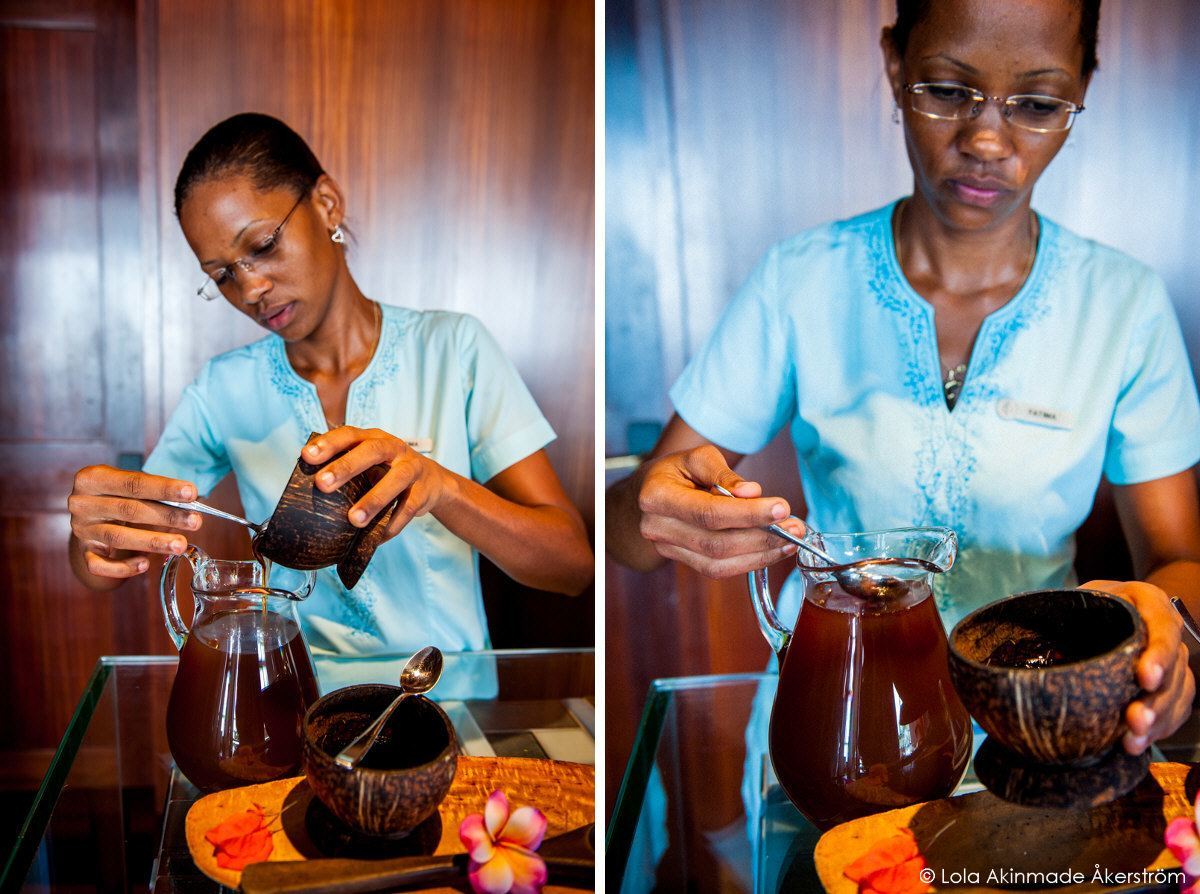 Once the mixture has cooled down and is strained into a jug, Fatima mixes a generous amount of honey into the mix to taste. 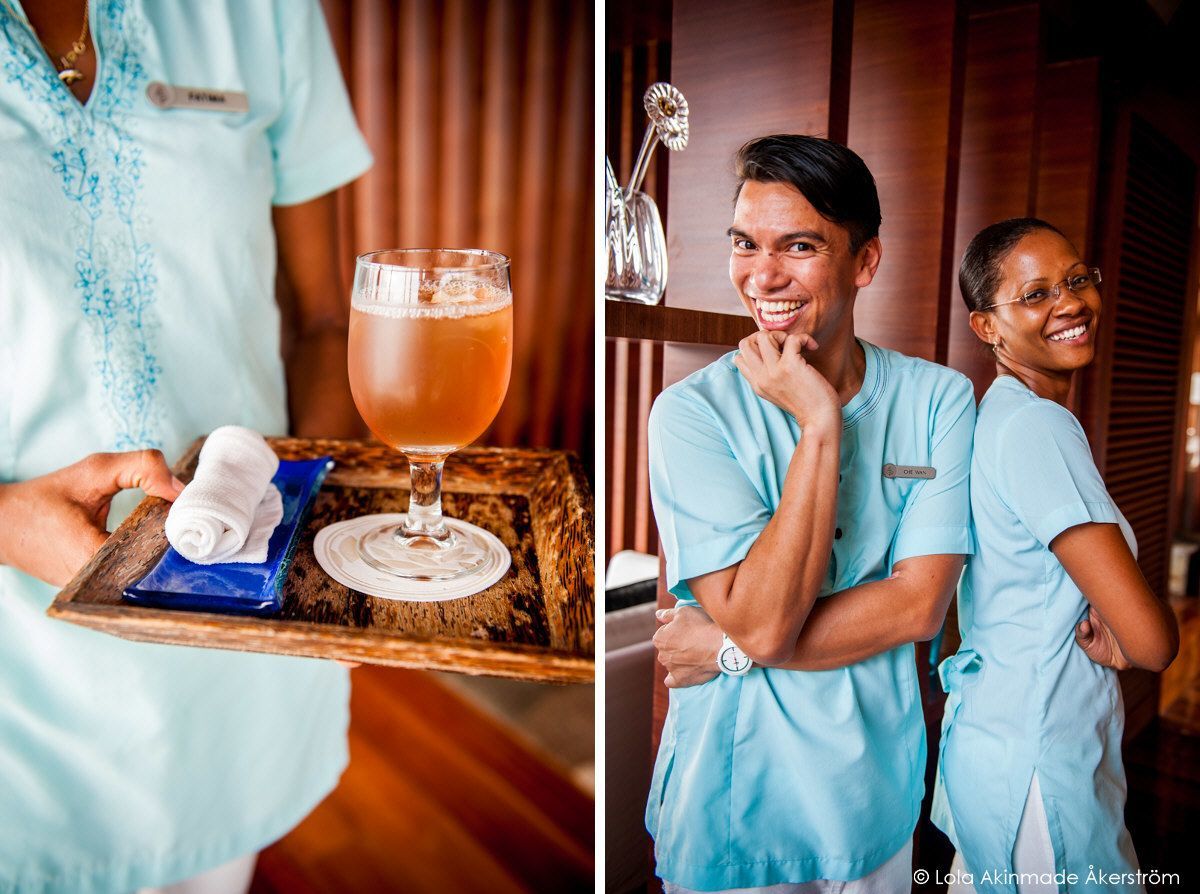 The final result is a refreshing cinnamon vanilla honey iced tea which is served to guests to enjoy and relax before starting their spa treatments.

View more photos from the Seychelles in my image bank.