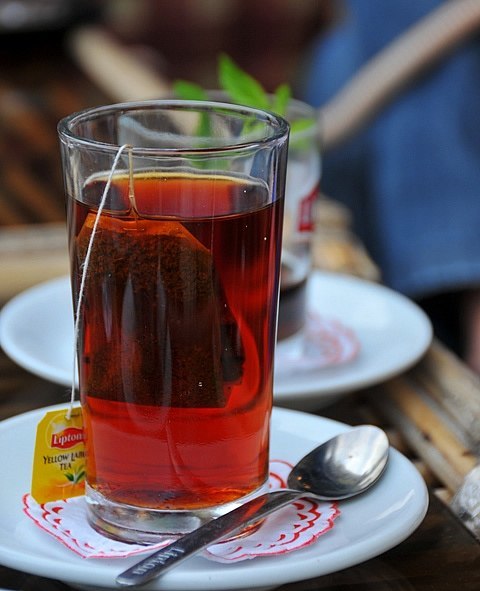 I stumble upon what appears to be security once I cross into the domestic travel side of the airport.

Three men stop abruptly, taking me in like I’d walked in with firearms. The small narrow alley is filled with three clouds of smoke. The one closest to me is a burly man in a tan security uniform and equally burly black mustache.

He holds a lit cigarette in one hand and a cup of tea in the other, and is standing behind a small podium I assume is a form of passport control.

“I’m trying to connect to Hurghada,” I respond.

Setting his cup of tea down, he summons using a hand towards one of the other two who begrudgingly pushes off a chair and drags over to a scanner. He flicks on a switch and the machine grunts for a few seconds before resuming its normal flow.

He’s ready for my bags.

The burly smoker reaches a hand towards me, cigarette still in the other.

I slip the new blue book in his hand, unsure of what the outcome would be. Before flipping through it, he studies me through brown eyes beneath heavy black brows.

With my trusty green passport, at least I knew what was at stake. I knew all the possible scenarios that could play out. It came from two decades of travel with that little green book, now in its fourth edition.

As if playing charades, he drops his cigarette and mimics the flow of hair over his head, moving his hands in wave-like motions. I find this quite amusing but play along, even though long locks of braids flow down my own head, in direct contrast to the mass of relaxed curls Oprah usually carries.

I didn’t expect him to know these details. Deciphering black hair remains complicated even for me.

I remember a dear white friend who’d once complimented a passer-by on her hairdo before asking if it was real or not. After all, he had freer rein with me when it came to those types of questions. She’d first cut him a piercing reprimanding look that said, How dare you? before following up with some verbal vitriol.

The burly, now non-smoking passport control officer grabs my Egyptian visa sticker and attaches it to a free page. He stamps the book and hands it back to me.

“Shukran!” I offer up some thanks.

“Bye, bye Oprah Winfrey!” he waves me off.

Next, I proceed over to his colleague with the scanner, barely ten feet away.

I place my bags on the belt, and look at the other security officer now sitting behind a computer screen which appears black from my angle.

I’m not sure what he is looking at. He is sipping some hot English tea instead.

He senses my concern.

“Would you like to drink some tea?” he offers up.

“La shukran,” I shake my head with a smile. I need something a lot more refreshing.

I wait till my bags pop through the other side of security.

Picking them up, I walk over to a deserted sitting lounge, open up one of my bags to grab a large bottle, and take a long refreshing swig of water.