‘Tis distance lends enchantment to the view, and robes the mountain in its azure hue… Thomas Campbell

I watched the black patch – our plane’s shadow – move across various shades of orange and green. Over spots and specks etched over the landscape as it glided through clear crisp skies towards the Serengeti.

Foreheads were pressed against small windows on both sides of the plane. The view so panoramic it wrapped all around us, and no one felt cheated for choosing a side.

The only sounds which filled the air were the bug-like whizzing of propellers and our collective gasps of awe as we flew over the impressive Ngorongoro Crater.

Located in Northern Tanzania, Ngorongoro Crater is the world’s largest “inactive, intact and unfilled” volcanic caldera with a depth of 2,000 feet and spans 100 square miles. Formed roughly 2.5 million years ago when a gargantuan volcano implored on itself, the crater is home to over 30,000 wildlife including thousands of zebras and wildebeest in swarms. It is arguably one of the best places in the world to ideally see the Big Five – lion, leopard, rhinoceros, elephant, and buffalo

Most travelers approach Ngorongoro by road and that in itself is already impressive because you get to make multiple stops along the way once you spot wildlife.

But it is a bird’s eye aerial distance from the crater that makes you truly appreciate its size. Oftentimes, giving ourselves distance from something makes us revere it even more. That was why flying with Coastal Aviation was the best way for me as a photographer to experience just how panoramic and astounding the crater is. 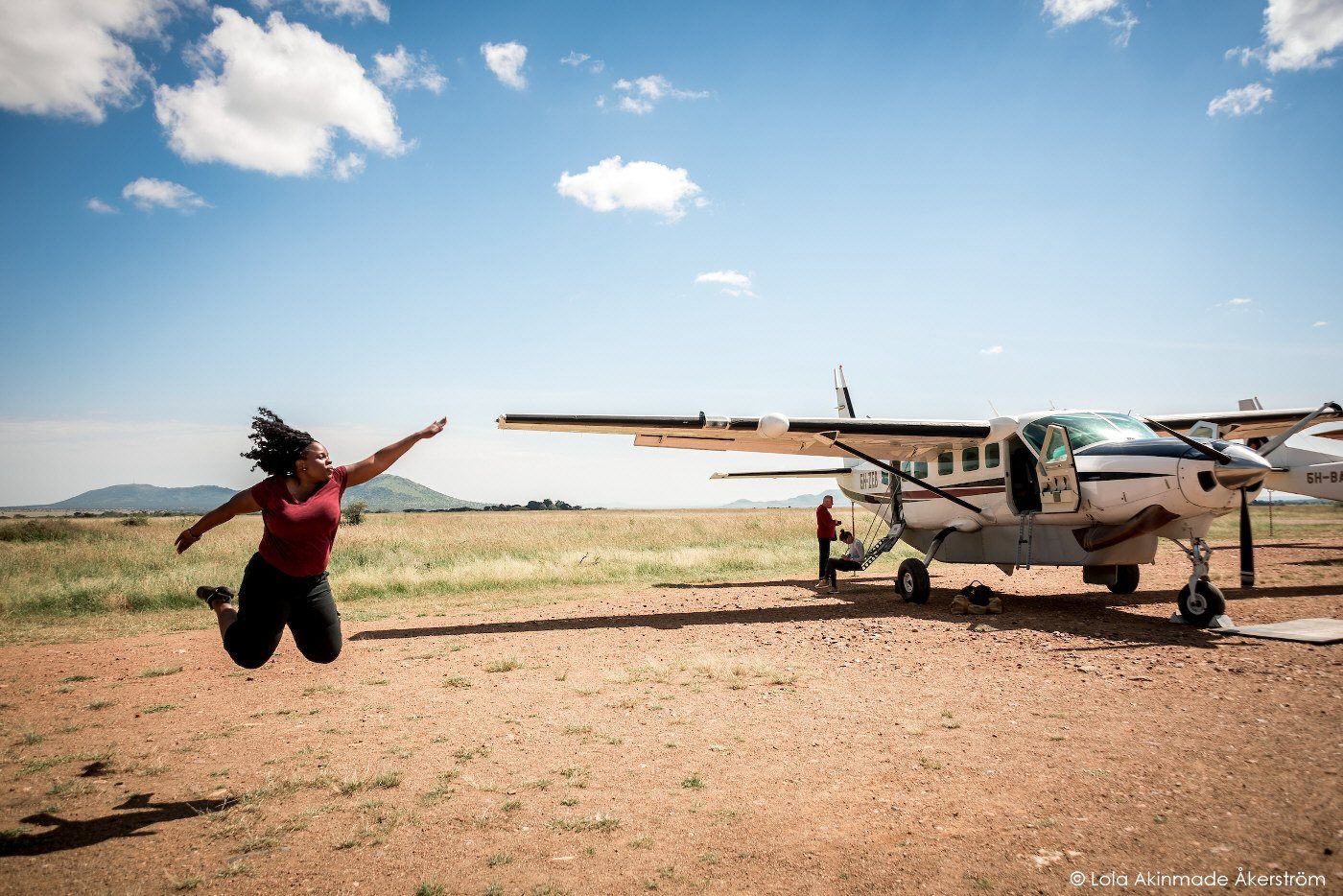 Walking out onto the tarmac at Kilimanjaro Airport on a crisp clear day, I stared down one of the smallest planes I’ve ever boarded. A tiny 12-seater that was going to take us soaring over Tanzania’s plains and mountains right into the heart of the Serengeti where we would spend the next three nights.

Watching our pilots Captains Munya and Ian confidently man the plane in a relaxed and jovial fashion was infectious and it, in turn, allayed our nerves so we could focus on enjoying the views.

And God, were those views mesmerizing.

We gasped at views of Mounts Meru and Kilimanjaro as our small Cessna maneuvered past puffy white clouds. We screamed in delight as our plane sped off a graveled dirt runway and banked right off a steep cliff close to Lake Manyara known for its pink flamingoes.

But it was the silent flight above the world’s largest volcanic caldera and its near perfect circular shape that collectively silenced us.

I once tried standing up on my toes to see far out in the distance, but I found that I could see much farther by climbing to a high place… Xun Kuang

There are some travel experiences that are going to stick with me for the rest of my life. Forever etched into my heart. These are experiences that will morph into stories I tell my kids and grandkids about my adventures around the world.

And flying over the Ngorongoro Crater en route to the Serengeti will fondly be one of them.

Here are some photos of my experience flying over the crater with Coastal Aviation. You can learn more about the company after the photos below. 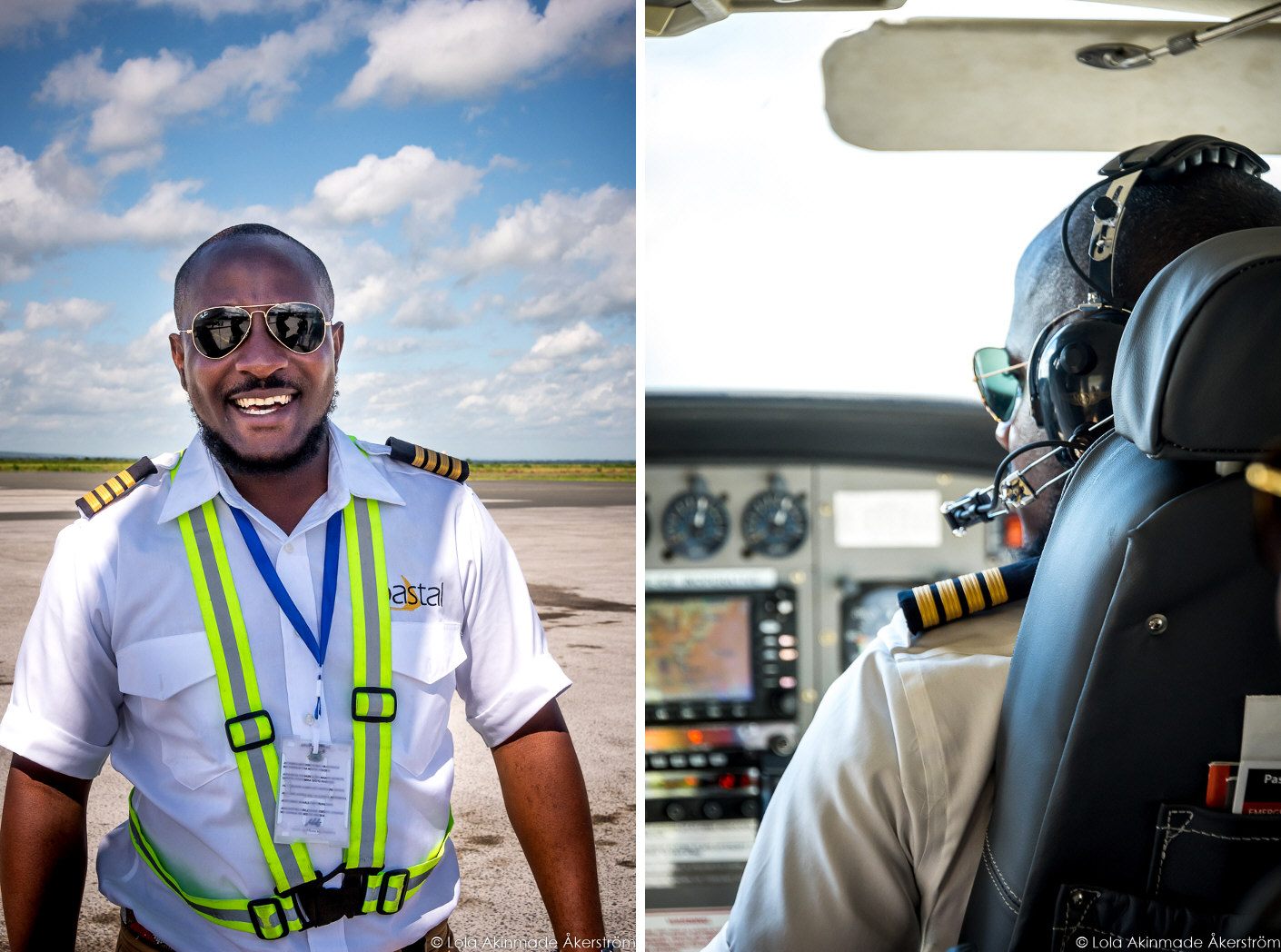 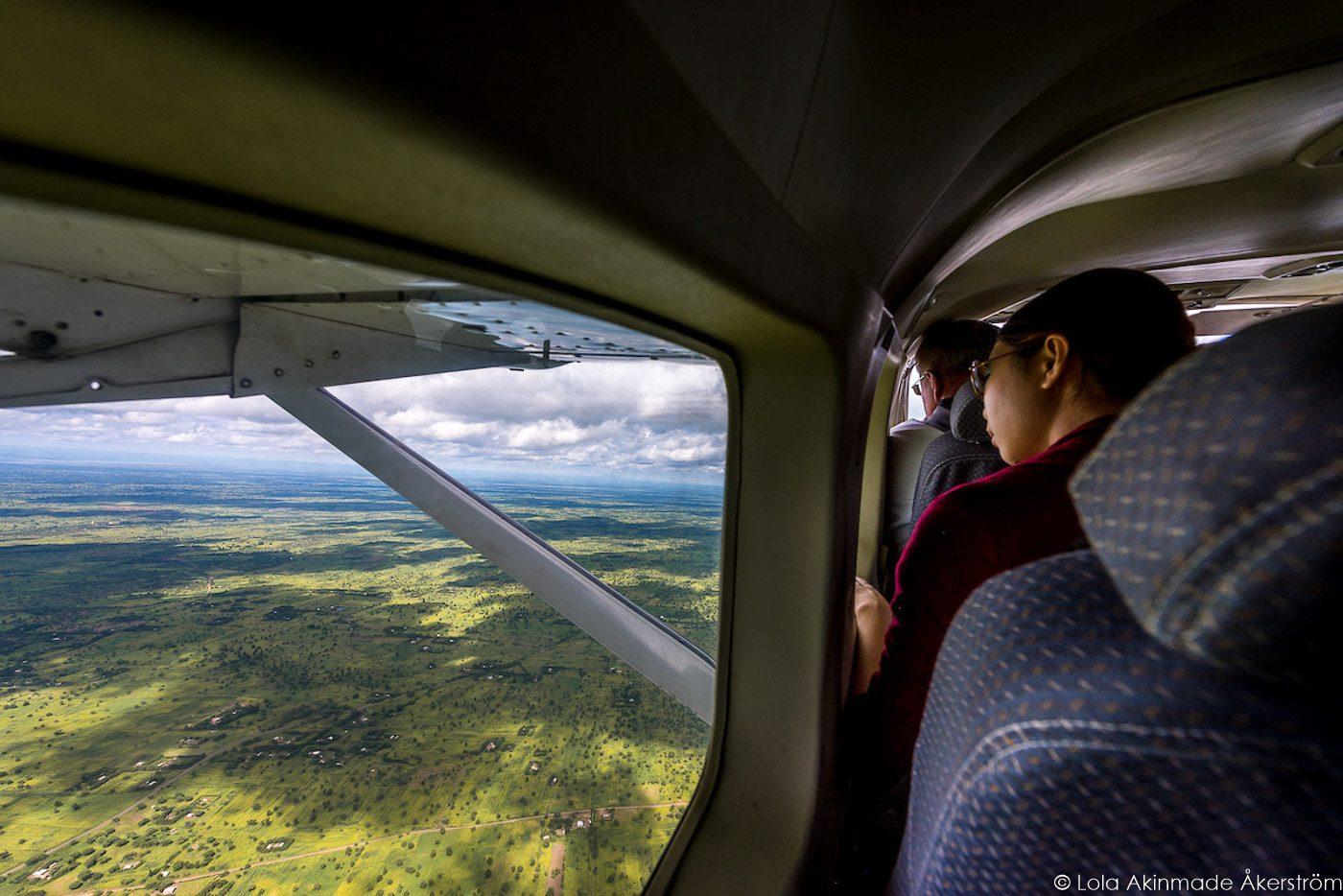 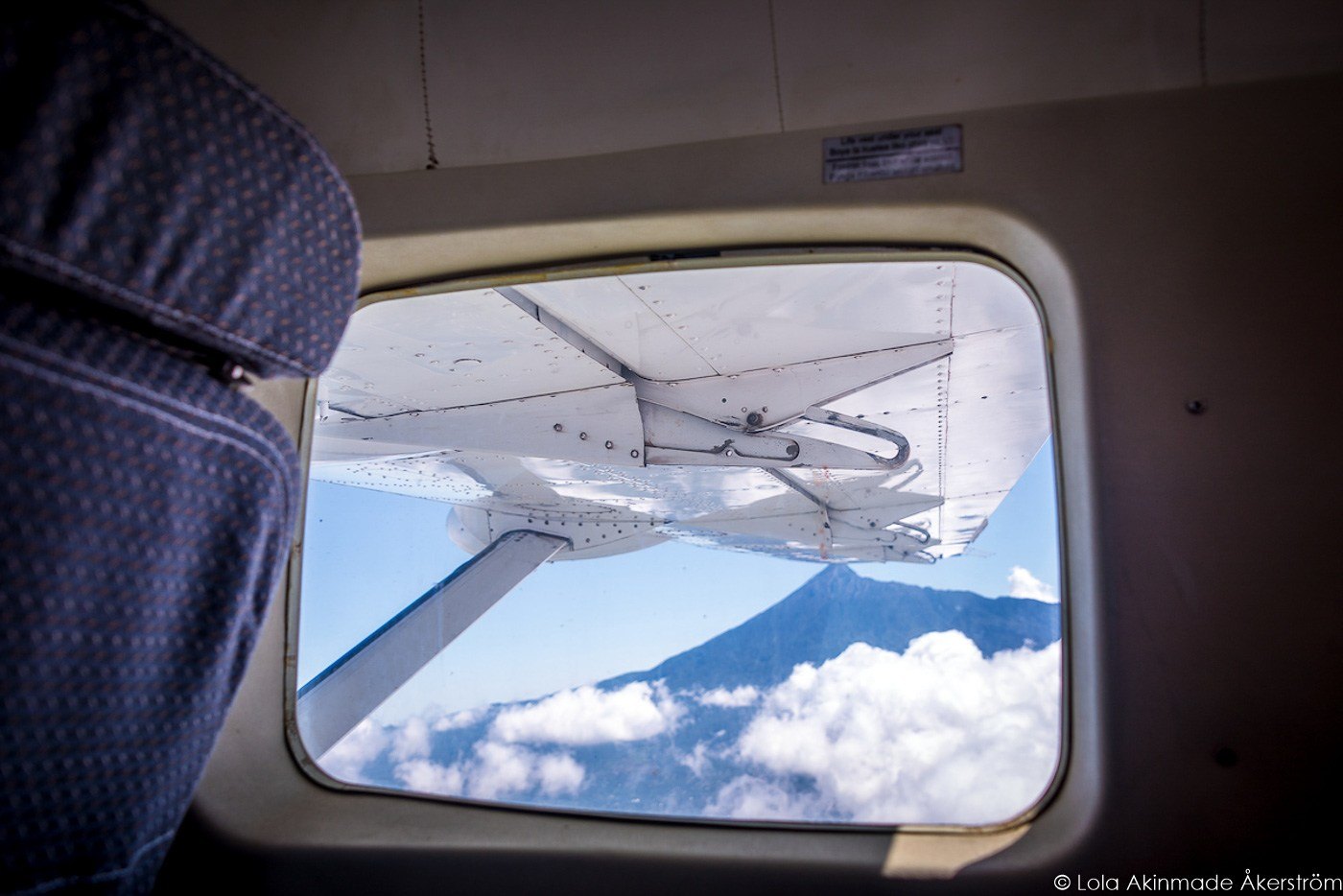 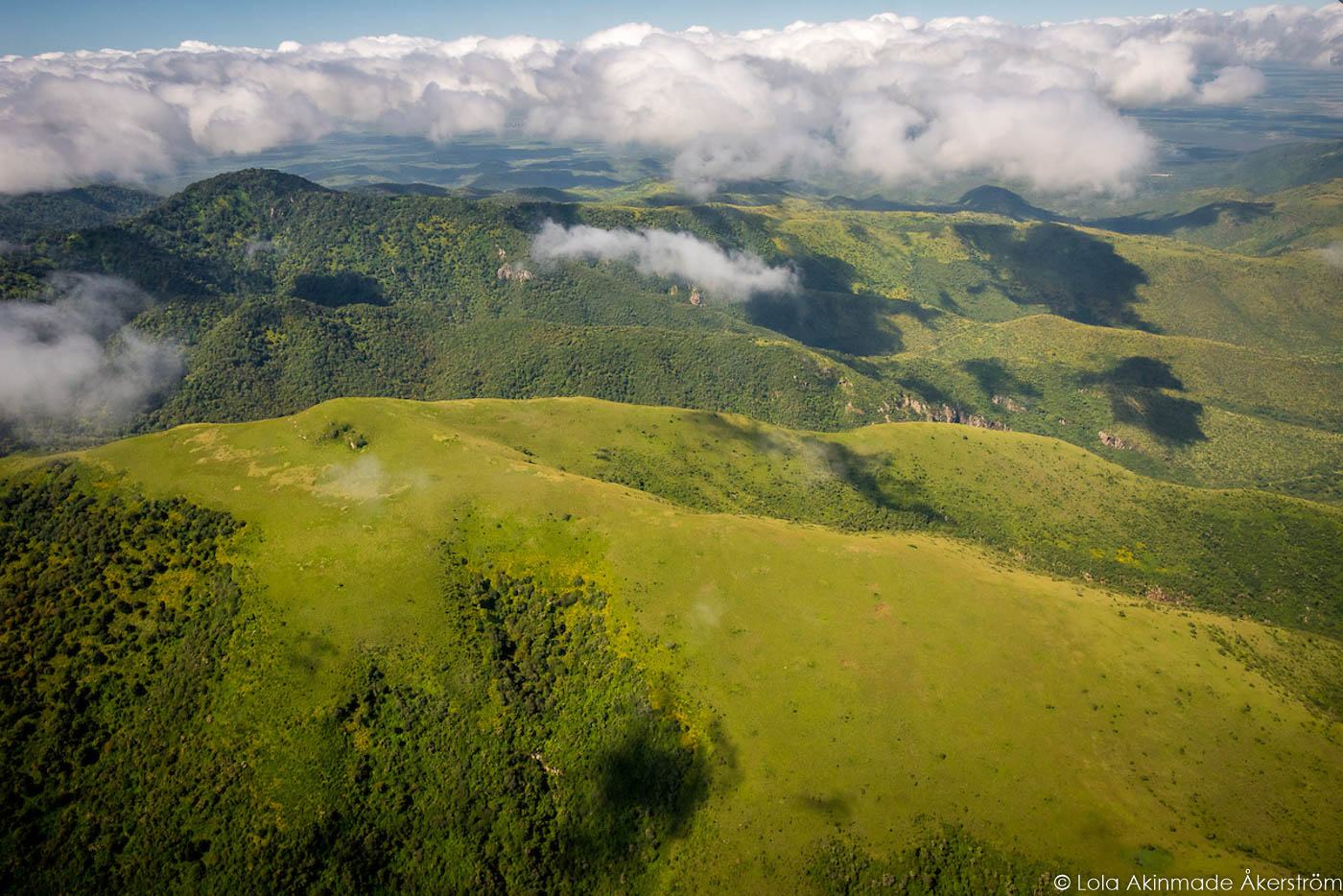 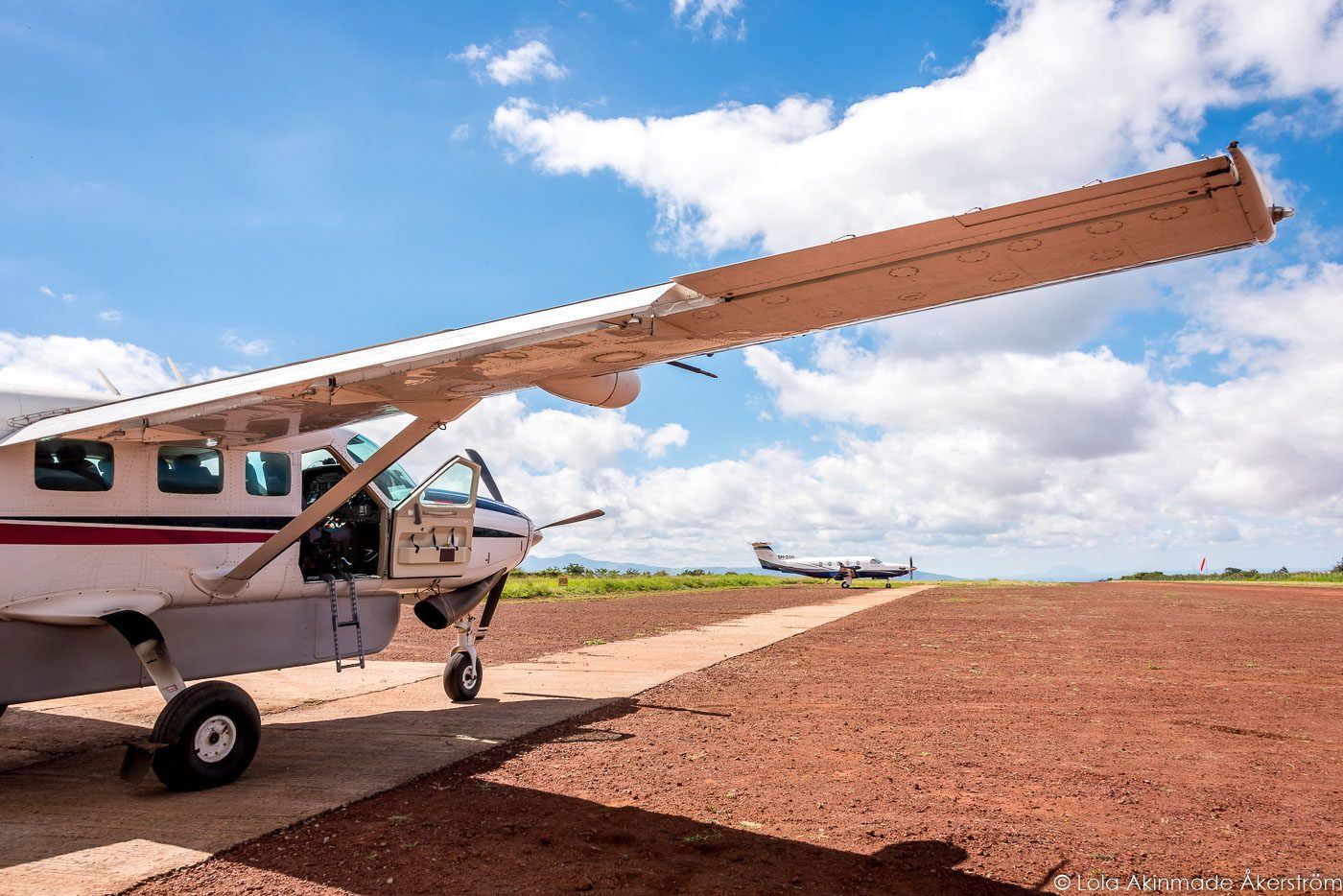 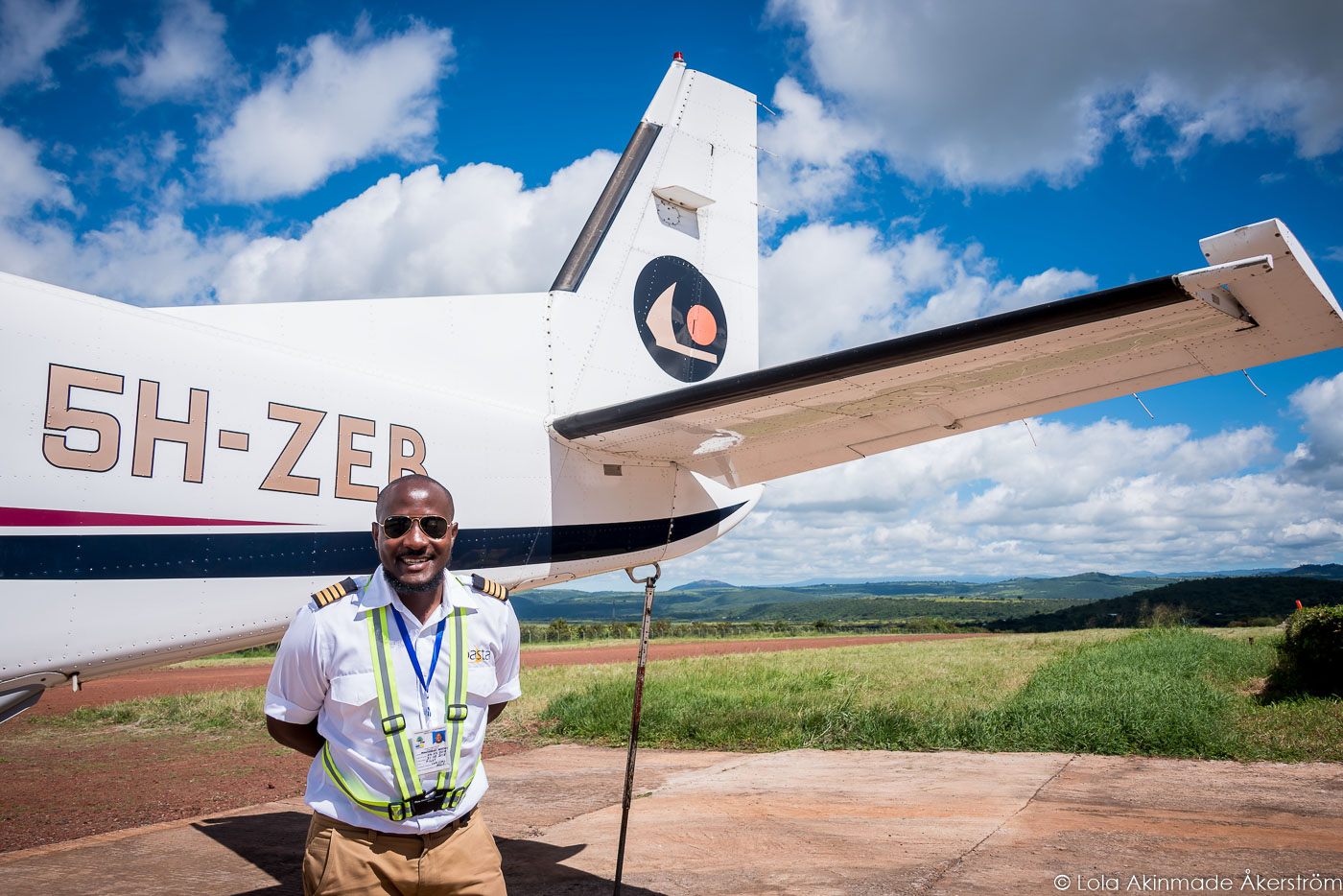 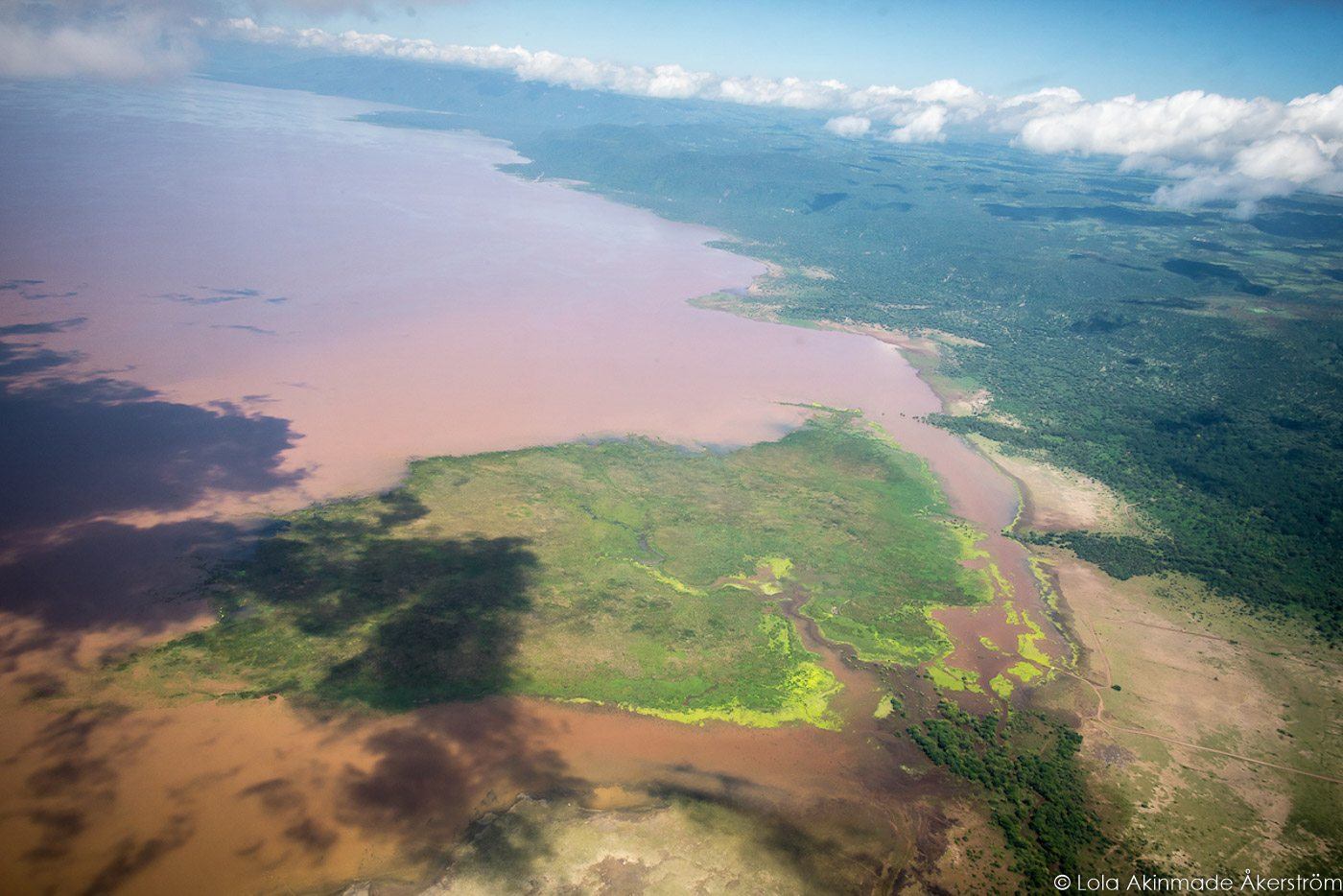 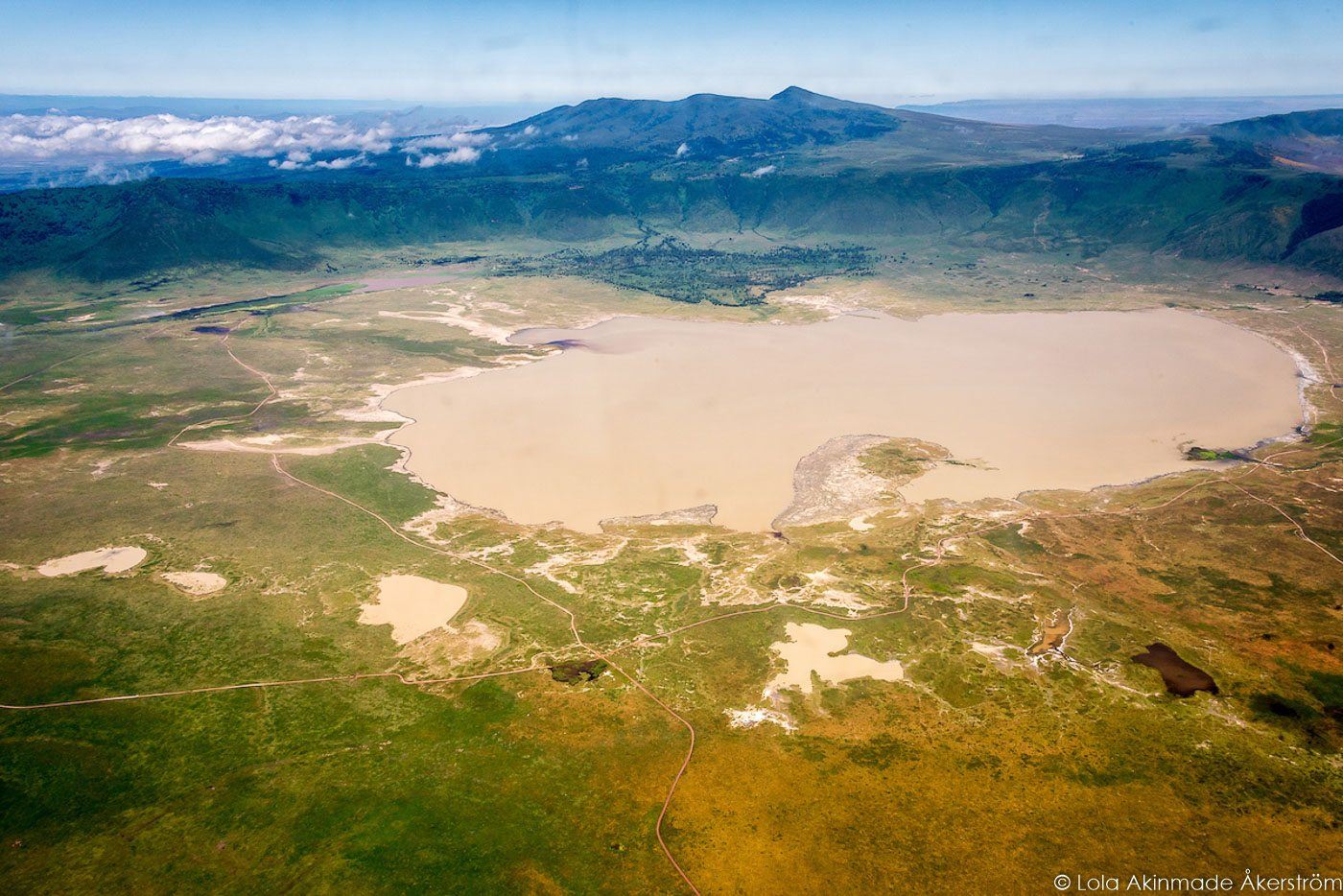 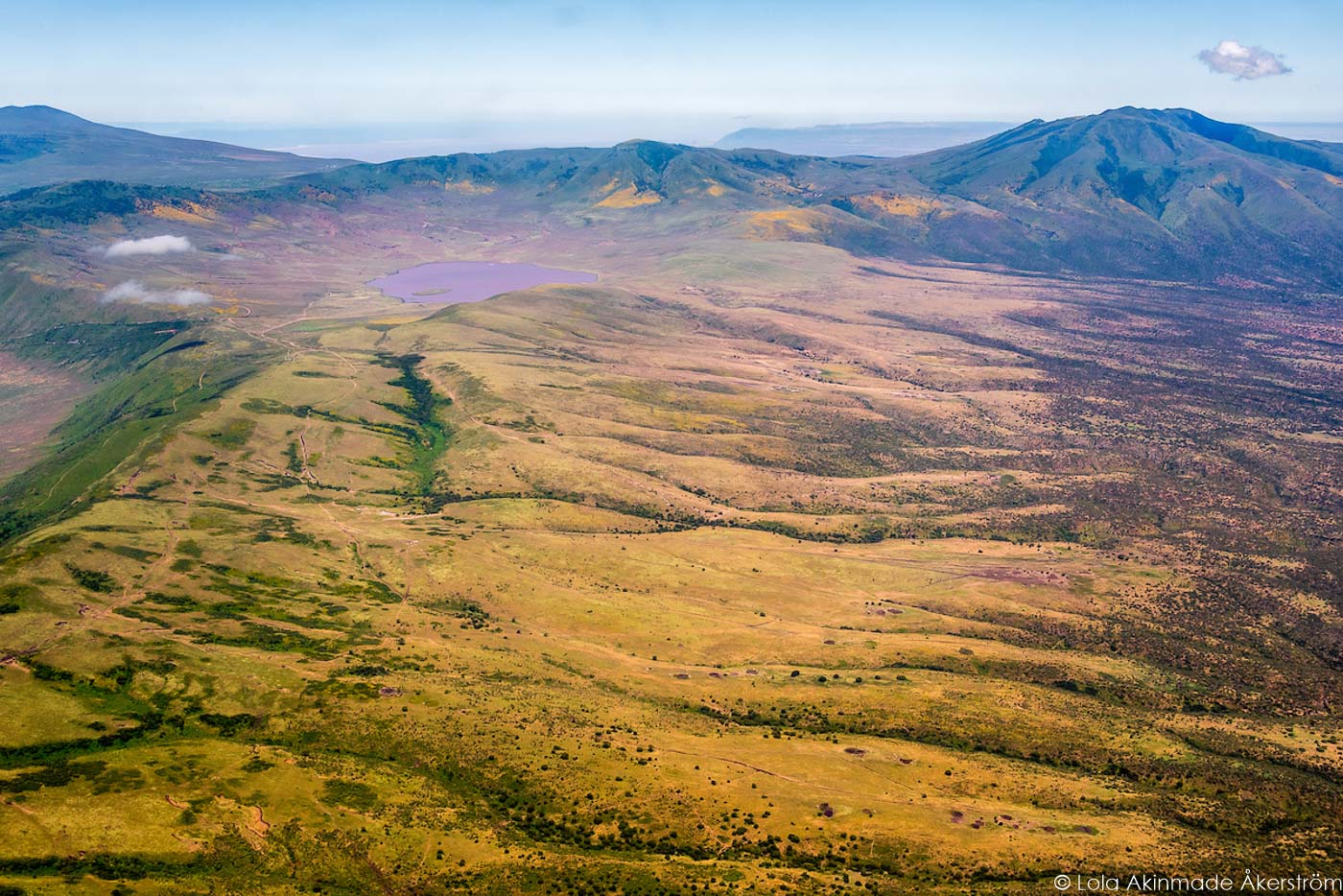 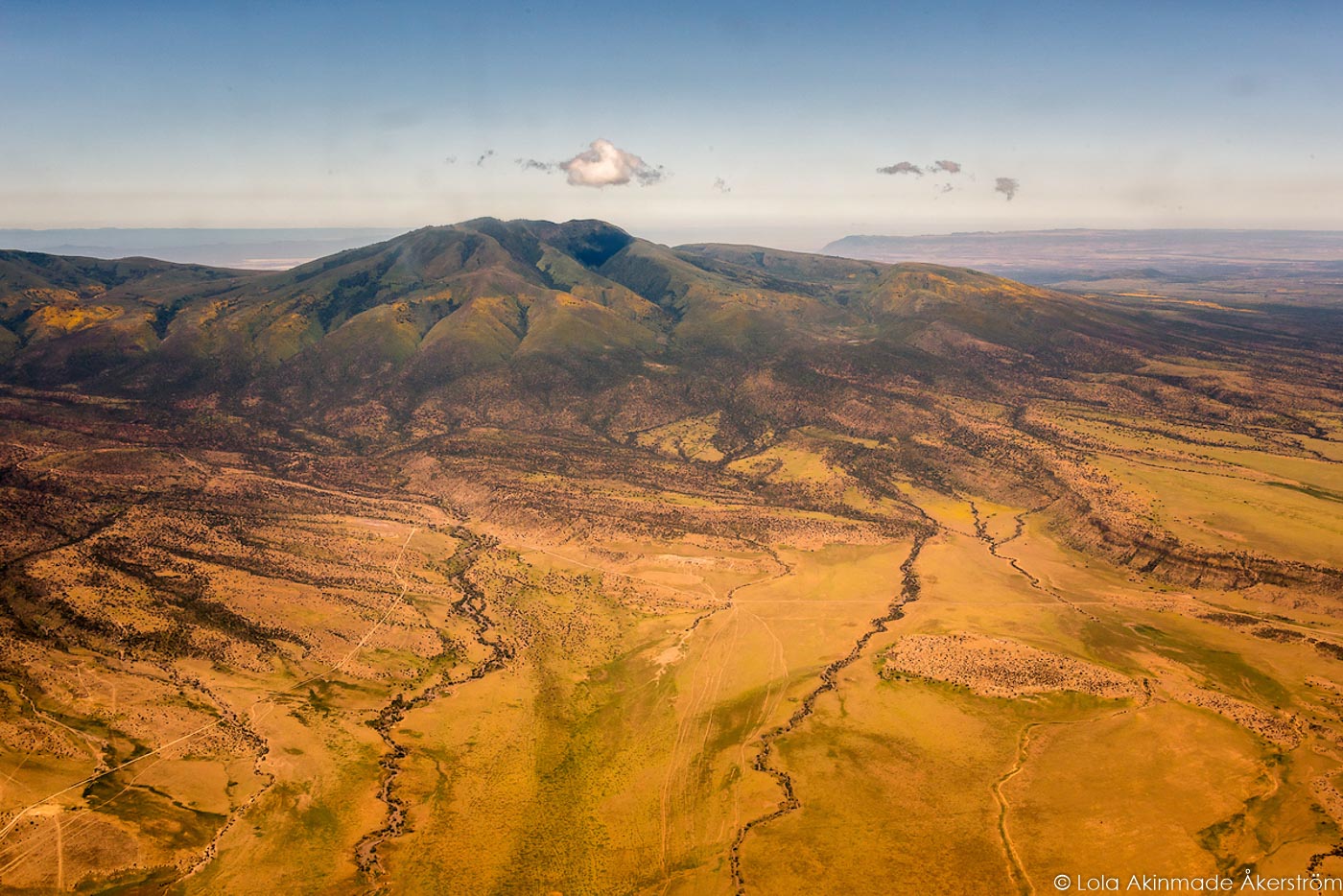 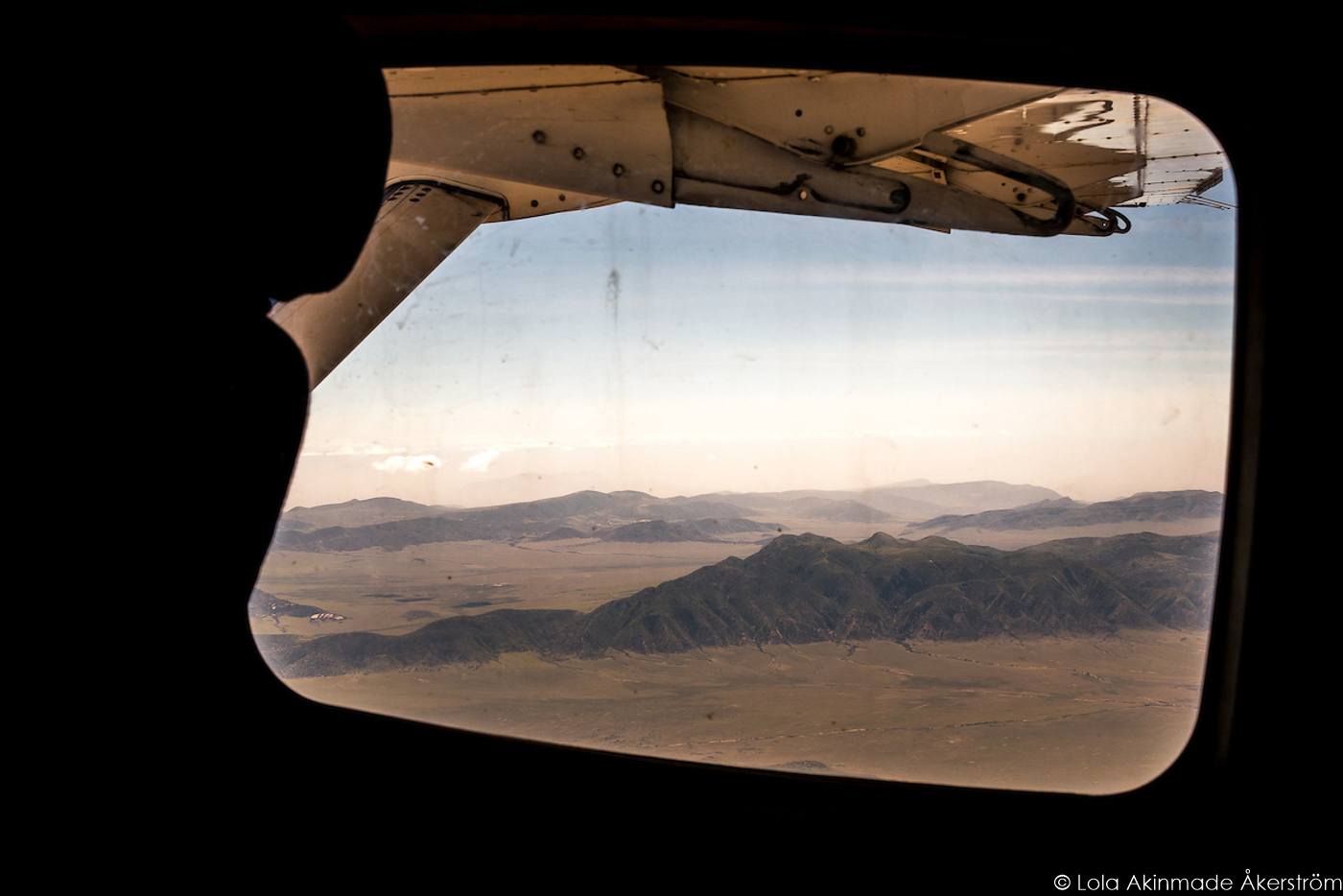 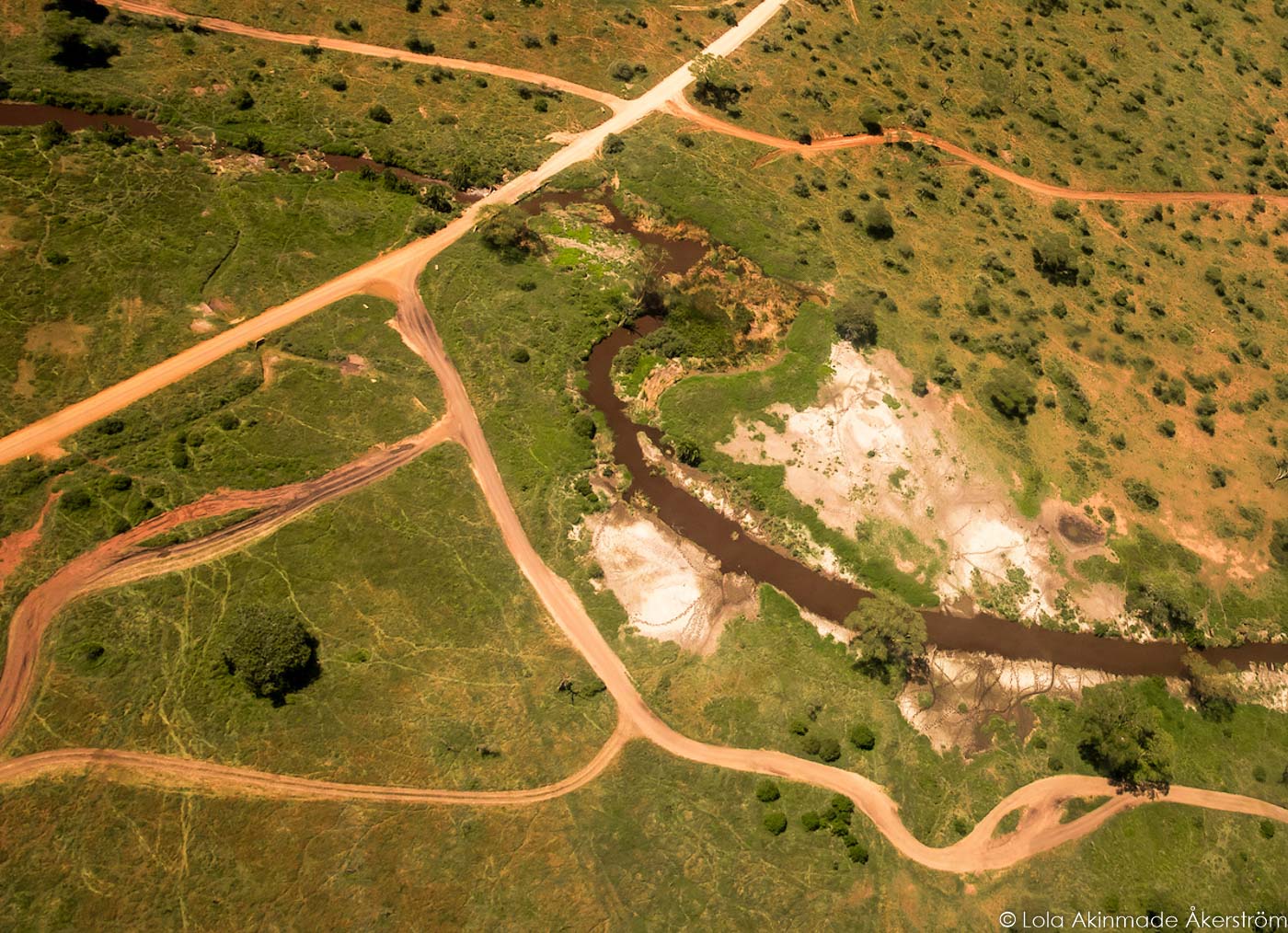 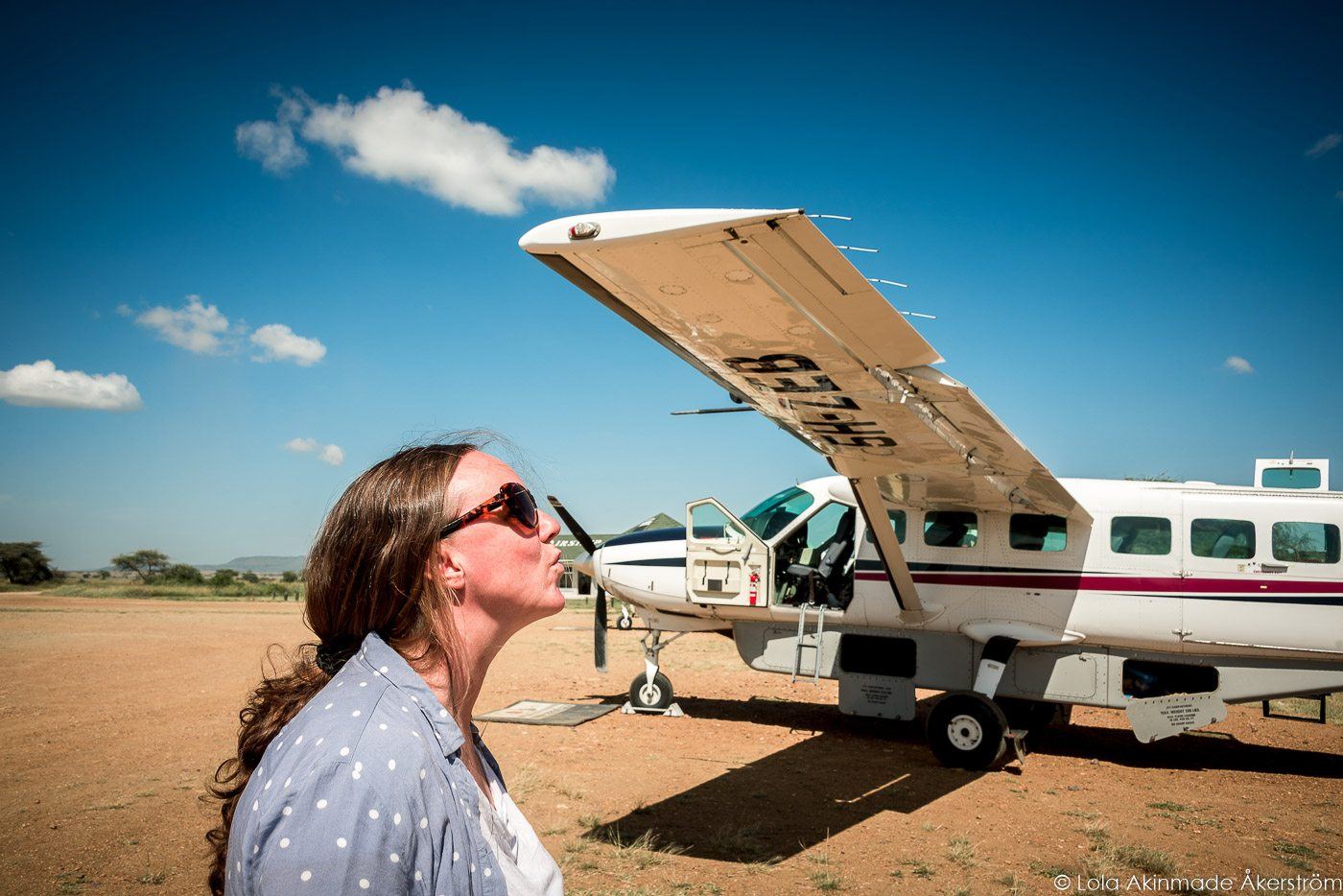 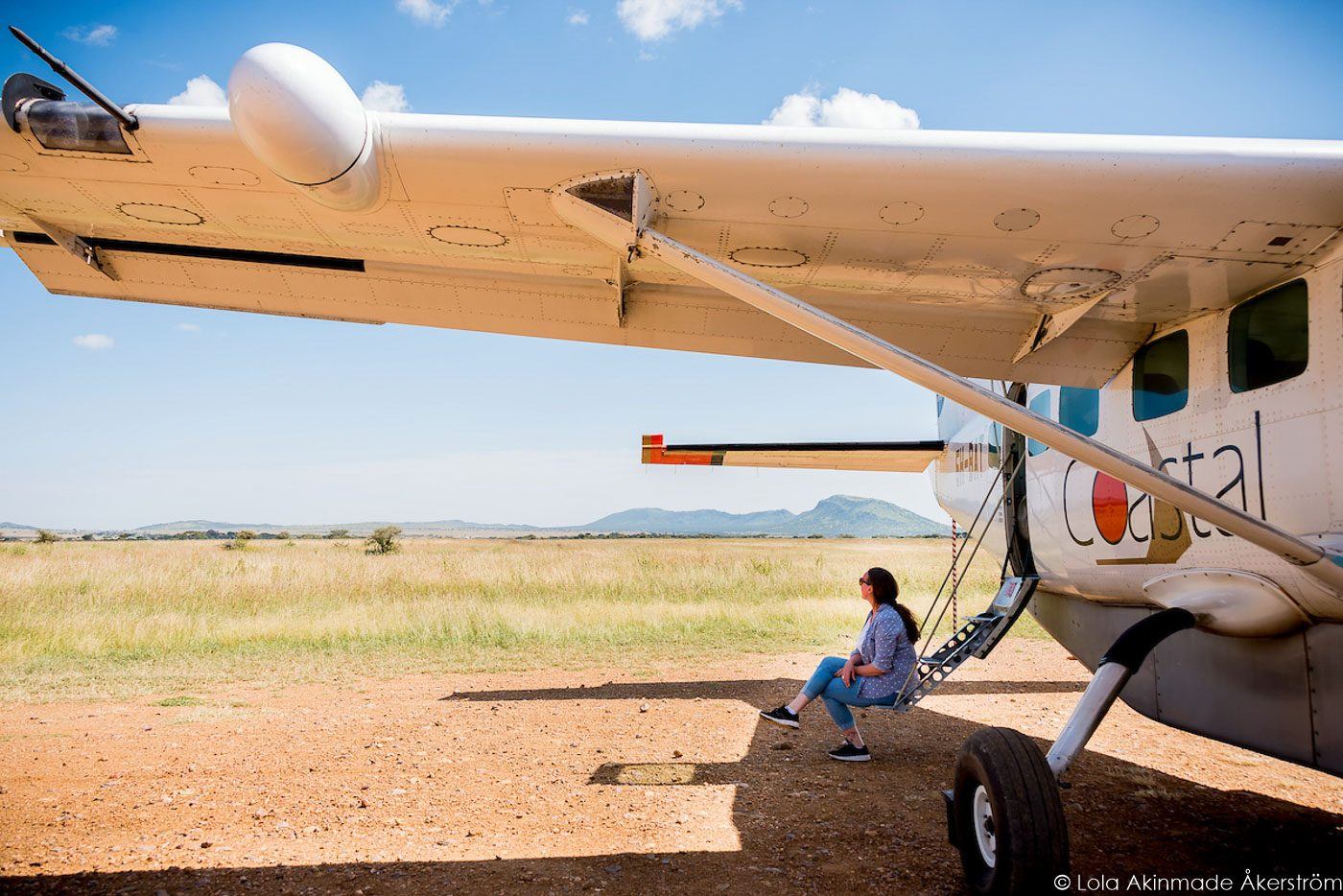 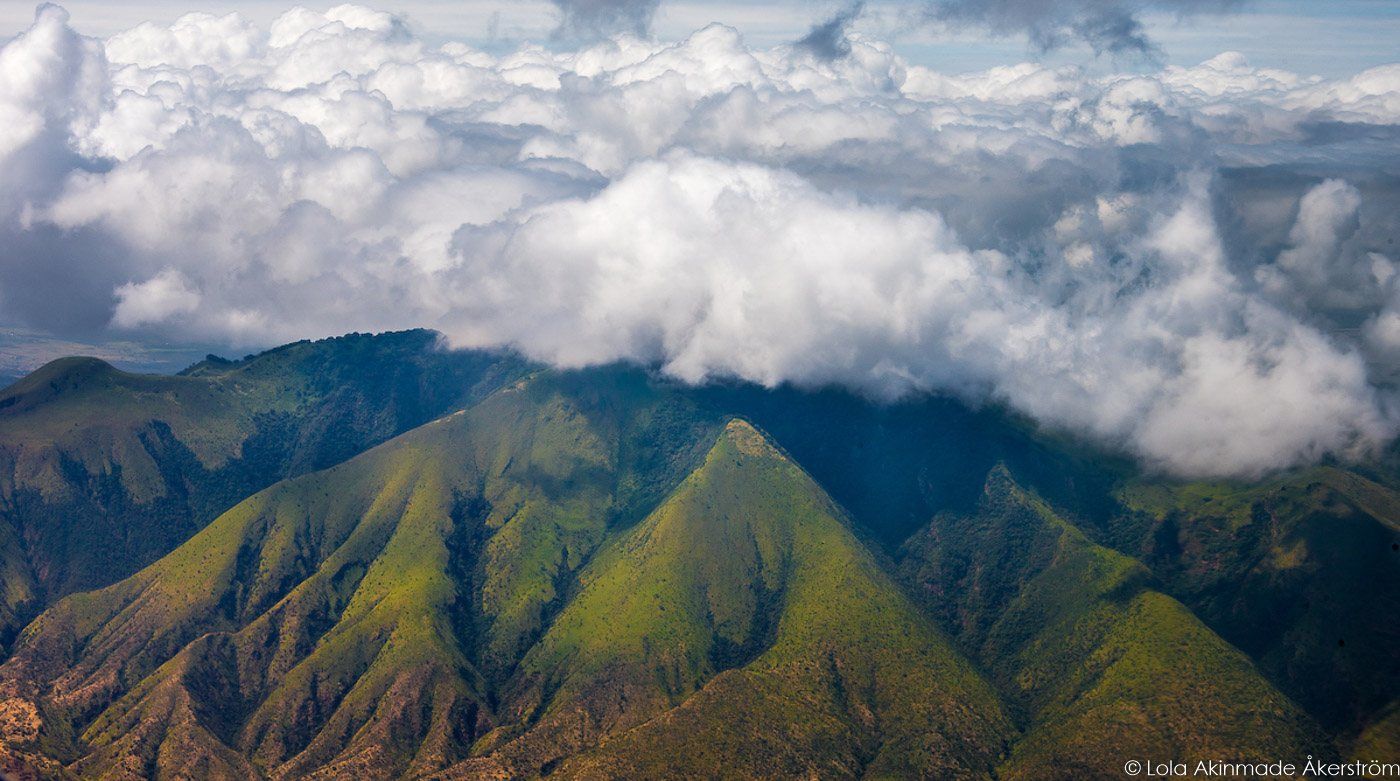 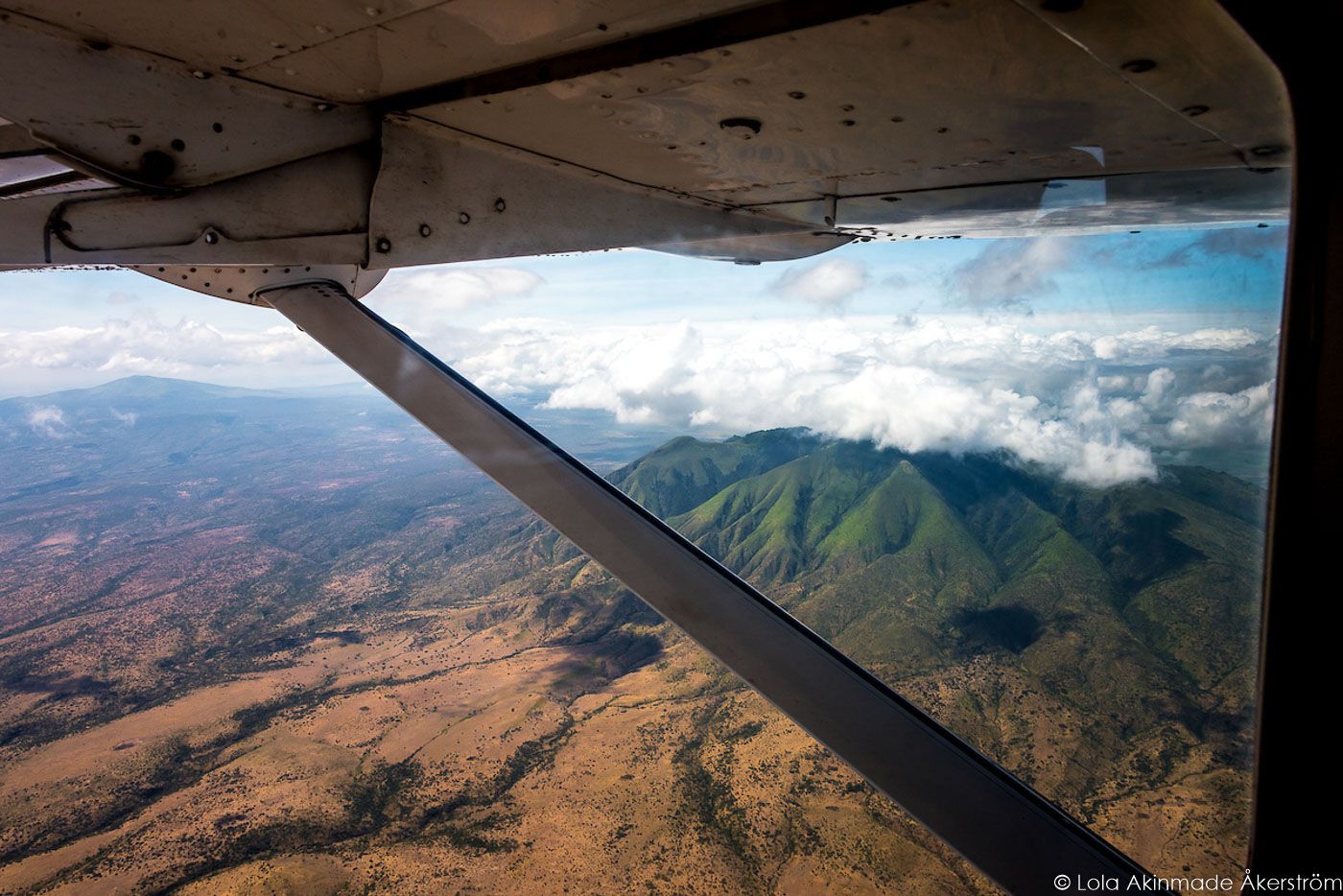 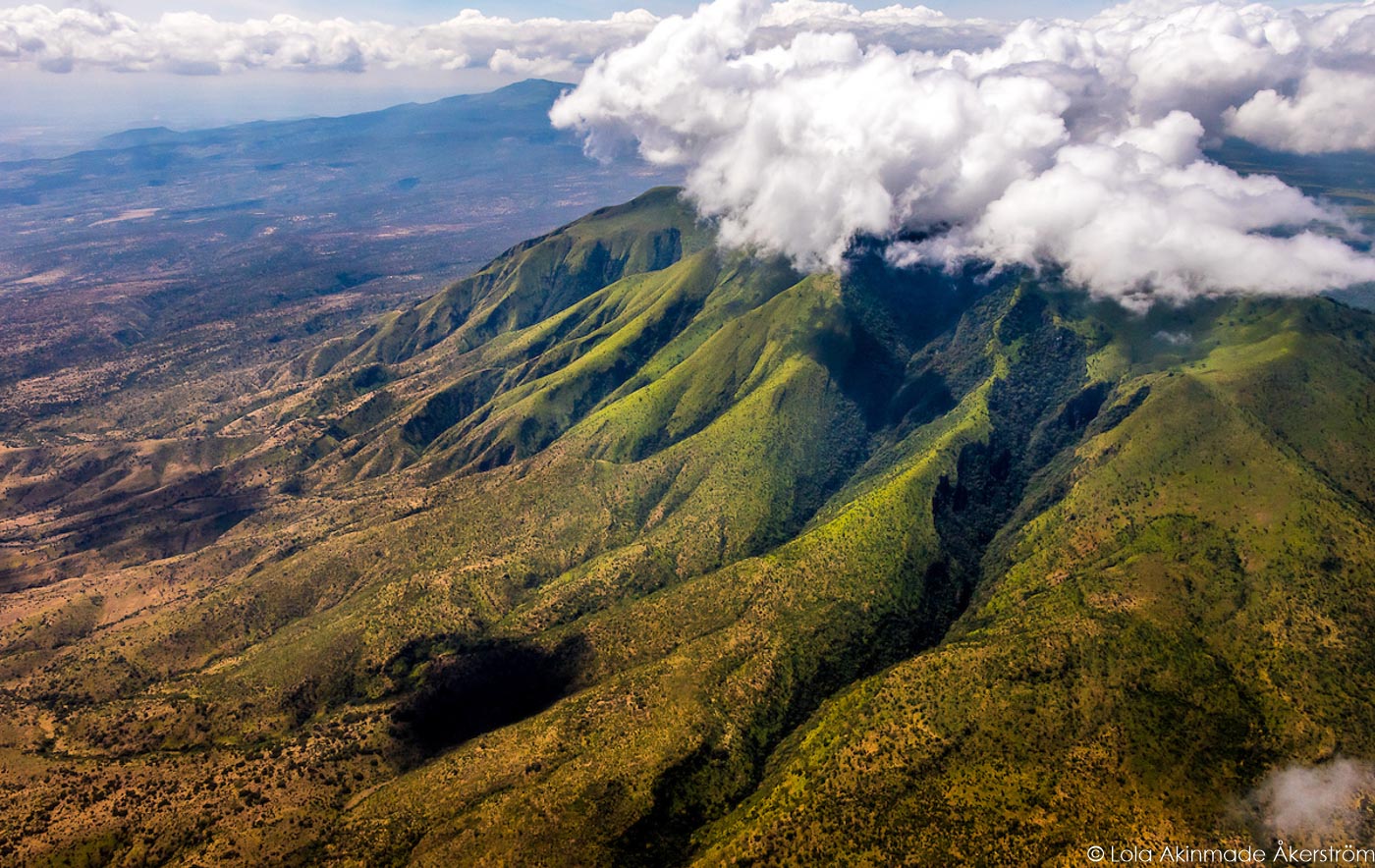 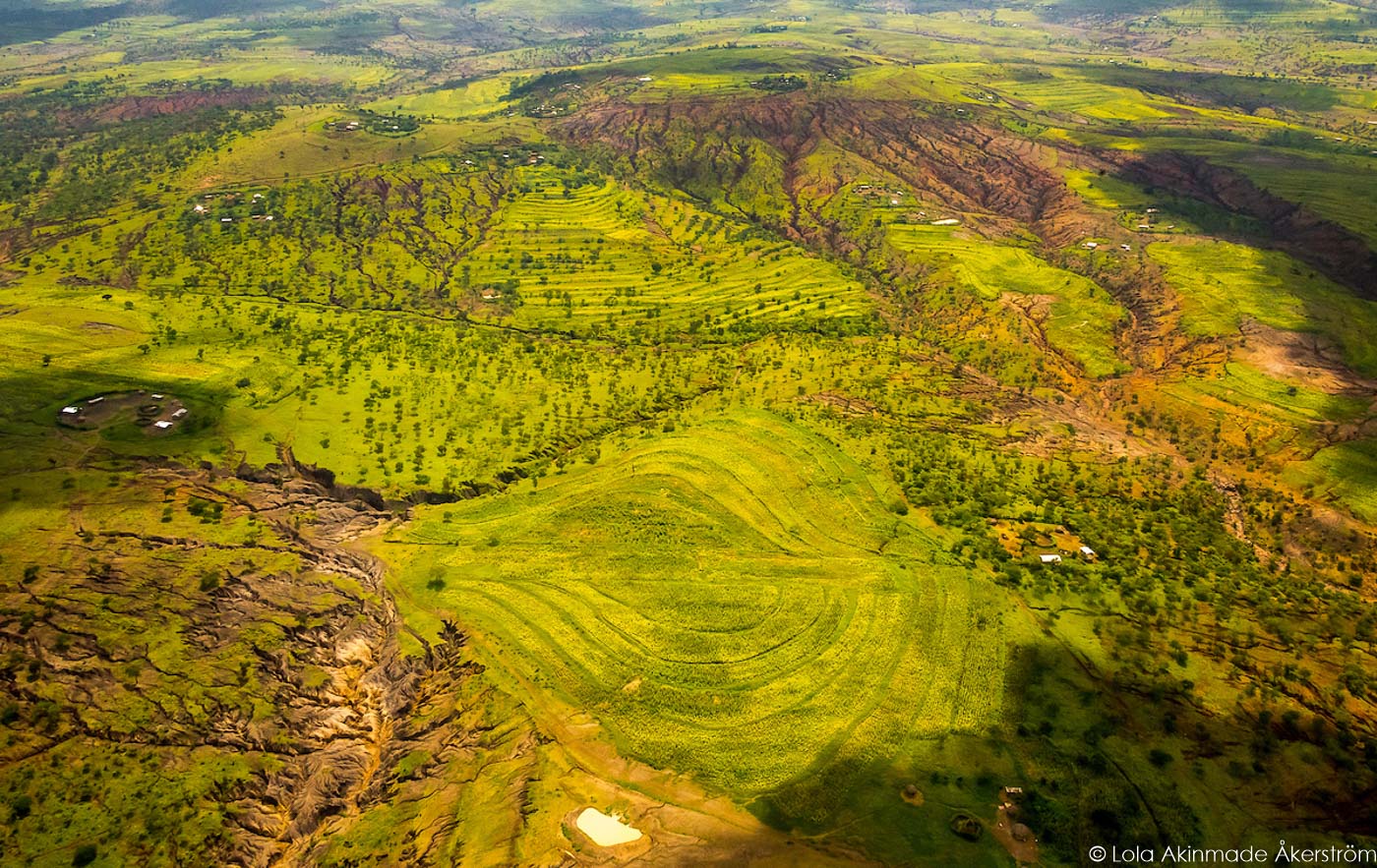 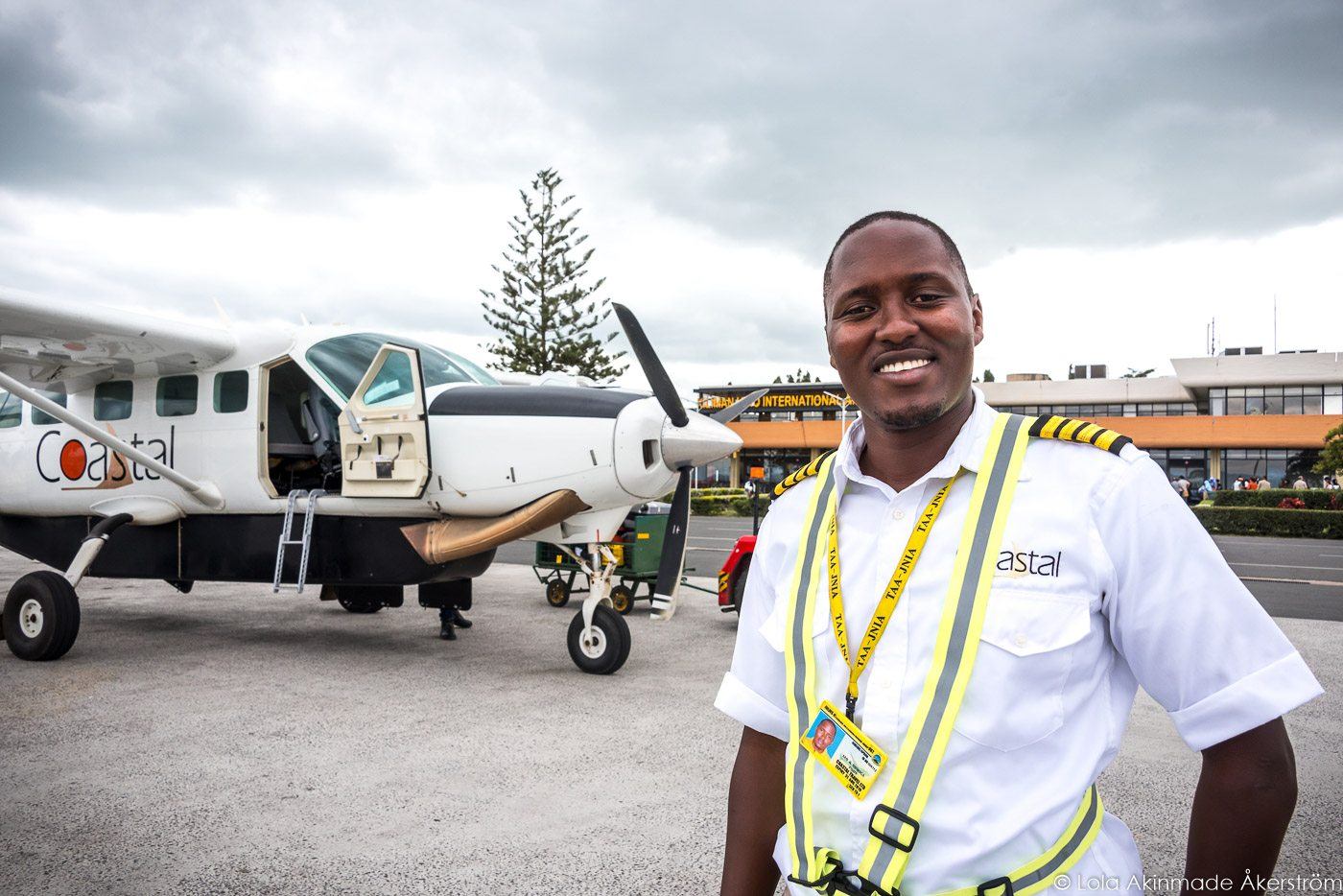 Known as the Flying Safari Company, for over 30 years, Coastal Aviation has developed a flying safari network that allows access to the most remote parts of Eastern Africa, including far-flung wildernesses. It flies to roughly 100 airstrips around the region, including some isolated dirt paths which requires very special experienced piloting skills.

The Coastal network connects visitors to Kenya and Rwanda, the Serengeti via its Seronera airstrip, the Southern Tanzania parks of Selous and Ruaha, and connects the tropical islands of Pemba, Zanzibar, Mafia and Fanjove Private Island with the National Parks and towns of the mainland. 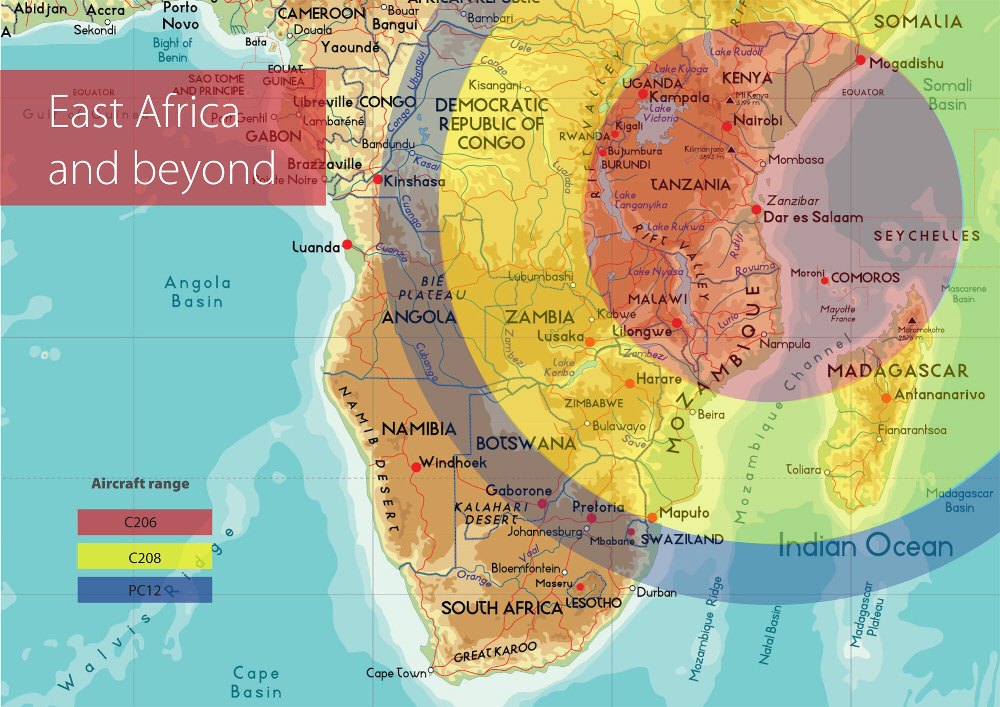 Check out more photos of my Coastal Aviation experience and Tanzania in my image bank.

My trip with Coastal Aviation was part of our #NordicTBinTanzania collaboration. As always, all views expressed are solely mine.