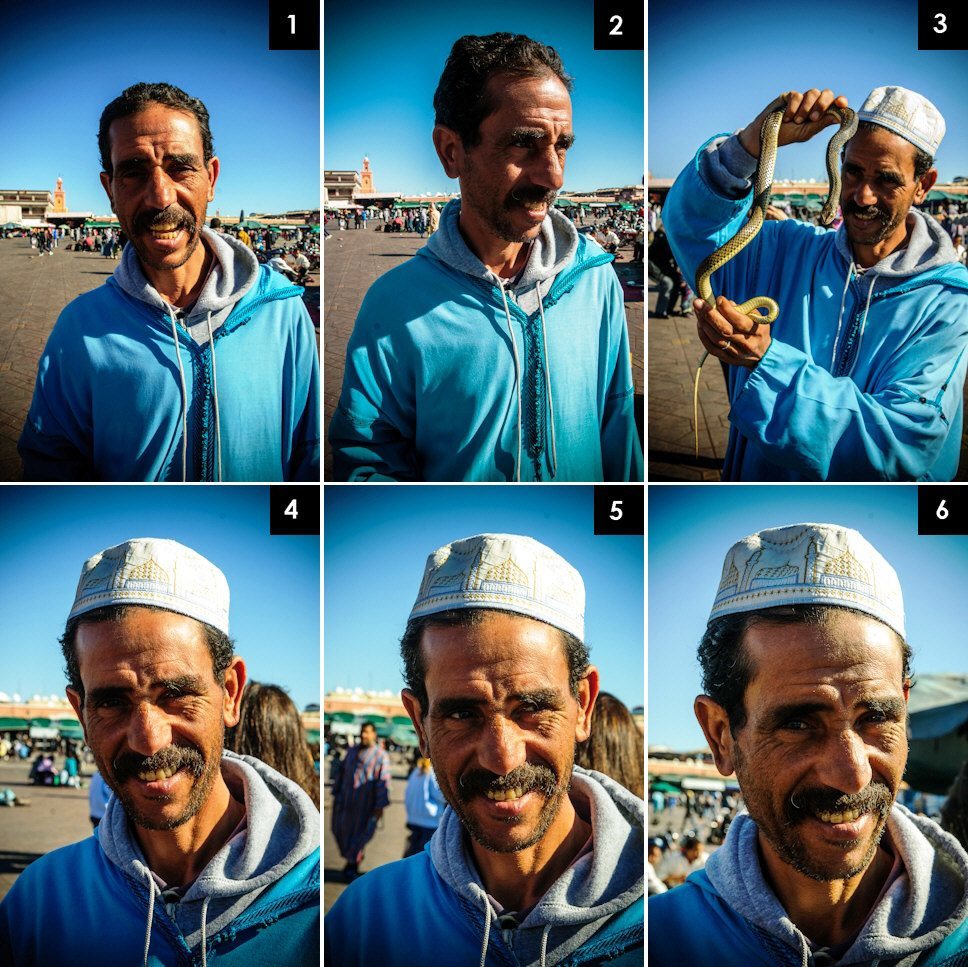 Anyone who’s visited Marrakech’s Djemaa el Fna square knows to avoid it during daytime because you will get accosted by snake charmers, peddlers trying to shove monkeys onto your shoulders, questionable beggars, and a whole host of characters who add to Marrakech’s energy.

Here’s one such encounter.

I’d just snapped a photo from afar when, like a guided missile, Saheed spotted me, ran over, and demanded 50-100 dirhams. I don’t remember the exact amount but I knew he wasn’t going to let me go if I didn’t pay up.

After agreeing to pay him 10 dirhams, I asked for his portrait. He was confused.

He rushed over to put on his taqiyah cap and brought back his snake with him. “See?”. No, I shook my head. I’d rather photograph him, I told him. Just him.

I asked what his name was. “Saheed,” he told me.

So he tried a pose, still unsure of why I didn’t want to photograph his snake. “Are you sure?” his eyes seemed to question me.