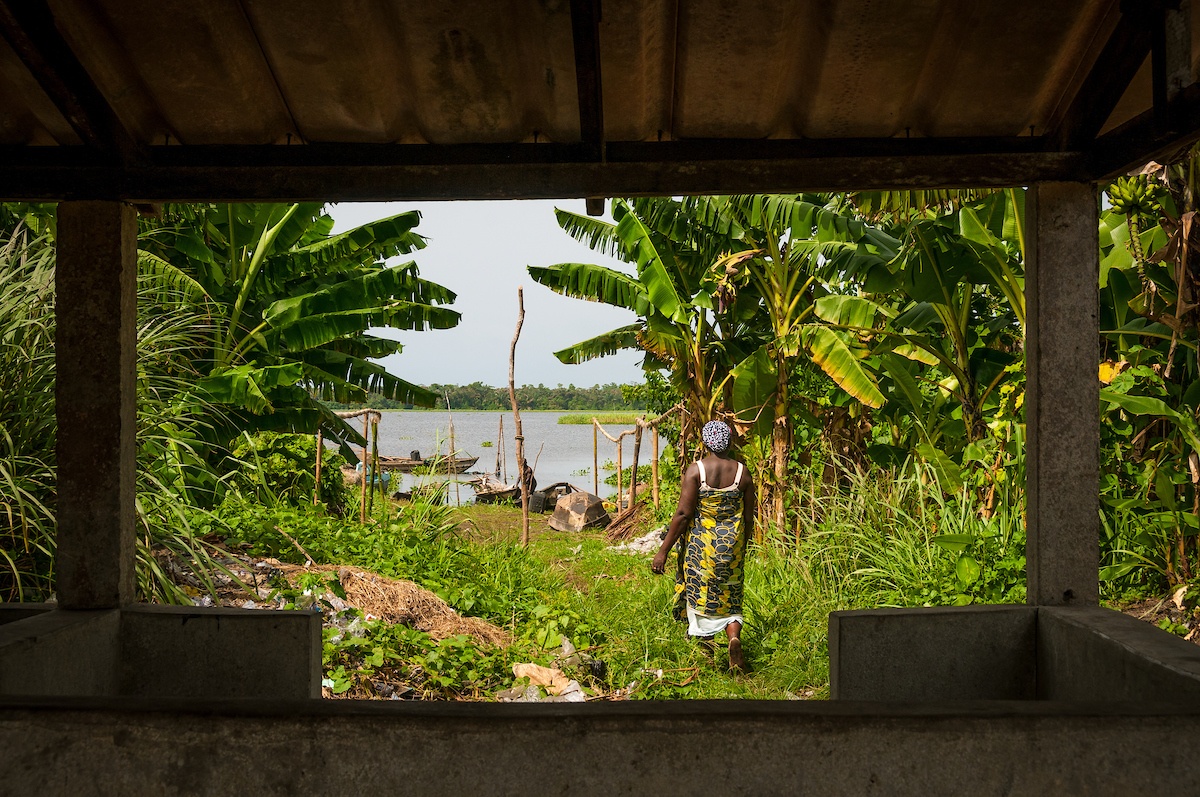 “Is this the right cut?”

My husband asked after sending the third photo of nondescript boney meat from his mission – helping me find goat meat in Stockholm. The goat had to be the right balance of bone, fat, and meat for my stew. Each time, I would respond with a disappointing no, and his search would continue. After all, I couldn’t join him on that quest because I was lying feet up, bloated, and counting the days before our first child arrived.

The first two years into my new life in Sweden, and I began to realize that my insistence on finding the right goat meat was more than just pregnancy cravings for Nigerian food. Like digging heels deeply into soft sand to keep you as rooted as possible while watching a large wave approach, I needed to anchor myself in something familiar as I was about to embark on yet another scary journey – being a new mother in a land so drastically different from the one of my birth.

As much as I wanted to revel in the cliché that home was where my heart – my husband – is, the notion of home was a lot more nuanced and complex than just falling in love, settling in, and starting my own family.

I recognized that same anchoring feeling when I first moved to the US as a 15-year old teenager from Lagos, Nigeria. With an identity firmly rooted in being from the Yoruba tribe, I was met with confusion when I realized that wasn’t enough. That I needed to be someone else and was now seen as “Black” first with all its societal connotations, not African.

That was when the concept of home started deconstructing itself from a “place” and rebuilding itself as “space”. My move at 15 years was when Lagos stopped being my physical home. But as I struggled in a new society with new labels, boxes, and corners it tried to forcefully shove me into, I began to discover that I needed to find communities where I didn’t need to push back against the weight.

Spaces where I could just effortlessly exist as I once did in Lagos, Nigeria.

Over time, I came to realize that home to me means the place – rather, the space – where least effort is needed to be myself. It would be naïve of me to define home as where I feel the most comfortable. Families and relationships will always remain deeply complex institutions.

But home is the space where I’m allowed to exist without explanation.

My concept of home was further solidified when I started getting beneath Swedish culture and its psychological mindset governed by an ethos called “lagom”. On the surface, lagom is often described as not too little, not too much, just right. But it is a lot more nuanced than that. If you think of this mindset as a scale, anything that tips it heavily to either side (too little, too much) is considered stress, and so the mindset constantly recalibrates itself to keep that scale balanced.

At its worst, its lack of acknowledgement continues to isolate, exclude, and marginalize.

Each of the places I’ve lived have given me profound gifts. They each gave me puzzle pieces in my quest for redefining what home truly means to me, and decoupling that thought from physical geography.

The biggest piece Nigeria gave me was that of deep roots. Roots are important to plants because they feed and nourish it by sucking up nutrients, minerals, and water from the soil – culture and traditions.

The US was where my notions of home morphed from where I came from to spaces where I felt completely myself and didn’t need to push back against society’s expectations of what and who I was supposed to be.

Now based in Sweden for the last decade, the Swedish mindset of lagom has helped me pare down my life to reveal its most important values and most crucial relationships I need to keep fostering and nourishing.

Home is also found in meaningless WhatsApp conversations I have with siblings across these three continents – Europe, Africa, and North America.

Putting all these pieces together, this means regardless of where I find myself in the world, I find home in one of those mental spaces of recognition.

I feel at home whenever I return to Lagos and meld into the sea of cultural sameness and acknowledgement of traditions. Where I am no longer just “Black”, but rather, someone from the Yoruba tribe.

I feel at home whenever I return to my safe spaces in the US and meld into friendships and communities like my rugby family of former teammates that allowed me to be fully me.

And I feel at home whenever I spend time with my most important relationships in Stockholm. Whether over goat meat stew or Swedish cured salmon with dill-infused yellow potatoes.

Because for me, home means any space in the world where I feel effortlessly me.

A version of this piece was originally published on Modern Adventure.