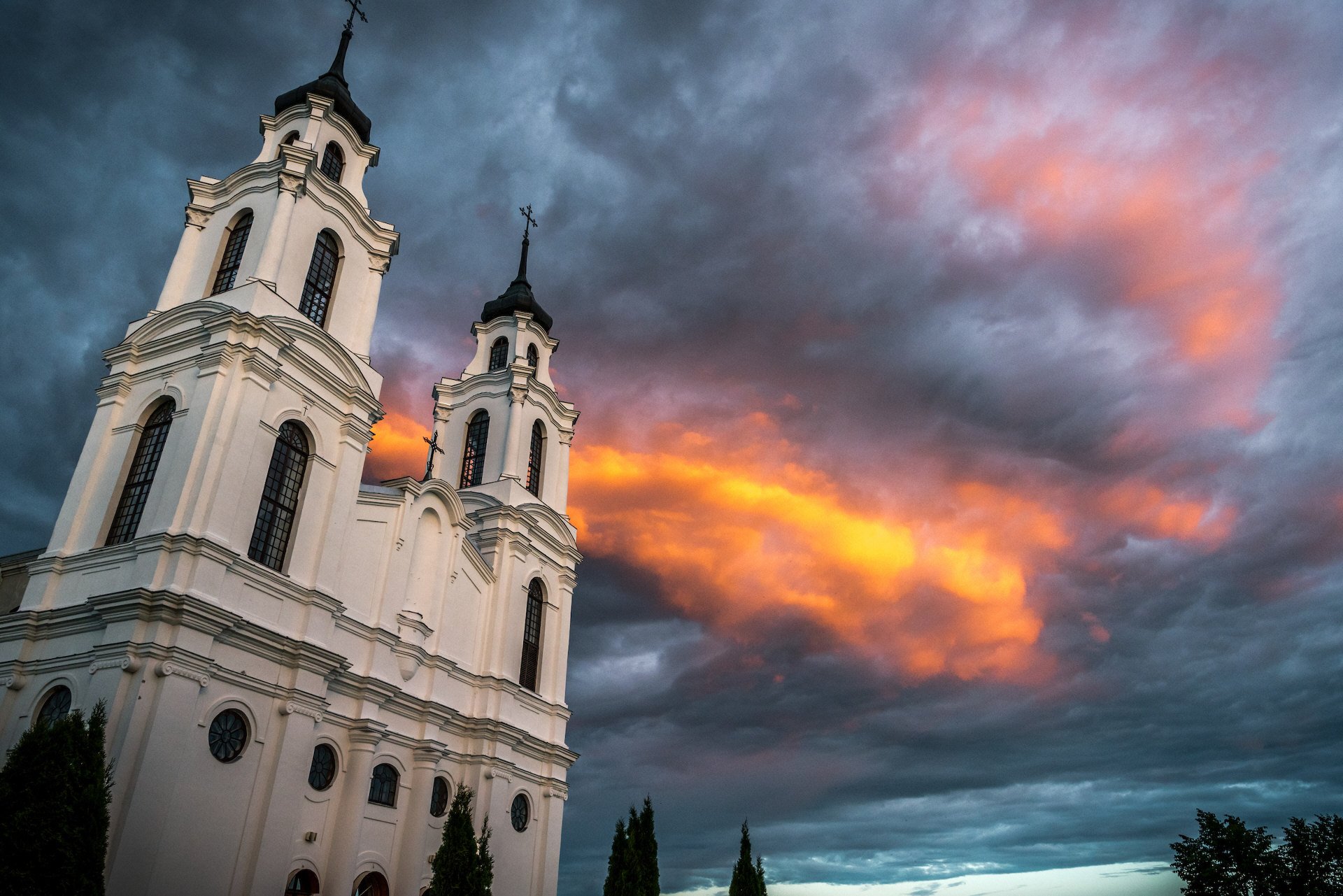 The best part of following the open road and where it leads you is making space for serendipity. For meeting people who make your trip richer and more memorable. From people who are passionate about their work to people who are actively preserving history in a way that’s natural and organic.

One of the most exciting stops during our #LatviaRoadtrip around the remote Latgale region of Latvia was in the country’s oldest town – Ludza.

Over 840 years old, the historical town of Ludza fans out from the Livonian castle hill topped with ruins and tons of wooden architecture in the surrounding old town. Ludza was first mentioned in historical notes sometime between 1173-1177. Its stone fortress and castle was built in 1399 and used as an eastern outpost in Livonia for centuries.

Ludza is also located 30 kilometers from the Russian-Latvian border as well as the Belarussian border which we got to visit as a bonus.

Here are some of my favourite experiences while exploring Ludza. 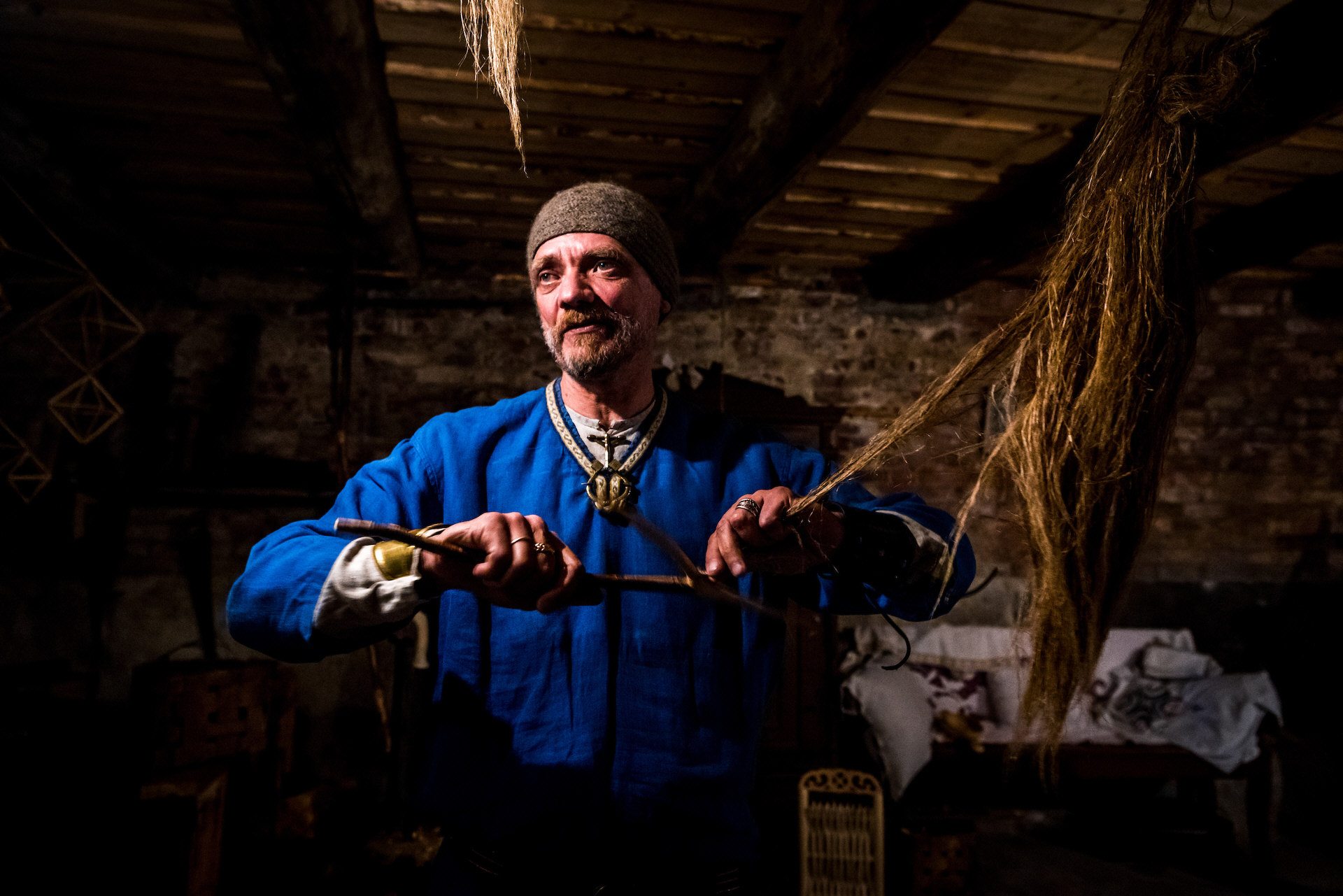 It was in Ludza where I got to meet Līga Kondrāte and her husband, Ēriks Kondrāts, who run Ludza Crafts Center (Ludzas amatnieku centrs) as well as a friend of theirs, Uldis Balodis, who happened to be visiting at the same time we were passing through Ludza.

Uldis is a Latvian-American linguist who has studied 26 languages (!) as well as a fabulous photographer and writer.

You see, Uldis was serendipity himself.

In addition to being a wonderful spirit to be around who is passionate about his cultural research on minority Estonian culture in the Latgale region, he also acted as our impromptu translator while Ēriks, a master storyteller, shared stories about ancient Latgalian culture and Livonian tribes.

Back to the crafts center, Ēriks and Līga live and breathe history. They are actively preserving traditions and crafts such as pottery making, weaving, and sewing traditional folk costumes which date back to the 12-14th centuries.

Alongside a collective of about 100 local artisans whose work gets sold through the store, the place teems with folk costumes as well as handmade products made from flax such as “peternes” (traditional Latgalian shoes) and, baskets. Workshops are also run at the center so you can try your hands in making the wares as well.

While there, we were graciously allowed to try out Latgalian clothes. Uldis and Janicke (my roadtripping buddy) got to wear more “contemporary” styles from the the 15th century and newer with reds, khaki, and white hues, while I got to wear a more ancient style from the 12th century, also donning the headrest reserved for married women. While I joked that I probably looked like one of King Herod’s concubines, what a privilege it was to drape such history over my shoulders![fullscreen] 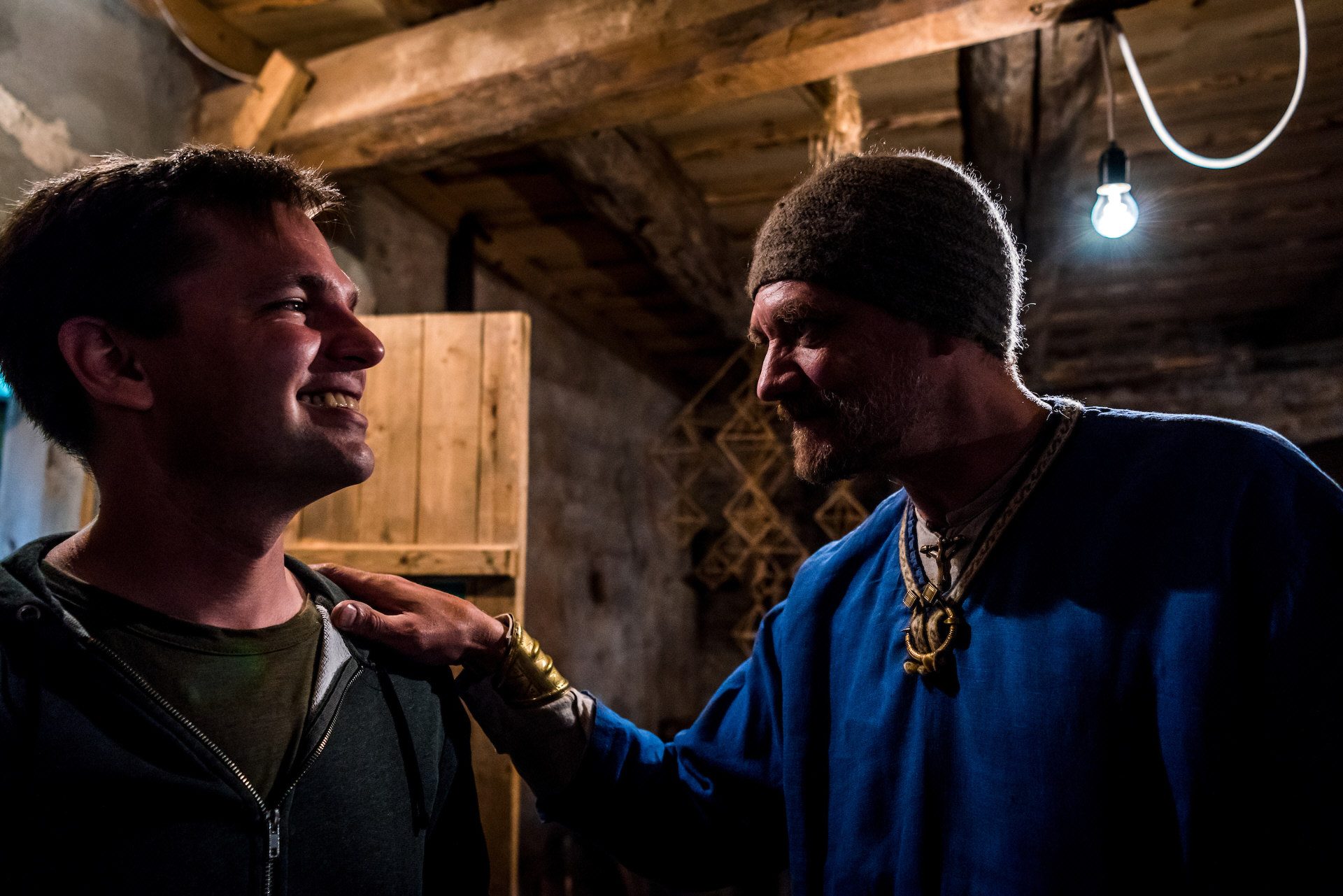 Alongside the center, they also run a traditional kitchen where local dishes endemic to the region are served up for guests who can also lodge overnight there. If you love bacon fat, you will certainly love Latgalian cuisine as almost everything we dined on had a touch of – well, was essentially marinated in – bacon fat (speķis).

From brown beans cooked in speķis to actual chunks of speķis which you can eat with brown multigrain organic bread, topped with cucumbers as well. From beet soup to flour dumplings served with berries, Latgalian gastronomy is comfort, filling, and essentially, soul food. 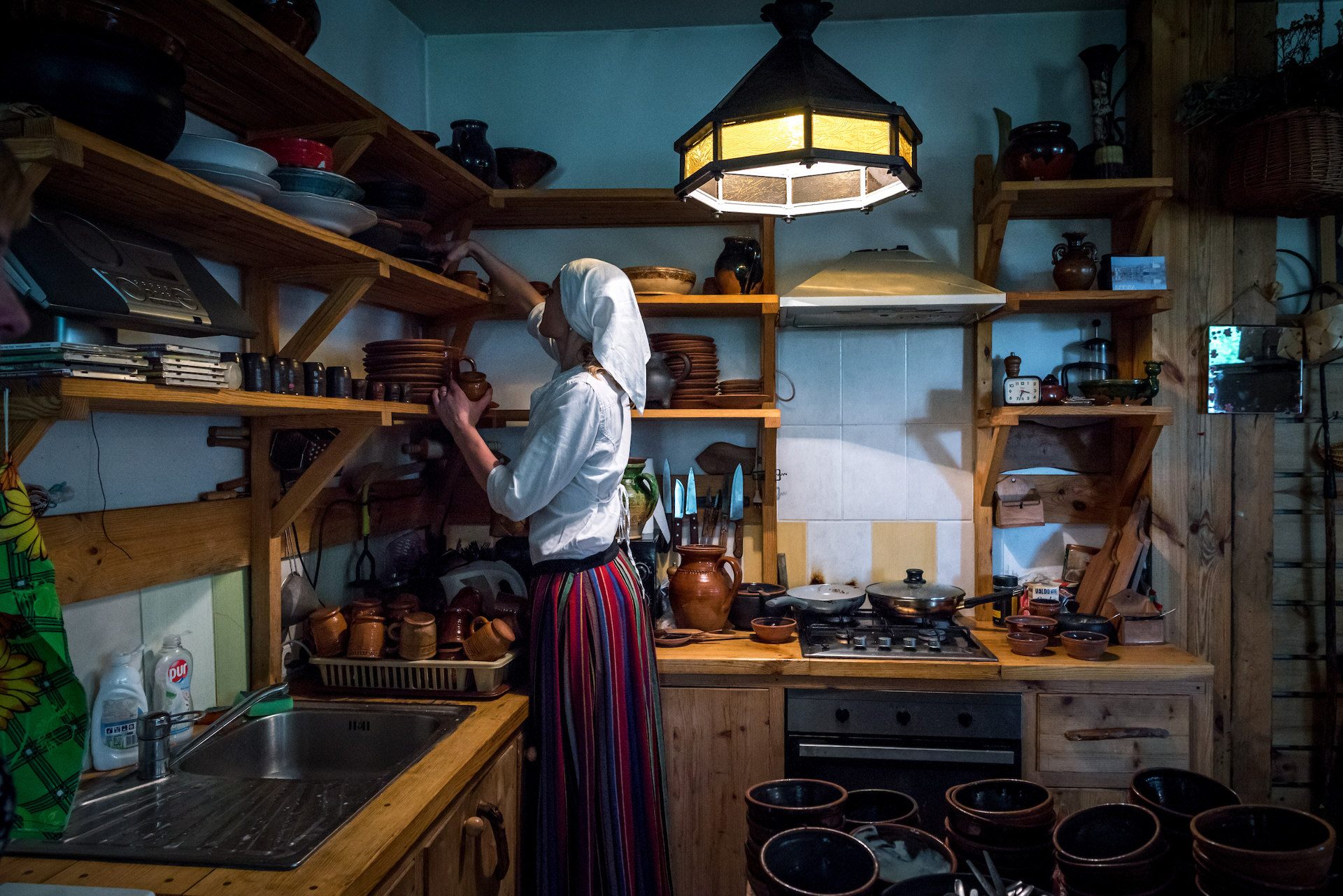 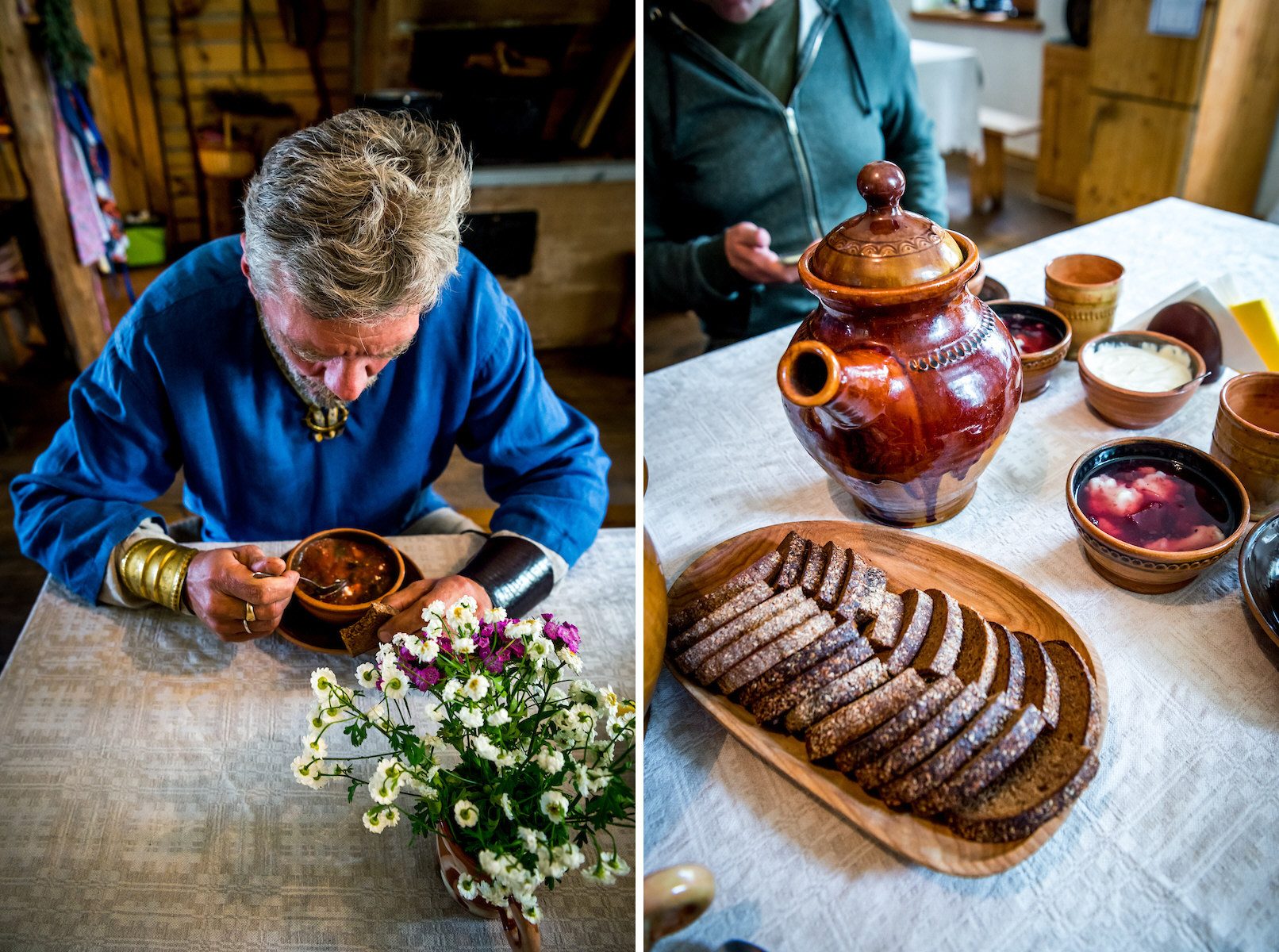 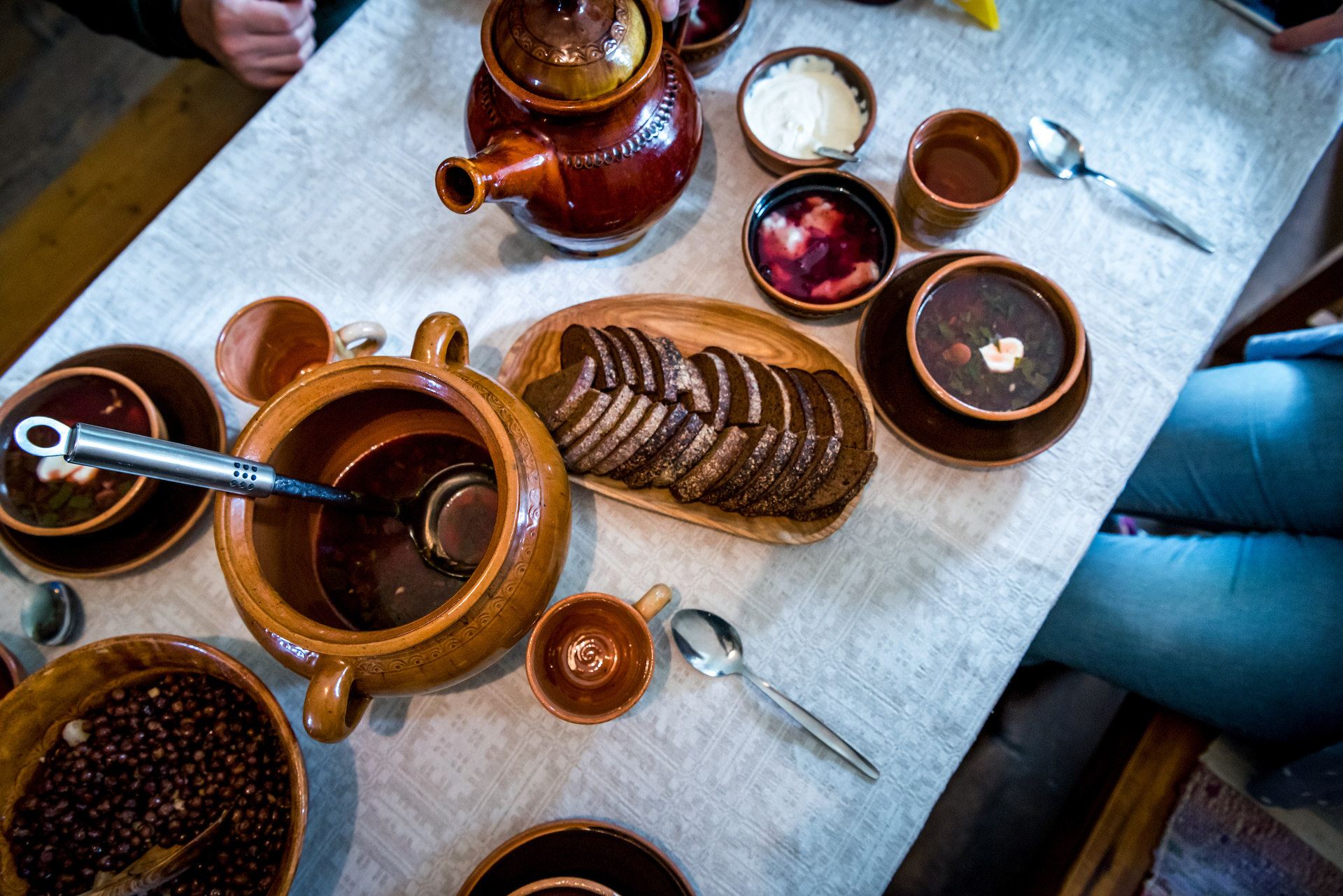 Ludza has some spectacular churches and the most impressive and domineering is the Ludza Catholic Church. In 1687, the first Catholic church was built as part of the castle whose ruins are a few steps from its location. But the original church was burnt 200 years later in 1938 by a fire. It was finally rebuilt in 1995 and many of the residents actually used their own hands to collectively renovate the church. I happened to photograph its imposing spires just as a storm was moving in and created one of my most memorable photos from the entire trip!

Another impressive structure is the Karnicki Chapel and Bell Tower where a statue of St. Mary was erected in 1934. The wooden bell tower is the only building that survived the fire so it dates to the early 18th century and is preserved by the Latvian government as well. 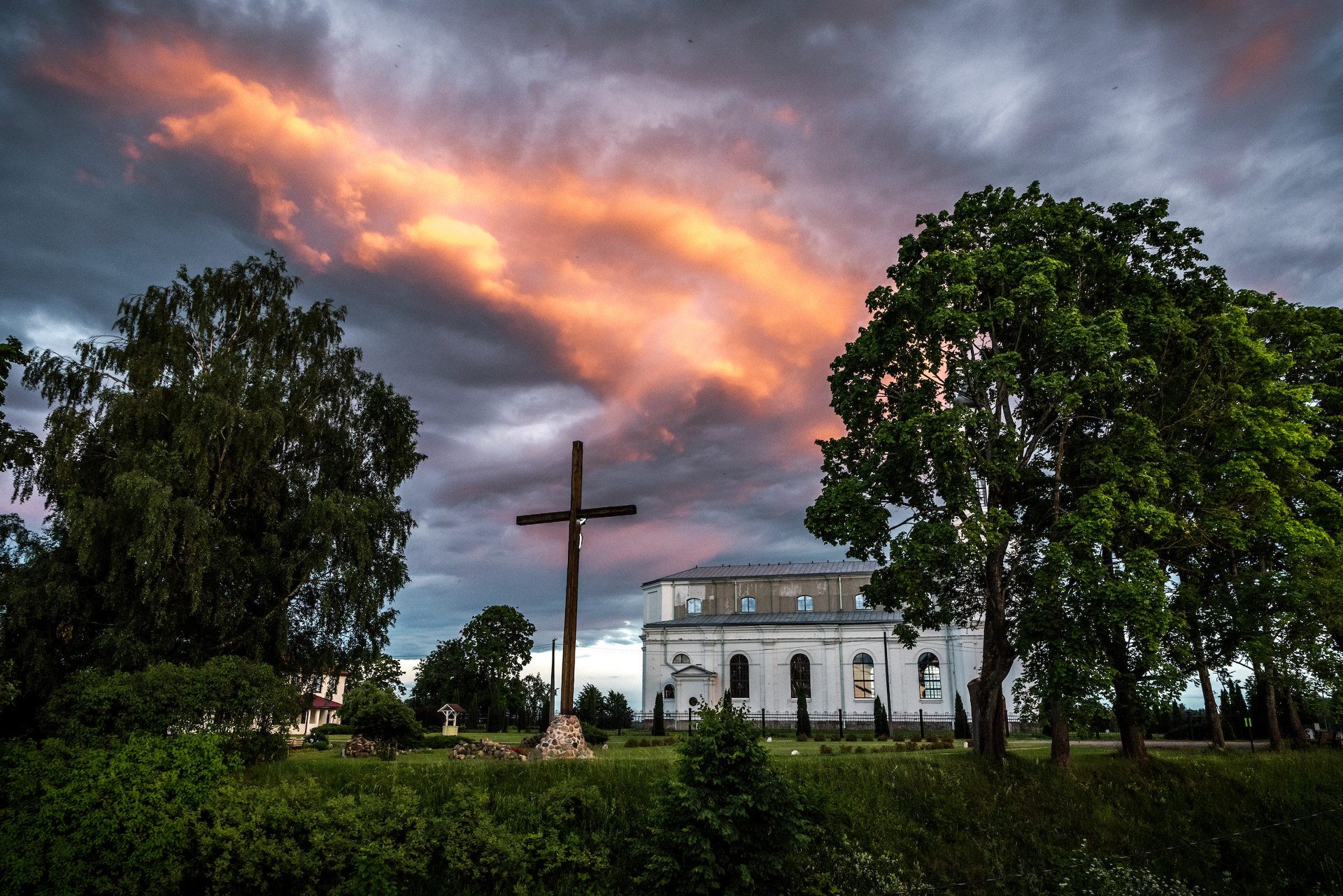 Ancient Baltic tribes were said to have built a wooden castle at the top of the hill between both the “Big and Small Ludza” lakes. But by the late 14th century, German crusaders had overtaken the hill and built a solid three-storey red brick fortress as their eastern Livonia frontier. Over the years, the castle was either damaged in battle or eroded through the years so what is left standing are its ruins from 1765.

The castle ruins are also the perfect place to watch some stunning sunsets and catch the sun cast its golden glow across some of the oldest land in the world as it sets to rise the next day. 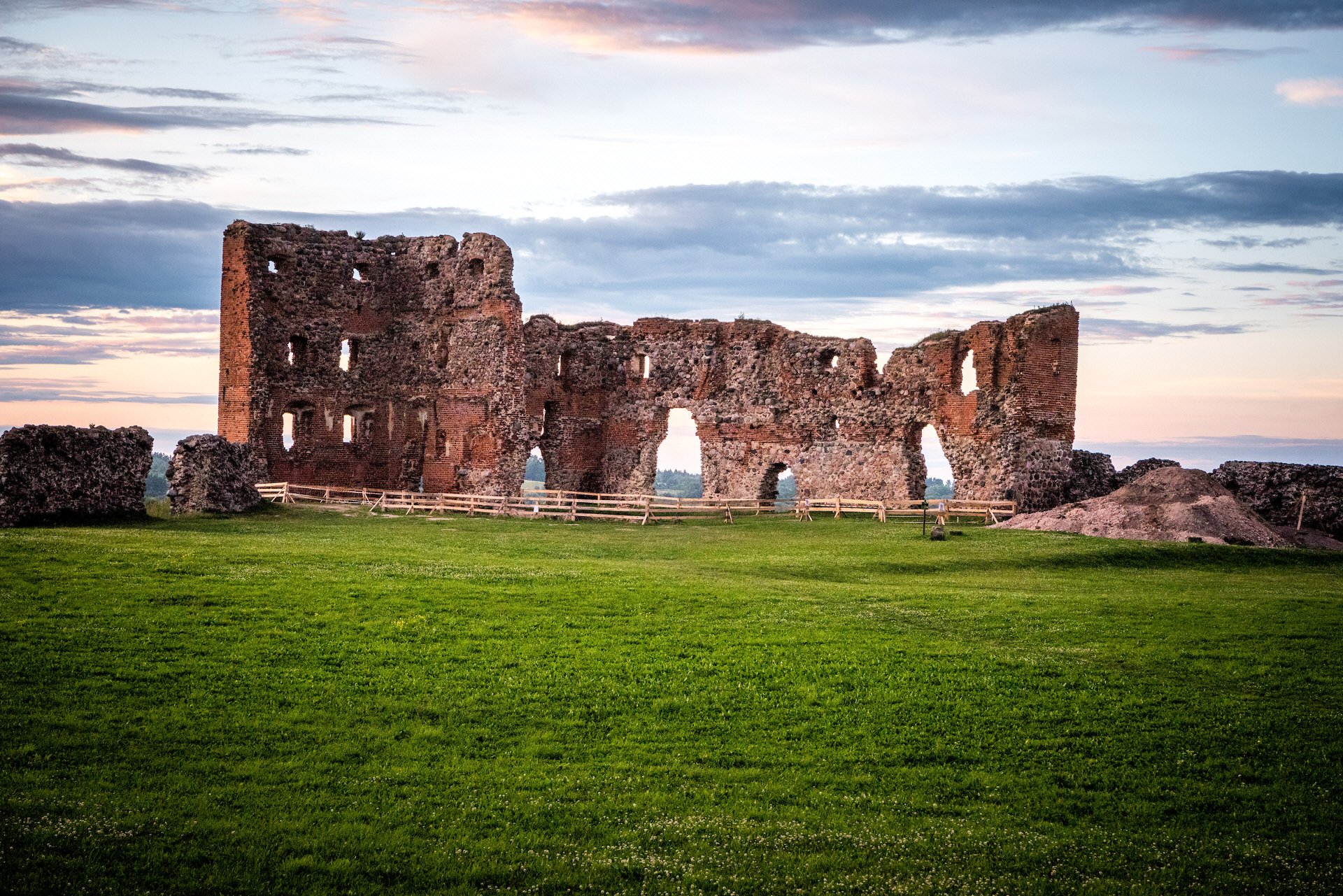 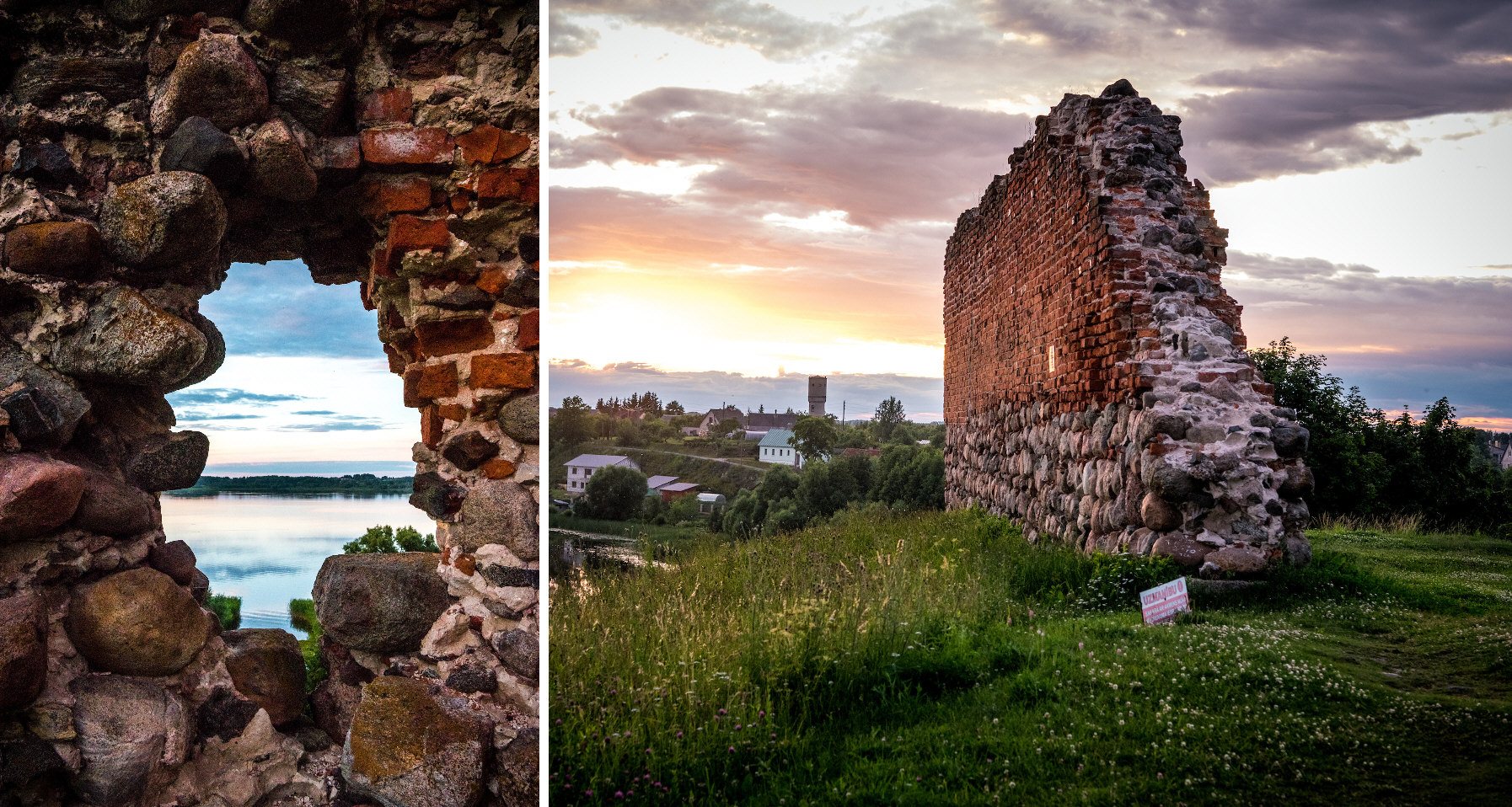 You can view more photos in my Latvia image bank below.

I explored the Latgale region of Latvia as part of the #LatviaRoadtrip campaign in collaboration with Latvia Tourism and NordicTB Collective. As always, all thoughts, opinions, and travel content I share on here are my very own.