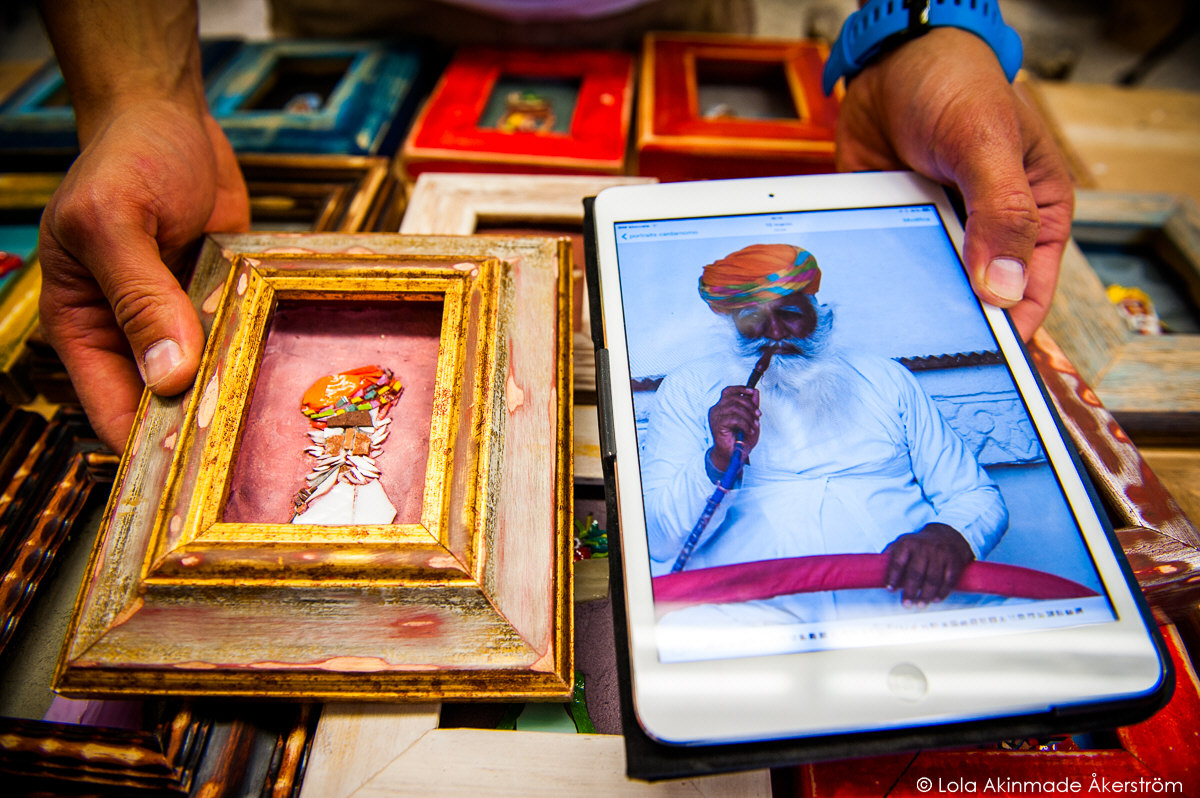 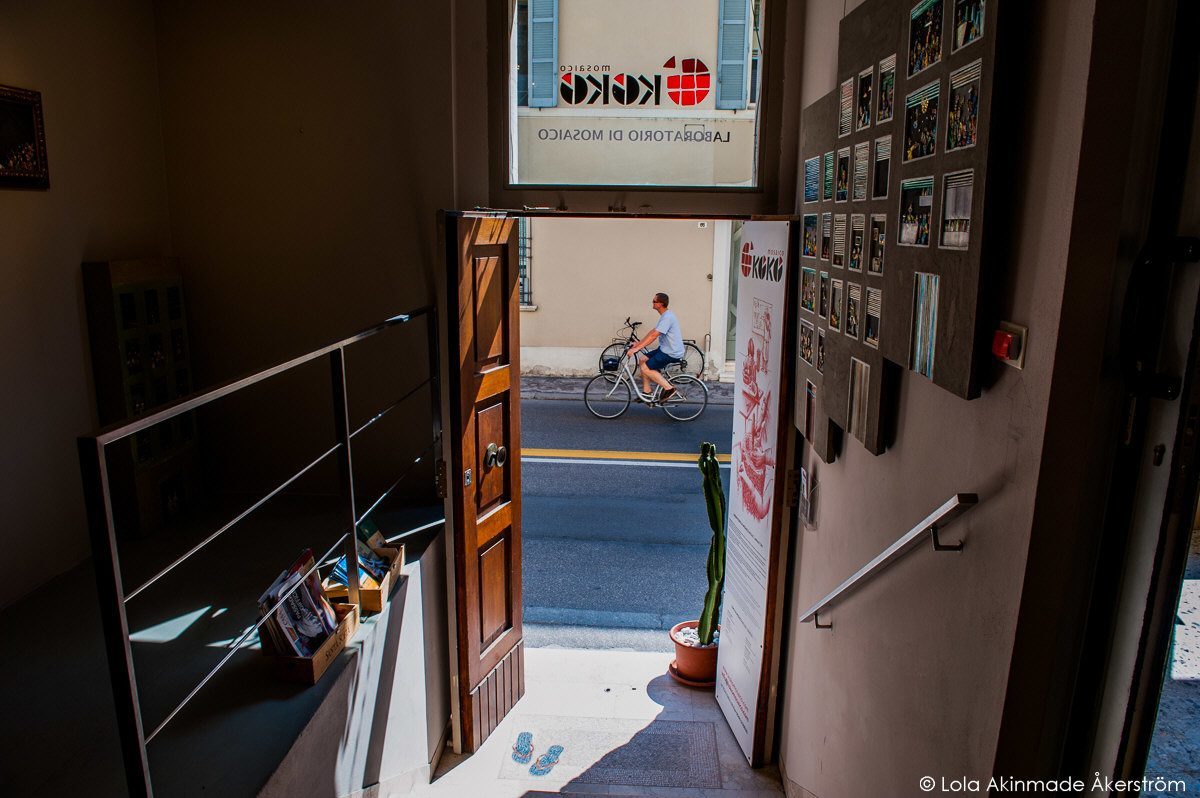 Meet Luca Barberini, arguably the coolest mosaic artist in Ravenna. He is taking an old medium and transforming it into fresh and modern art.

Luca’s Via di Roma 136 project is ingenious. The kind of idea which, if I were a mosaic artist myself, I’d snap my fingers and say “Darn! Why didn’t I think of that first?!” But then, I would still need his talent to execute it.

So “Via di Roma 136” is a permanent installation. A condominium building with 56 windows etched into the wall of his studio. Each apartment window is an individual white-framed mosaic painting, each depicting various cultural, political, and everyday lifestyle scenes. A person cooking in the kitchen, a library, people having a romantic dinner, people taking a selfie with a selfie stick, bookshelves, potted plants, religious figures, someone being stabbed in a bloody bathroom…

Each apartment window is numbered, signed, and also for sale for “a handful euros“. Each time an apartment is sold, it is referred to as the residents of Apartment No. 433 (example) moving out. When a new window is created, it means new residents have moved in.

Each apartment window is photographed and shared on Facebook and Instagram and a voyeuristic community has been built around the concept. Now followers want to know who has “moved in” and who has “moved out” and get a glimpse into their everyday lives.

Just how cool is this project, right? 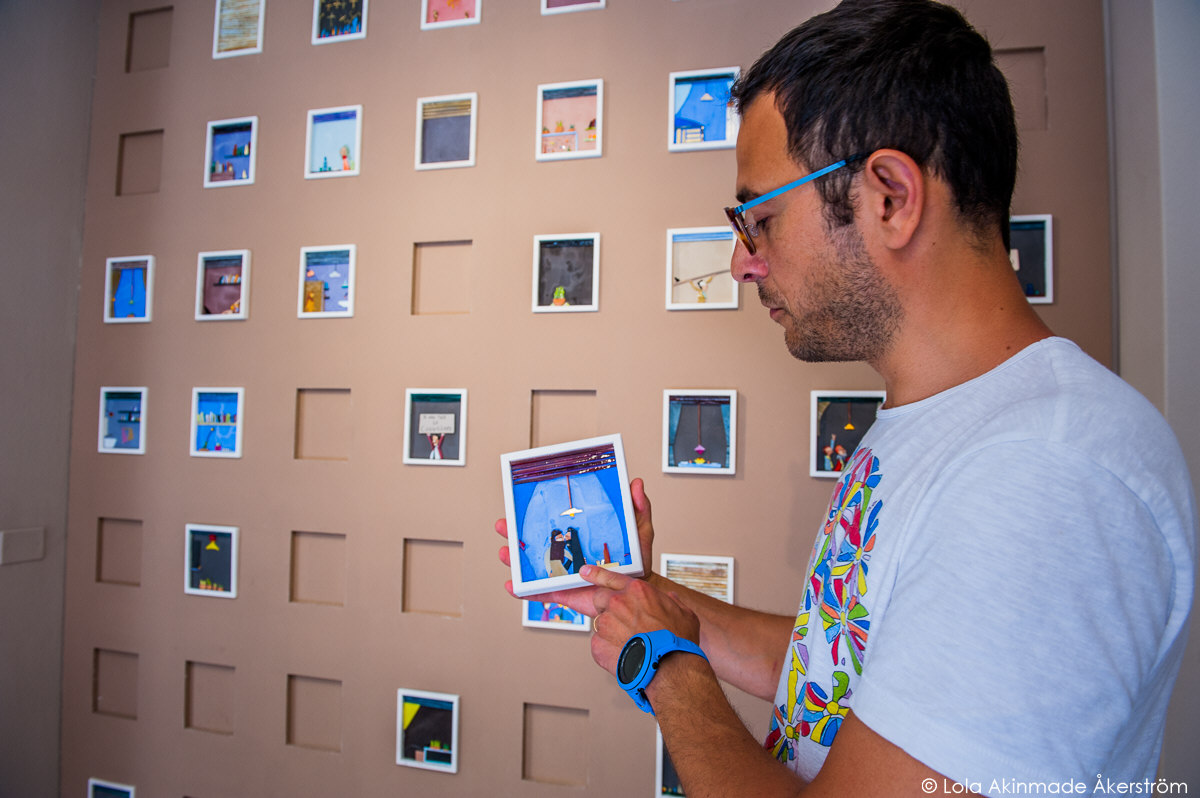 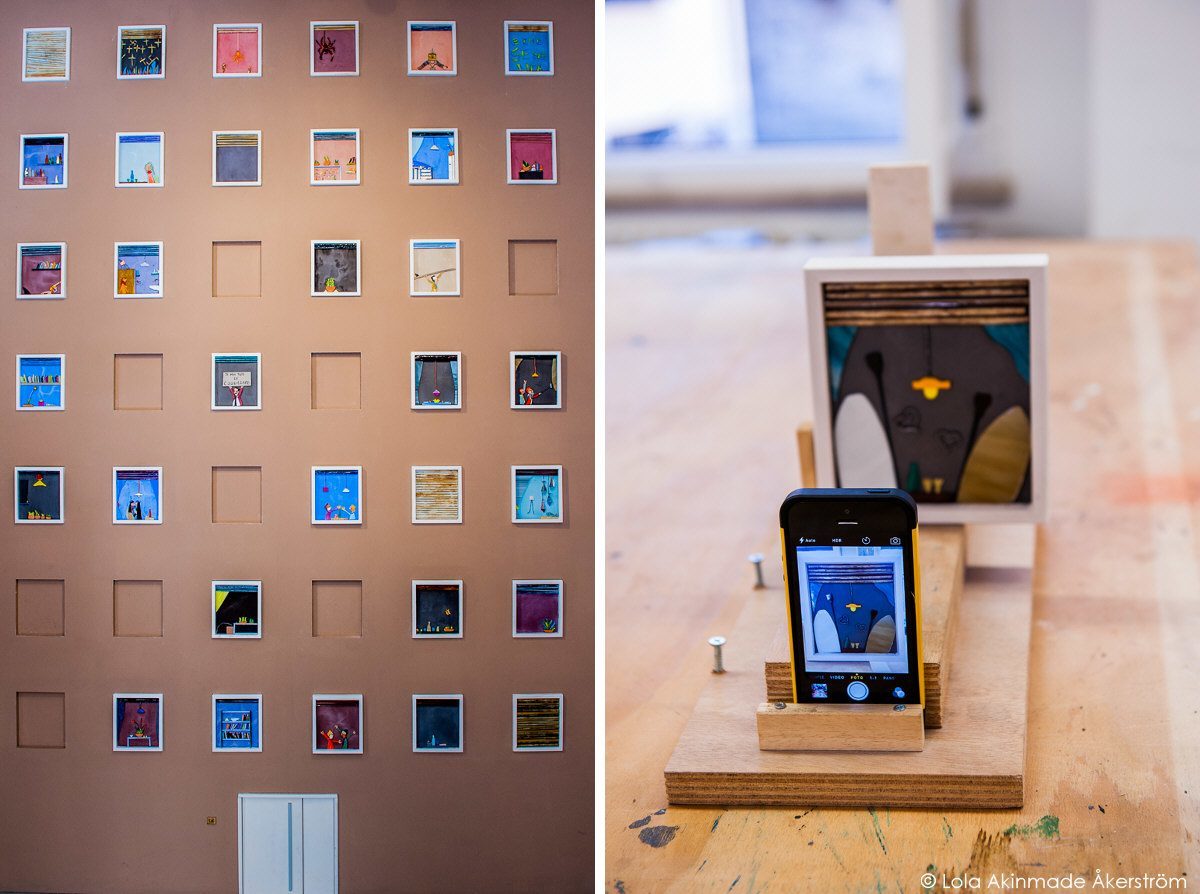 Beyond the condominium concept, I love that Luca is taking an old medium – mosaics – and making them fresh, contemporary, and ultra-modern in his execution. When I dropped by his studio while traveling around Emilia Romagna, he was working on a commissioned series of portraits. A photographer who’d just returned from a trip around Asia and had shot various local portraits commissioned Luca to interpret those images in his own way using colorful mosaics. 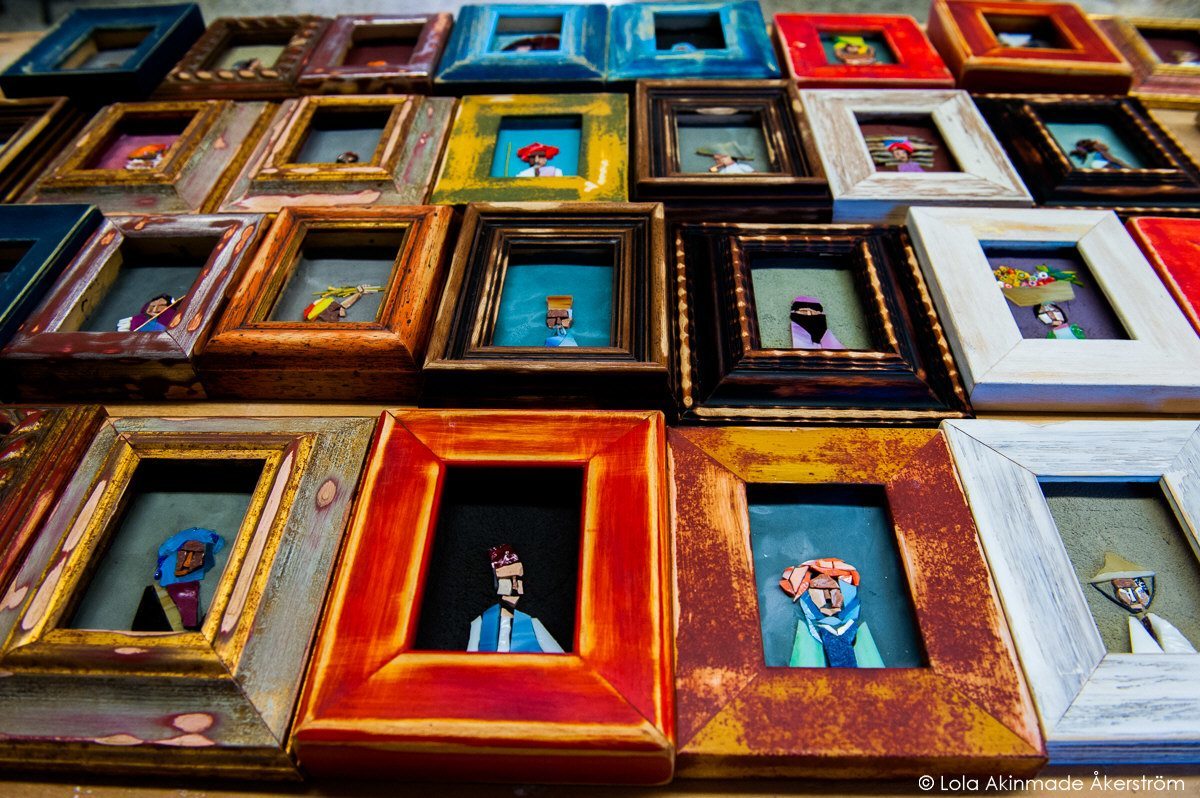 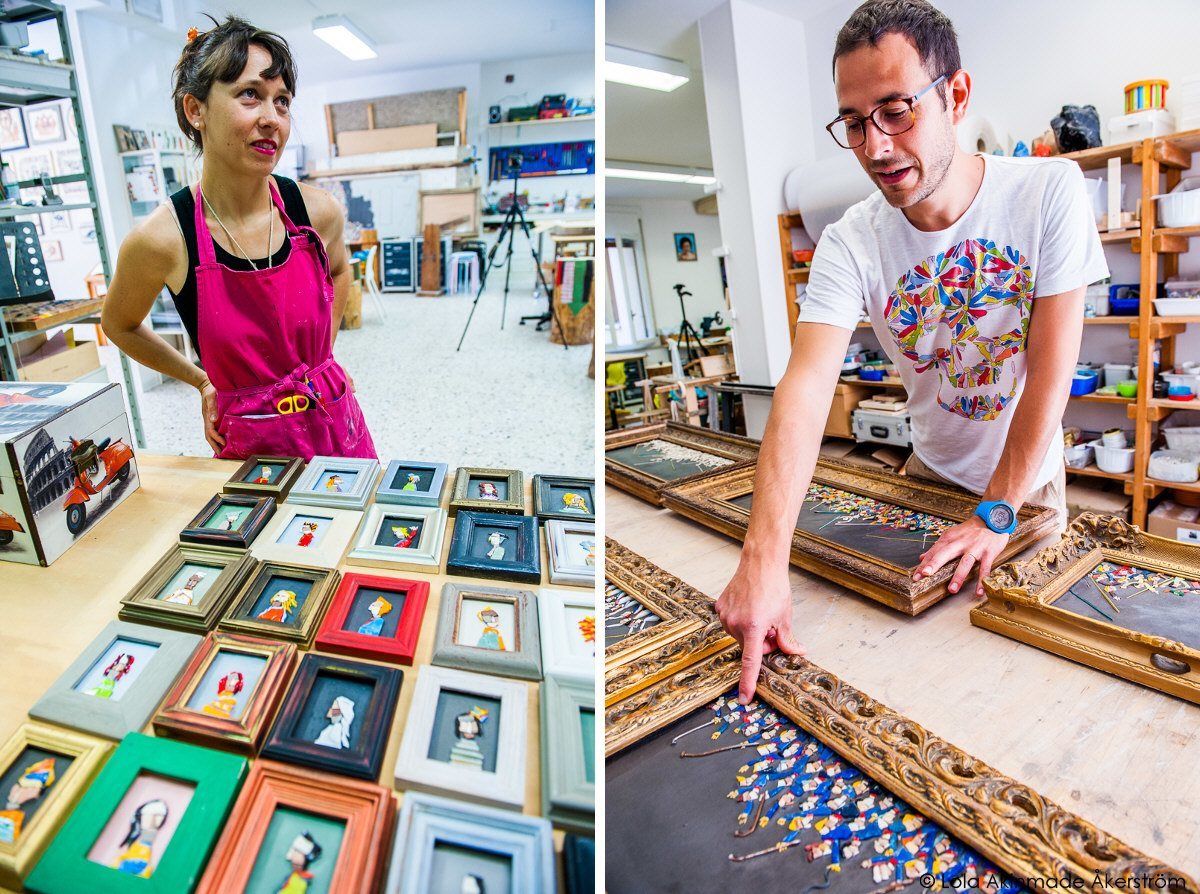 Vividly creative in so many ways – I was instantly drawn to Luca’s visual style. He could put just two or three pieces of tiles together, and you could immediately guess who he was portraying. Some of his work touched on political and religious themes as well, inviting the viewer to question what they’ve always believed as truth. 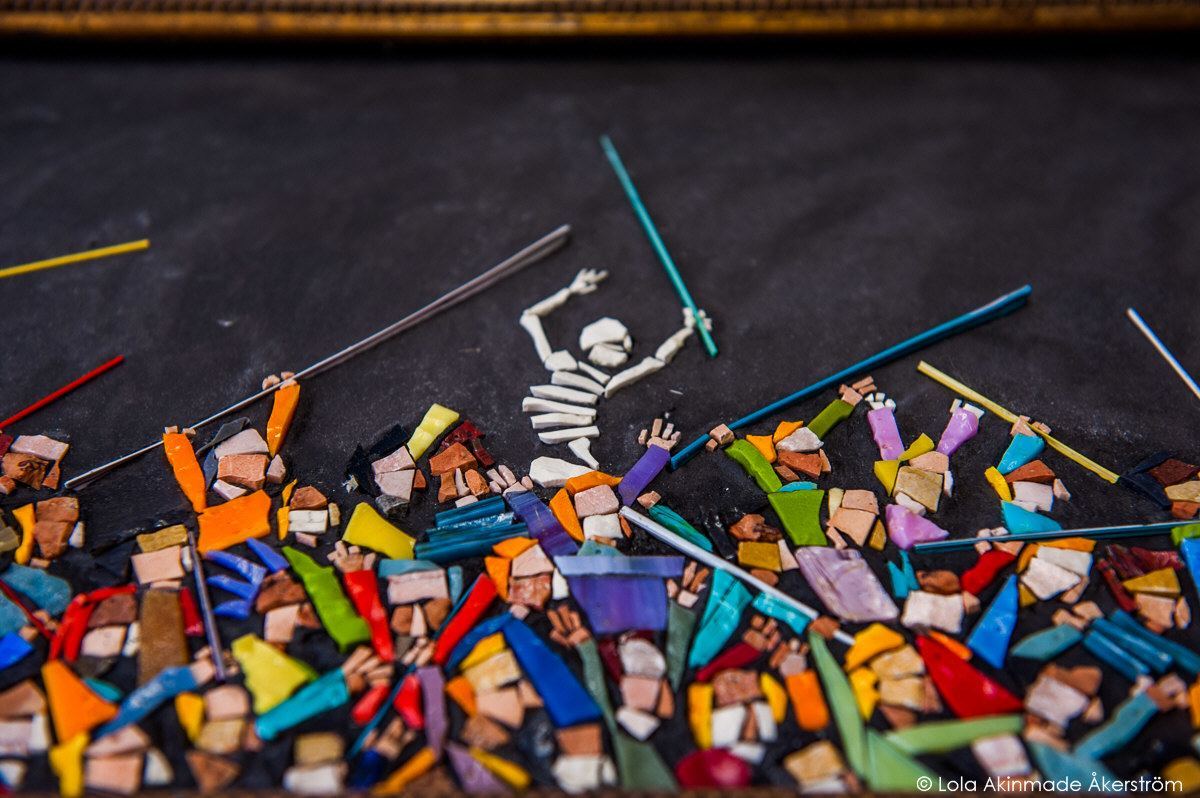 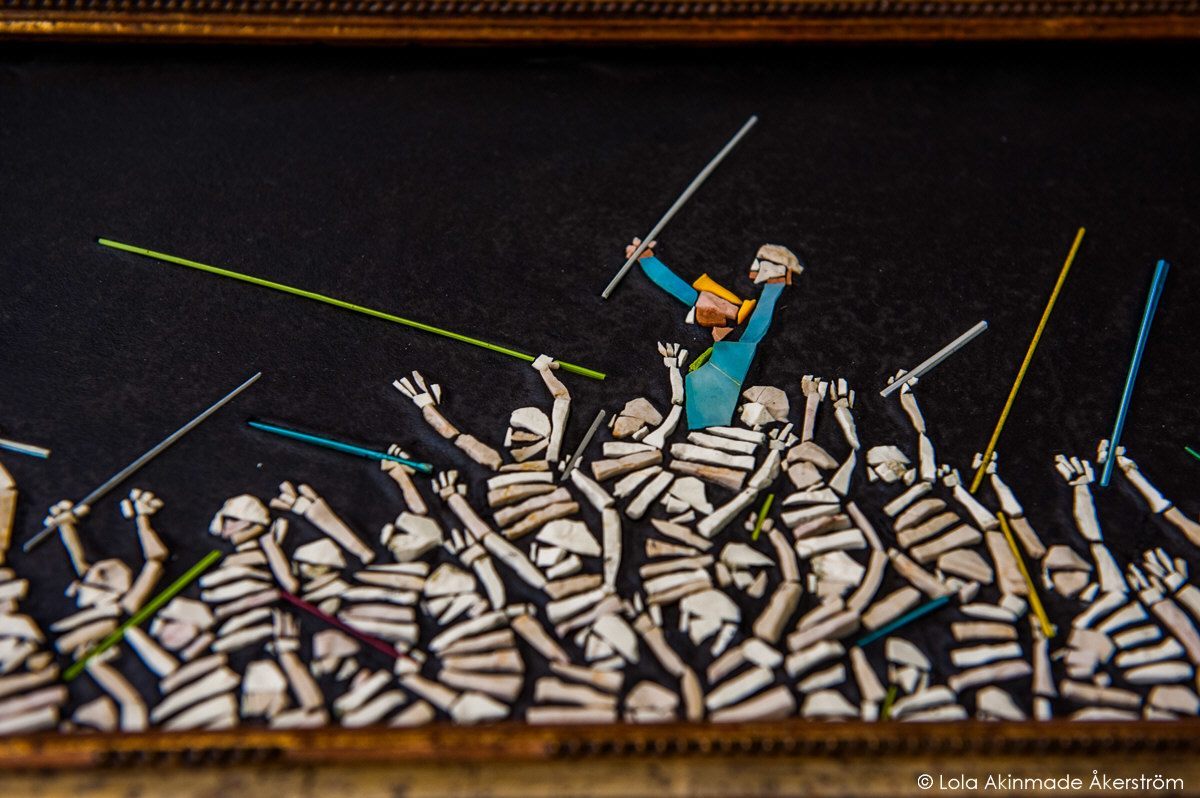 Luca runs Koko Mosaico alongside his wife and partner, fellow mosaic artist Arianna Gallo (pictured above) where mosaic artists gather to learn and talk about their medium as well as teach mosaic-making workshops – from beginner to advanced, and family courses. They work on a variety of commissioned projects from copies of ancient mosaics to more modern designs and contemporary installations. 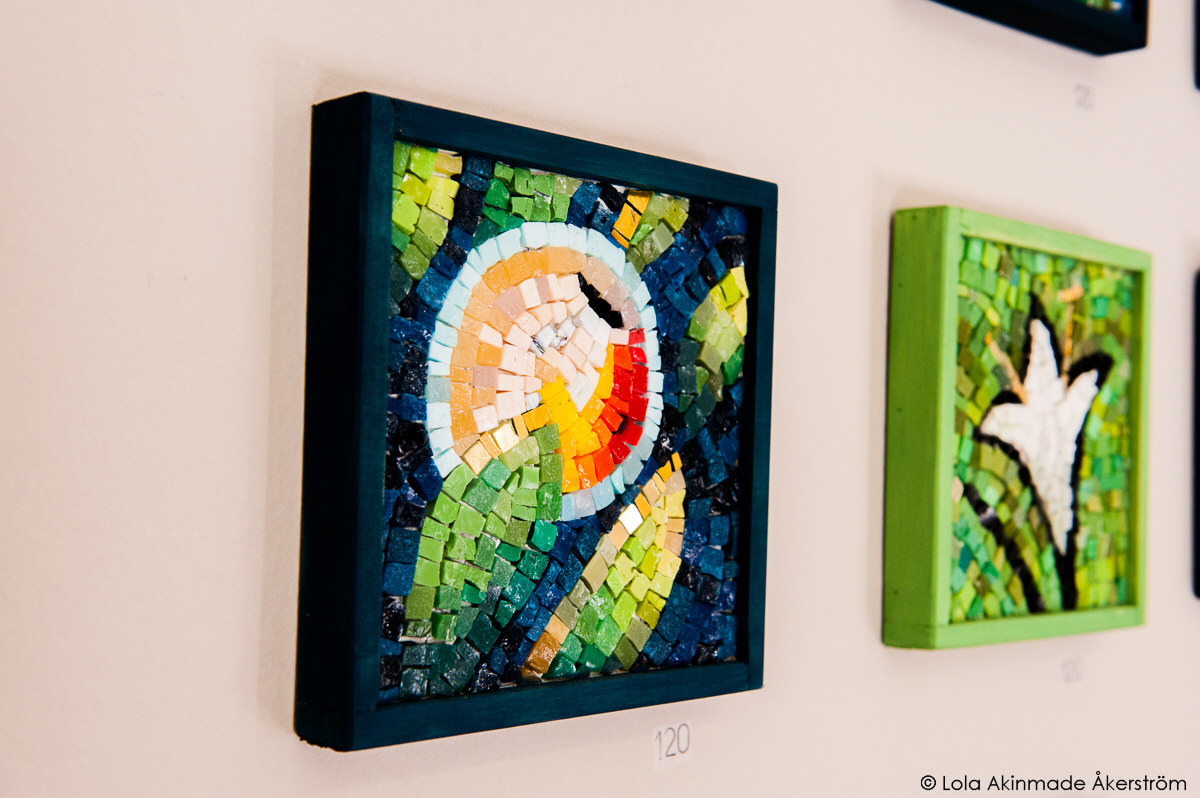 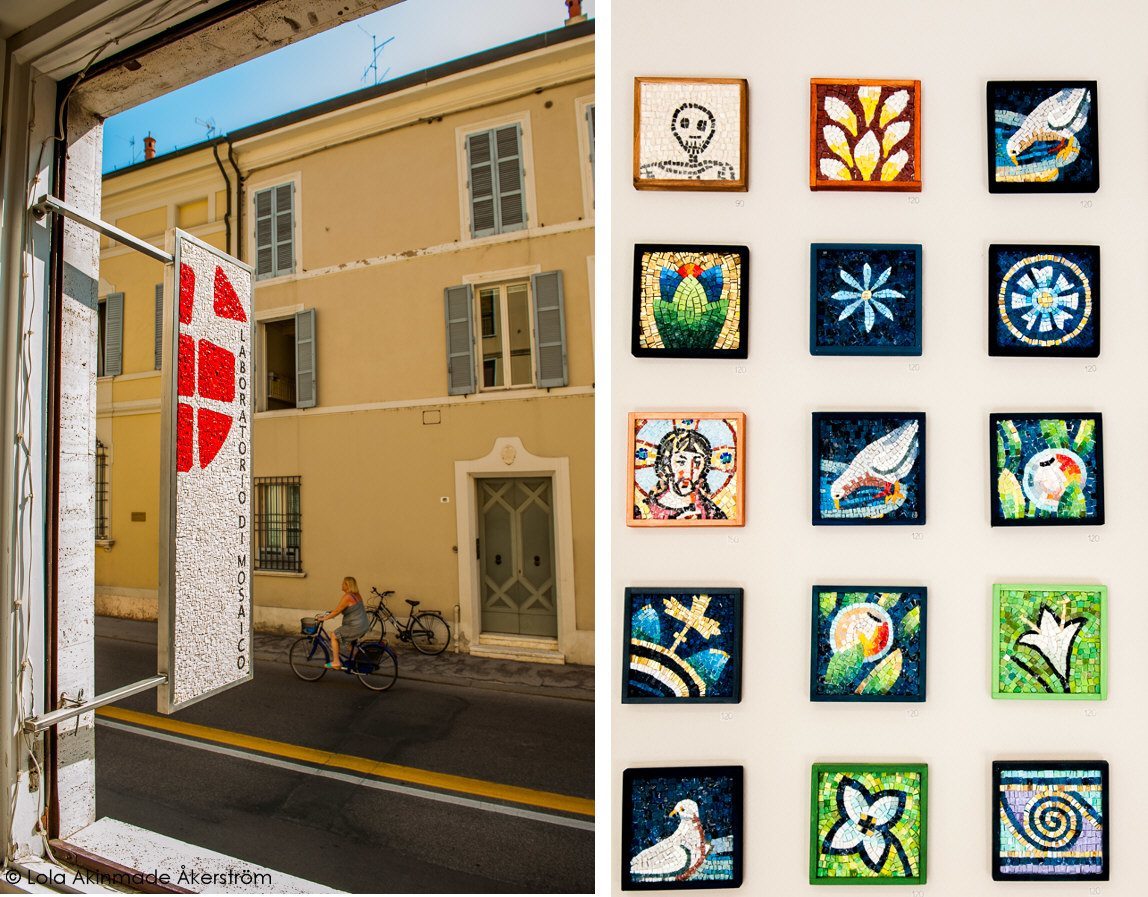 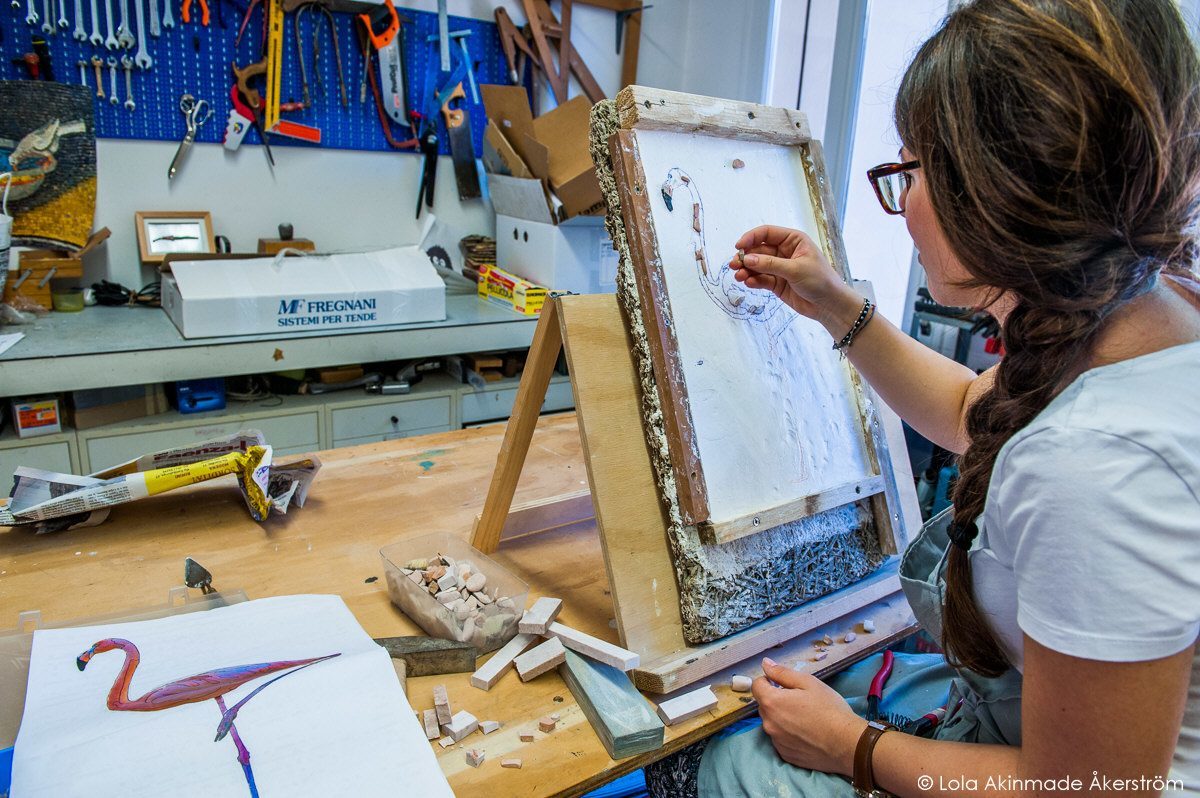 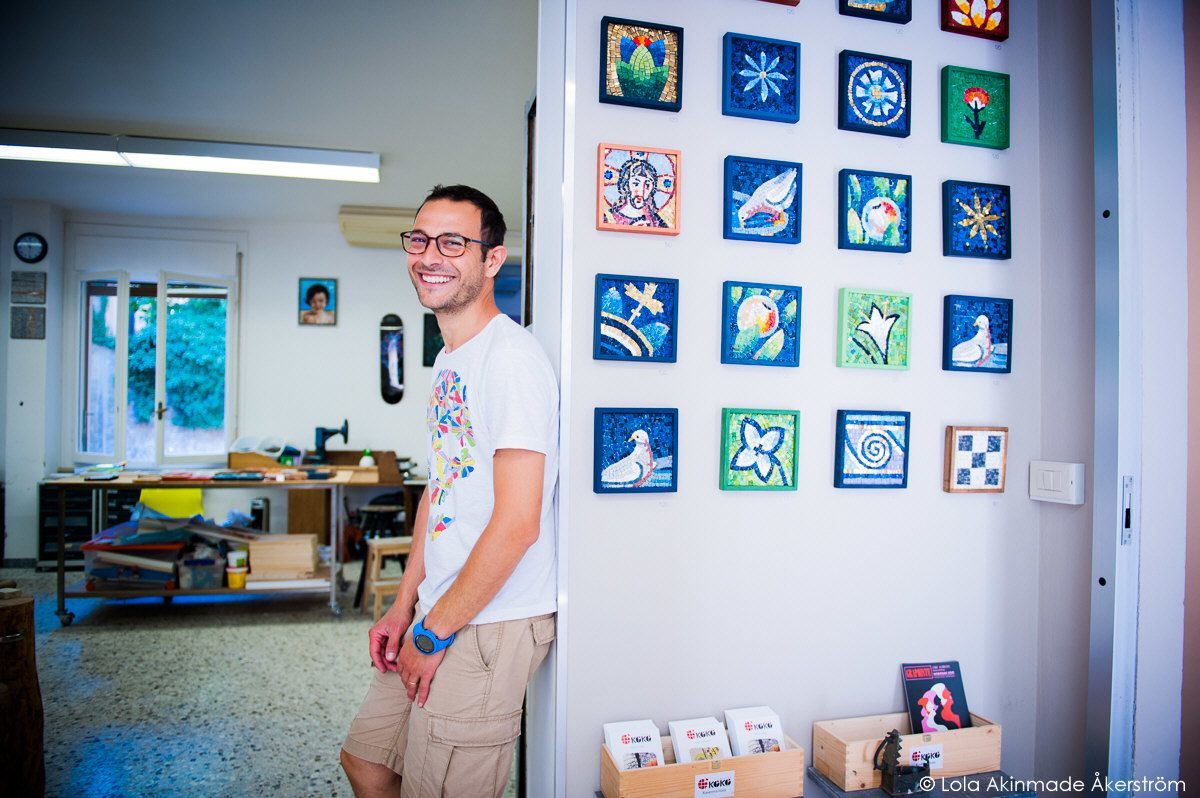 So if you head over to Ravenna to check out its UNESCO-protected mosaics, be sure to drop by Luca’s inspirational studio and get in touch with him if you’d love to buy your own window into Via di Roma 136. You can check out more photos and mosaics from his studio in my image bank below. 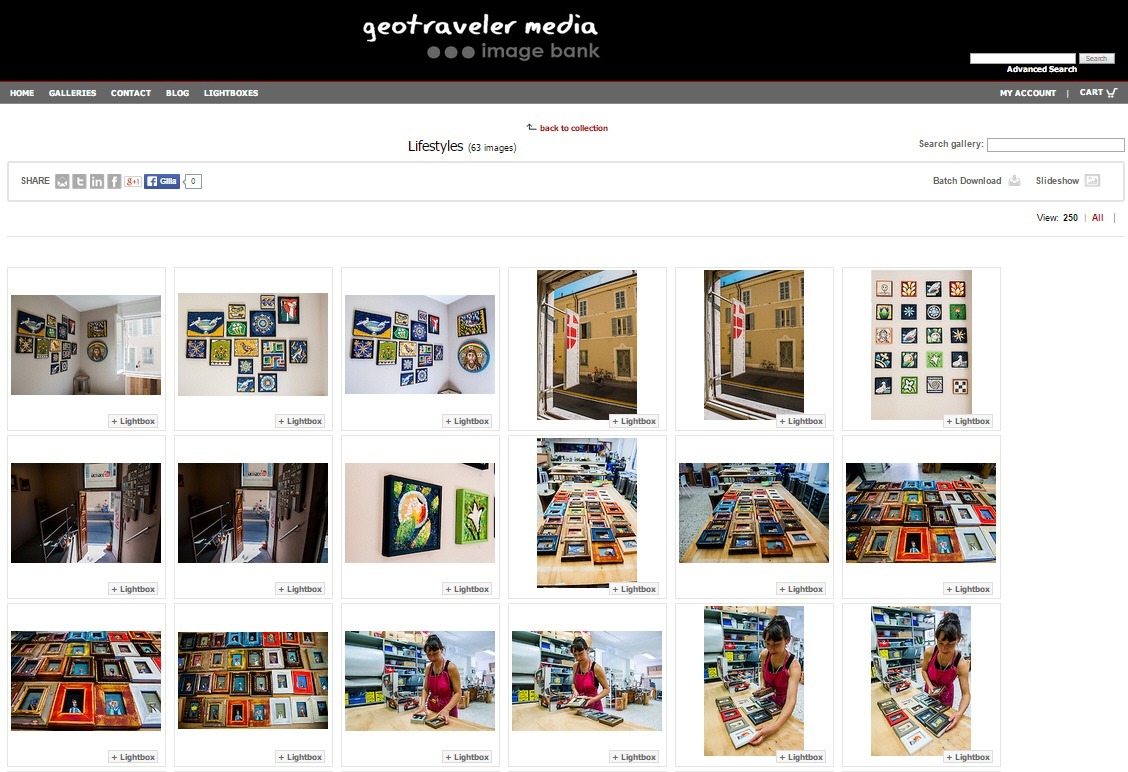 My trip to Italy was with the award-winning #BlogVille campaign and a collaboration between the Emilia Romagna Tourism Board and iambassador.