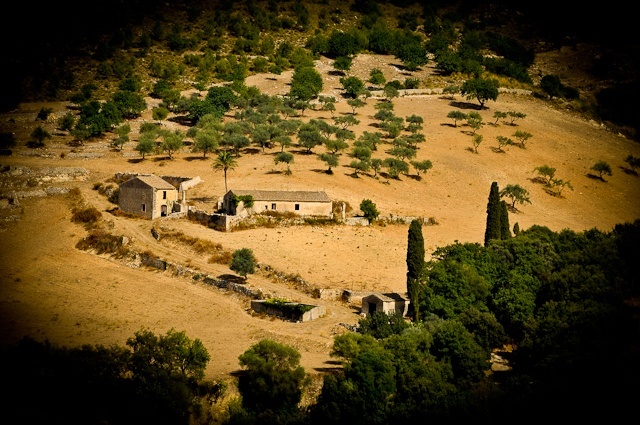 Arriving around 8pm at night, we boogied to some 80s tracks at a random happy-hour event we stumbled into at the hotel before getting out of Palermo the very next day. This trip certainly wasn’t about museums, sightseeing, hitting Sicily’s famous beaches, or gluttonously gorging on pizza. It also wasn’t about getting off the “beaten path” so to say with an itinerary of activities in hand.

Considering tickets were purchased and hotel reservations made barely a week before departure, we knew we had to go with the flow to avoid unnecessary stress during our 13 days in Sicily and Malta. And so, it really was about hopping into a rental Peugeot hatchback, armed with our own GPS unit (thankfully), and going where Sicily chose to take us…despite the GPS unit.

And boy, did she take us deep into her interior. Through the Madonie Mountains along harrowing cliff-side roads to the relatively remote village of Gratteri. There, we would unplug and hide out for three days; wandering empty narrow streets, hearing the occasional middle-aged lady yell in Sicilian Italian across a clothes-strewn balcony to her neighbor’s. Most of Gratteri’s 1000 inhabitants were away and so we had the farming village to ourselves…along with old men and their walking canes who gathered every evening at their watering hole – Bar La Villa – to eat gelato, drink coffee, and chat boisterously.

They never tired for gist on a daily basis as we greeted them Buongiorno. I always wondered what they chatted about. What they’ve been chatting about for decades. The same stories, I reckon, from different angles.

We did gorge on pizza topped with the freshest Gorgonzola cheese and salty prosciutto in Gratteri. Because here in our off-the-travelers-track find, a small car winds through narrow roads to home-deliver bread, the vegetable guy rolls his truck through town every couple days, the main square consists of 4 gelato kiosks that moonlight as bars and a post office, and we can’t order pizza off the menu until the pizza guy comes.

We continued along Sicily’s touristy coastline hitting Cefalù, Milazzo, Taormina, Giardina, constantly missing Gratteri the rest of the trip. Ditching our car for two days, we ferried over to the Aeolian Islands to see Stromboli occasionally spurt lava. The islands rewarded us with 7 shooting stars in a single starry night. Eyes locked, we beamed shyly, falling in love all over again. Barely three days later, after leaving Lipari, a 4.5 magnitude earthquake would injure a handful of people and cause several rock slides, bringing us back to earth once more.

Gradually making our way down to Siracusa with its heavy Greek influence stamped across sprawling countryside, we would dig into whole squid, fresh fish, and fist-sized prawns in Ortygia before going in search of more baroque in Noto and Ragusa. Deep within Siracusa’s hilly province, snaking across mountainous switchbacks as the only car for kilometers, gaping silently in reverence at 22-km long stonewalls, listening to the sounds of cow bells, is where we would find a softer side of Sicily.

Away from suntanned barely-clad crowds, distracting technology, and constant ambient noise, we remained fully aware of each other and are much closer for it.