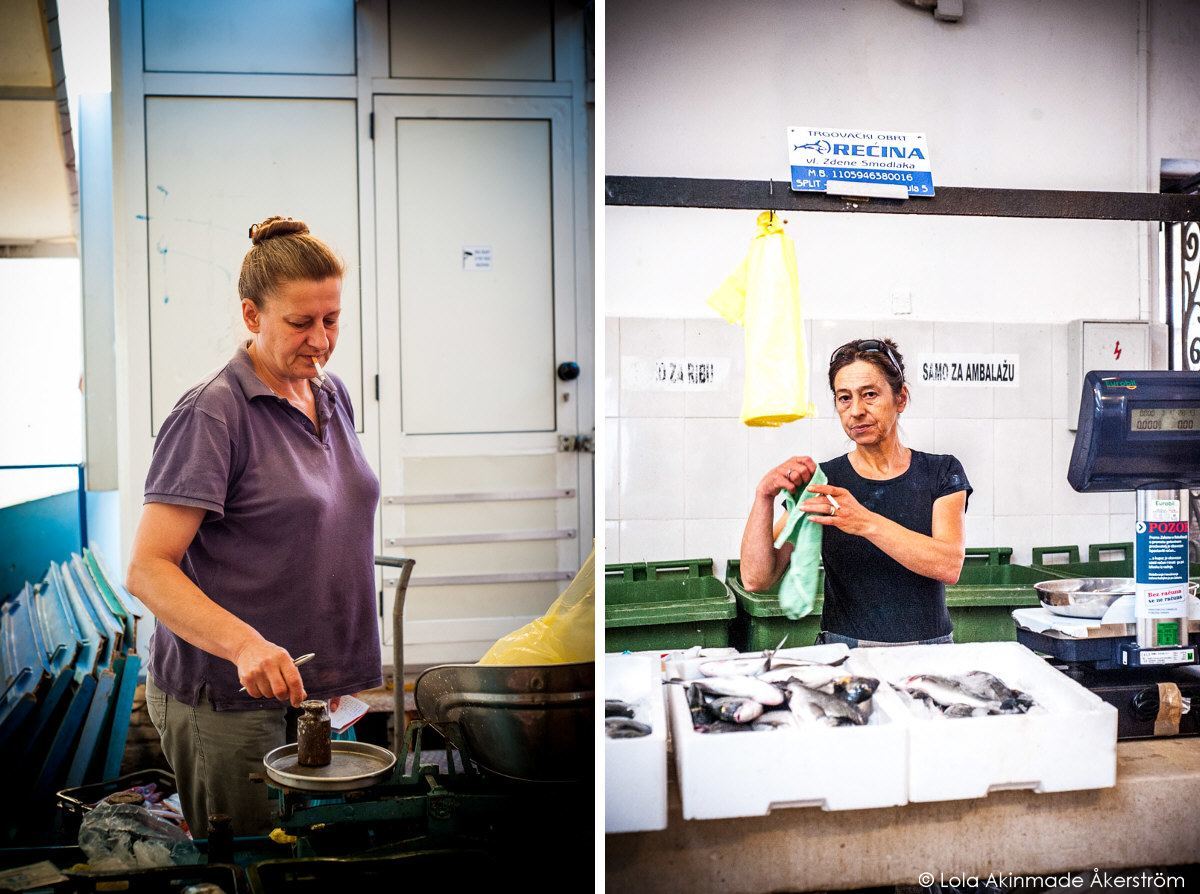 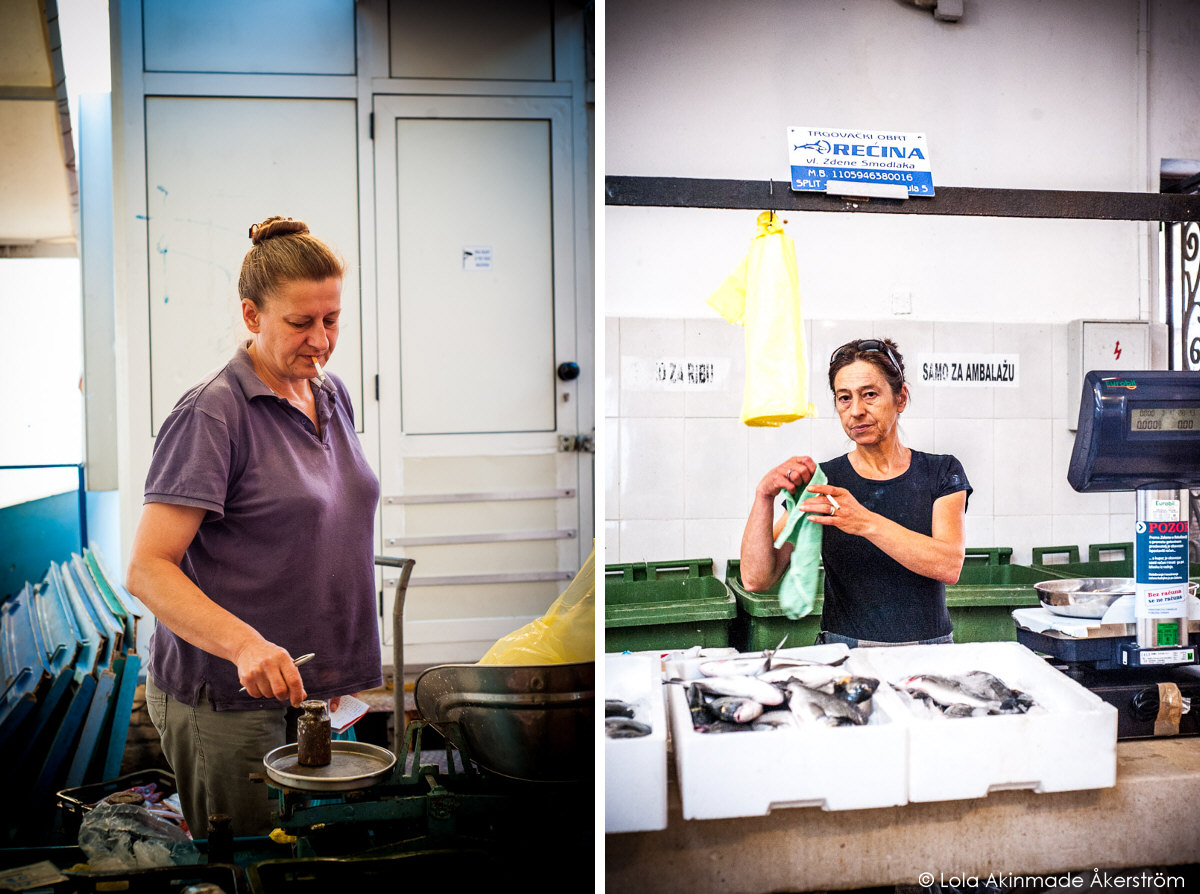 I was waiting at the still closed gates around 5:45 am. Lining stone walls while sitting on various plastic chairs, wooden stools, and doorsteps were fishmongers. A cigarette gently balanced between fingers. The click-swish of a newspaper page being turned. A yawn. A stretch here and there. They were waiting.

Waiting for freshly caught fish from the Adriatic Sea to be delivered.

I leaned against a stone wall and waited with them. Sometimes flashing a grin. After all, I didn’t speak Croatian besides basic greetings. Sometimes lightly conversing in English with those who could. Most times just waiting in silence beside them. They knew why I was there. After all, I had my camera resting on my hip like a baby even though it was beneath my scarf.

I wanted to be a fly. They needed to know this. A nonintrusive fly. 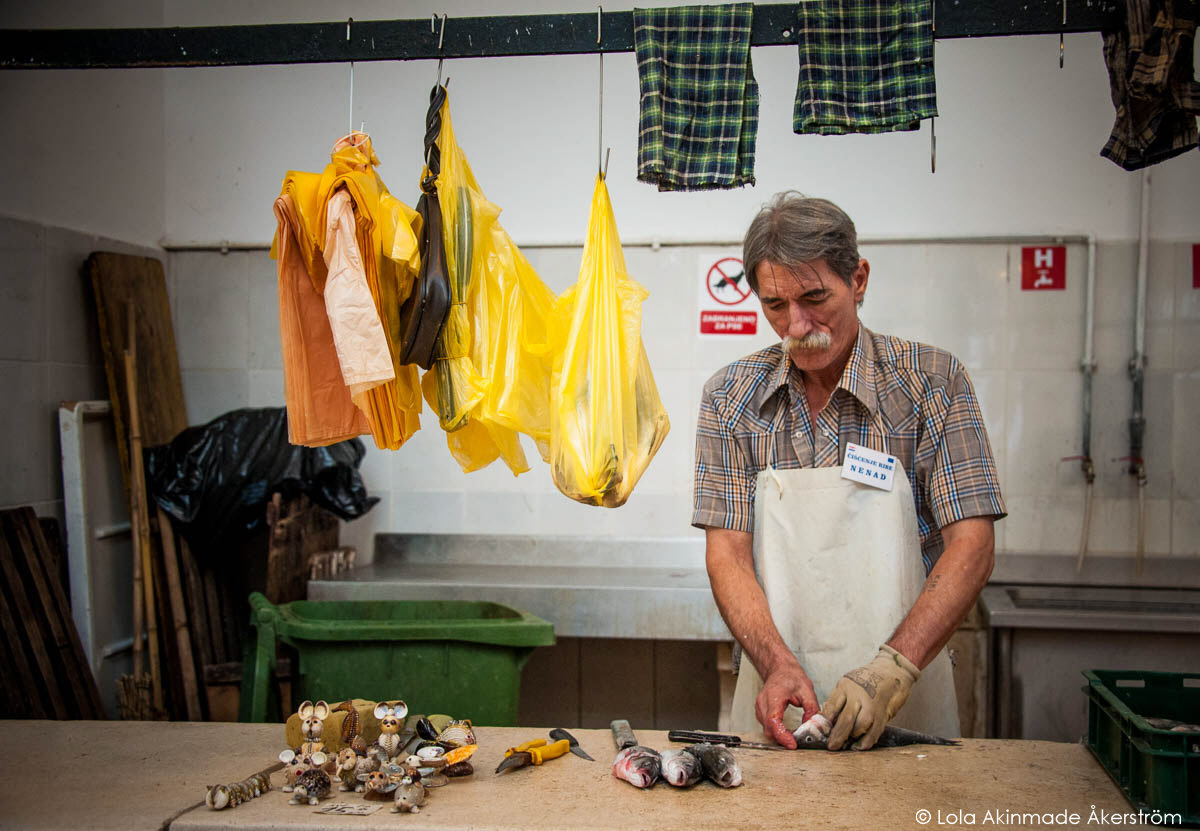 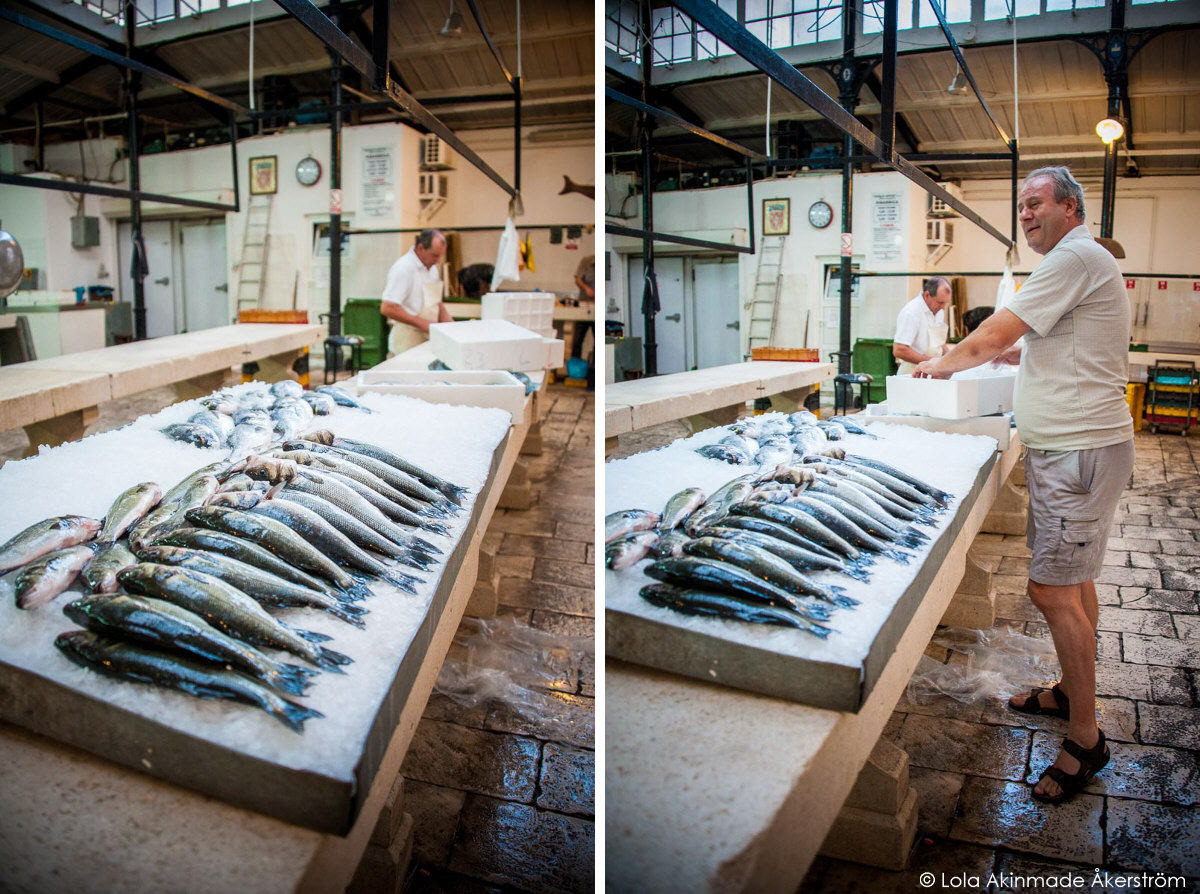 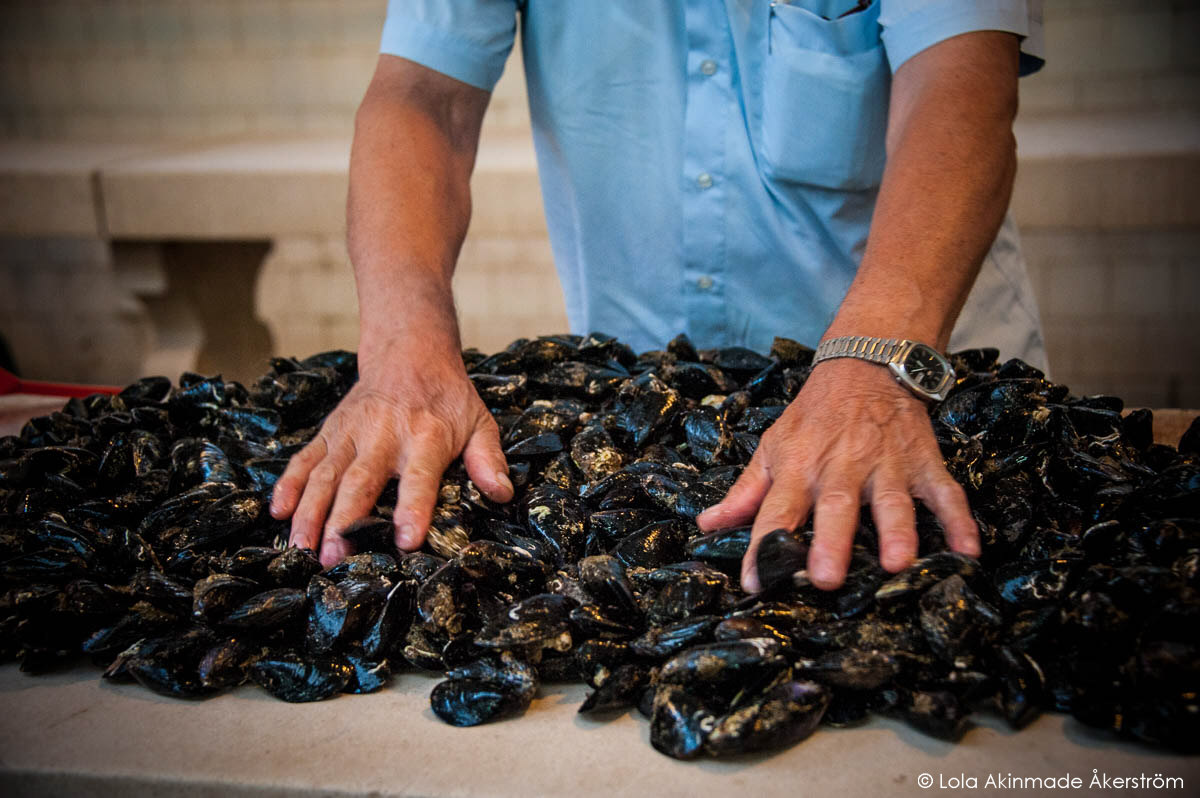 Once the door flung open, the dizzying rush of fish on ice and shellfish being loaded in, molluscs being cleaned, the scraping of scales of fish, the sorting of mussels and clams, and that heavy pungent smell of aquatic death filled the early morning air.  I pressed myself against a wall, slowly gliding along, observing. Staying out of their way. Only lifting my camera on intuition. After all, this was their most important time of the day. When they needed to present their seafood in a more desirable fashion than the very next table. Ready for customers.

I observed enough to study their rhythms and how they moved so I moved in sync with them when I needed to take a photograph without obstructing their views or interfering with their work. I did interact during downtimes, asked about their morning, their work. Then retreated back as the rush continued. 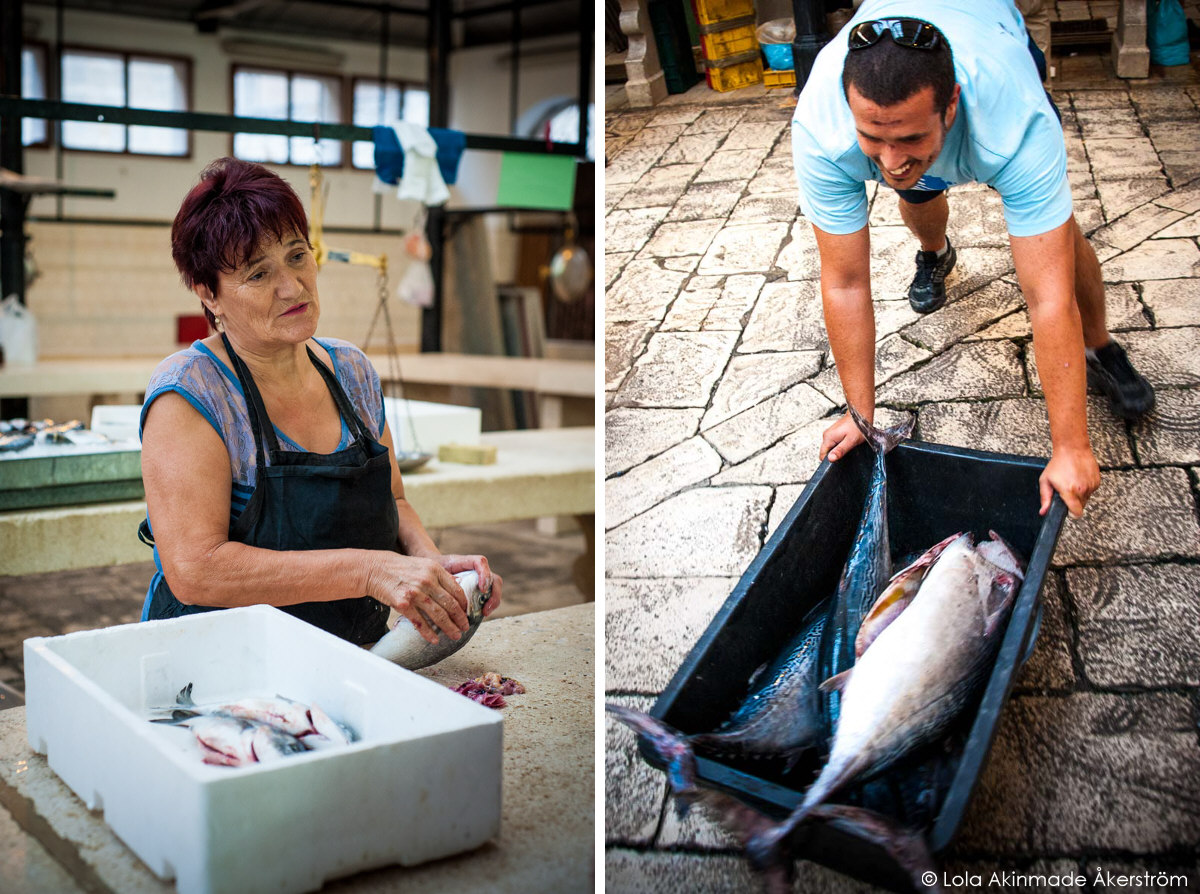 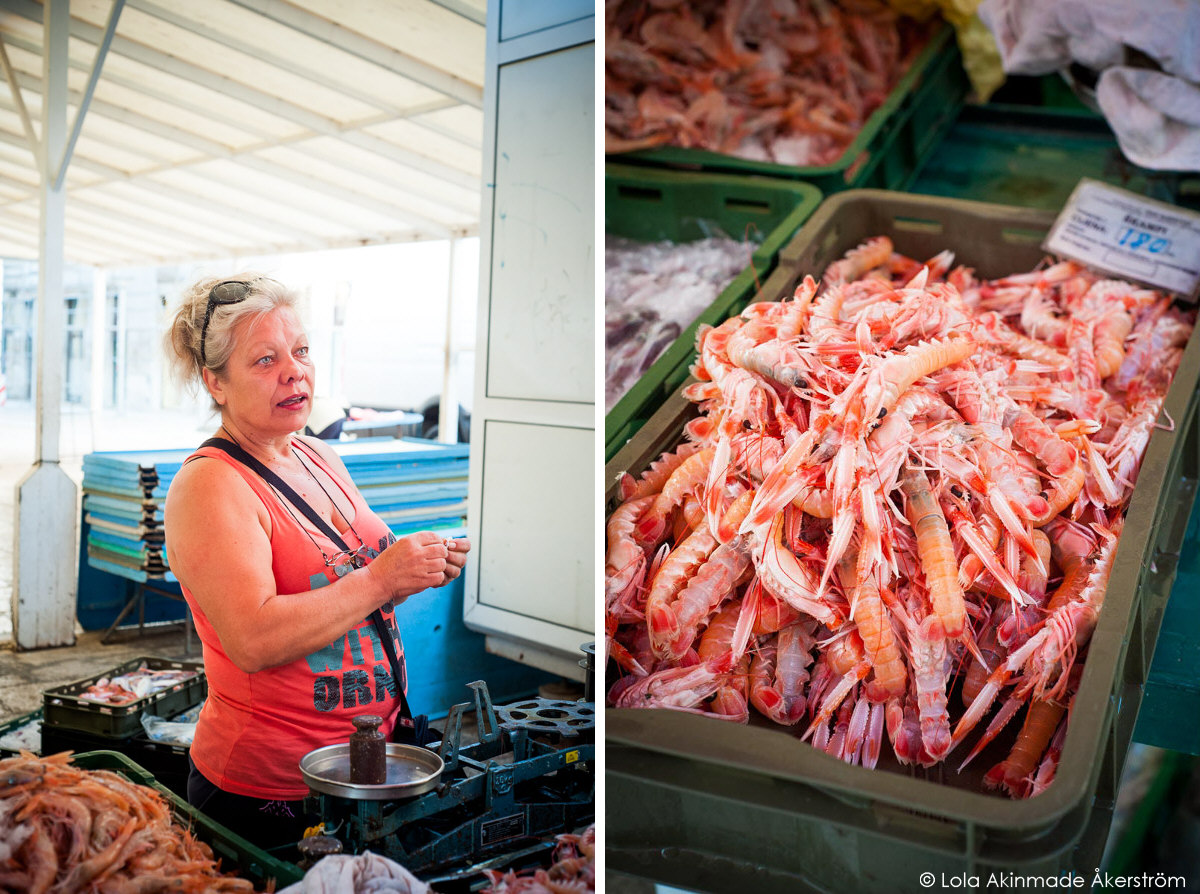 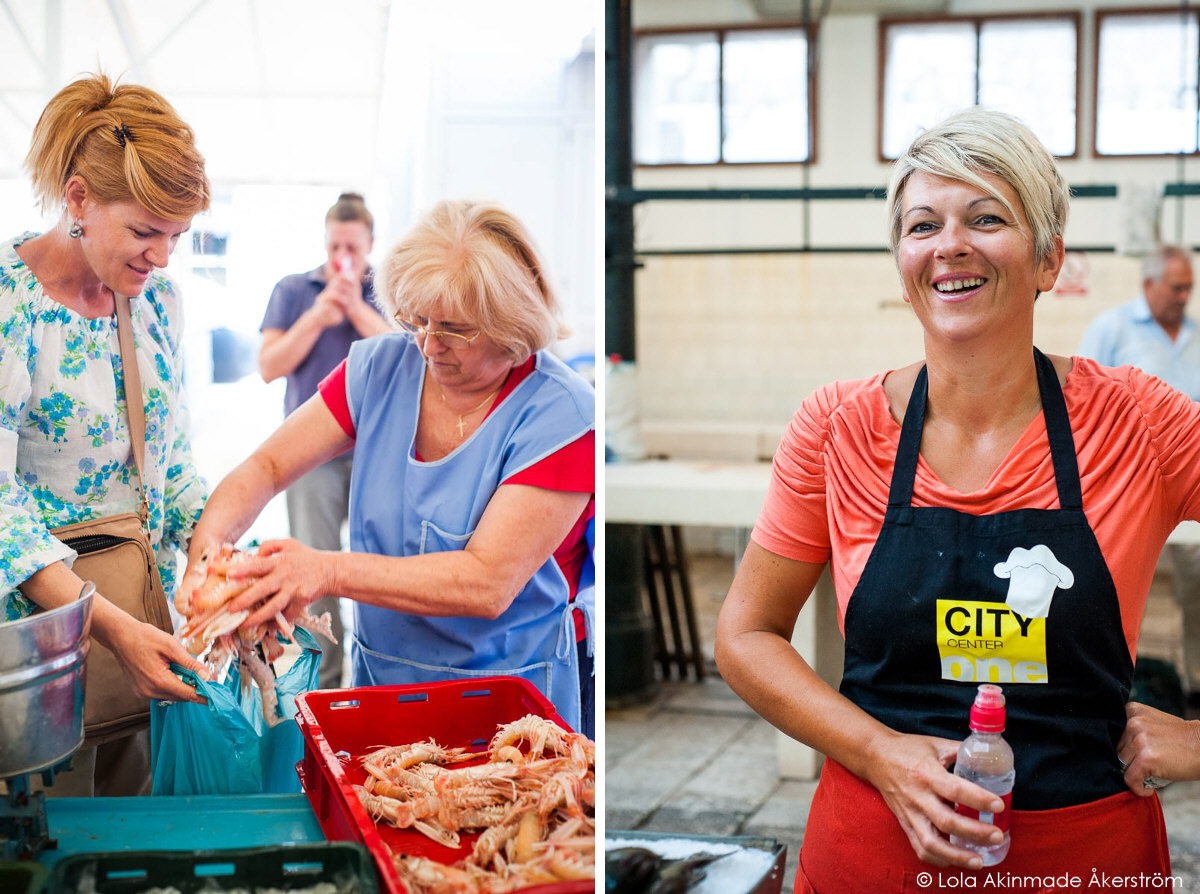 I’m an advocate for slow travel. Meaning, I’ve mentally stopped racing and don’t feel the need to race through places as quickly as I can. This also means if I have a few hours or days in a place, I usually focus on one activity or theme and deep-dive as best as I can into a culture through that activity.

One of the misconceptions a lot of people have around this concept is that you need to spend weeks or months in a place to really feel like you’re traveling slowly and deeply through a place. But that’s not necessarily the case. I personally have a young family and spending months away from them to slow travel through a region without an assignment means I’m not setting my personal priorities right.

Slow travel for me actually means reassessing the reasons why we travel and slowing down our pace to enrich our experiences. It’s about adopting a “less is more” ethos. So instead of hitting every major site and checking them off, I actually spend that time deep-diving into a specific aspect of a culture. 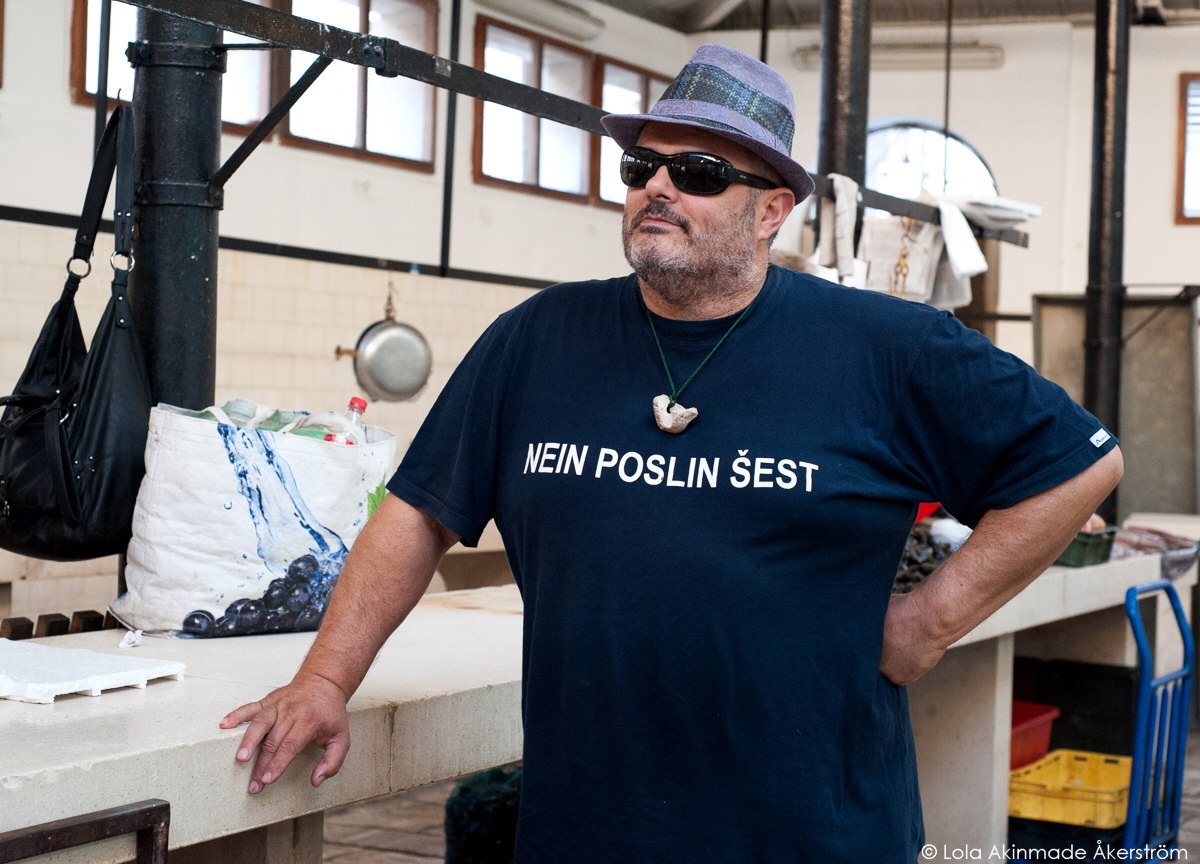 I was able to get the lifestyle shots I wanted before the Split fish market opened at 7am for residents and tourists alike. Once the market opened up, I saw other cameras coming, aimed upright before ever getting to the fish vendor’s table. Almost like drawing one’s weapon immediately. It instinctively and subconsciously puts up a wall between the subject and the photographer.

If only they’d come a few hours earlier to spend some time bonding and appreciating the work the vendors do. Acknowledgement goes a long way and letting people know you’re willing to wait alongside them before their work begins speaks volumes.

Even if you’re waiting in silence with no shared language.

You can check out one of my personal projects called The Fishmongers here.