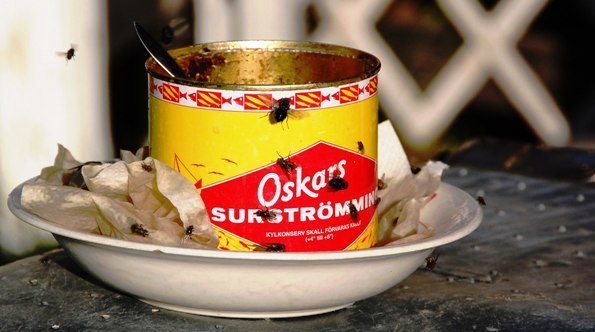 It was inevitable. Six pairs of eyes stared back at me in anticipation. My giddy laughter turned to whimpering of fear before a few tears fell as I bit into the foulest smelling dish I’d ever tried.

I introduce you to surstromming (surströmming in Swedish) which is fermented Baltic herring. Its smell is so pungently horrid even the flies circling around us were initially confused and disoriented.

What the….? They probably buzzed to each other.

Last weekend found us at the summer house way up north in Swedish Lapland. The setting was serene with classic red and white Scandinavian cabin houses dotting the landscape. Small, colorful rowboats are docked alongside wooden piers that run into the little bay just off the Gulf of Bothnia of the Baltic Sea. The sun hovers over the horizon, but never truly disappears.

Though your stereotypical summer getaway, it is still nothing short of idyllic.

Within minutes of opening the can, the overwhelming smell of rot had permeated the fresh evening summer air, rendering it toxic. I watched, mouth agape, as the liquid within the can bubbled slightly. 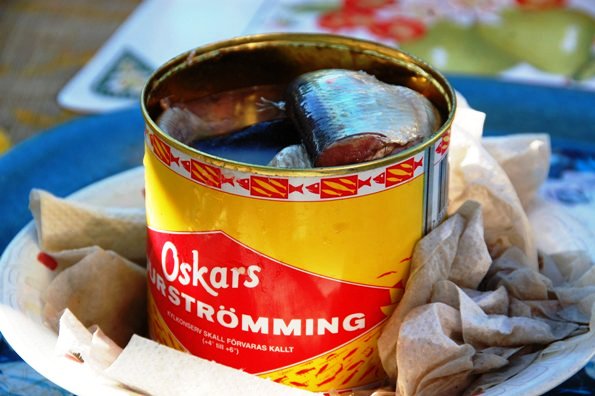 If maggots had surfaced, I would have passed out. 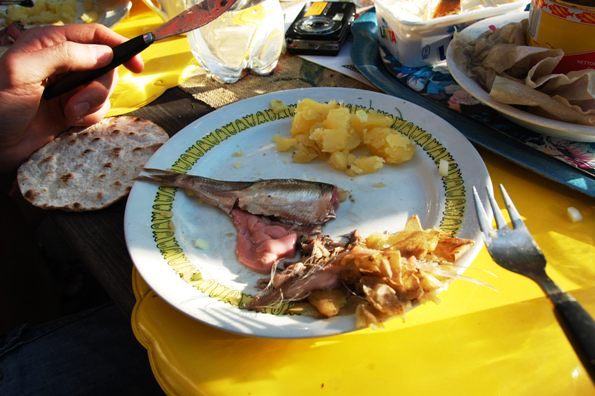 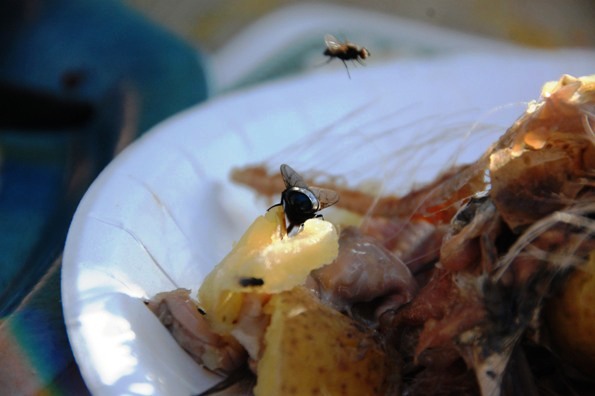 Pieces of surströmming are spread over buttered, crispy thin bread and then layered with slices of almond potatoes, chopped onions, and fresh dill sprigs. The taste of rotten herring isn’t so bad at first, but the smell disarms you each time you try to take a bite. 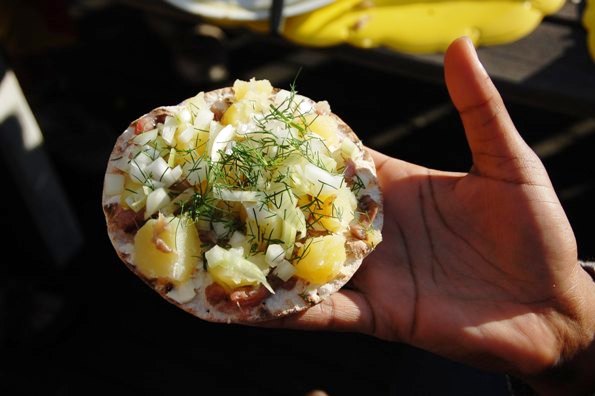 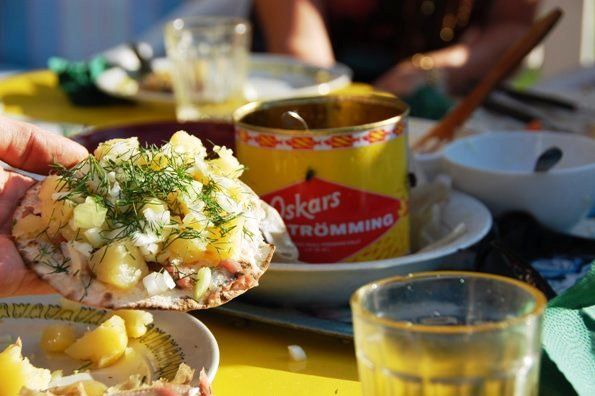 The verdict – It definitely does not taste like chicken. It doesn’t look like, taste like, or smell like anything you’ve ever tried before, and I probably won’t be suggesting a surströmming encore in the future. 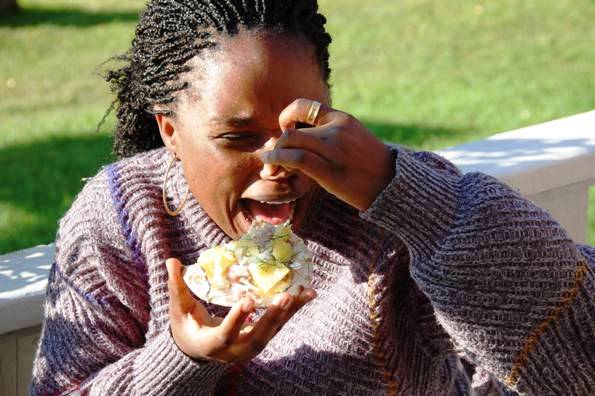 Unless of course invited once again to experience authentic Swedish culture.