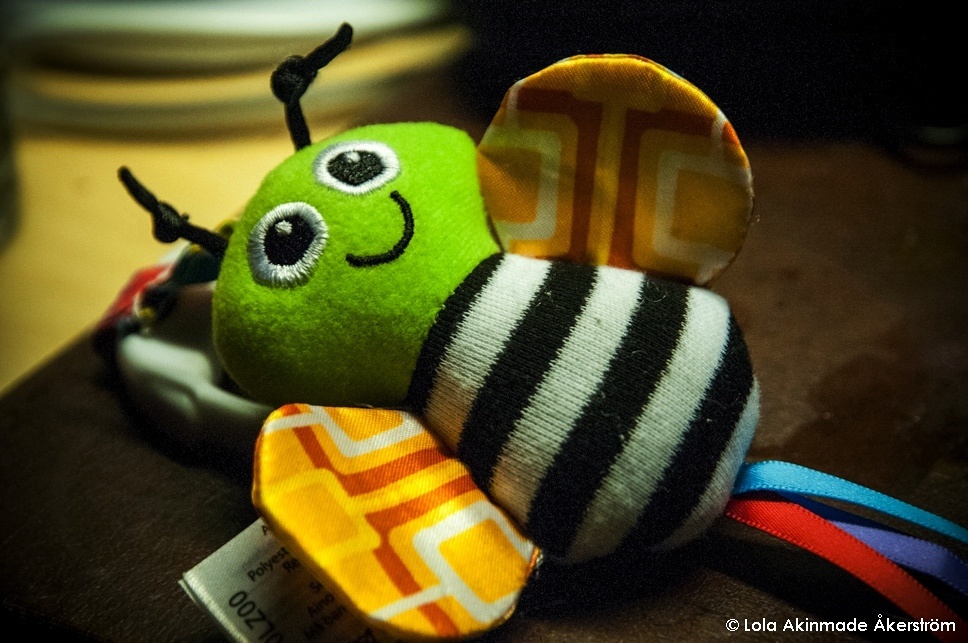 We took our first test flight with baby on Monday. Granted, it was just a little over an hour long but yes! she ended up being “that” screaming baby onboard. It was inevitable. We tried to hypnotize her to sleep (see picture above) before boarding our flight but it was futile. She drowned out the flight attendants as they demonstrated the plane’s safety procedures, and I prayed other passengers had remembered evacuation steps from previous flights.

I didn’t make eye contact with anyone. Totally focused on calming her down by being calm myself. I began to fully understand how those parents remain calm. You know, those parents who try without avail to calm babies down as other passengers silently hiss beneath their breaths. By not making eye contact. While a tad bit sorry for temporarily inconveniencing others, their children were and are their main priority.

Luckily, her screaming bouts were limited to a handful of five minute shrills. Albeit shrieks that could bring down a grown man.

Anyways, here are the four items I’m so glad I brought onboard that limited her crying. I’m not including diapers because that’s a given, lest you want your child to stink up the whole plane for hours.

I read online that having something in baby’s mouth during take-off and landing helps prevent or at least minimize that uncomfortable ear pressure change so I definitely had it in her mouth. Only applicable if your child actually likes pacifiers.

A toy that will hypnotize her for hours. Again, see picture above. Heck, that toy often hypnotizes me at times. By attaching it to the pulldown tray’s hook, she could use it as her personal punching bag.

One for short flights. At least two for longer flights because there will be dribbling and you need something to catch the occasional curd-like spit-ups. She’s only four months after all.

In my case, a bottle of pumped milk because it was virtually impossible to whip out and feed her due to tight seating. All I can say is “Thank God for the bottle!”

Anyways, heading back to Stockholm soon and then turning around to go to England and Scotland within a few days. Oh fun!

For those of you who travel with infants (0-12 months), what do you often bring onboard?