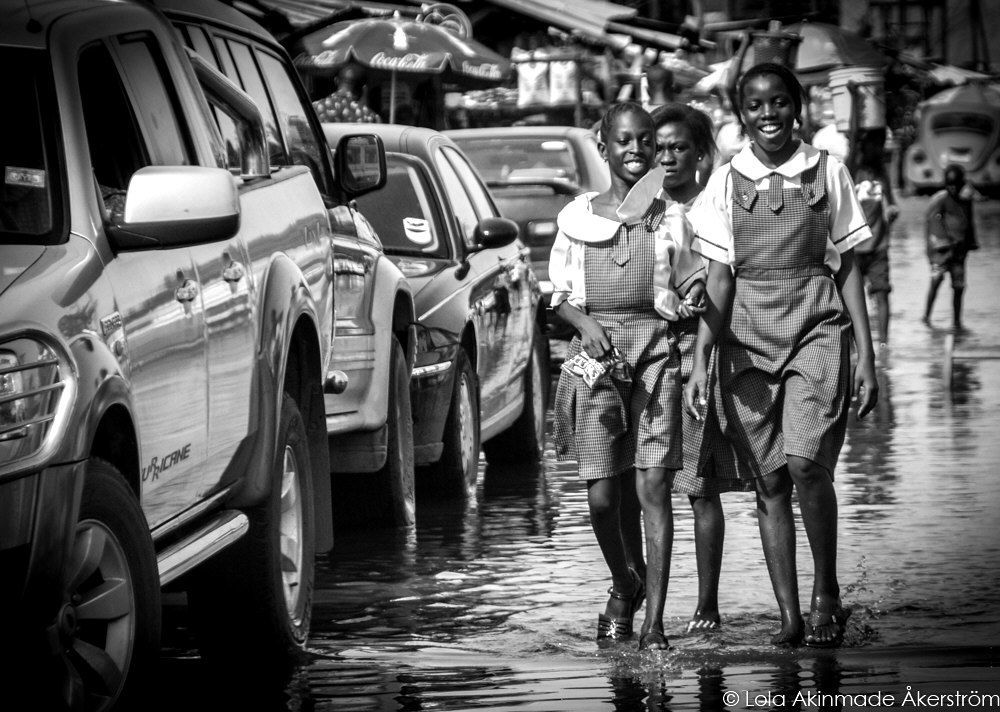 I was afraid of Madam Koi Koi. Afraid that she’d peek under my mosquito net as well and look at my face in the dead of night. That I’d feel her warm supernatural breath on my face and feel her proximity but would never see her or anything hovering over me. That I’d feel that draft of cool air rushing in once my net was lifted.

So I slept facing the wall. Always. Away from that mosquito net opening. Praying under my breath. I didn’t want this spirit looking at my face. No, I didn’t kill your daughter, I’d mutter under my breath.

Then she’d leave my net and I’d hear that familiar tapping as she walked over to the next bunk bed to lift other nets and stare at other faces.

She was this mythical creature. A grieving spirit, they say, whose daughter was once killed at a boarding school. Never getting over her grief, she vowed to find her daughter’s killer even after her death. So she moves through boarding schools – her spirit that is – wearing heels, walking down corridors, searching every single room, and looking under mosquito nets at faces.

Her story spread through boarding schools all across Nigeria. She always seemed to appear whenever it rained so the taps of her high heels were hard to distinguish from the taps of the large rain drops of the tropics.

I would only realize this years later as an adult.

And then there were the bush babies. You know those furry monkey-like mammals with large yellow eyes the size of golf balls? Yeah well, these mysterious bush babies were a cross between humans and those mammals. These were about three feet tall, walked upright, had human arms, came to your window at night, stared in with those large yellow eyes, and cried at the top of their lungs like human babies.

And we were scared. Even though we never really saw one of these bush babies in person, we heard those animal cries. We just didn’t know what animals cried like that so across all boarding schools, stories of this mystical crying creature spread as well.

That was what we were afraid of during my teenage years in a boarding school in Nigeria.

We were afraid of stories of grieving spirits, students with 360 degree spinning heads, wandering spirits, and bush babies crying like real human beings at our windows.

We were never afraid that a group of strange men would ever storm in and drag us out of our beds. Even though the boarding school I attended also had a boy’s dormitory and was mixed, we never feared the boys or feared that they’d ever attack us in any way besides coming to our windows at night and crying like bush babies to scare us.

By now, you’ve already heard of the atrocity that happened in Nigeria over three weeks ago. 274 teenage girls were abducted by terrorists from their boarding school late at night and dragged into the forest. Fifty of them were able to escape and run for their lives. The Nigerian government was slow to react, quick to lay blame, provided false information about their release, and is now currently scrambling for international help. Rumors of the girls already being sold as sex slaves are reaching the media as well as rumors of some deaths under suspicious circumstances.

In 2014, this is unacceptable. Even if you don’t have children, most people with beating hearts can’t even begin to imagine what these young girls must be going through. The physical and sexual abuse, the break from their families and the worlds they knew. The chance to ever accomplish some of their dreams…if we never find them.

Never would I have imagined being snatched from my bed by unknown men, men who I’d have thought were sent to protect us, security guards and military personnel, and dragged off into dense impenetrable forests between the borders of Nigeria and Cameroon.

Please follow the hashtag #BringBackOurGirls across all social media outlets to stay on top of what’s happening with this heartbreaking story. Please sign the Change petition to #BringBackOurGirls. Keep raising awareness about this.