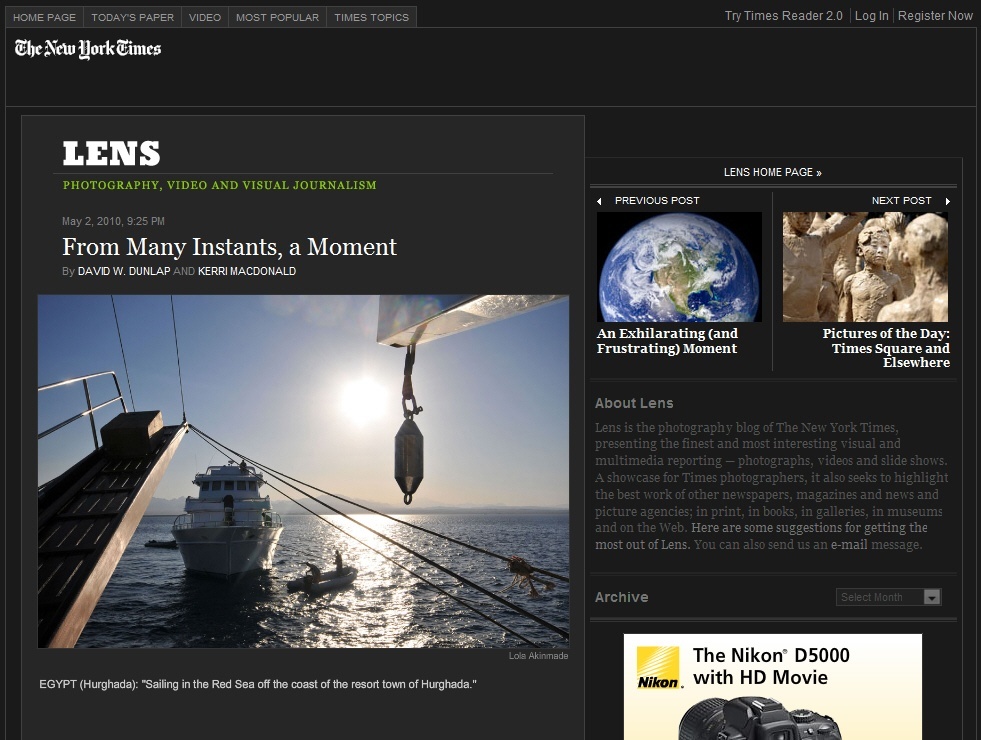 I’ve been wanting to put together this post for a long time. Freelancing as a writer or photographer is a tough job that requires persistence, resilience, thick skin, and above all, passion for what you’re doing. This post may also validate the reasons why many writers and photographers focus on growing and building their own blogs as their own outlets and main source of revenue.

There is no right or wrong way, but rather various paths to various goals that keep each of us fulfilled.

I didn’t really start tracking my pitches until very late in 2008 and over the last four years, keeping records has been invaluable in helping me learn and grow as a freelancer. Based on this experience, I presented the following A to Z Guide to Pitching Outlets powerpoint which you can view here. 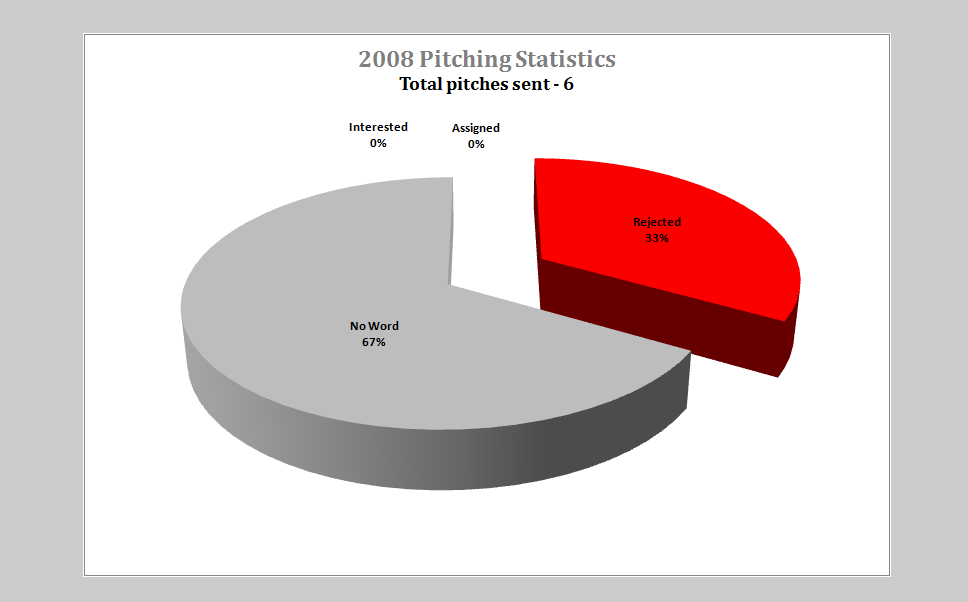 While I did publish a few articles in 2008, I didn’t start keeping any records until December 2008 and all those pitches (6 in total) sent in December were complete busts. 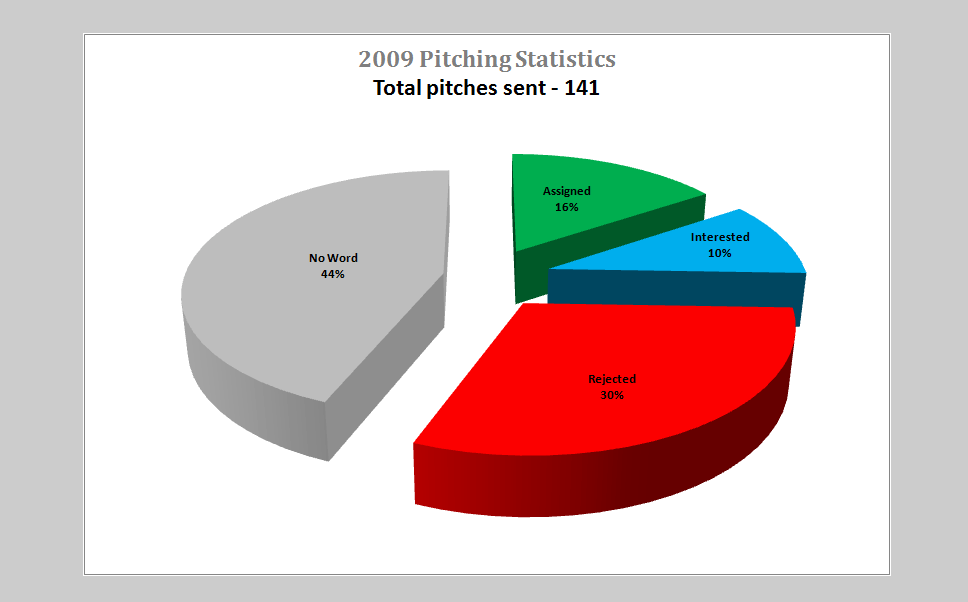 In 2009, I actively decided to be more proactive in sending out queries to publications I really wanted to be published in. While the total number of pitches (141) seems outrageous, most of them were re-pitching the same idea almost verbatim to another publication if I got a rejection from one outlet or didn’t hear from an editor for weeks. Also, if I pitched a single photo, that also counted as a valid query.

Of all the queries sent, only 16% were assigned and editors expressed interest in 10% of the ideas. Most of the queries were either rejected, totally ignored, or lost in transition to invalid email addresses and what not. So my goal for 2010 was to study what I did wrong in 2009 and obviously reduce the number of rejections. 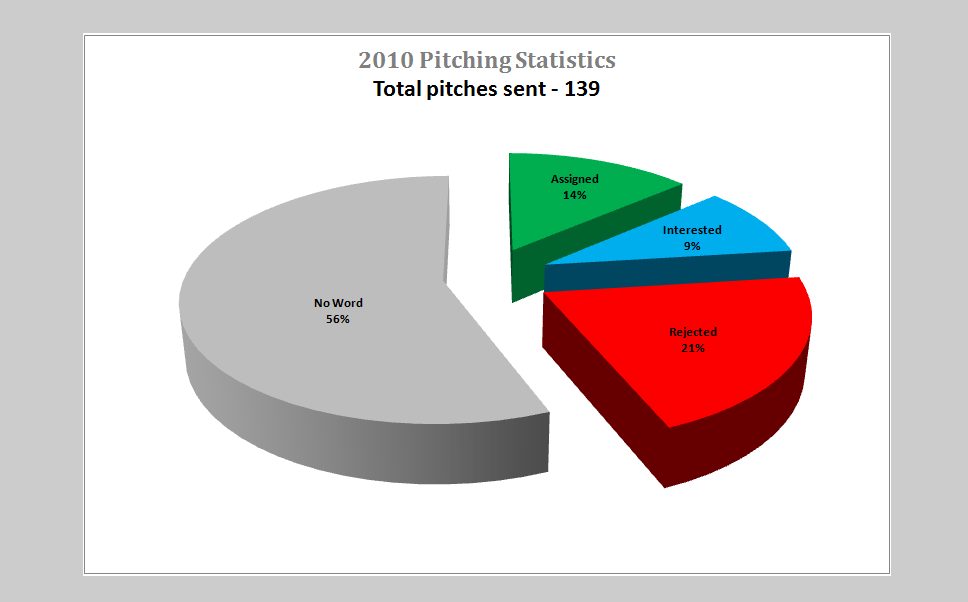 While the assignments and interests stayed relatively similar, I focused on reducing my number of rejections which I eventually did. I found that by focusing and targeting my pitches around timely events and more news-worthy items, I usually got some interest from the editor which sometimes led to an assignment.

My goal for 2011 based on lessons from 2010 was to (A) send way fewer pitches instead of just throwing things out there, (B) nurture existing relationships and outlets, and (C) work on solid, concise, and targeted pitches with a higher percentage of acceptance. 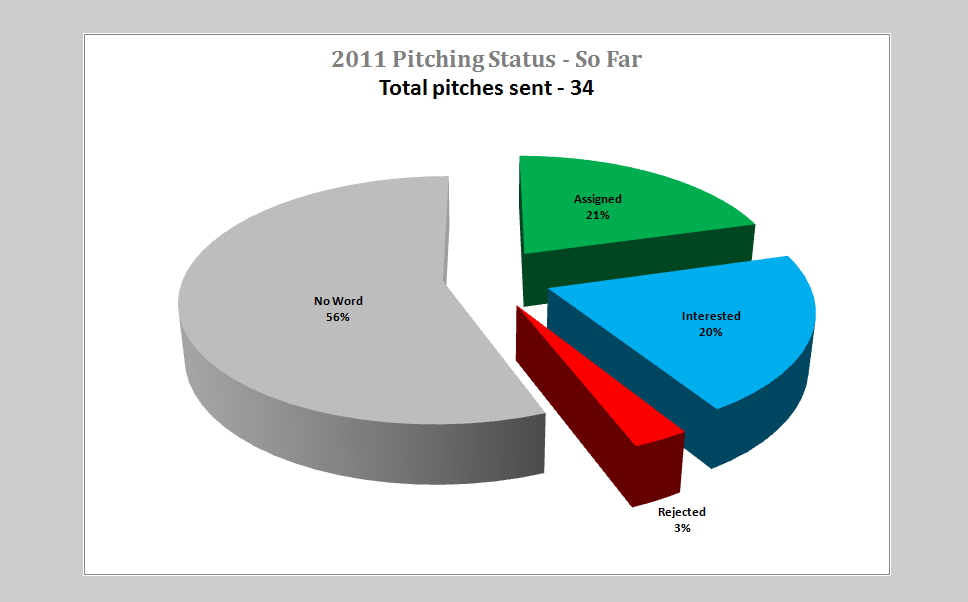 So far, I’ve sent out only 34 pitches this year. Close to half of them (41%) were either assigned or an editor expressed some interest in. Only 3% have been rejected, and 56% are still in that nebulous “no word”, “need to follow up maybe”, “lost in transition” phase.

All in all, it’s still an ongoing process of learning what works, what doesn’t, and how to keep with the flow.

On the writing front, I’ve got upcoming pieces in AFAR, National Geographic Traveller (UK), TravelandLeisure.com, Ryanair Magazine, Heart & Soul, and Sweden.se. On the photography front, I’ll be publishing a double-page Big Picture spread in a major magazine which I’m super stoked about. Will share once the contract has been signed.