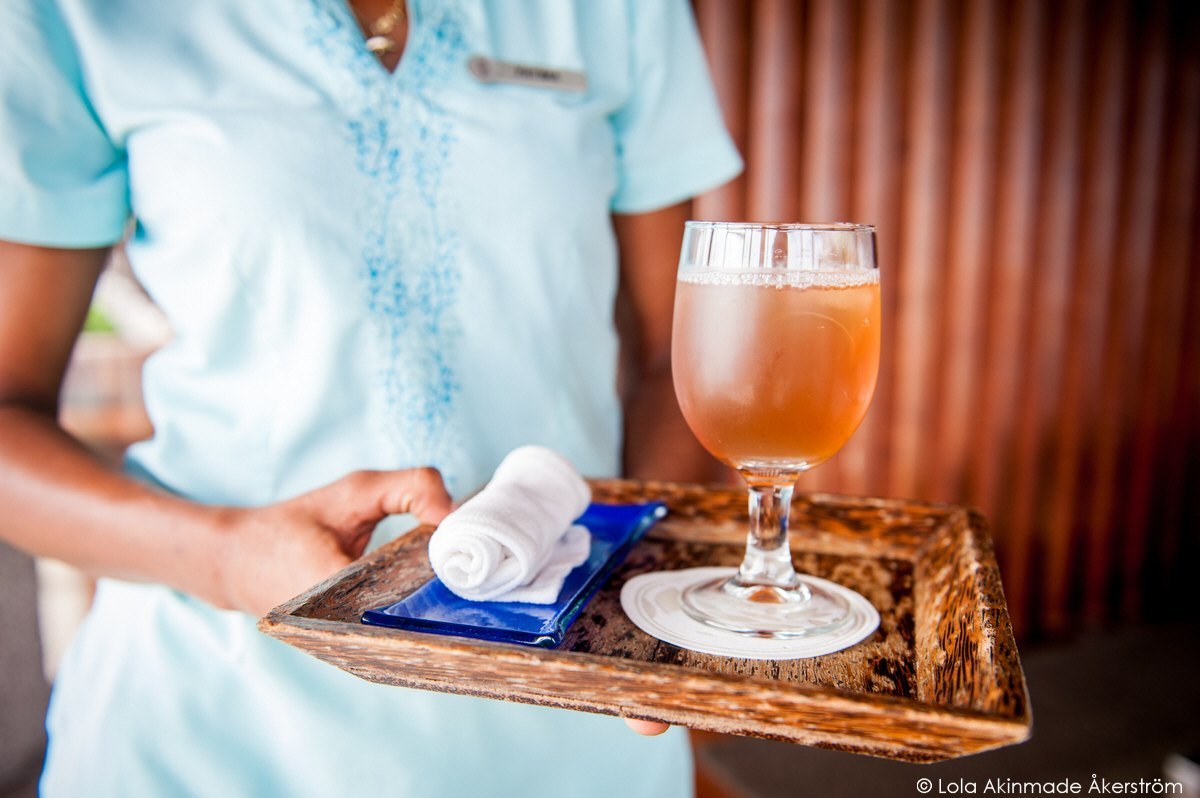 Since 2008, I’ve kept detailed notes on which publications I’ve been pitching to and their responses. This exercise has not only helped me grow as a freelancer by opening my eyes to what primarily works, but has provided a way of being transparent from my end in terms of how life truly works as a freelancer, and as a reality check for those looking to follow a similar path.
You can see previous charts from 2013, 2012, 2011, and 2008 to 2010.

2014 was my massive year of cleaning house metaphorically. Meaning, it was a year of reassessing work relationships, of purging and coming to terms with dead-ends, of identifying what type of travel articles I shouldn’t be writing, of pitching much less, and of fully simplifying my work life down to three (3) manageable tasks a day to dramatically improve productivity. Will share more on that in a separate post because I believe it has helped me drastically create a reasonable work-life balance that actually includes decent amounts of sleep each day.

2014 was also the year I worked with a lot more commercial clients such as Electrolux, Absolut Vodka, Four Seasons, and MOVE Guides. I still worked on a lot of print and online editorial assignments which I updated on my publications list even though I didn’t always peep them across social media every single time. I gave a lot of interviews including a huge one on the amazing Chris Guillebeau’s site – the mastermind behind The Art of Nonconformity.

I also launched fun projects like a Snapshot Series which spotlights fellow travel photographers of color, started building up the Photo Tips section of my site to help you improve your photo composition, continued to grow Slow Travel Stockholm, as well as continued loading thousands of photos into my Image Bank and National Geographic Creative (massive ongoing tasks).

So here’s how 2014 shook out. Each query status has been categorized using the following legend: 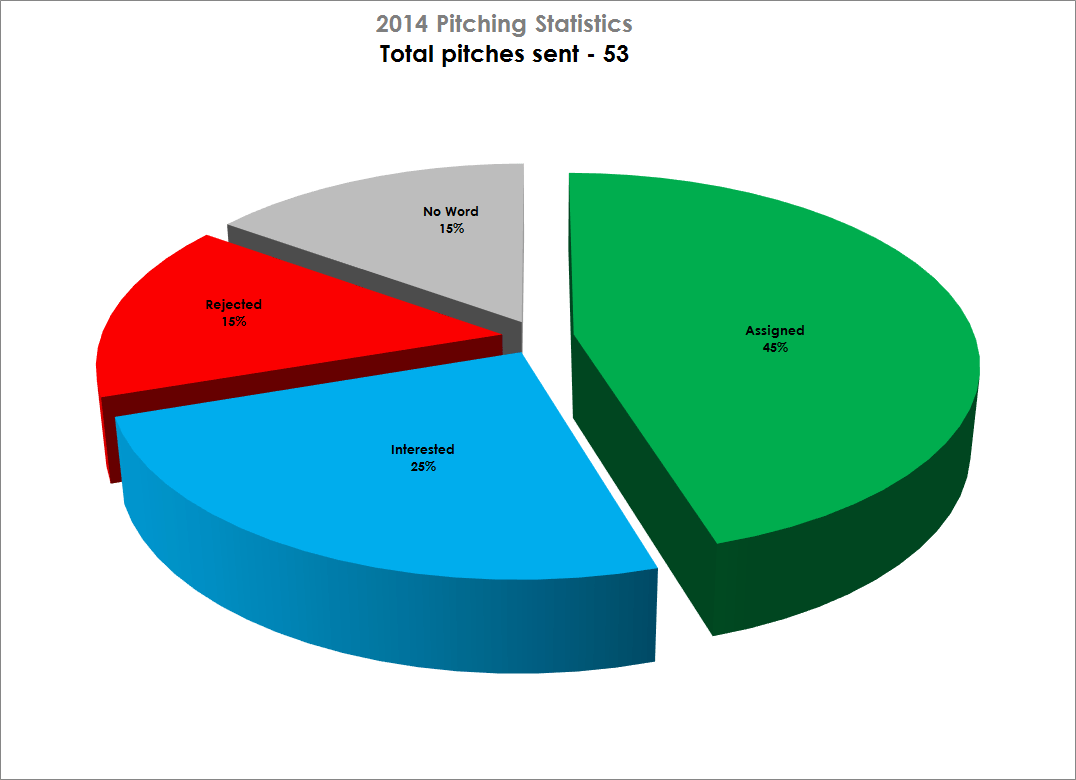 I sent out a total of 53 pitches. Of the 53 pitches sent, 24 were assigned, 13 are currently being reviewed by editors/in various stages of limbo, 8 were rejected, and 8 are still floating around in the “No Word” zone and have yet to be acknowledged.

Doing a side by side comparison of 2013 and 2014 isn’t really an apples-to-apples comparison because I sent 53 pitches in 2014 as opposed to 87 in 2013 but still, I wanted to see what the relative numbers looked like next to each other.

Quick Update – I’m now comparing the percentages instead so it’s a one-to-one match. I’ve updated the chart below to reflect this. 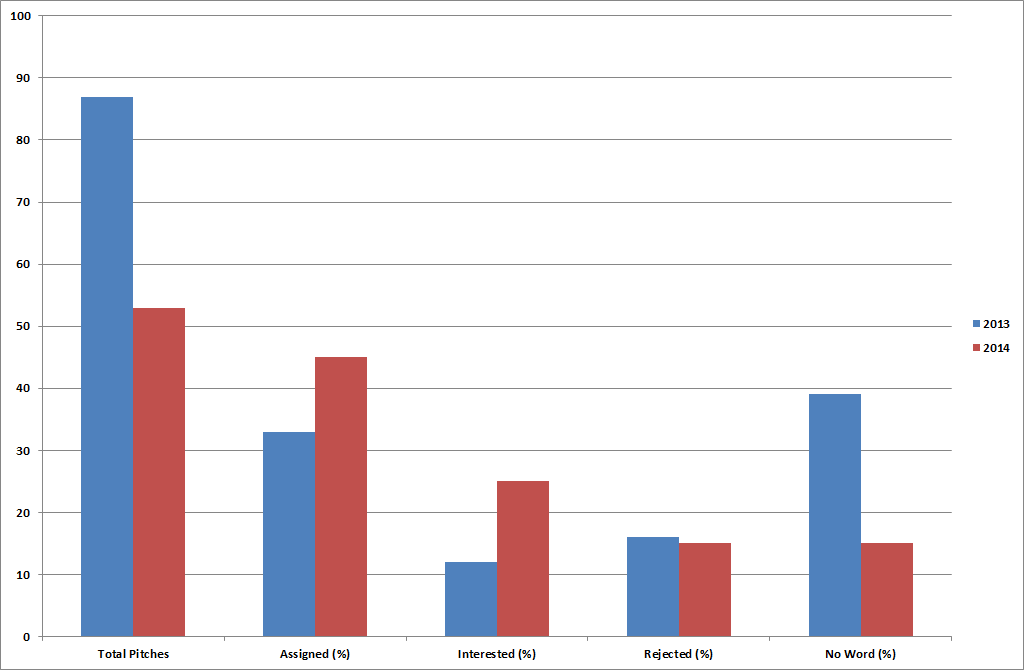 2014 was a clear example of why having a niche will always bring work to your doorstep over time. I reviewed a lot of the notes I added next to each pitch I was tracking and here’s a snapshot of them:

Most of the assignments I got were from editors reaching out directly to me to cover something about Stockholm, Sweden or Scandinavia for their publications. That didn’t mean I didn’t write about a variety of other places like Mauritius, Seychelles, and Portugal for other publications.

Having a niche doesn’t pigeonhole you. On the contrary, it brings in a steady supply of work through the backdoor while you can focus on other destinations for target clients.

So editors, if you’re reading this…. I will happily cover all aspects of Sweden and the Nordics for you if you have them in your 2015 editorial pipeline!

In terms of rejections and no words, those also reduced significantly because when I was reviewing my 2013 statistics, I realized I’d become lazy in terms of doing proper research before pitching and those were reflected in the notes. It looks like I’m back on track because my “No Word” pile reduced from 34 to 8 this year and rejection reduced from 14 to 8.

Rejections – What has been challenging was befriending new editors who had stepped into positions my regular editors left. They’re not familiar with my work, haven’t worked with me in the past or aren’t as open to new writers and only bring their own well of writers with them. So getting rejections from places I’d regularly contributed to in the past was a bit surprising and needs to be improved in 2015.

No Word – As a freelancer, I will forever be battling these. The goal is to just reduce them down to a blip on my statistics like I did from 34 last year to eight (8) this year.

All in all, 2014 was a comfortable work year but the two things that didn’t pan out which brought out a momentary pout were:

Despite these, it was still a solid year and I couldn’t be more grateful.

“Once you find yourself tip-toeing as an artist, then you know you’re in the wrong place”…Bono

That will be my subconscious mantra as I go into work opportunities in the New Year. I’m excited about 2015 and looking forward to building something as opposed to only jumping from assignment to assignment. I will be actively pitching but more strategically and will also evaluate the time-cost benefit of doing assignments as well. Big name bylines are great but don’t always have to drive or steer who I pitch to and why.

I will focus on deepening relationships, seeking out spaces where I can grow and share my own true voice, and looking for untold stories to tell as personal projects.

2015 will also be a year of mastery. Meaning, continual education, a lot more reading and learning to improve my craft and skills.

For fellow freelancers out there, how did 2014 go for you? Did you hit some of your personal goals?