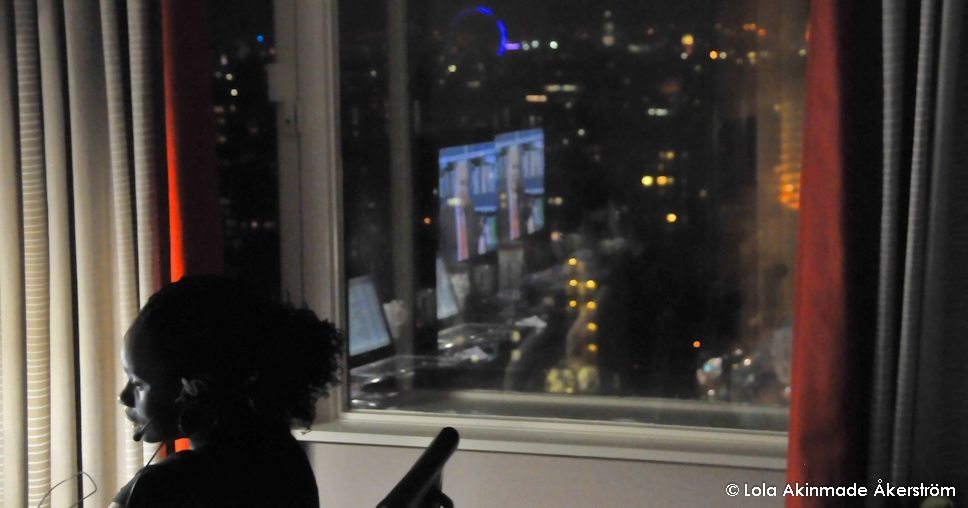 In early August, I created a post that shed some light on how it really was to be a freelancer (writer, photographer, editor, photojournalist, AND blogger) in this increasingly competitive work climate. That post included my pitching statistics from 2008 to mid-2011. And the results were (1) reaffirming for some, (2) eye-opening for others, and (3) quite scary for those considering the same route.

With 2011 now drawing to a close, I’ve published my updated stats for the year and hope to do this annually.

Before I break down 2011, I’d like to add that over the last few weeks, I’ve followed some intense debates about “old” versus “new” media that frankly have been beaten to death and I’d rather not drag it over to my blog for the sake of traffic spikes. As someone who works in various mediums (print, online, personal blogs, whatever), my pitches below were sent to a wide variety of outlets, and I feel blessed to able to choose which work hat to wear on certain days.

No Word – These are queries that I haven’t received any responses for to date. To also add some context, these were pitches sent to the likes of BBC, Wall Street Journal, Smithsonian, etc. 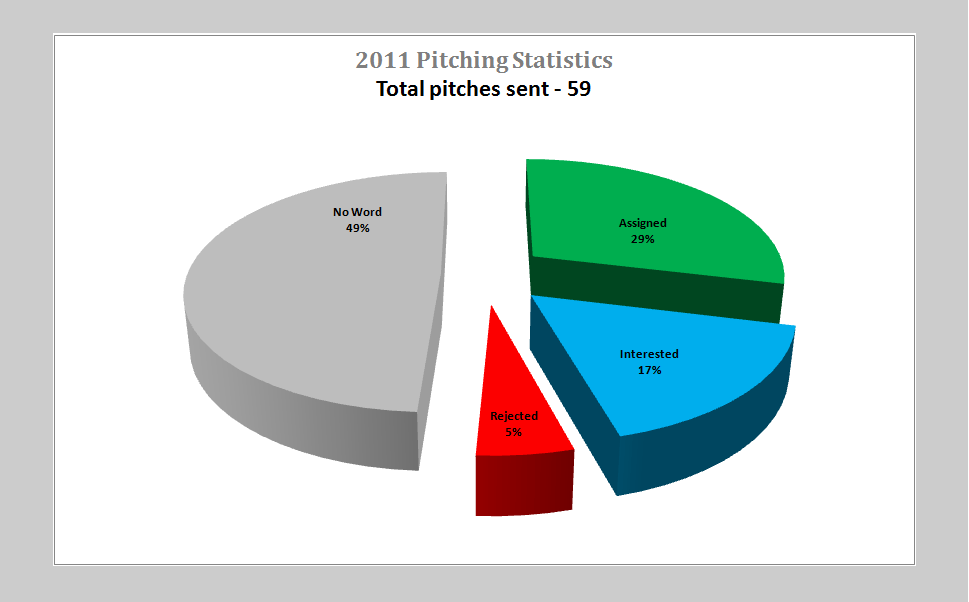 I sent out a total of 59 pitches (four within the last week or so, hence the “No Word” on those quite yet). Of the 59 pitches sent, 17 were assigned, 10 are currently being reviewed by editors/in various stages of limbo, only three (3) were rejected, and 29 are still floating around in the nebulous “No Word” zone.

This meant that 2011 was one of my busiest years as a freelancer; for which I’m extremely grateful for. It started with a pretty cool gig at Sweden.se where I not only work as a photoblogger, but also write several articles related to Swedish culture, society, and lifestyle. For this gal from Nigeria who gets to fully peel back the layers of a totally different culture, this has been a major blessing, and I’m happy to report I will continue on as photoblogger/writer with them in 2012.

This also meant breaking into several big publications as well as receiving random out-of-the-blue emails from editors assigning me work.

The 29 “No Word” pitches which account for 49% of the pie worries me a bit, and I’d like to give editors the benefit of doubt. I once emailed an editor this year that they’d published an article (written by someone else) with one of my ideas. The editor was extremely courteous about it and explained that they get so many pitches that sometimes it’s difficult to respond to everyone. Luck of draw type of deal where someone can pitch the same idea the following week, and the editor could easily go with them instead of you.

I understand this. I’m usually digging out of hundreds of personal emails each week, talk less of what an editor has to endure.

Some of those “No Words” were bouncebacks from editors who had recently left the publication with no forwarding email addresses. And finding an alternate editor at the same publication (beyond the generic editorial@xyz.com) has been difficult.

That said, those are 29 pitches that could be shopped around to different publications and outlets so I’d rather have a quick “Not interested” email instead of letting that pitch sleep forever in someone’s inbox.

Overall, I’m super grateful for 2011 and even more excited about what 2012 has in store work-wise, and I’m stoked to be doing what I love. In the next day or so, I’ll be publishing a travel update post about how 2011 went as a traveler.

For those fellow freelancers out there, how did 2011 go for you? Did you hit some of your personal goals?

For those interested, here’s some latest news, publications, and such from the last two months or so:

Sweden.se – 11 things to watch out for on Nobel Day.
Heart & Soul – The Power of Peppers.
The Daily Meal – America’s Weirdest Cupcakes.
The Local – 5 signs of the holiday spirit in Sweden.
Matador Network – Numerous pieces include Dogsledding in Swedish Lapland (photo essay).

Super stoked to have contributed to Matador’s latest project – No Foreign Lands – a sweet photography book with 100 of the most poignant and inspirational travel quotes out there. Please pick up a copy stat!.

Shortlisted in the “Spirit of Adventure” category of the Travel Photographer of the Year (TPOTY) Awards. Picked up a few other nods here.