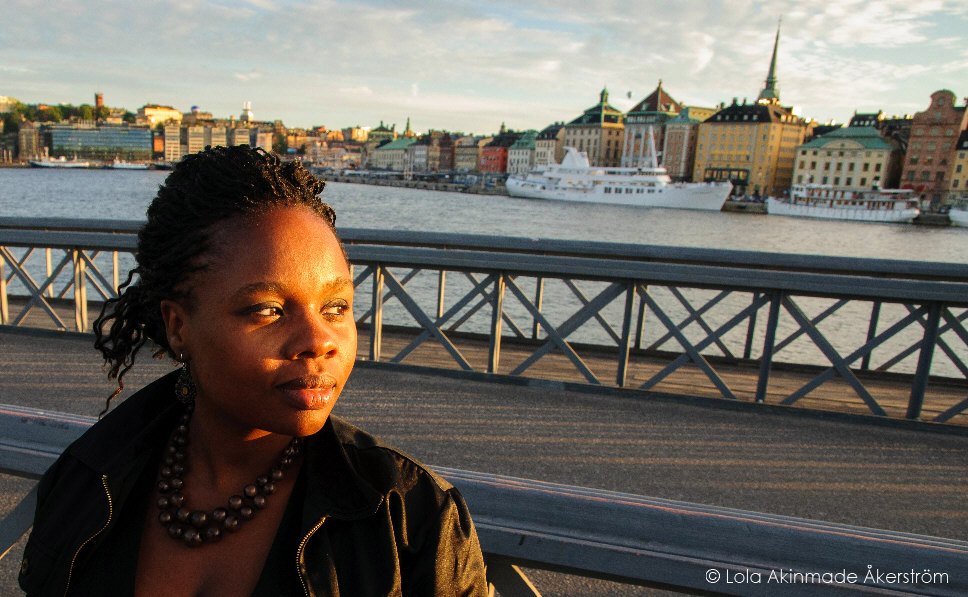 Since 2008, I’ve kept detailed notes on which publications I’ve been pitching to and their responses. This exercise has not only helped me grow as a freelancer by opening my eyes to what primarily works, but has provided a way of being transparent from my end in terms of how life truly is as a freelancer, and as a reality check for those looking to follow a similar path.

2012 was an odd year in that I actively stopped pitching after August to focus on a handful of larger projects. I did send the occasional pitch or two to some editors I’d worked with in the past if I knew the story was relevant and timely. Also had a lot more publications reach out directly to me for Stockholm and Sweden-based articles because I’m based here and cover Scandinavia.

Each query status has been categorized using the following legend: Assigned, Interested, Rejected, and No Word.

No Word – These are queries that I haven’t received any responses for to date. To also add some context, these were pitches sent to the likes of Slate, AFAR, Oprah’s O Magazine, etc. 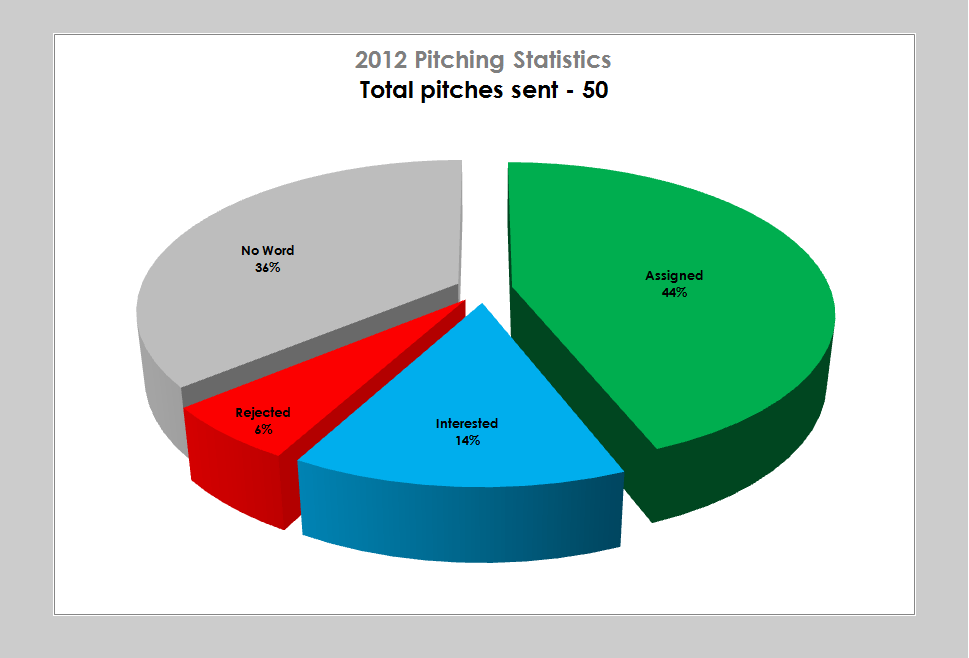 I sent out a total of 50 pitches (four in December 2012, hence the “No Word” on those quite yet). Of the 50 pitches sent, 22 were assigned, 7 are currently being reviewed by editors/in various stages of limbo, three (3) were rejected, and 18 are still floating around in the nebulous “No Word” zone.

In addition to receiving out-of-the-blue emails from editors assigning work (which I love!), it looks like that pile of “No Word” is slowly dwindling from 49% to 36% and slowly moving over to the “Assigned” pile which went from 29% to 44%.

This meant 2012 was my best year to date as a freelancer even though I sent out less pitches mostly because they were extremely targeted. No more fluffy, generalized pitches. They covered specific regions down to neighborhood levels, and they focused on tight angles. So not just food but a type of food like seafood. And so forth.

This also meant repeat work from existing editors I love working with which goes back to my 2012 focus word – Nurture.

I’m still having issues with that 36% of pitches which seem to have vanished into oblivion. While I fully understand editors are extremely busy (I used to be one and I’m about to be one again), those are pitches that could have been re-routed to other publications.

I’d rather get a “Thanks, but no thanks” than nothing.

So I’ll be reviewing those pitches for clues as to what can be improved. In an effort to work smarter not harder, I’ll also be doing some professional spring cleaning to make sure energy isn’t being wasted down the wrong pipelines.

For fellow freelancers out there, how did 2012 go for you? Did you hit some of your personal goals?

For those interested, here’s some latest news, publications, and such:

TV: “Through the Lens” South Africa vignette will air in February on National Geographic Channel. I’ve seen glimpses and I’m both excited and terrified.