Occasionally, I’ll be sharing excerpts from my book DUE NORTH which is a collection of travel observations, reflections, and snapshots spanning two decades across colors, cultures, and continents.

It’s been 10 years since I hiked the Inca Trail and it’s been so interesting to see not only my own transformation as a traveler, but that of the industry’s as well, especially with us black travelers being visible now more than ever.

2008 was also the year I started looking seriously at my photography as a medium of expression. These photos were shot with my very first old model Nikon D40 DSLR Camera.

My way of processing the world has definitely evolved and matured since then, but the lessons I learned on the Inca Trail remain the very same today.

From Manicures to Machu Picchu 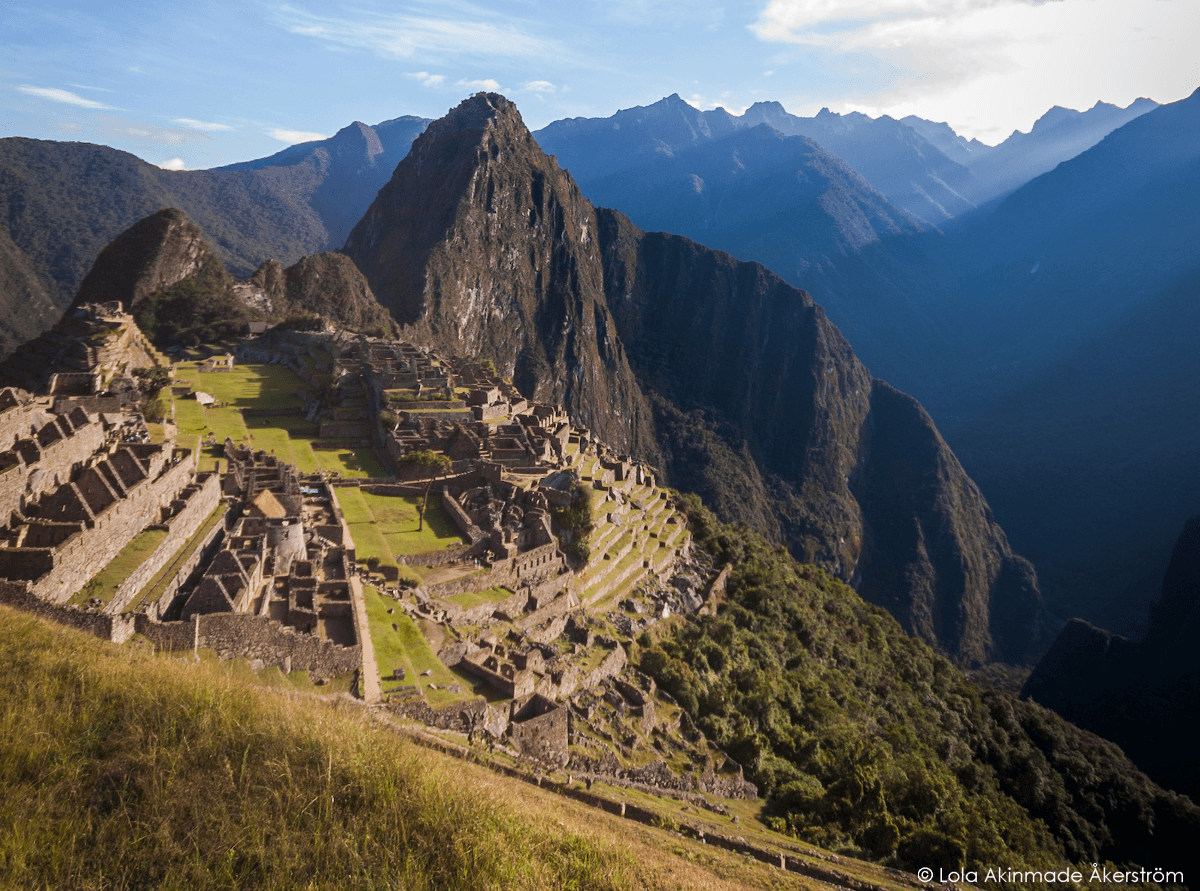 My friends and I lay sprawled along the rocky narrow trail, utterly exhausted.

With daypacks as pillows and sunhats half-covering our eyes, we had completely succumbed to fatigue. Our legs were failing us, muscles tensed from such unfamiliar, grueling exercise. My chest kept expanding wildly, trying to swallow as much of the thin air as it could. I’d done everything I was told to do, from drinking coca tea to chewing the plant’s leaves to help with the high altitude. But even time-tested remedies wane as one’s psyche takes over. Forging on was impossible at this point. I had mentally collapsed.

“Señoritas?” the voice started out low, gradually increasing in pitch as I stirred from my semi-conscious state. With wide grins, some toothless, a few Quechua porters stared down at us with a mixture of amusement and pity.

“Lo siento!” I managed an apology before rolling onto my side, making a wider space for them to pass on our narrow path. That didn’t suffice. They wanted us to to keep pushing on. We were carrying light daypacks, sporting the latest hiking boots, and wearing the coolest outdoor apparel. These pros were lugging an average of 60 pounds (27kg) of camping gear, climbing in rubber sandals made from old car tires.

We struggled to our feet, ashamed that we’d been ready to give up barely halfway through the trek. Day two on the Inca Trail found us stumbling 11 miles (17km) towards its highest point, Warmihuañusca — also known as “Dead Woman’s Pass” — at 13,800ft (4,215m) above sea level.

With renewed vigor, we charged on.

No stranger to adventurous trips, I’d planned this renowned hike for months. My travels had already taken me from the remote dense jungles of Fiji and the Running of the Bulls in Pamplona to Jukkasjärvi way past the Arctic Circle in Swedish Lapland. This adventure was different. In addition to demanding physical endurance, it danced a mental tango with me, requiring that I reach deeper into my soul for strength. 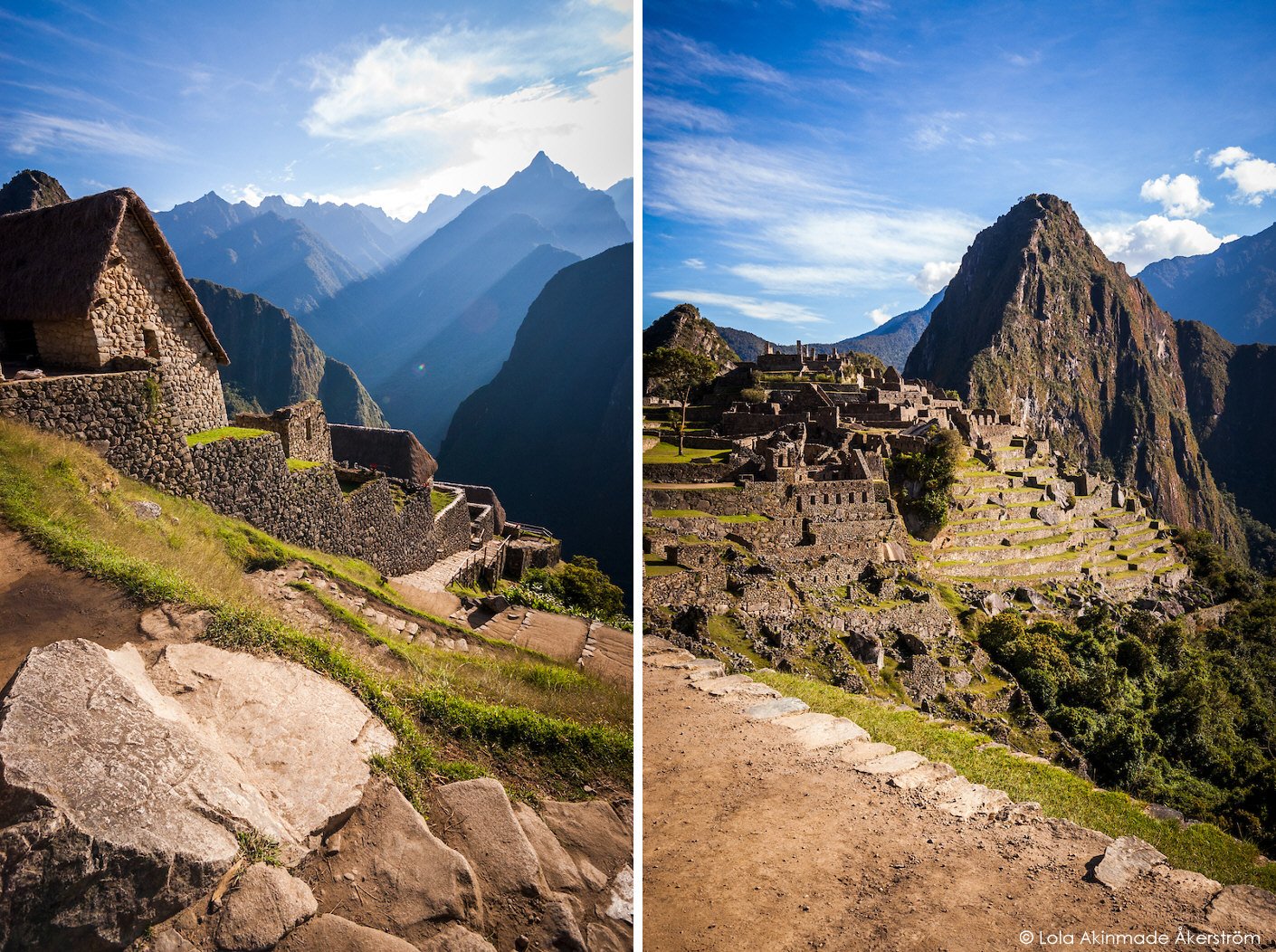 During my adventures, finding people of color like me — who weren’t natives — remained a rarity. Each time I spotted one, my face lit up like a child’s. A close friend had once humorously noted that vacation meant relaxing on a sprawling white-sand beach, glaring as sun reflected off the cool turquoise waters of the Caribbean. Hoping to expand that perspective, I had invited friends of color on this challenge. Energized and excited, 20 said “yes,” but our group quickly dwindled down to four when folks discovered an arduous four-day trek was in order.

The first day mentally pitted us against each other as we tried to match strides over eight rough miles (13km) of steep, rocky terrain. By day two, I finally decided to go at my own pace. Trying to complete the trek any other way seemed futile. The deceptive switchbacks made it feel like I was hiking around in circles with no end in sight.

Visibly disoriented and on wobbly legs, I was still first to reach our camp at Chaquicocha that night to applause from our porters.

After the grueling second day, the third day’s undulating terrain felt more like a foot massage… Well, until we reached never-ending rocky stairs that threatened to take out our knees unless we appeased them by sidestepping. I pressed on, often trekking by myself for miles. In those precious moments — when time stopped and my mind was devoid of thought — I realized I was alive, listening to my breath, absolutely conscious and present in my life.

On the final day, I stood on calf muscles hardened from constant strain, waiting for the trail gates to open. Exhaustion had ravaged my body, but my mind focused on my destination, the Inca ruins of Machu Picchu. Aching pain and tense muscles seemed mild inconveniences at this point.

With our headlamps illuminating small circles ahead, we rushed past each other with no love lost, finally climbing steep stairs to the Cloud Gate. The last stretch had little to do with stamina. We had been reduced to basic primal emotions. The previous days of the strenuous journey had culminated at this point.

“There it is! There it is!” trekkers shrieked. I put my glasses on. And there she was… Machu Picchu.

By the hike’s end, my friends and I had traversed jungles, rocky terrain, and summits over a span of 28 miles (45km). We’d walked amid and marveled at centuries-old Inca ruins such as Runkurakay and Sayacmarca. Tears of pain and joy fell. The air was thin and scarce, but at the end, we realized just how strong we’d always been.

First, the human spirit can withstand much more than we give it credit for, but more importantly, my race through life can only be completed at one pace — mine. 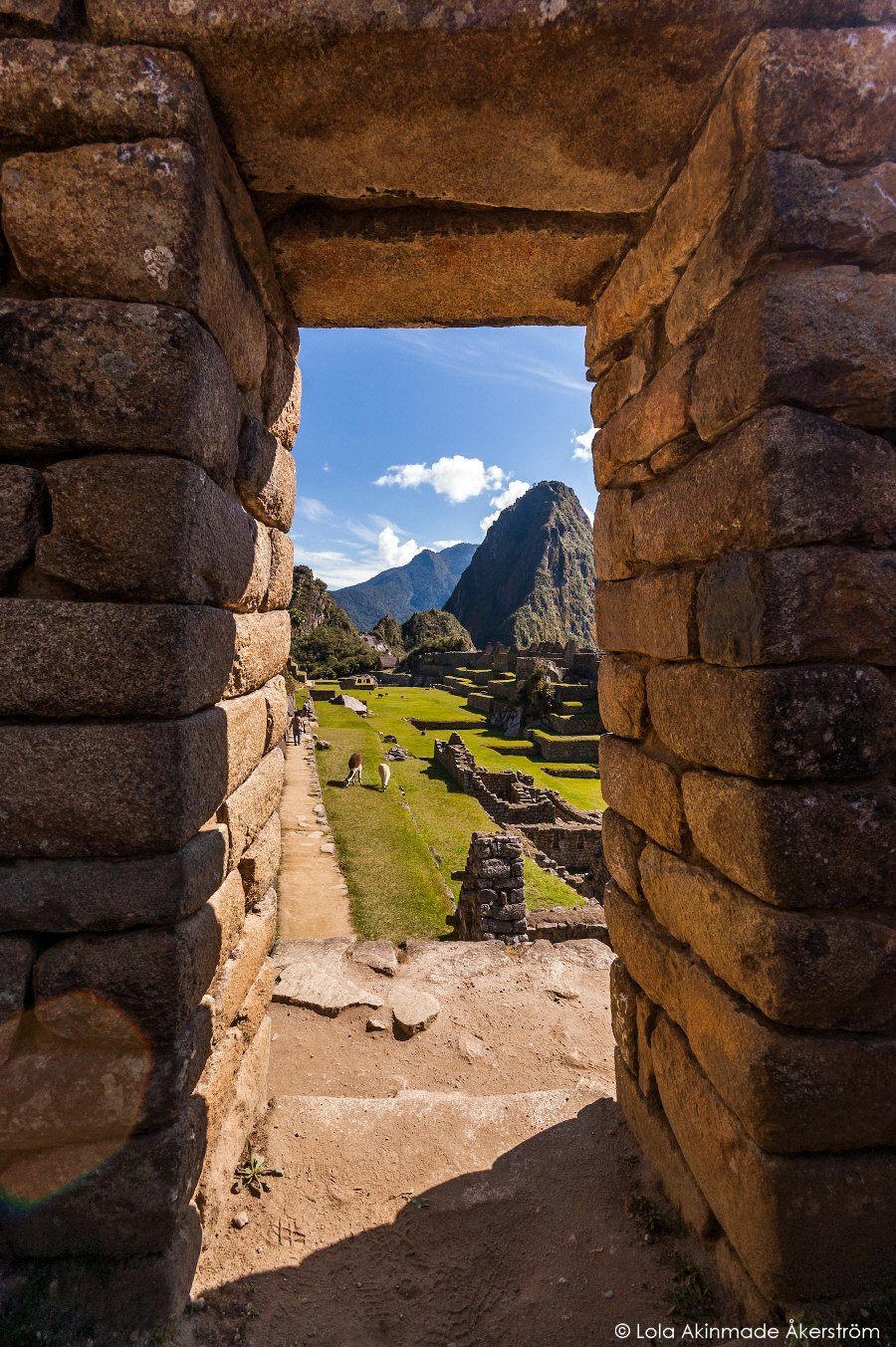