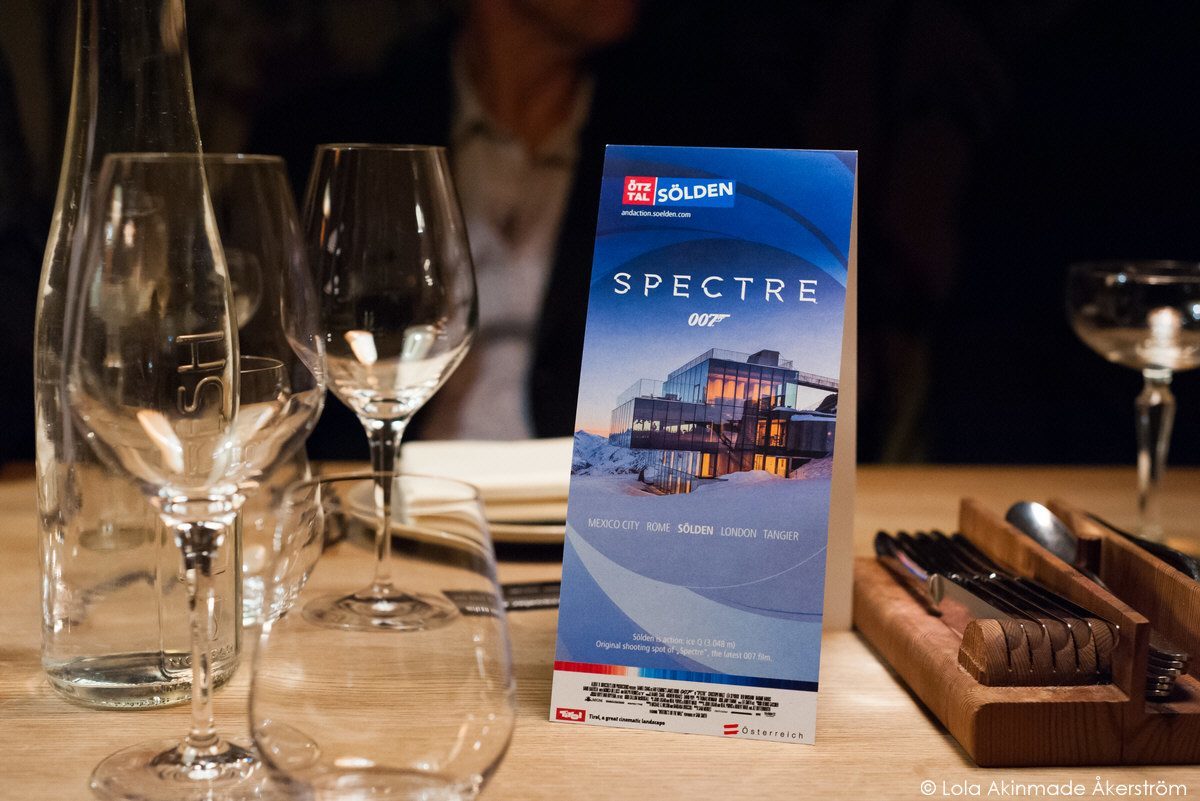 So I’ve got a little secret…

My husband and I are die-hard James Bond 007 fans. I’m talking “own the entire box set, have regular Bond nights, and have watched each film multiple times” kind of fans.

Except Austrian Tourism didn’t know this when they reached out to me. So when I was invited as a guest of several Austrian Tourism boards combined (Ötztal, Tyrol, and Sölden) for a special dinner and Spectre movie premiere, it was a no-brainer for me. A resounding yes! Plus I got to bring my husband along as my dinner date.

There were fourteen of us including four reps and they were currently having the same event in several global cities which were premiering the new 007 movie, Spectre, on the same night. We started our evening with drinks (yes, martinis – shaken not stirred) at the chic Mexican fusion restaurant, Publico. Well… since I don’t actually drink (I steadily quit after my rugby playing days), I opted for an alcohol-free raspberry ginger cocktail.

The reps were just as excited as we were because a large chunk of the movie was filmed in Austria, especially the ski town of Sölden in the Alps. Its amazing Ice Q glass restaurant which opened in 2013 and juts out of the mountainside (Gaislachkogl, to be precise) is an impressive display of design and architecture. Without giving too much away, it definitely didn’t appear as a restaurant in the movie.

Dinner was a nine-course tasting menu inspired by Mexican and South American flavours – from scallop and salmon ceviche, crab and pork tacos to spicy tuna, beef tenderloin, and chocolate truffles shaped like skulls for Halloween. A fifteen-minute walk after dinner took us to SF Rigoletto. One of Stockholm’s oldest cinemas , it is also the red carpet spot for special movie and documentary premieres, drawing out the country’s celebrities. Opened in 1939, the cinema with its heavy velvet details and classic décor has four salons and a VIP viewing balcony.

The familiar theme song begins to play as Daniel Craig struts onto the stage…on screen, not in real life. An invigorating opening sequence in Mexico and for the next two and a half hours, we were swept into 007’s world of Spectre… 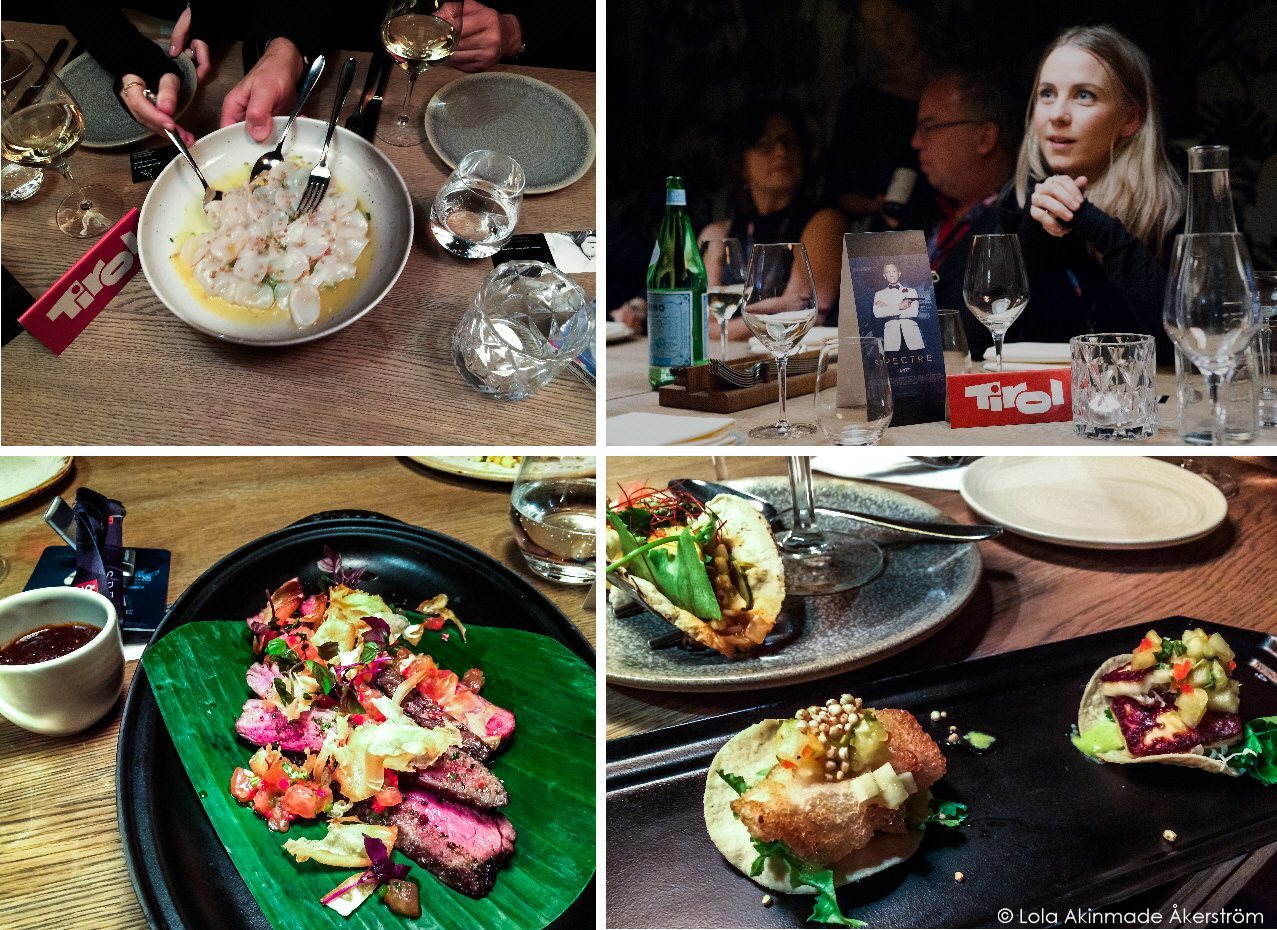 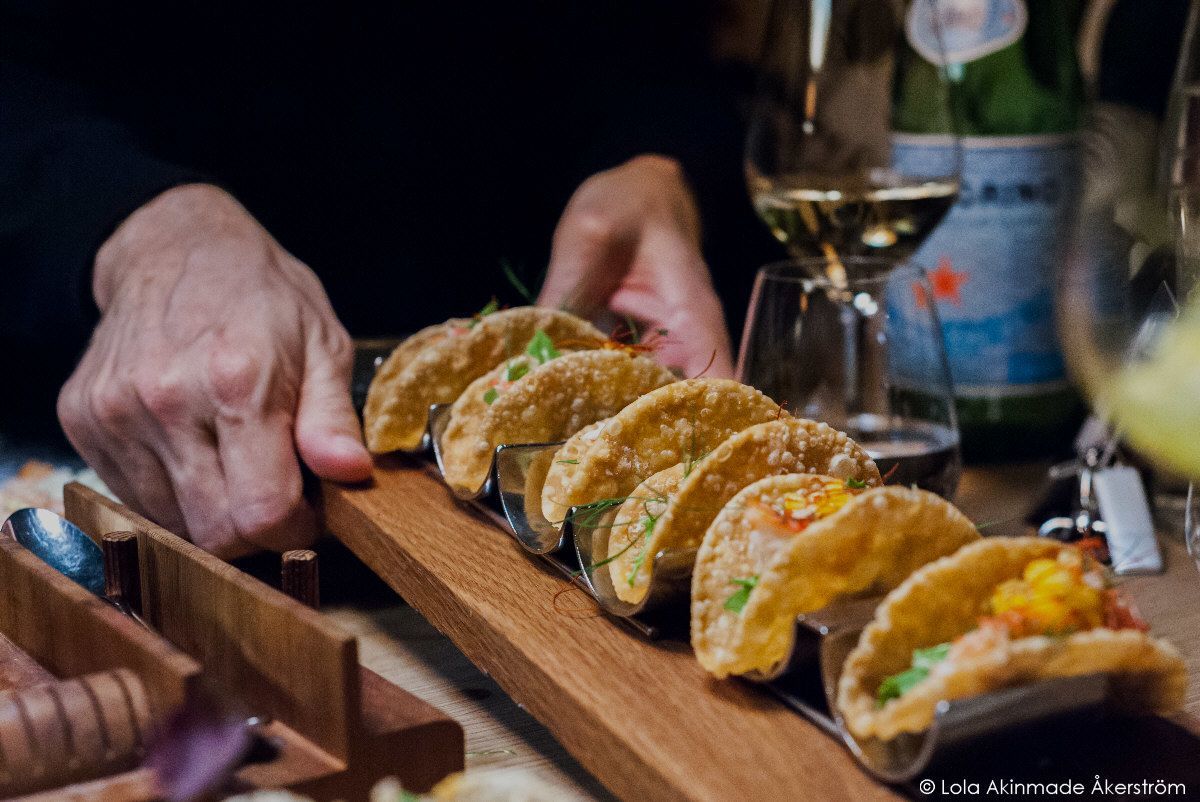 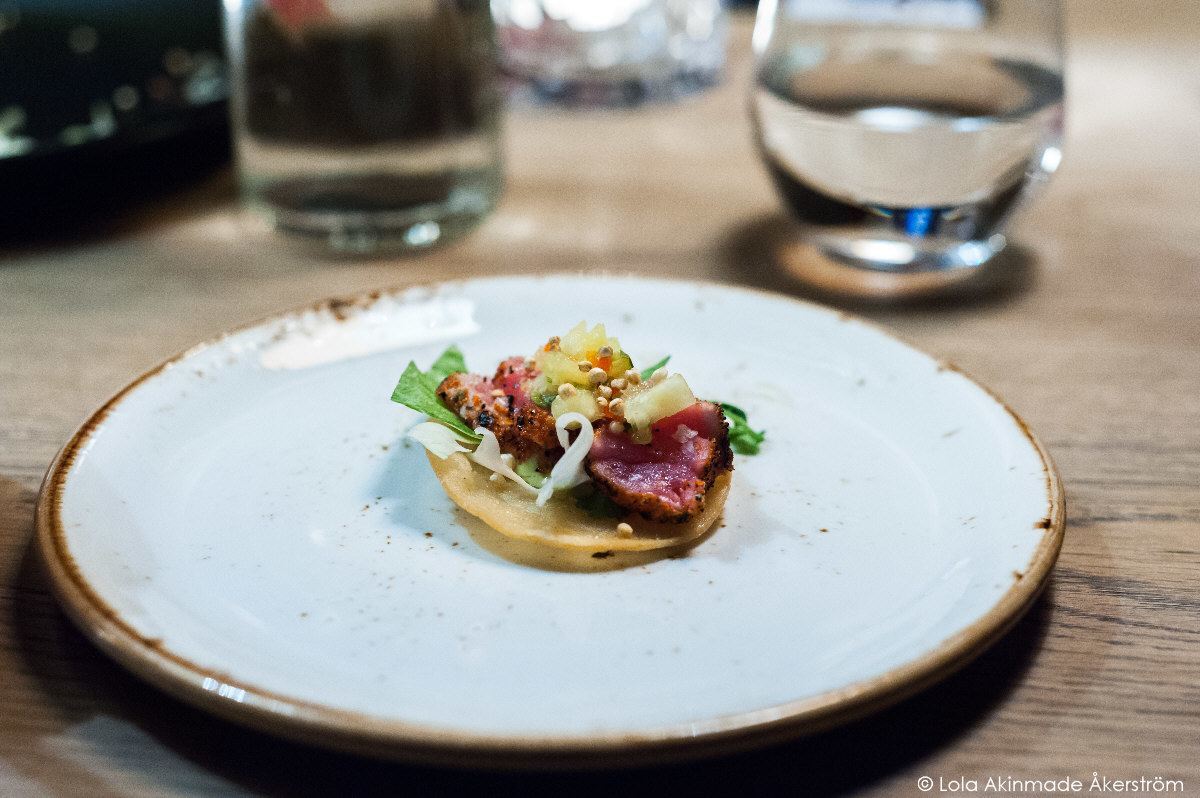 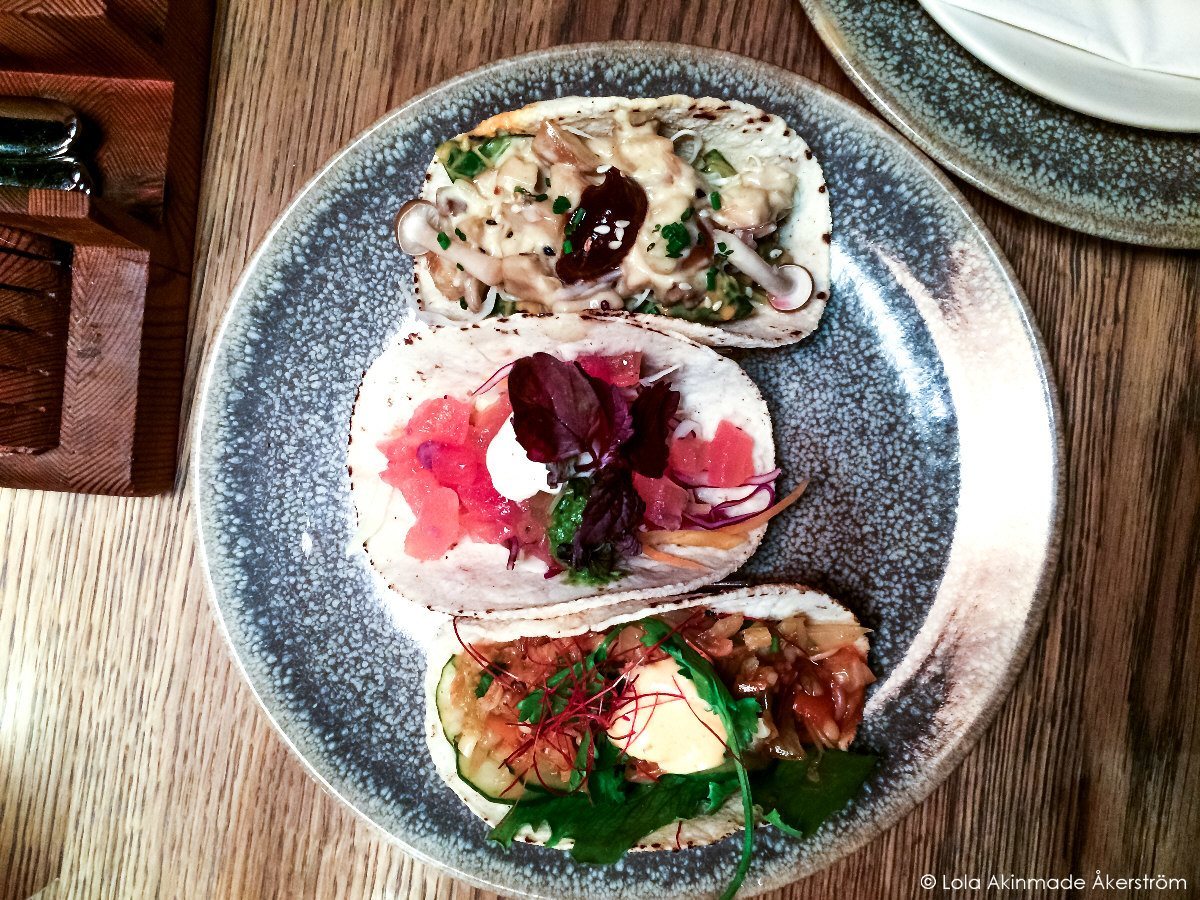 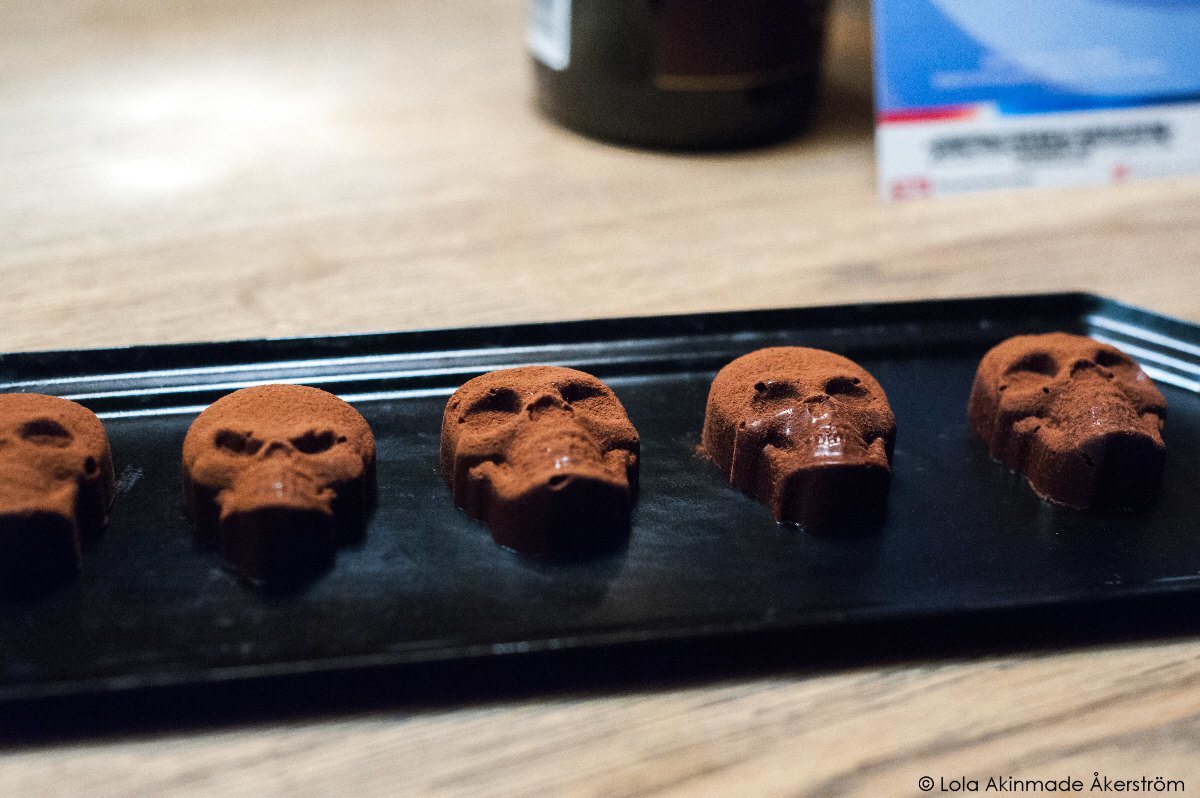 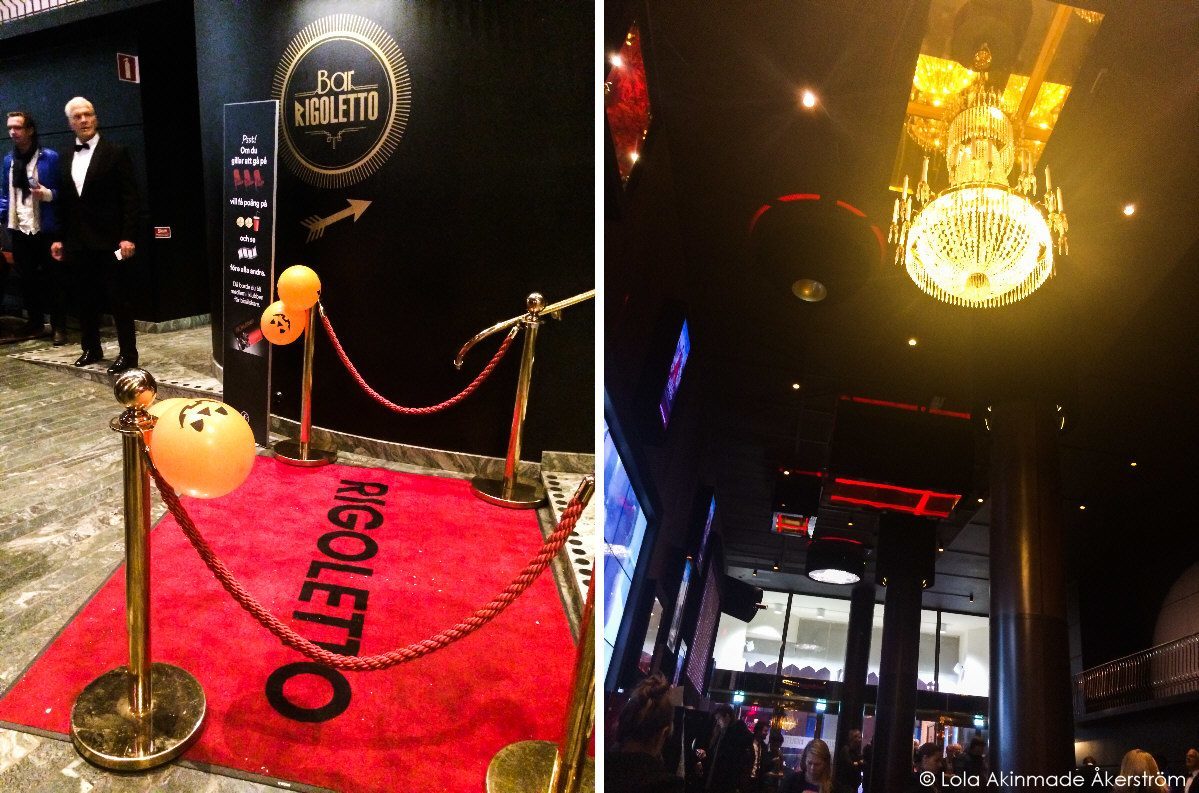 Special thanks to Austria Tourism for the experience. You can view more photos here.