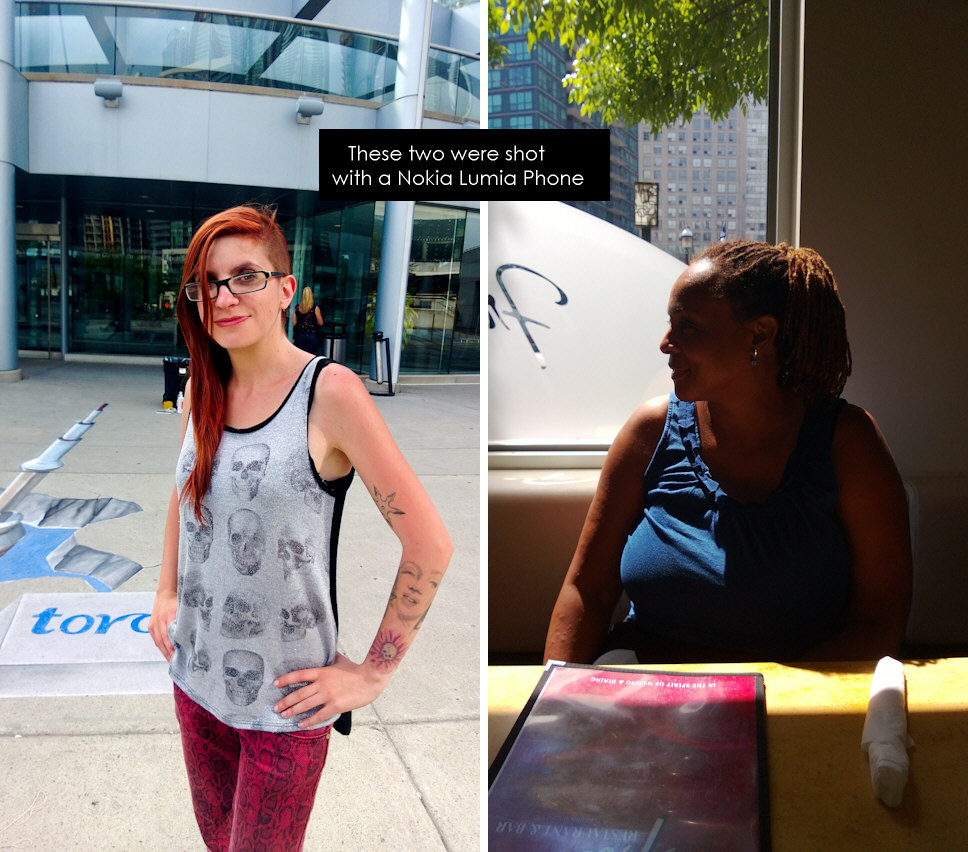 There are many reasons why I’m not as active on Instagram as I’d like to be. Beyond the fact that it can take away from me fully enjoying the moment, I travel quite a bit and still would love to share interesting snapshots from the road via my smartphone. However, the camera on my HTC Desire is horrible.

Poor low-light shooting. Poor even with enough sunlight. And no amount of filters can fix bad photos no matter how well I try to compose and plan each shot. So my Instagram feed is pretty abysmal according to my own standards.

Before you say “Just get an iPhone!” I’m glad there are other choices out there besides Apple. I’ve spent years as a PC owner and even more years as a Windows .NET developer as well so I’m comfortable in Microsoft’s world of operating systems.

It’s going to take awhile for me to mentally switch over to Macs.

So when Nokia Connects contacted me out of the blue to see if I’d be willing to test out the camera on their Nokia Lumia 920 with a focus on people and portraits, I was immediately game. Mostly because I was also at the point of evaluating possible alternatives for my HTC Desire.

I had three criteria I was planning on evaluating:

1 – How well it handled portraits

The phone arrived right in time before I headed off to TBEX Toronto to talk about storytelling through photography so I packed it up and took it along. 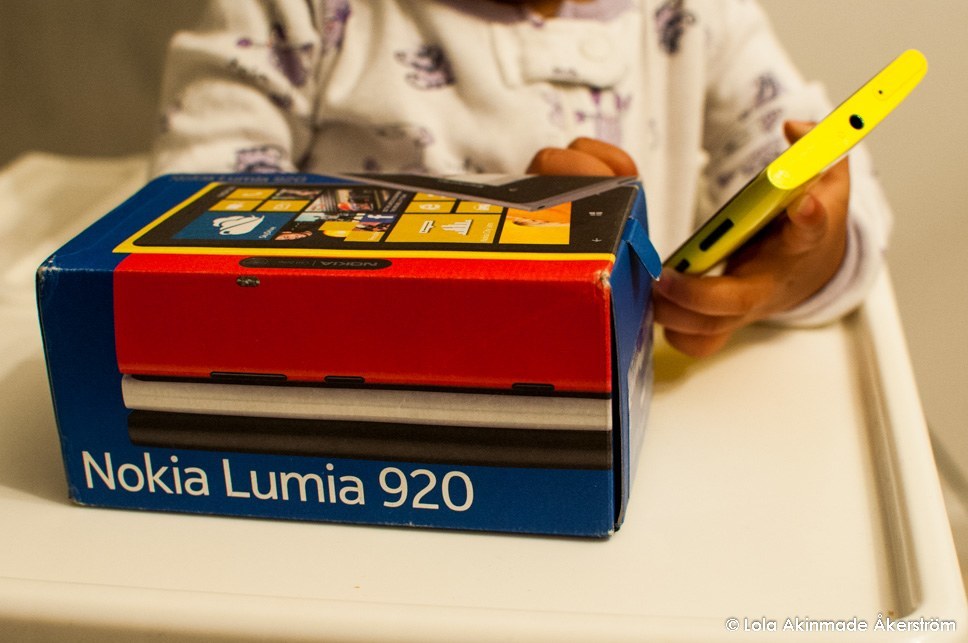 Right off the Bat

Even though the phone came unlocked, I thought it would be as easy as switching out my SIM card but the Lumia 920 actually uses a Micro SIM card which is much smaller than the standard SIM card.

Considering I can easily swap SIM cards from any cheap pay-as-you-go phone with my HTC smartphone and back, knowing that if I switched to the Nokia Lumia 920, I’d have to switch to a different type of SIM card altogether was a bit of an annoyance. I didn’t want to cut my existing cards.

So I tested the Nokia Lumia 920 without any SIM cards, relying solely on Wi-Fi connections.

I’m not going to go into boring nitty gritty tech specifications. You can find them here. I will talk about specs that apply to some of the winning points below if applicable.

Yes, I know. So superficial, but the Nokia Lumia 920 is one good looking phone. Heck, I’m not even a huge fan of yellow but this phone made me love it. So much so that when I had it with me around other travel bloggers at the conference, they noticed and asked what model of phone I was holding.

It has a 4.5 inch display size with super sensitive touch screen technology where everything just glides along with a small flick of my finger. I loved the feel and size of the phone in my hands.

I’m probably not the only person who plays around with a new gadget first without opening up the instruction manual. The phone was that intuitive and simple to use.

The only reason I opened up the manual was to find out how to switch the phone on.

More importantly, I noticed the quality of the images I shot with its 8.7 megapixel camera was at least three times better than my HTC Desire.

Here are some of the portraits I shot using the Lumia. It’s important to note that I didn’t apply any filters or edit them though the Lumia has a wonderful photo editor called Creative Studio which I poked around in.

I wanted to show you just what they look like right out of the phone. At least the Lumia’s camera gives me a good base image to work with should I choose to edit them later. 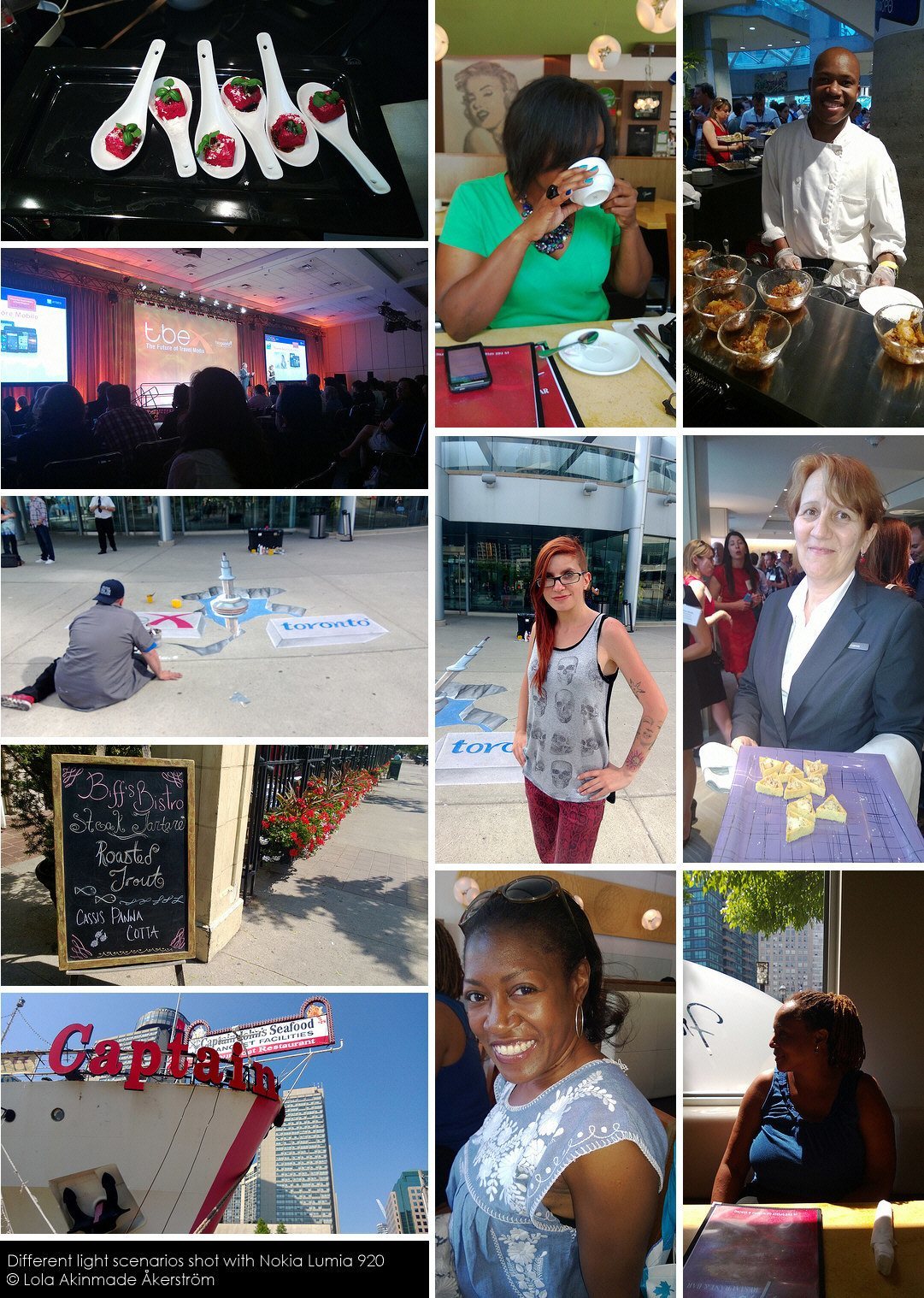 I love that just by logging in with your Hotmail account, you have access to free cloud storage called SkyDrive where the phone can automatically backup your photos as well. And you get 7 GB of free storage which is great. 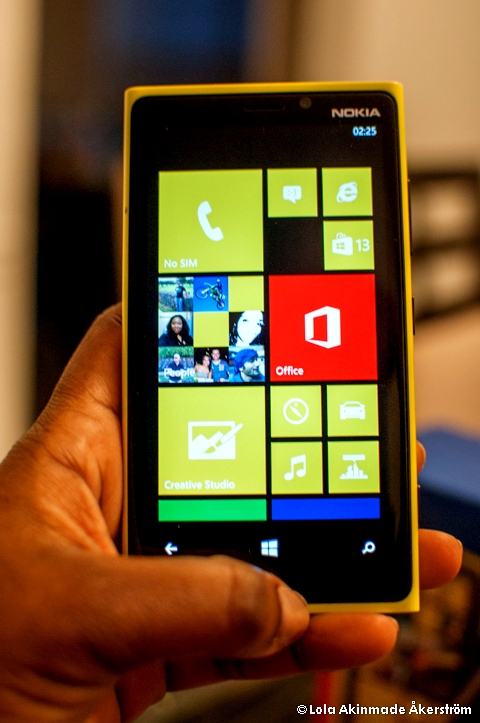 What Needs to Be Improved

Cue dahn-dahn-daaaahn music… While I was a lot more impressed with the photos I was taking with the Lumia 920, I couldn’t share them easily on Instagram or Flickr even which were the two photo-specific social media outlets I wanted to use.

Instagram – For one, Instagram doesn’t have a version for the Windows operating system which is what the Lumia uses. This issue has actually sparked an online community called #2InstaWithLove in support of Nokia asking Instagram to create an app for Windows. I truly hope Instagram listens because they’re locking out a wide community of potential users with sweet photos to share.

Flickr – While you’re supposed to be able to link your Flickr account to your phone for seamless uploading, I unfortunately never got this work. Nokia’s support team was excellent in helping me troubleshoot the problem but it just kept giving me a “Can’t connect to Flickr login services” type message which meant it had to be an API-level issue so I never was able to right-click and upload photos to Flickr. I had to manually transfer them all later.

Normally, dynamic sharing to social media outlets may not be important to the casual user who can manually do them later, but I’m also a travel blogger (in addition to a writer and pro photographer) and sometimes on specific trips, we need to be able to tweet, load to Instagram, and quickly share photos using specific hashtags so seamless social media integration is pretty crucial for any smartphone I own.

Obviously it’s not a heavy duty pro-grade DSLR camera so it did struggle a bit in lowlight situations but the photos I netted out of those scenarios were way better than what I currently have.

I truly wanted to fall completely in love with this phone but these social media kinks need to be worked out especially for the type of work I do.

My hunt for the “perfect” non-Apple smartphone continues though I am willing to give the Lumia’s next reincarnation another shot.

Do you own a Nokia Lumia phone? What are your thoughts?