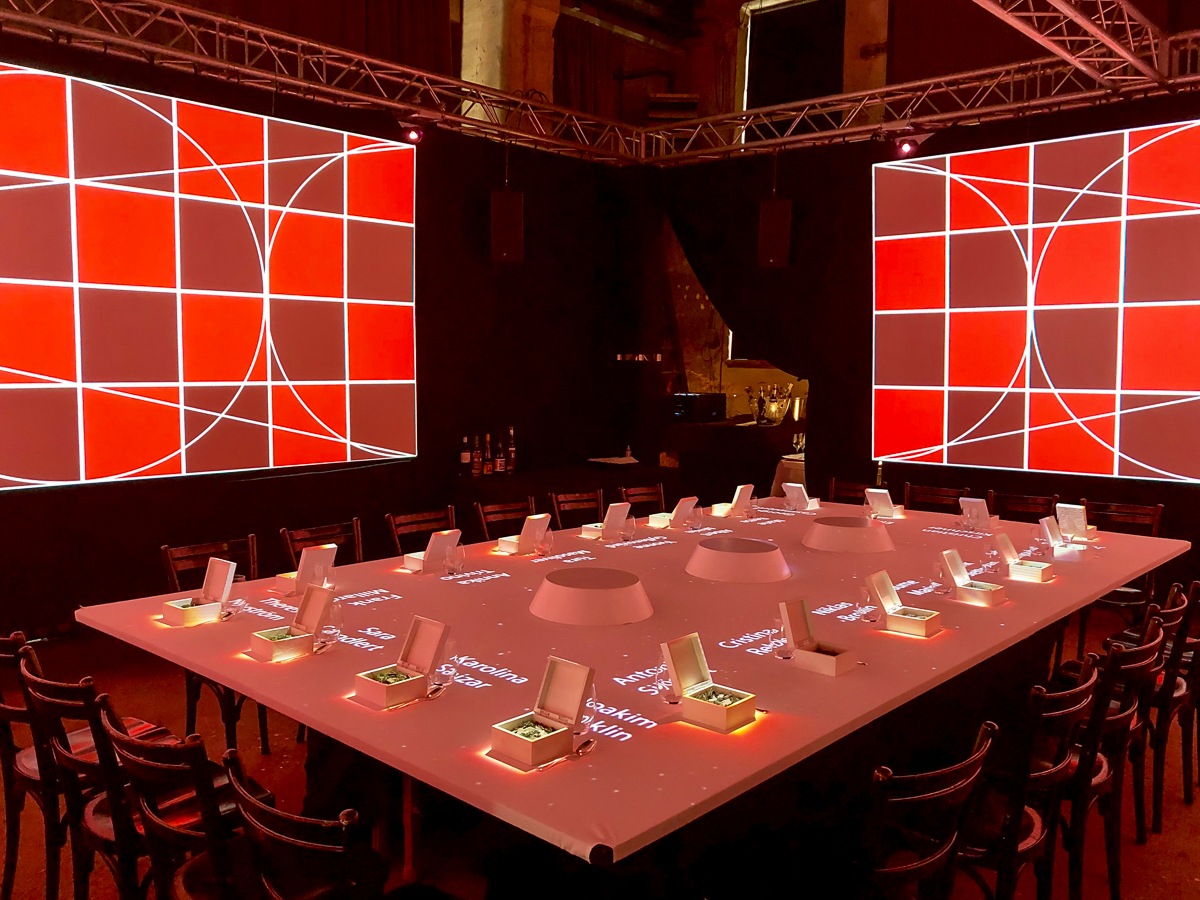 As imagery of wild rosemary vines crawled across four large LCD screens which enveloped our table, we began to smell them… fragrant dofts of rosemary all around us. That was the exact moment I knew we were in for a truly exquisite experience.

On a nippy spring day in Stockholm, I found myself at Watz Studio… a small warehouse close to Värtahamnen, converted into an exclusive Michelin-starred experience called TasteMotion.

In my years of working in media within the travel industry, I’ve never had an experience quite like this. And it would make absolute sense that it would be Costa Brava Tourism to put on this show.

Costa Brava Tourism is several steps ahead of many destination marketing organizations in terms of working with independent content creators. They are creative visionaries, including partnering with competing food regions and creating award-winning collaborations. I consider myself a natural ambassador for Costa Brava. I love the region, have many friends there, and have been collaborating with them on different projects, including a digital book on wellbeing in the region (more soon!).

So, I knew they were going to put on a spectacular experience. I just didn’t know how spectacular.

Instead of inviting various members of the travel industry to enjoy a multi-course Michelin-starred meal, Costa Brava decided to transport its guests directly to the rugged coast and the Pyrenees through all our five senses, paired with some amazing interactive visuals.

It is the food region with the most Michelin stars per capita (at least 20) and having experienced its cuisine on several occasions in the past, I was looking forward to what Costa Brava had in store – a five-course meal paired with five regional wines.

Here were the five courses

Opening act – We started off with a traditional vermouth with aromatic herbs from the Empordà served in a delicate shell.

Act 1 – This meal focused on local produce and cultural ways of pairing gastronomy with wines. We had anchovies from L’Escala made three different ways, traditional Manyac cheese from La Xiquella with a sphere of DO Empordà virgin olive oil, with fresh bread and tomato, which was rubbed on the bread Catalonian-style. (Wine pairing – Finca Olivardots Groc D’Amfora 2017 – Vinyes d’Olivardos)

Act 2 – This took us down to the Mediterranean with “Plankton”: A dish of marinated prawns from Palamós, picada sauce, and fish stock. (Wine pairing – Heus white 2018 – Celler La Vinyeta)

Act 3 – This was Costa Brava’s “landscape in a cooking pot” and also my favourite dish. Look at that shimmering green colour! This was not an easy pick for me, because every plate was exquisite. This sea and mountain rice dish is from Pals which I recently visited as well. (Wine pairing – Babalà 2017 – Espolla wine cooperative).

Act 4 – This really paid homage to the gastronomical creativity that Costa Brava is known around the world for. Girona-raised beef with wild mushrooms, walnuts, and Ratafia – a sweet alcoholic beverage used in its sauce (Wine pairing – Aroa 2017 – Cellar Masia Serra)

Act 5 – The final act was, of course, dessert. And it was a deconstructed sensation of Girona apple paired with a very sweet Empordà grenache wine – Celler Mas Estela dolç solera 1990.

Michelin-starred chef Quim Casellas is the visionary behind the five courses above. He runs Restaurant Casamar in the stunning seaside village of Llafranc in Costa Brava. Before our group arrived, I got to take a sneak peek into his world as he and his crew prepared for the sensational #TasteMotion experience.

Thanks so much for bringing me into your world through sight, smell, touch, sound, and taste.

The video below doesn’t do the TasteMotion experience enough justice but at least, it can give you a glimpse into Costa Brava’s creativity and why they remain some of my favourite people within the travel industry.