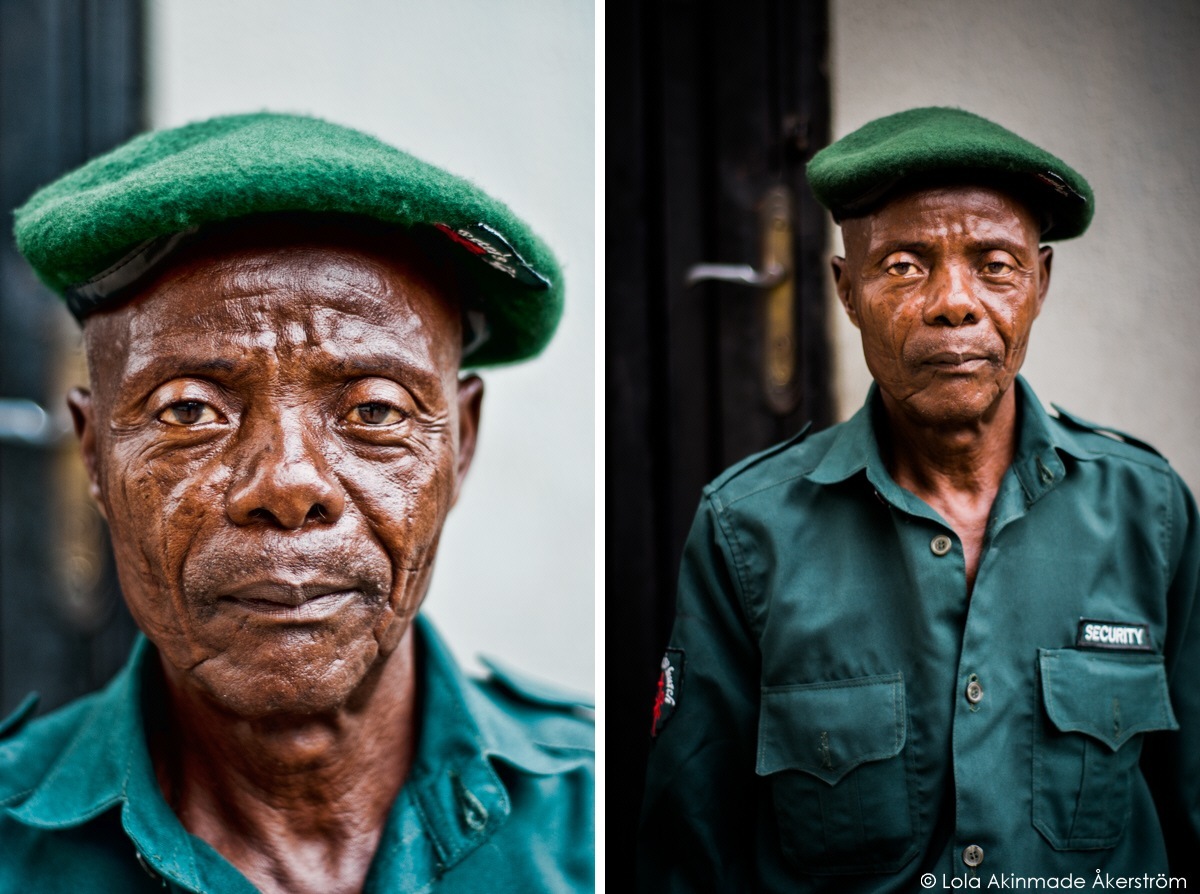 I take a lot of travel portraits.

Mostly of strangers and one of my favorites remains this image of a security guard in Lagos, Nigeria. I see him everytime I go back home. I see age lines deepen across his face, his stance a little more hunched than the last time I saw him.

But he’s there. Without fail. Well into his late sixties, maybe early seventies, doing his job proudly. A security guard.

It would have been easy for me to convert his photo into a black and white portrait, edit and sharpen it into oblivion so his age lines pop out more prominently. To objectify him for the sake of my art.

But what justice would I be doing him?

Seeing the pride with which he wears his uniform and the duty with which he has performed his job so diligently for years, I’m sure he’d rather not be an etched out black and white version of himself. One where the focus was solely on age lines snaking across his age as opposed to a more complete picture of him as a person.

This remains in my consciousness. This is what drives me as a photographer. To listen to people. To acknowledge, truly acknowledge people, and to show them in their most positive light with diginity.