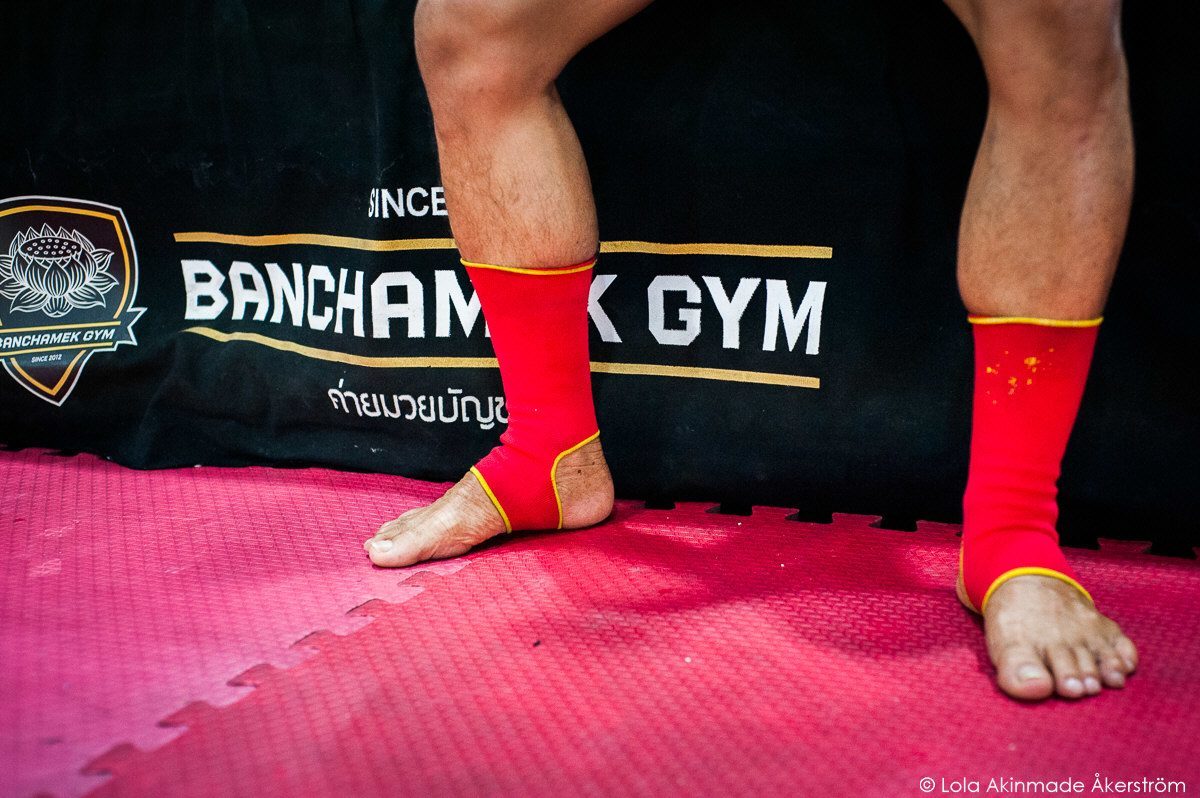 I had two choices.

The first was a half day pampering experience at an exclusive Thai massage parlor set in a tranquil garden.

The second was to wake up at the crack of dawn to prep for an early morning ass-kicking at boxing gym Banchamek Gym. The gym is owned and run by world champion Muay Thai boxer Buakaw Banchamek. He has won so many championship titles as a welterweight and is arguably the most famous boxer in Thailand.

My secret dreams of being a kickboxing champ had always been limited to “Tae Bo” (which I love even thought it’s touted as blasphemy within serious boxing circles). Needless to say, I was excited to not only learn about the sport but try my hands at it too. Muay Thai is a combat sport that originated in Thailand and its records date as far back as the 15-16th century, though the artform is much likely older. It was developed as a combat defense mechanism to protect against poachers and enemies trying to steal land and resources, and it was also a battlefield skill where Thai soldiers were trained in the art. 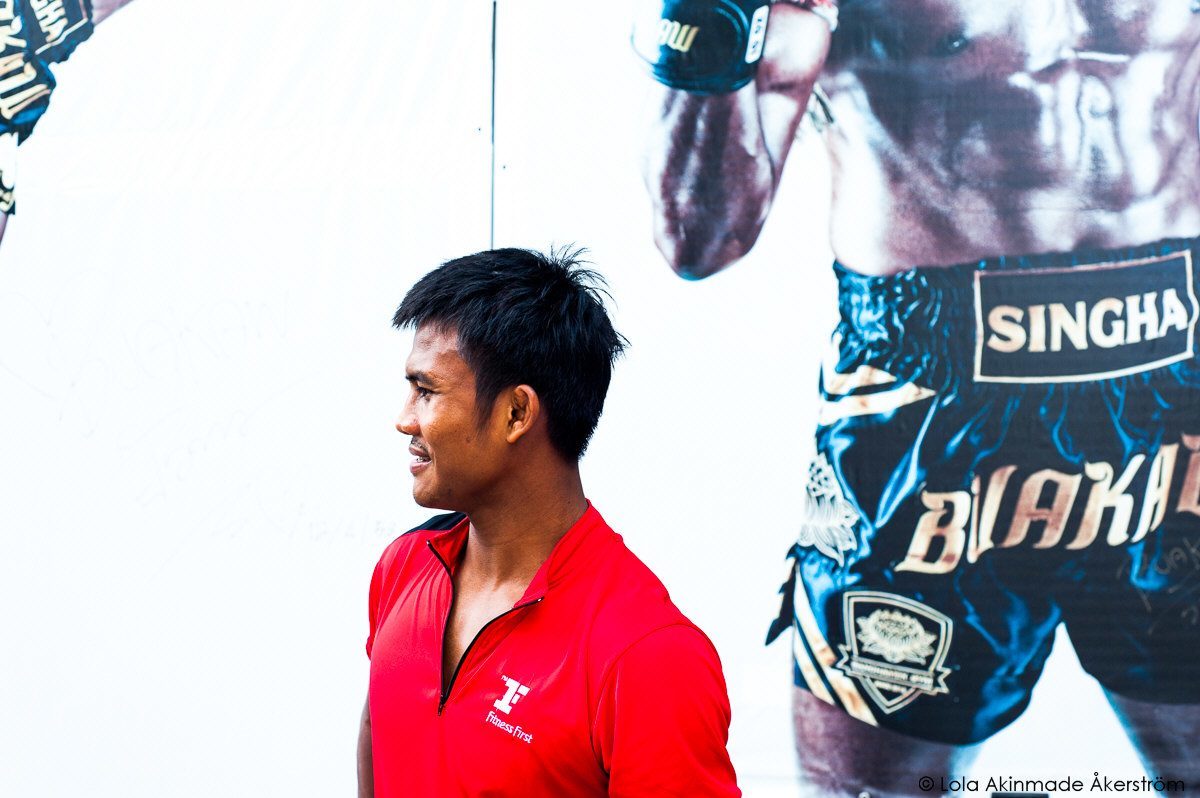 We arrived to a few training sessions already going on in the open-walled gym with two large boxing rings and another section with exercise machines for warming up.

Buakaw Banchamek himself came out to say a quick hello and pose for some photo opps with us before we were handed over to his trainers. I’d been anticipating a light workout session that would last 1.5 hours or so with lots of demonstrations.

What I got was pure trial by fire.

We first hit the gym for about 15-20 minutes to warm up on various cardio machines. My mind had planned for a five-minute slow cycle on the bike, not a mini workout. Then it was an obstacle coordination training course where we juked between cones, ran backwards, and fully hopped over cones. We ran through this 10-12 times.

Then it was strapping on boxing gloves, punching, kicking, and kneeing bags hanging from the ceiling for close to 20 minutes.

Then there was a yoga-stretching session where I tried contorting myself into positions that left my body screaming, Oh hell no!

And finally, it was time to don our boxing gloves one more time and take turns punching and kicking at pads our trainers were holding.

Three hours later, fully drenched in sweat, I was in love with the feeling. Of strength and accomplishment. Of a renewed love for kickboxing brewing once again. Trying to catch my panting breath, joy welled up within me. Why wasn’t I doing more of this? This meaning sweating so vigorously often? Exercise is euphoric and I enjoy it, yet I don’t do enough of it.

What I got was an amazing Muay Thai experience that lit a fire for not only kickboxing, but exercise again, and I vowed once I got back home to Stockholm, I’ll look for a Muay Thai class. I’m seriously thinking about this for 2016.

Well… Alongside all the other side projects and hobbies I’m seriously thinking about for 2016… Sigh. 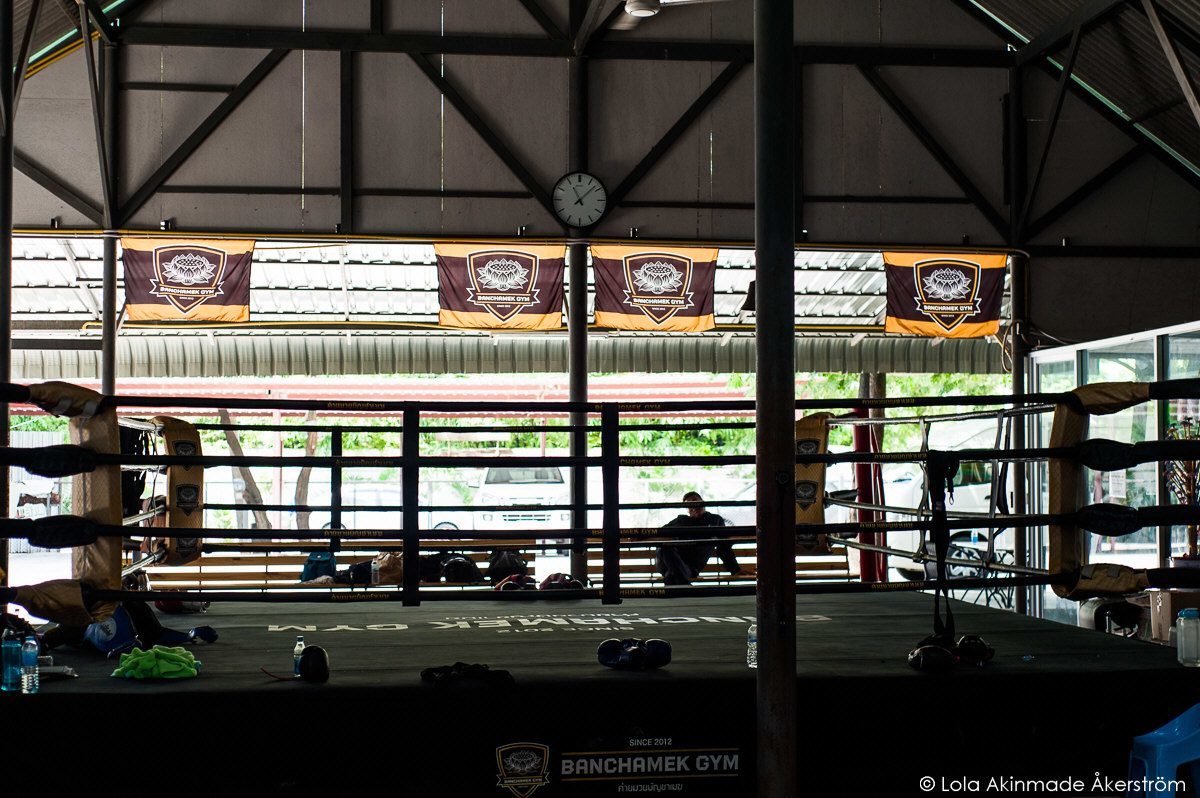 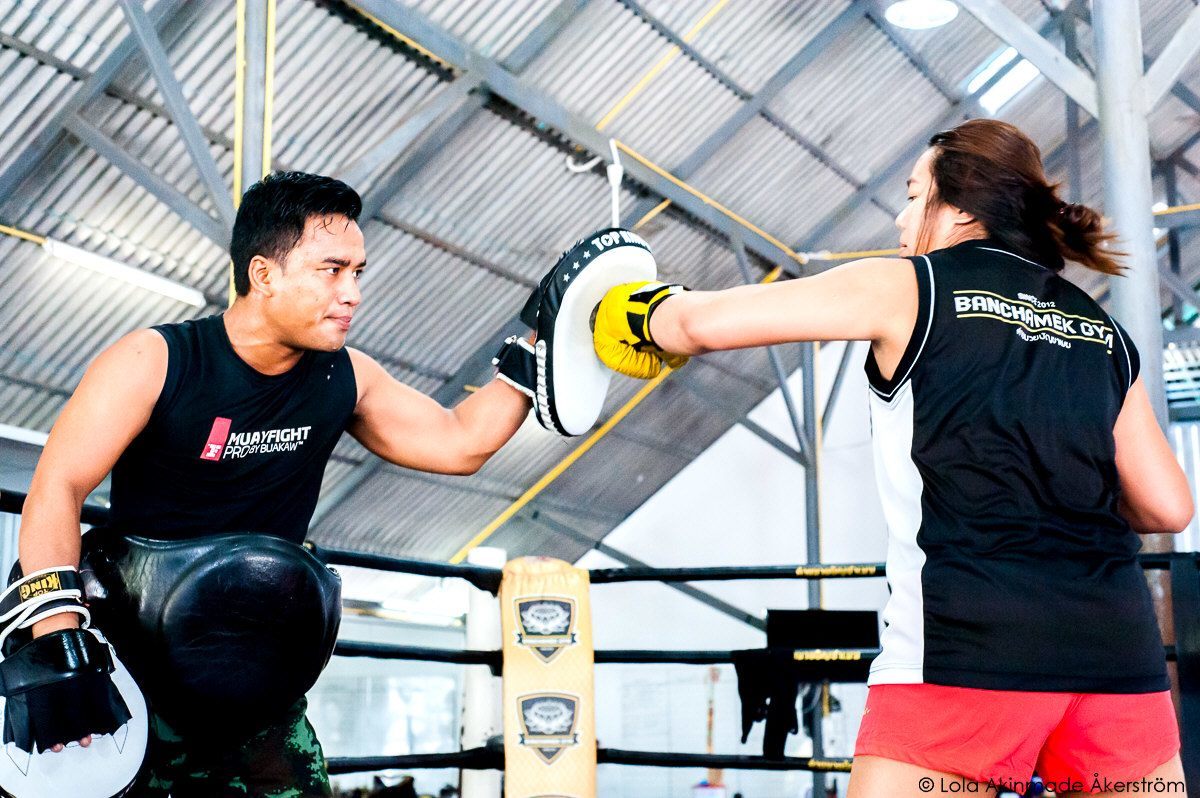 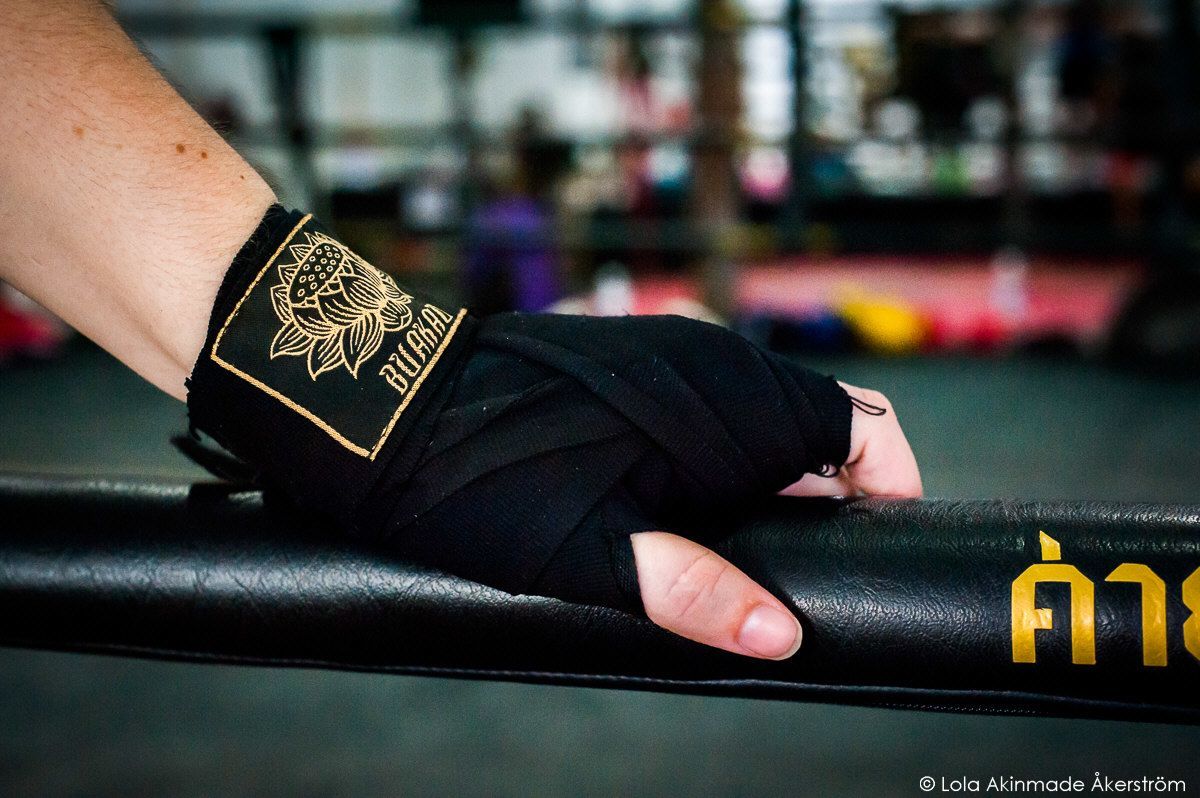 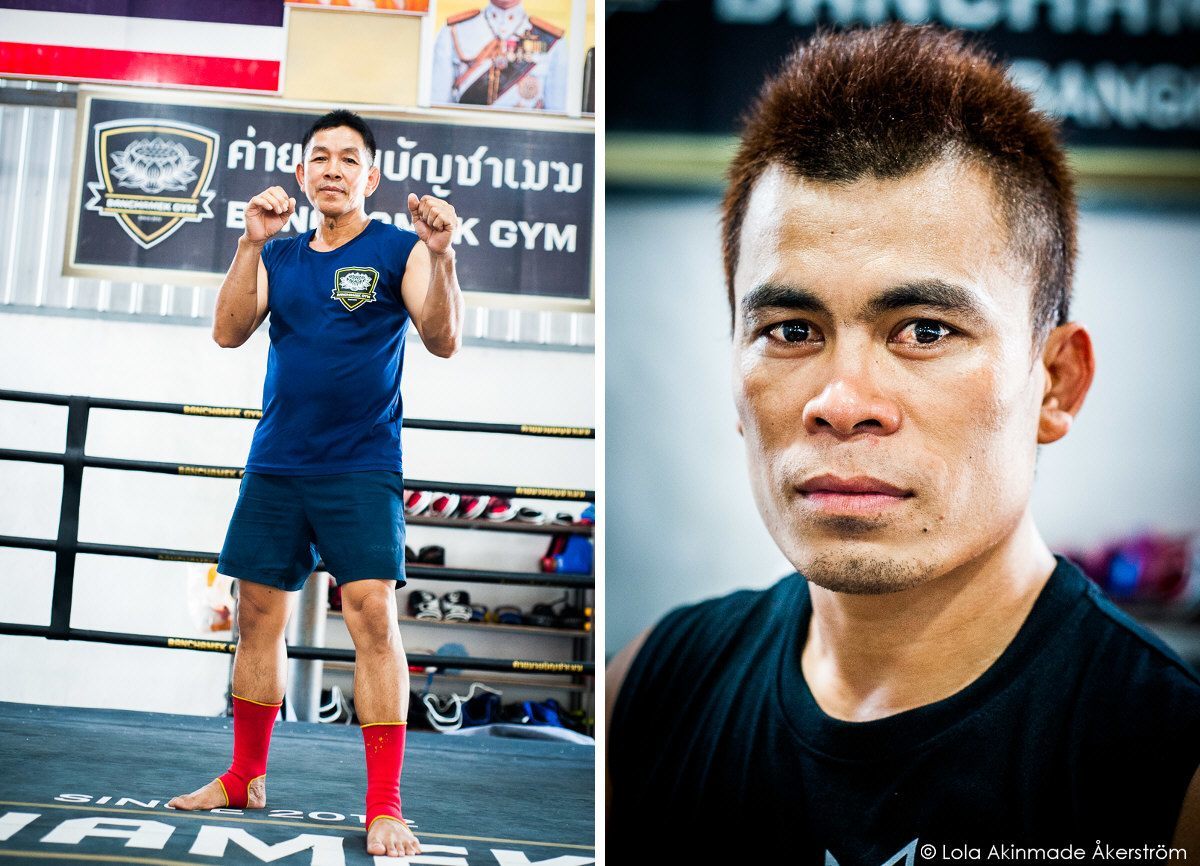 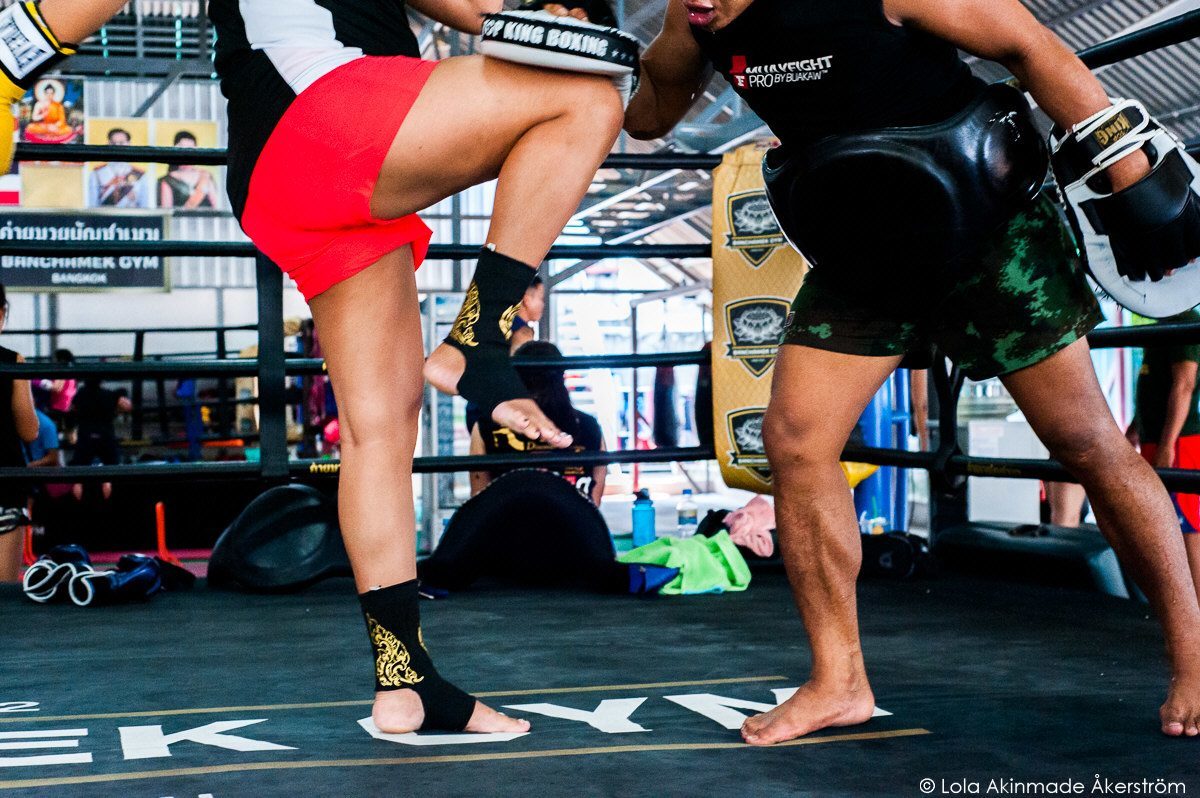 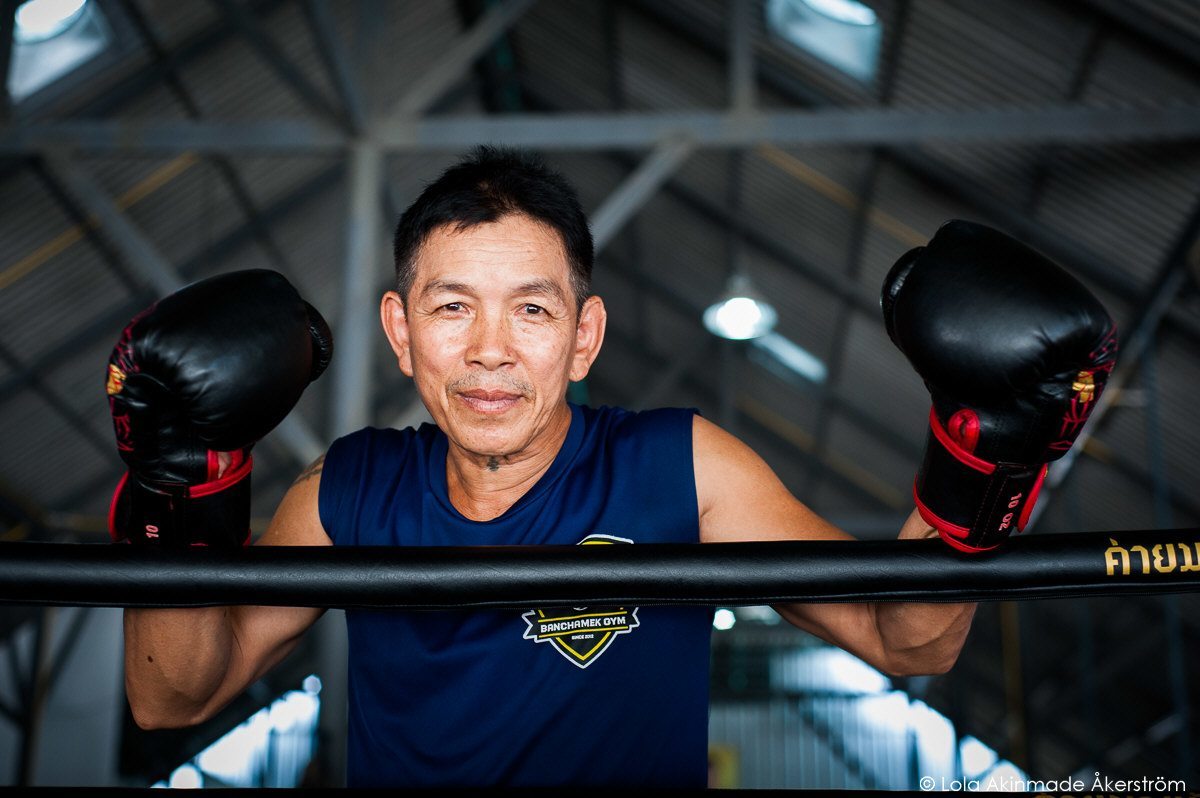 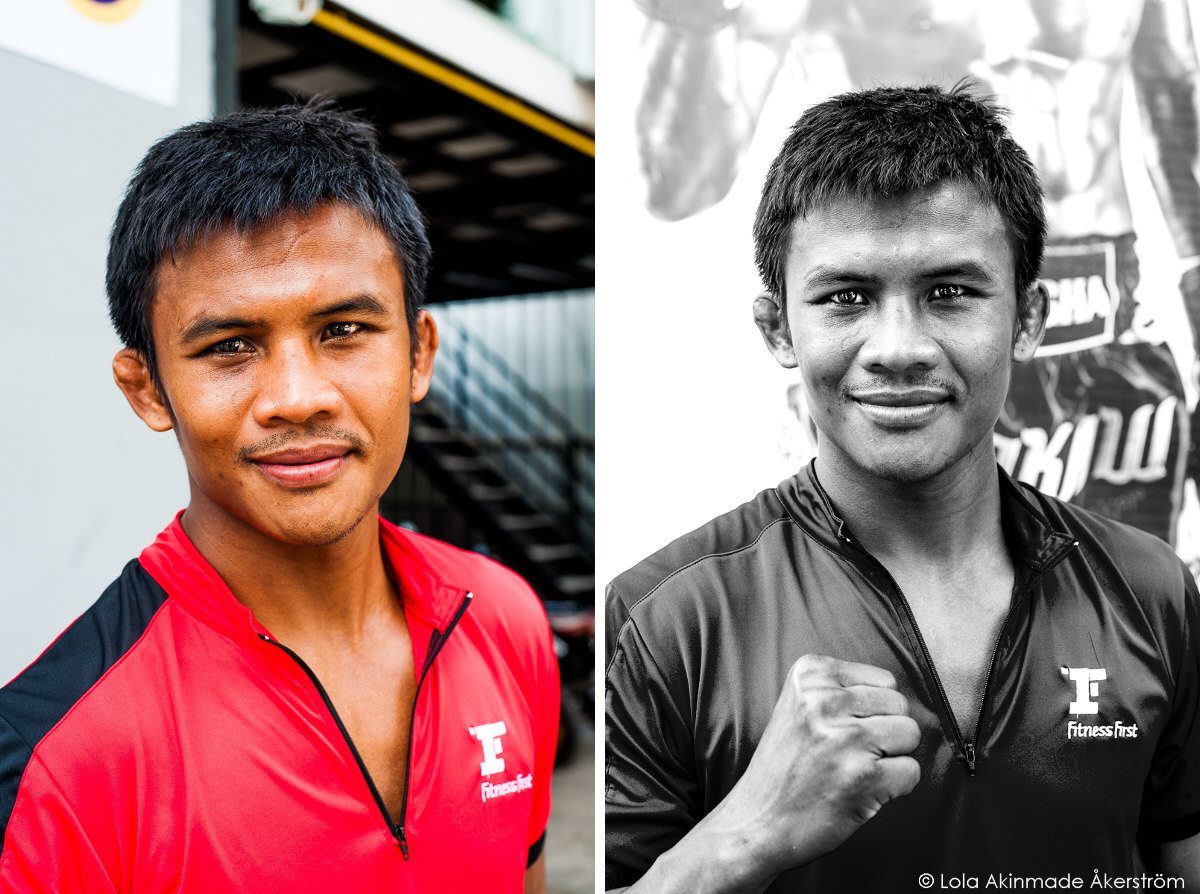 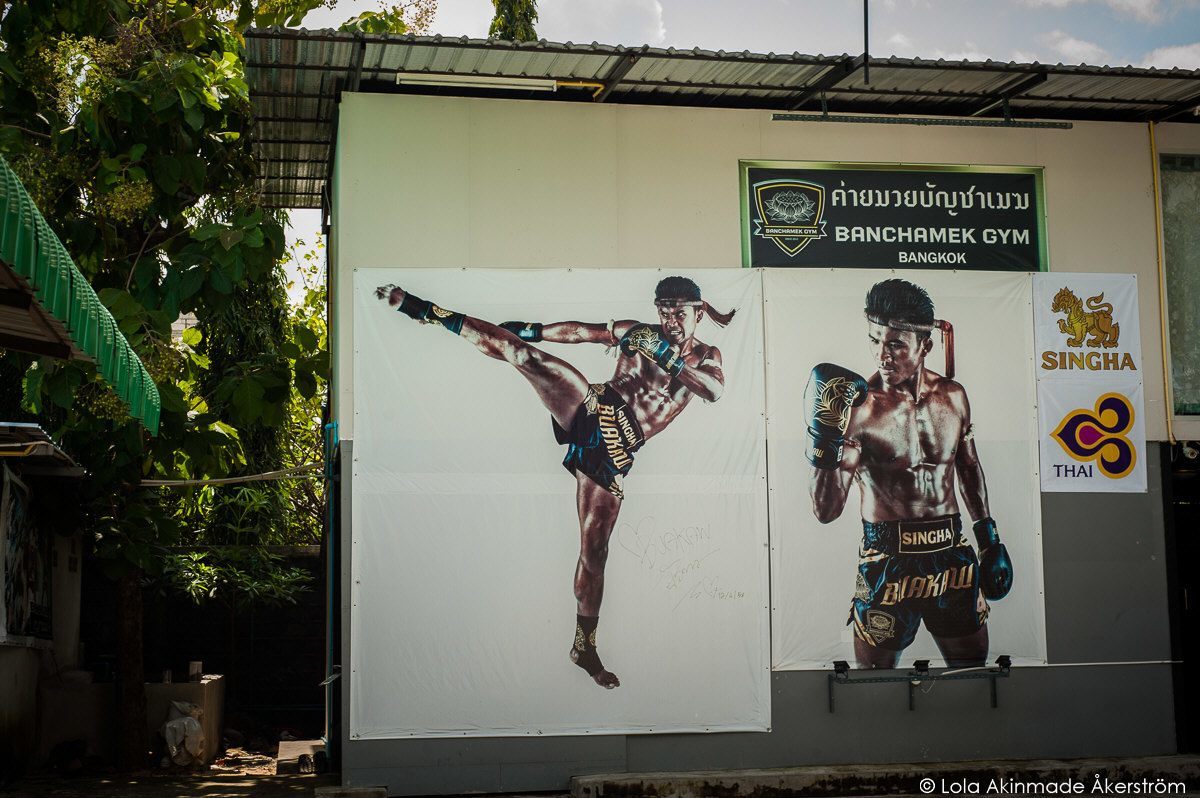 Special thanks to Buakaw Banchamek, Banchamek Gym, TBEX Thailand, and Tourism Authority of Thailand (TAT) for organizing this wonderful experience for the conference delegates.