As you already know, wherever there’s a strong seafood culture, I’m there. I’ve been working on an ongoing Fishmongers photography project for awhile which documents various fish auctions and markets around the world.

So I was eager to wake up bright and early to head over to Fiskhamnen down by Gothenburg’s harbour. This is the location of a traditional fish auction and market which starts at 7am and has been running since 1910.

In fact, Göteborgs fiskauktion (Gothenburg Fish Auction) is the largest in the entire country (Sweden) and it brings together fishermen and fishmongers from across the Nordics and Baltics, including Russia, in a frenzy of bidding wars, selling and buying over 80 tons of seafood.

Gothenburg and West Sweden is blessed by its location along the North Sea with its long Bohuslän coastline. This gives local fishermen access to over 100 species of fish from the North Sea as opposed to the Gulf of Bothnia and Baltic Sea on Sweden’s eastern coast which yields only about 15-20 species of fish.

The crowd of buyers is a mix – from wholesale suppliers to chefs who come down to handpick their daily catch for upscale restaurants. While you and I as private travellers aren’t allowed to buy from the auction, it’s still an intriguing place for us seafood lovers to check out while in Gothenburg.

Here are photos from the Gothenburg Fish Auction. 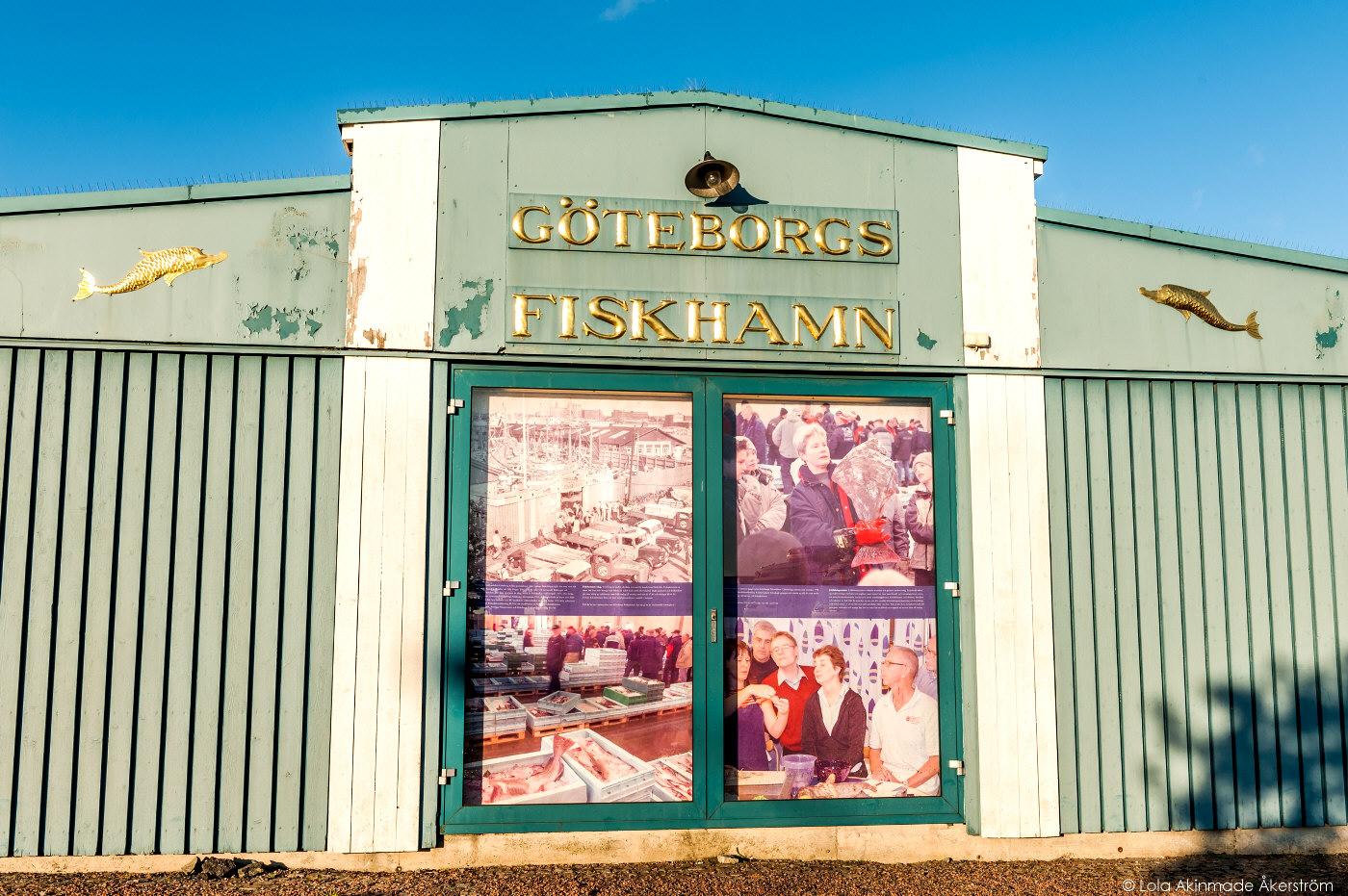 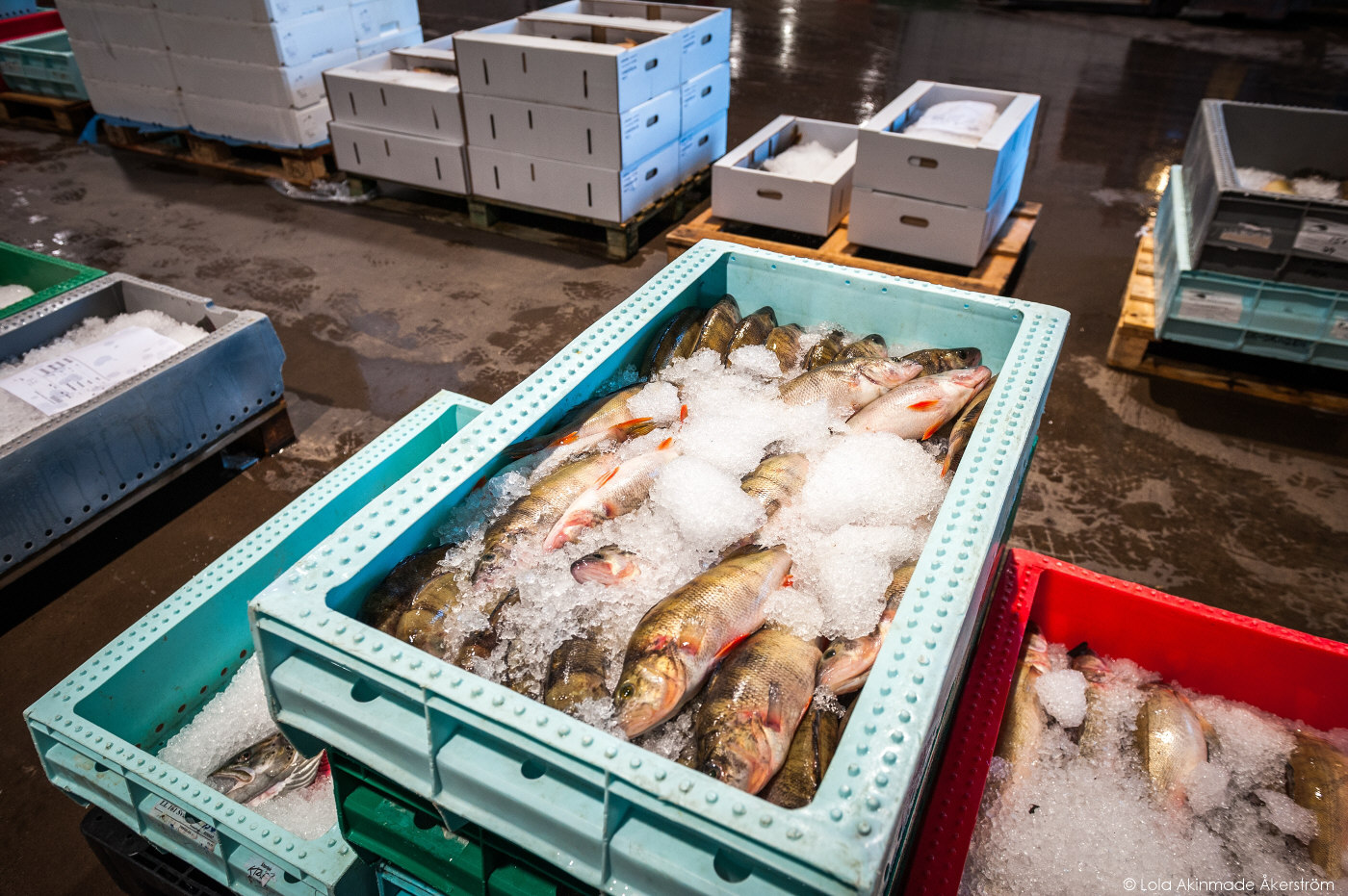 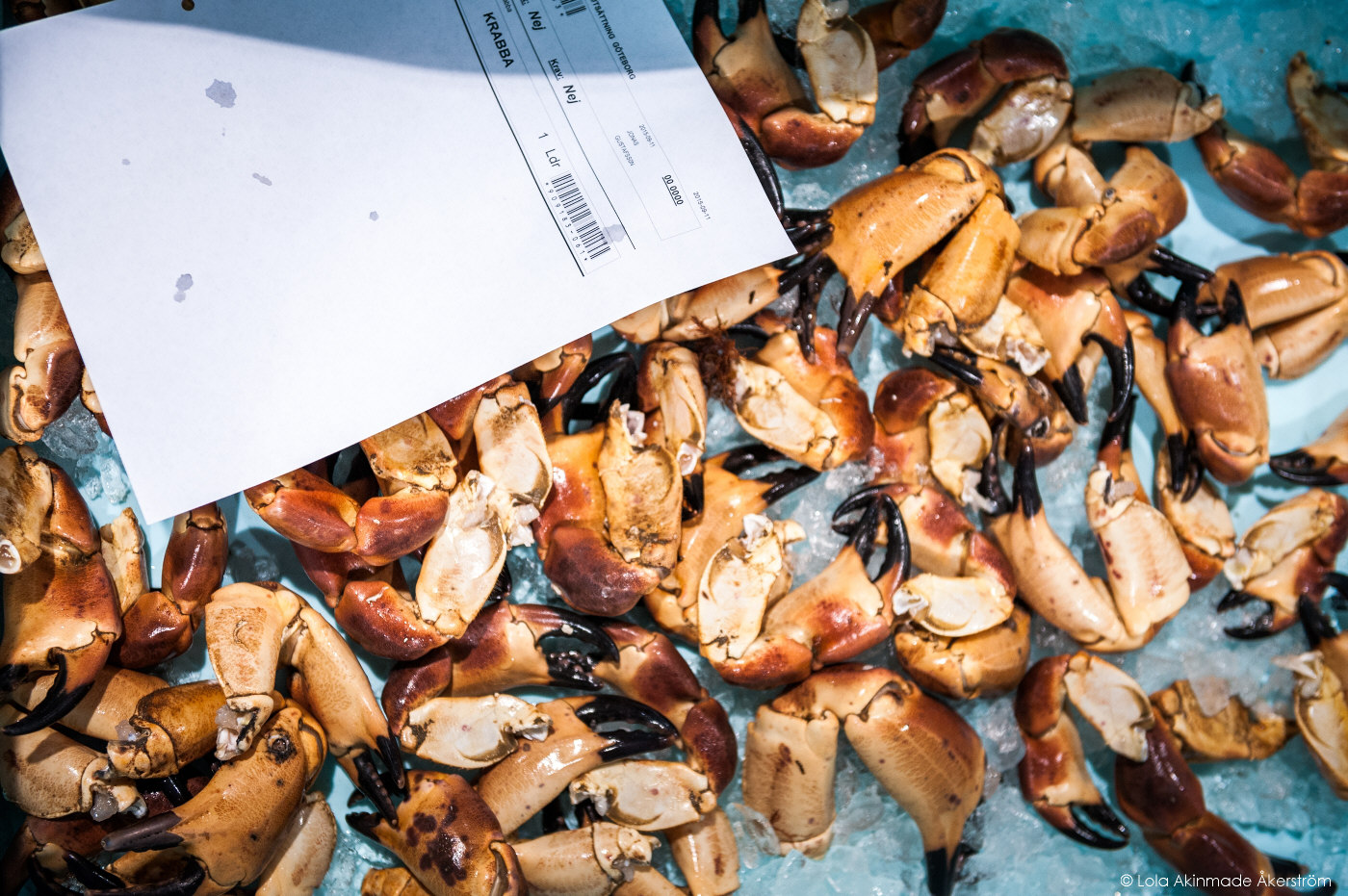 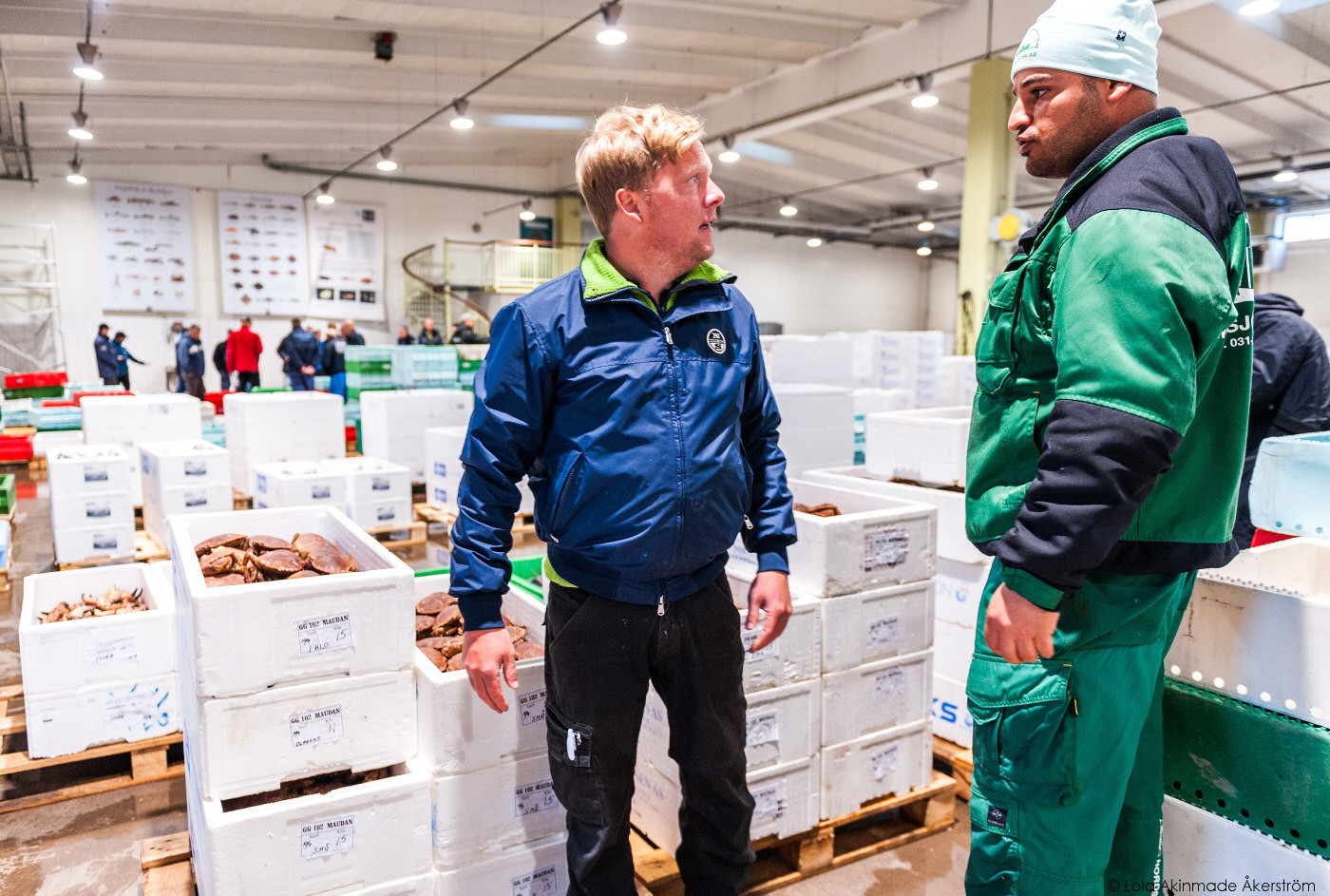 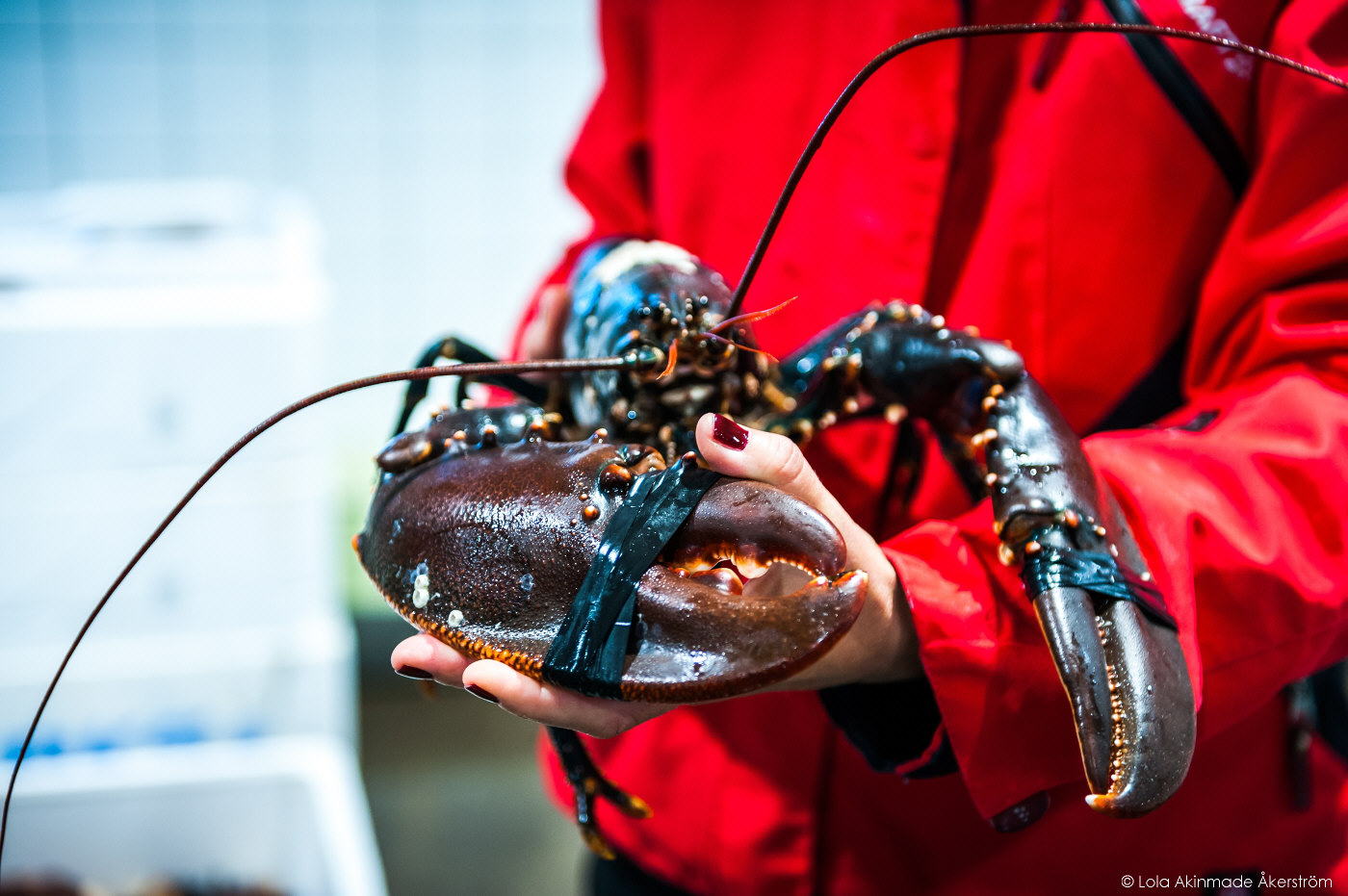 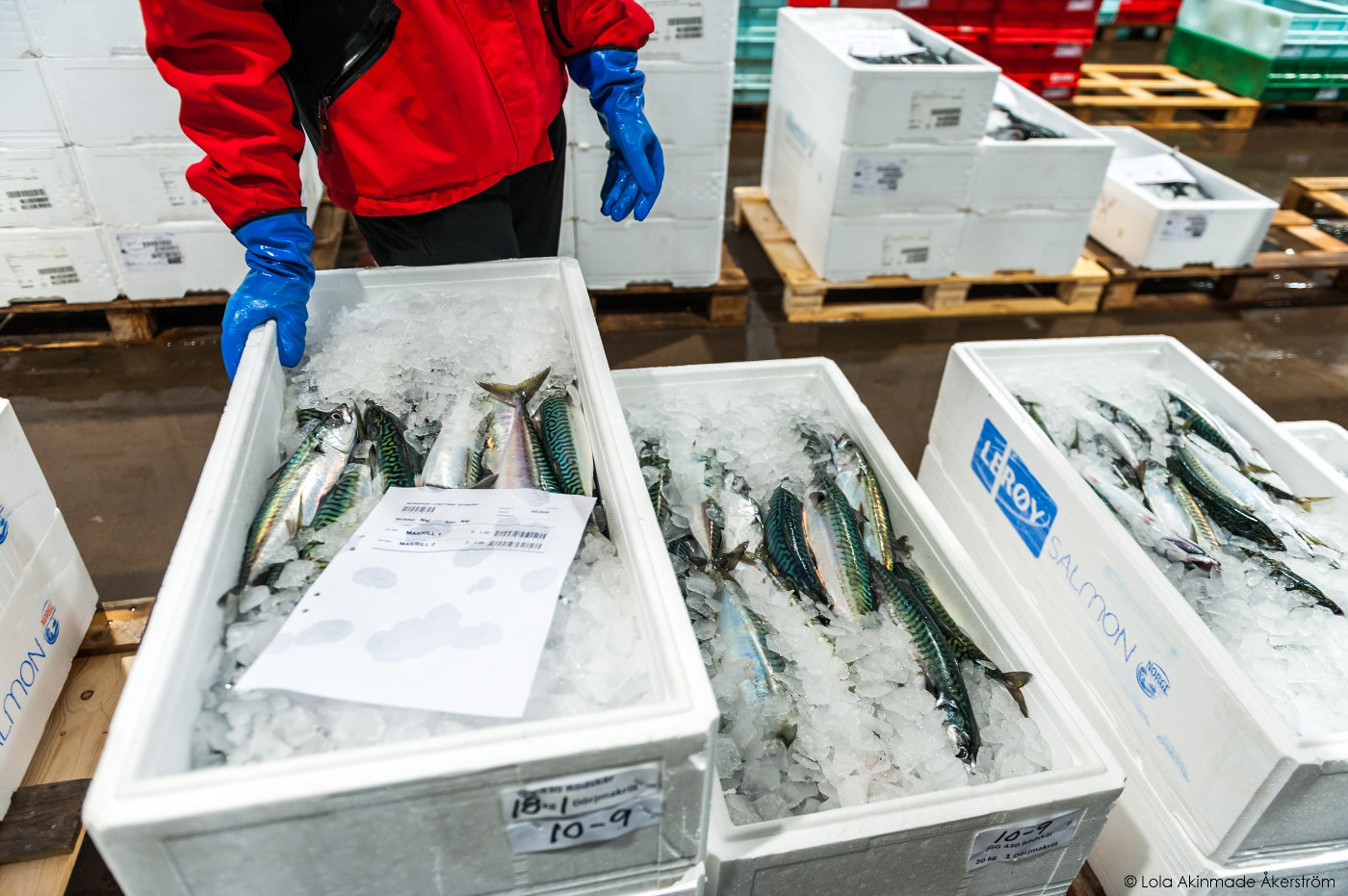 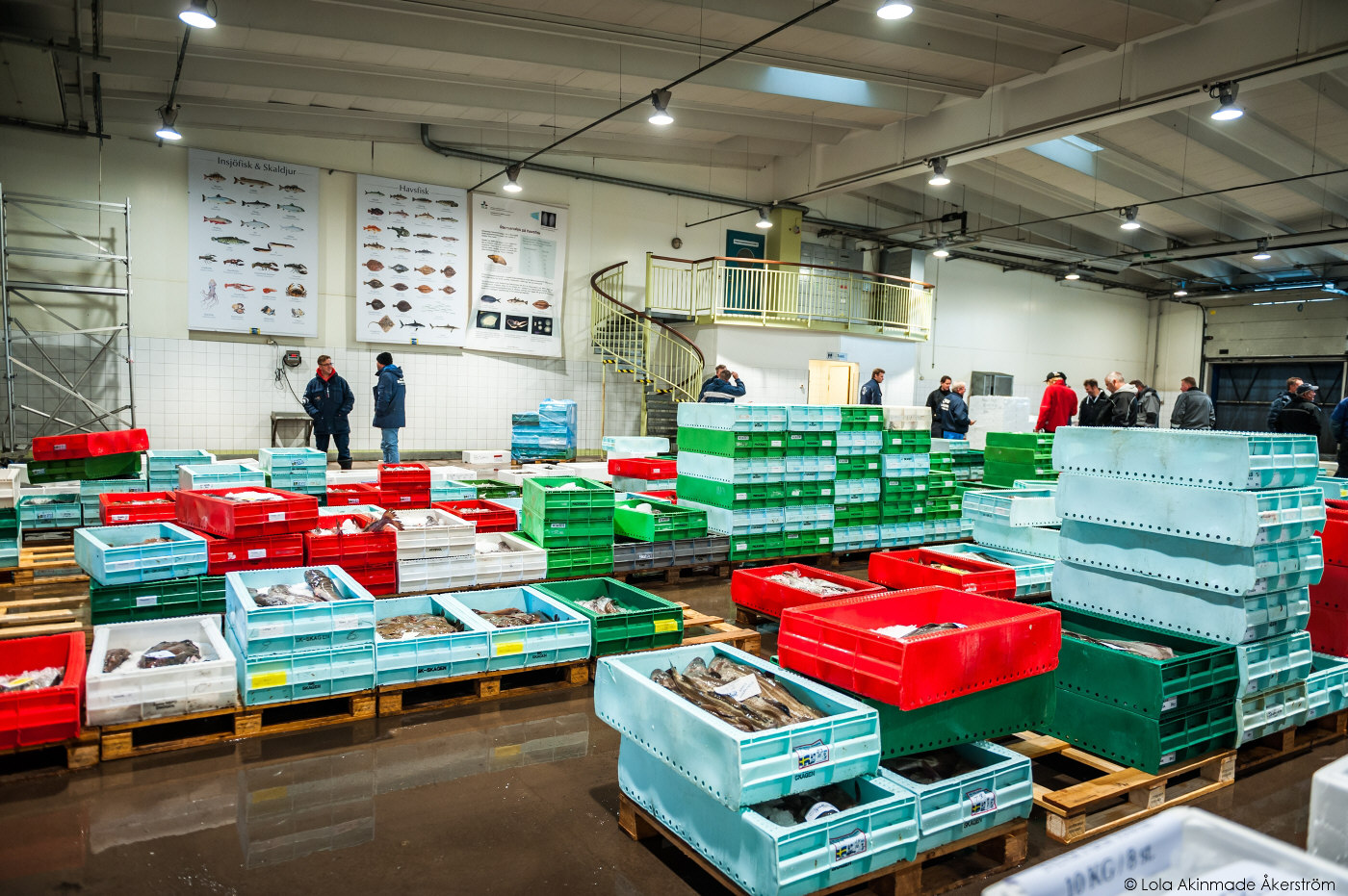 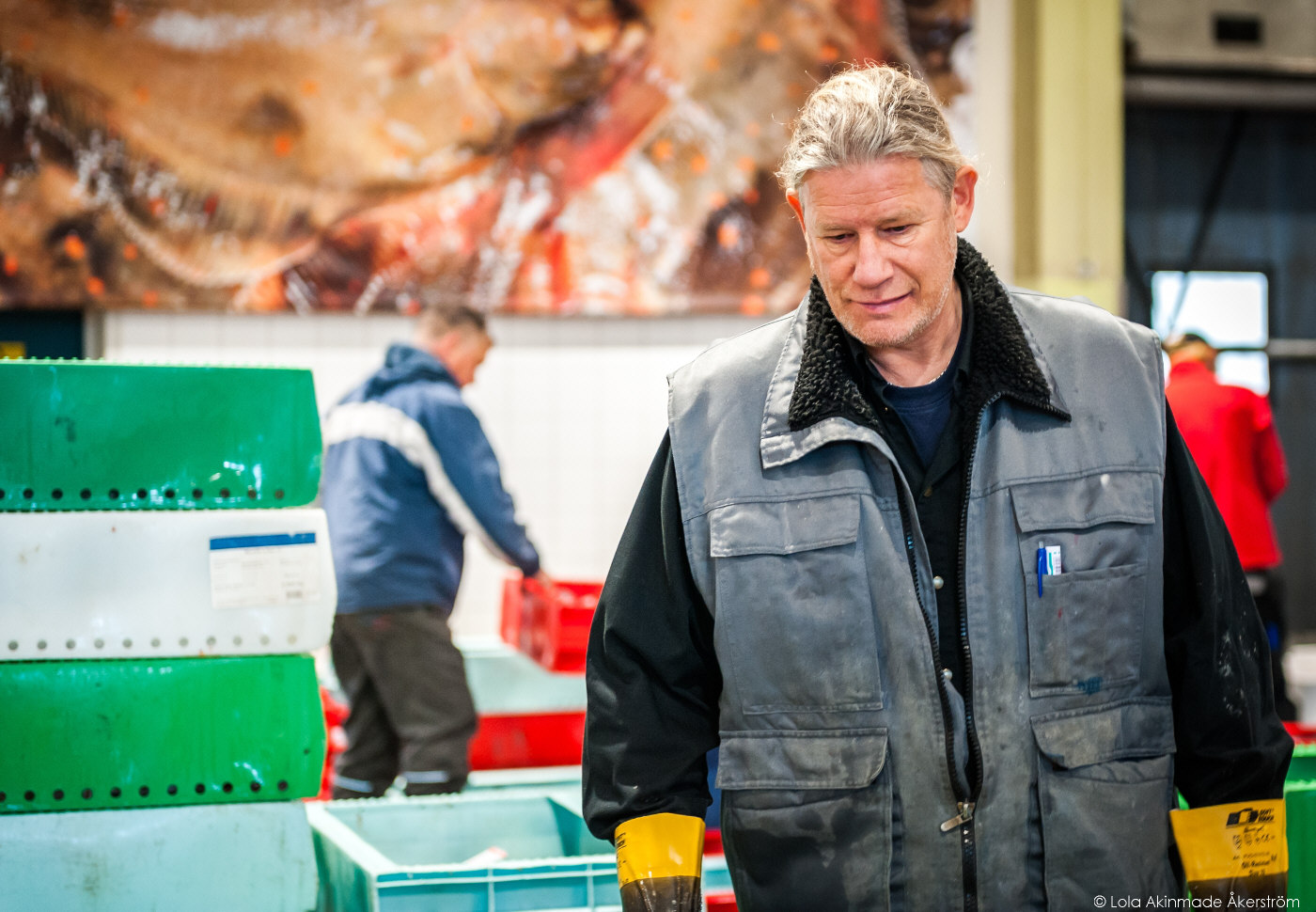 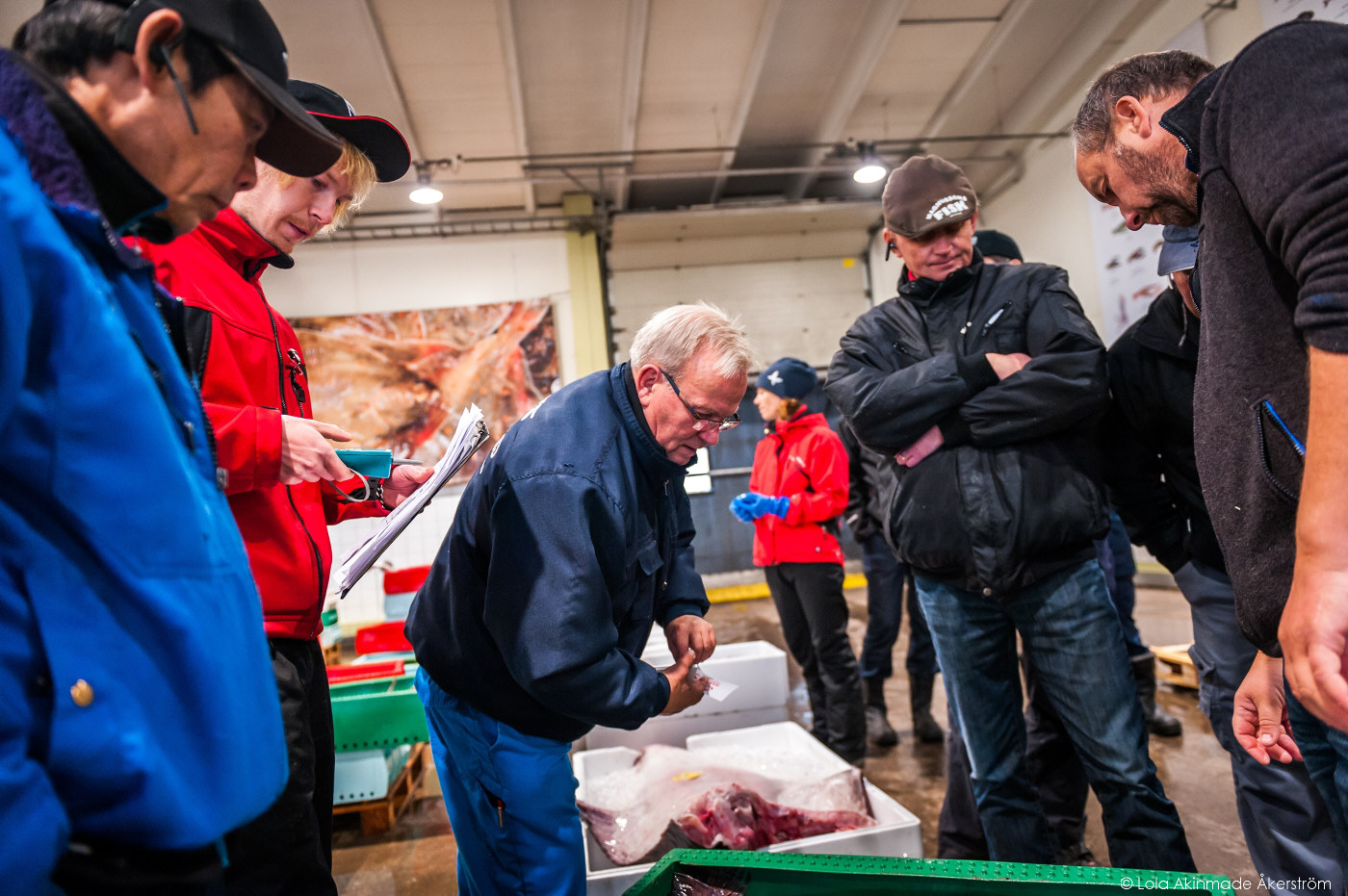 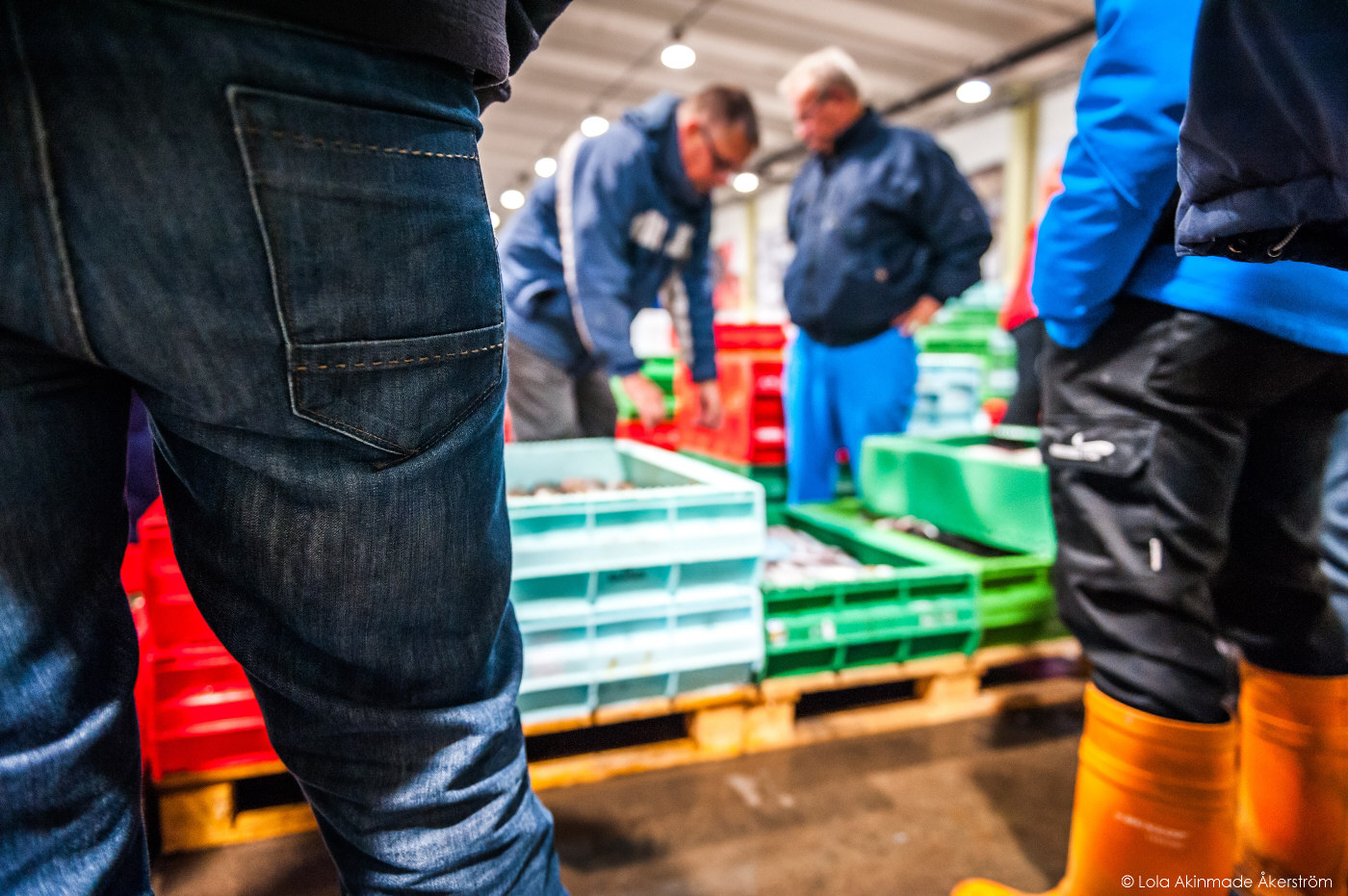 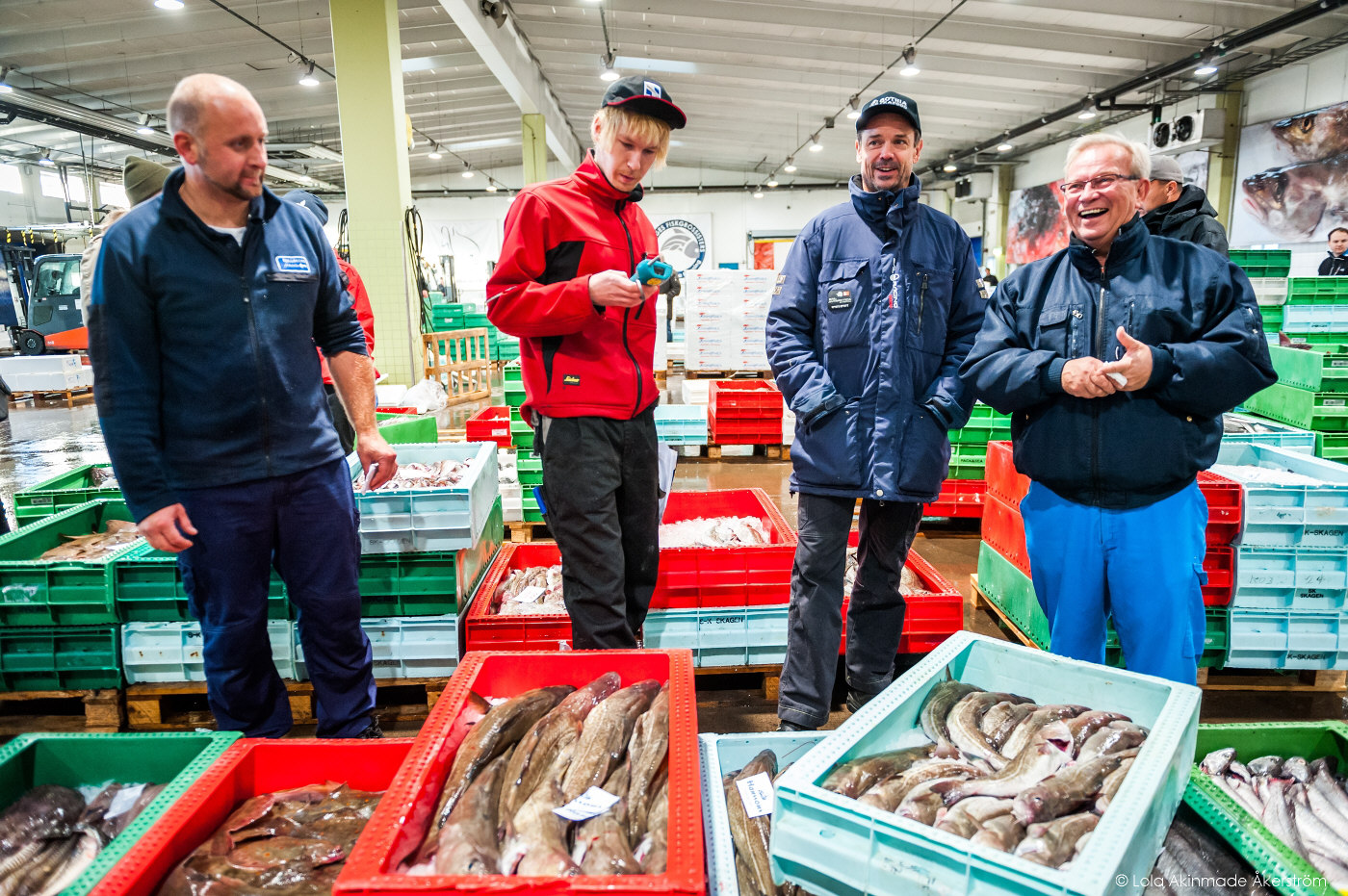 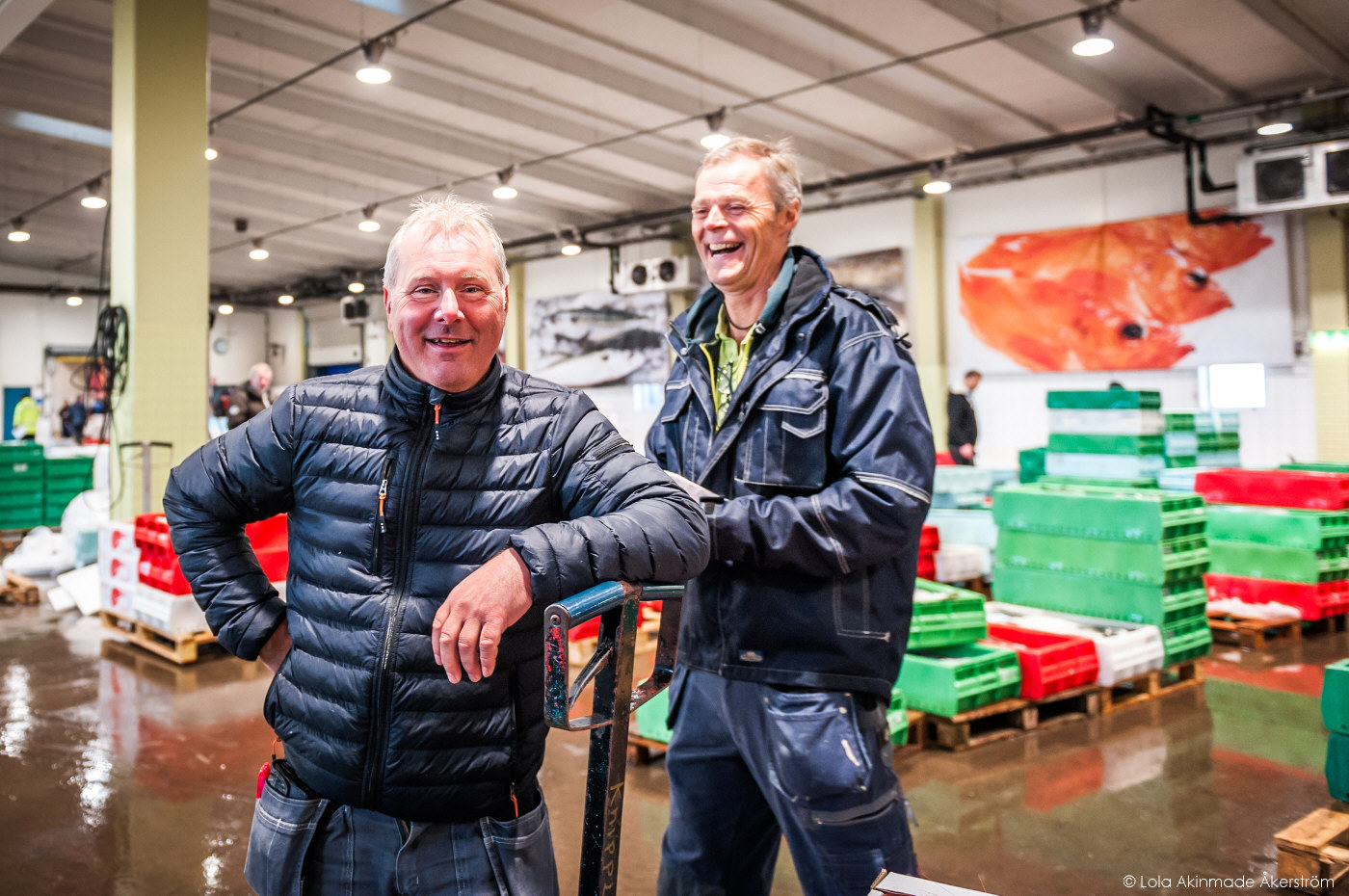 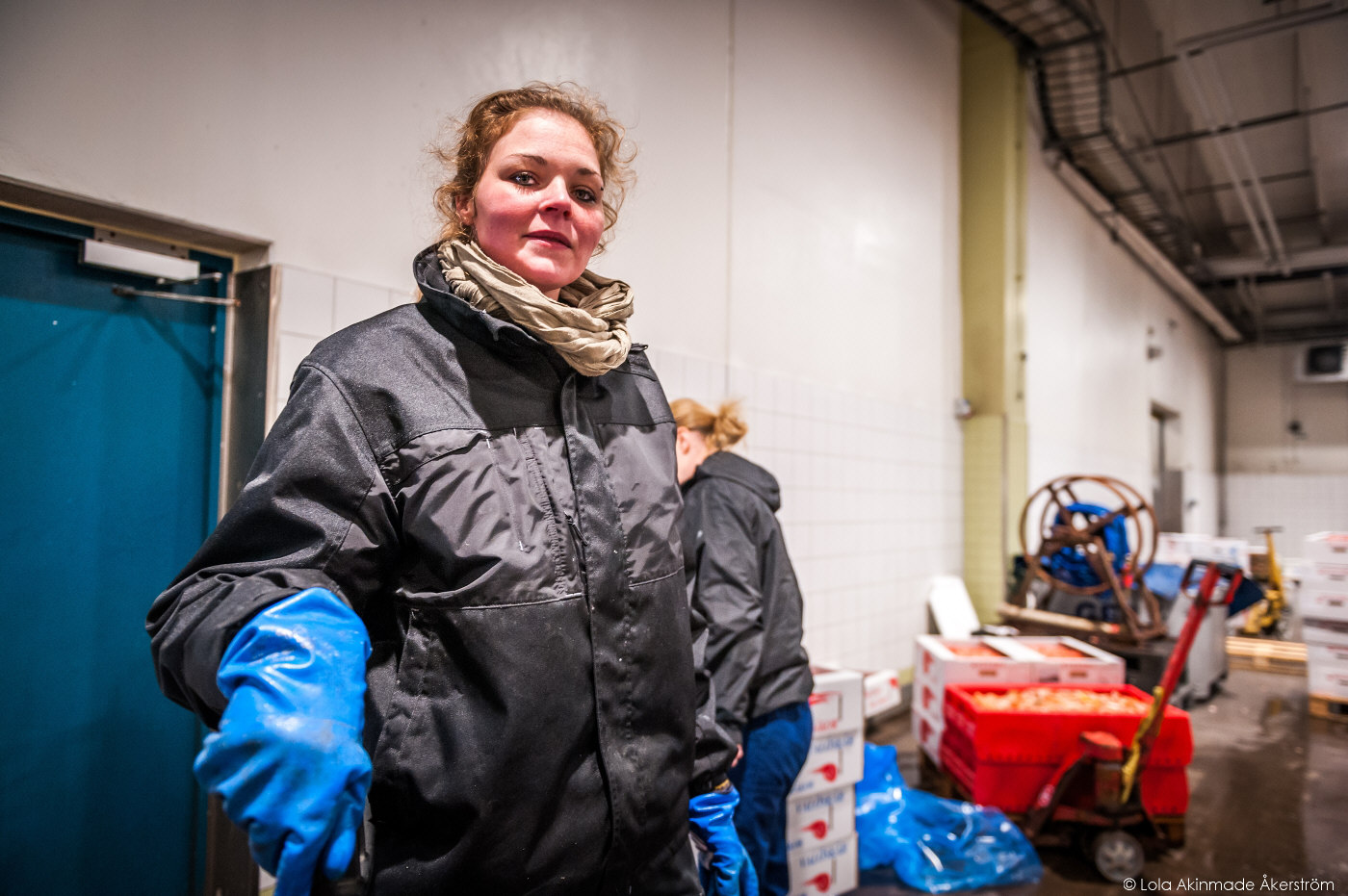 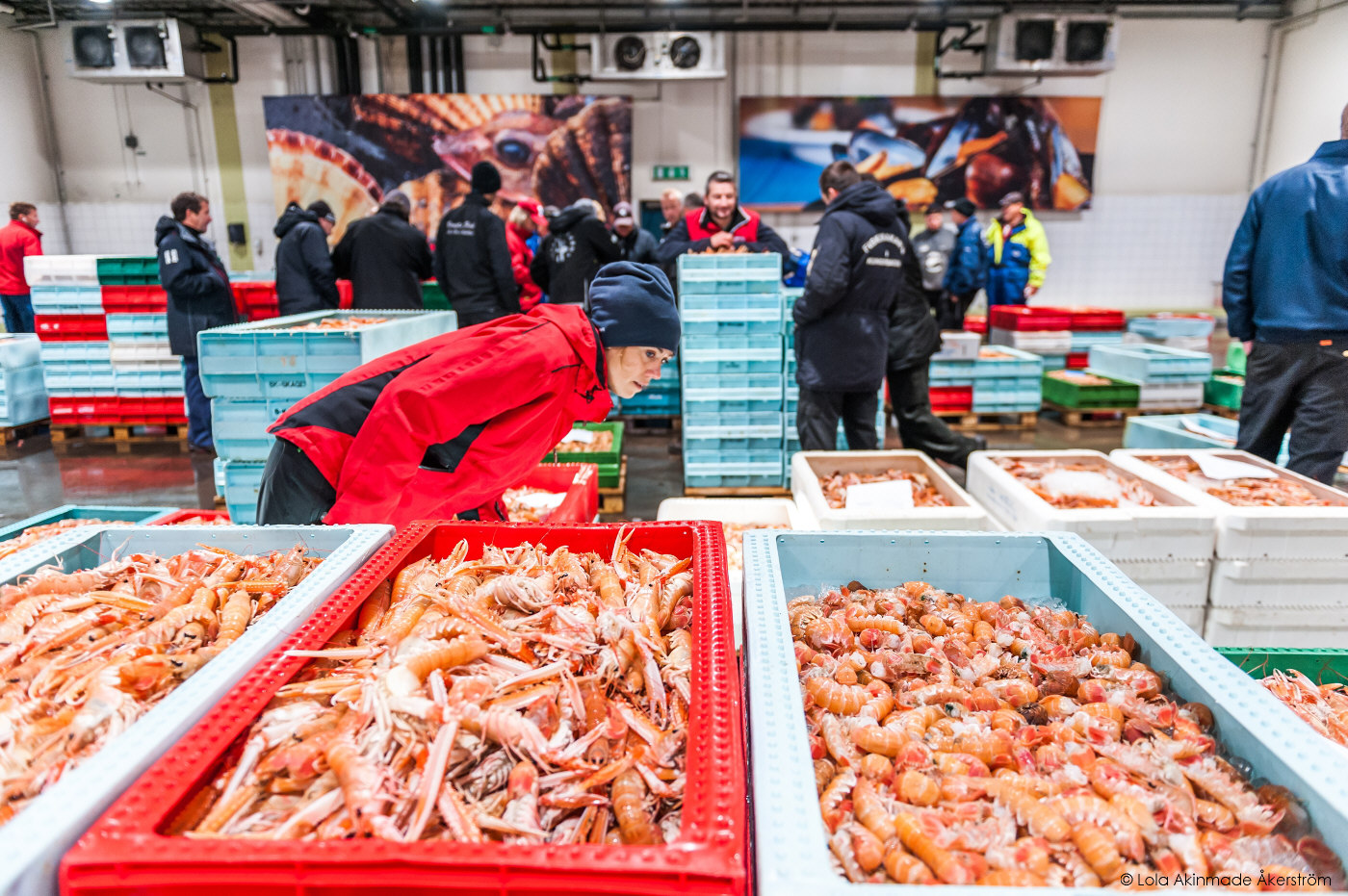 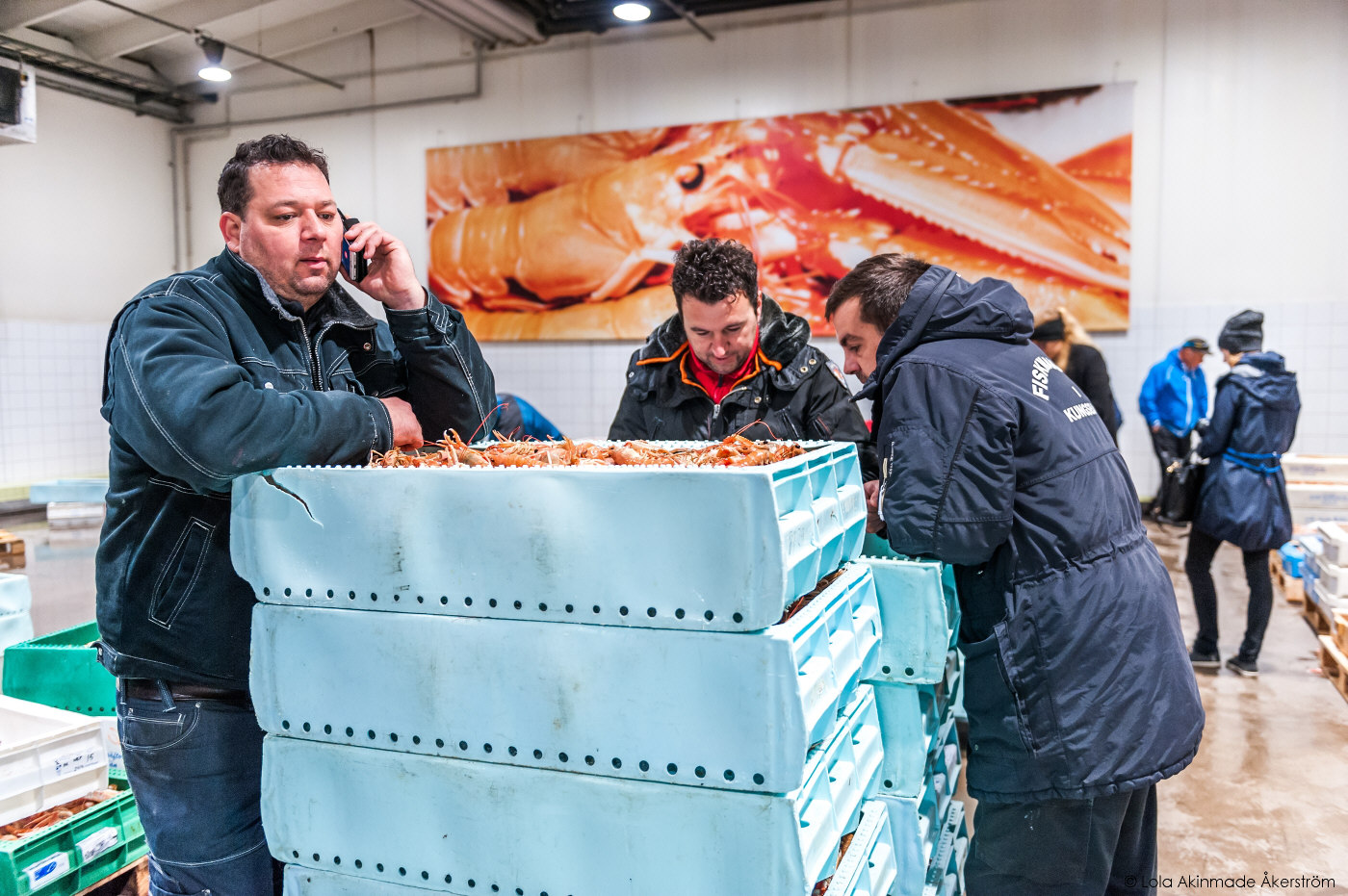 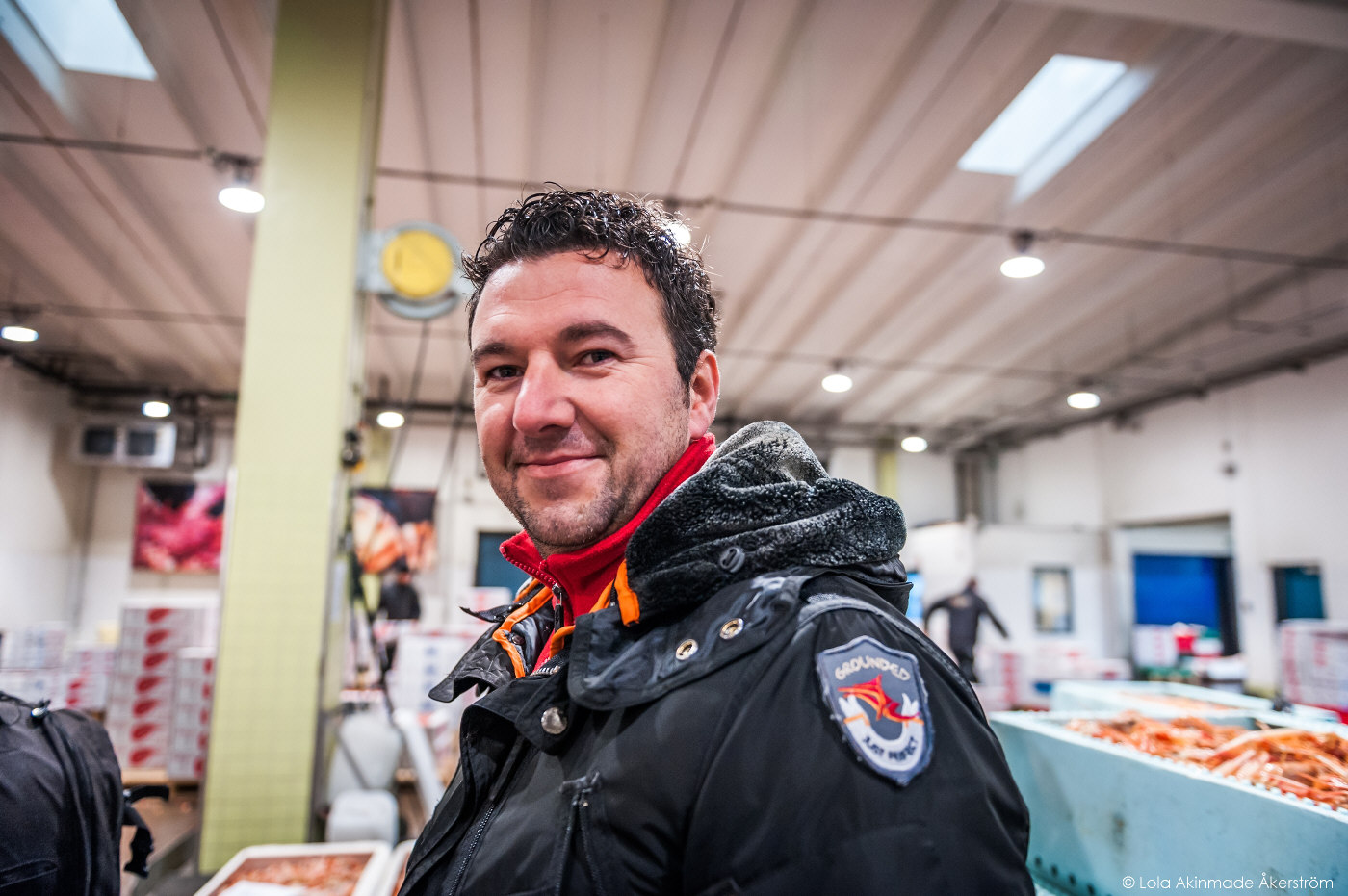 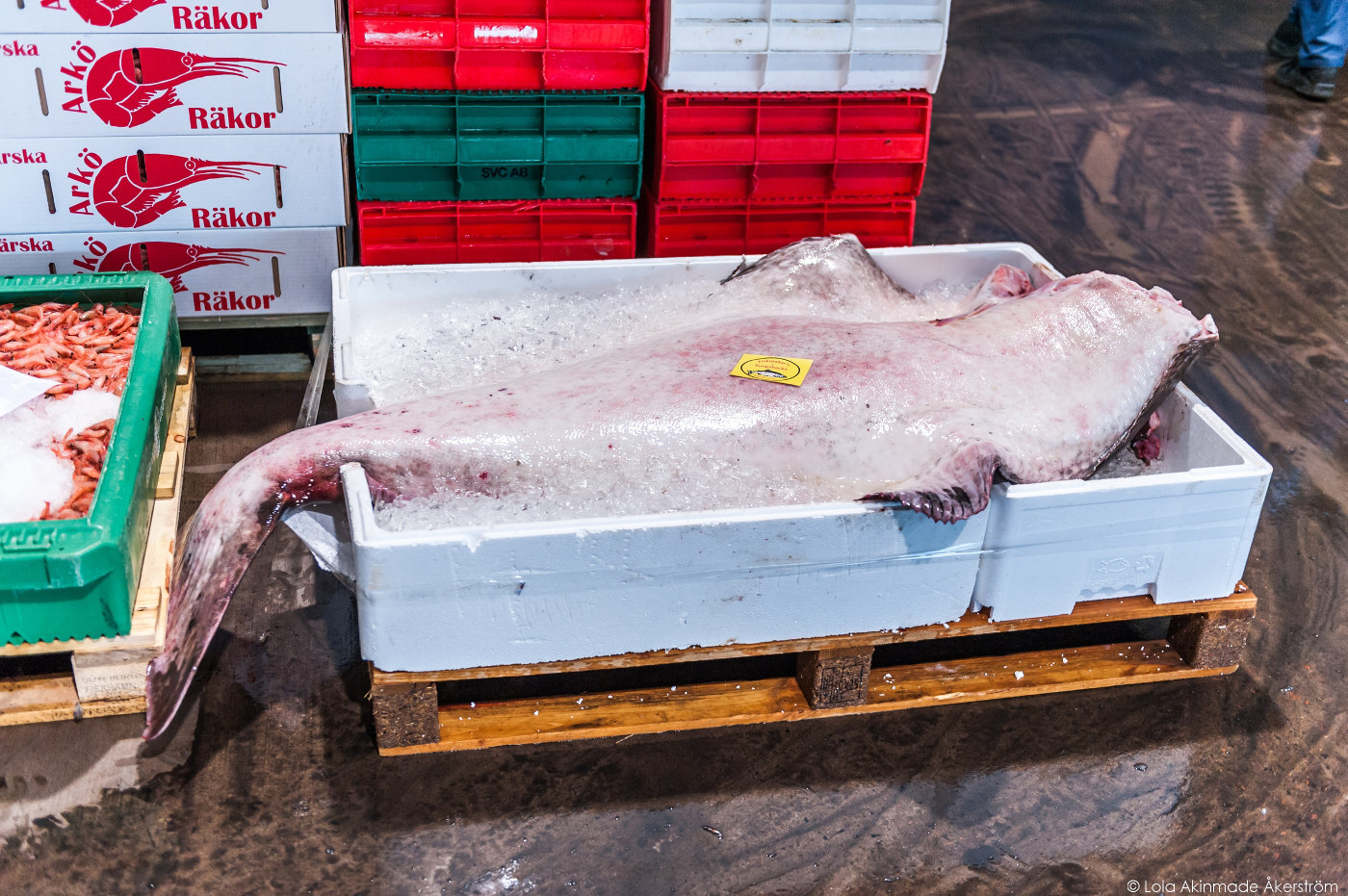 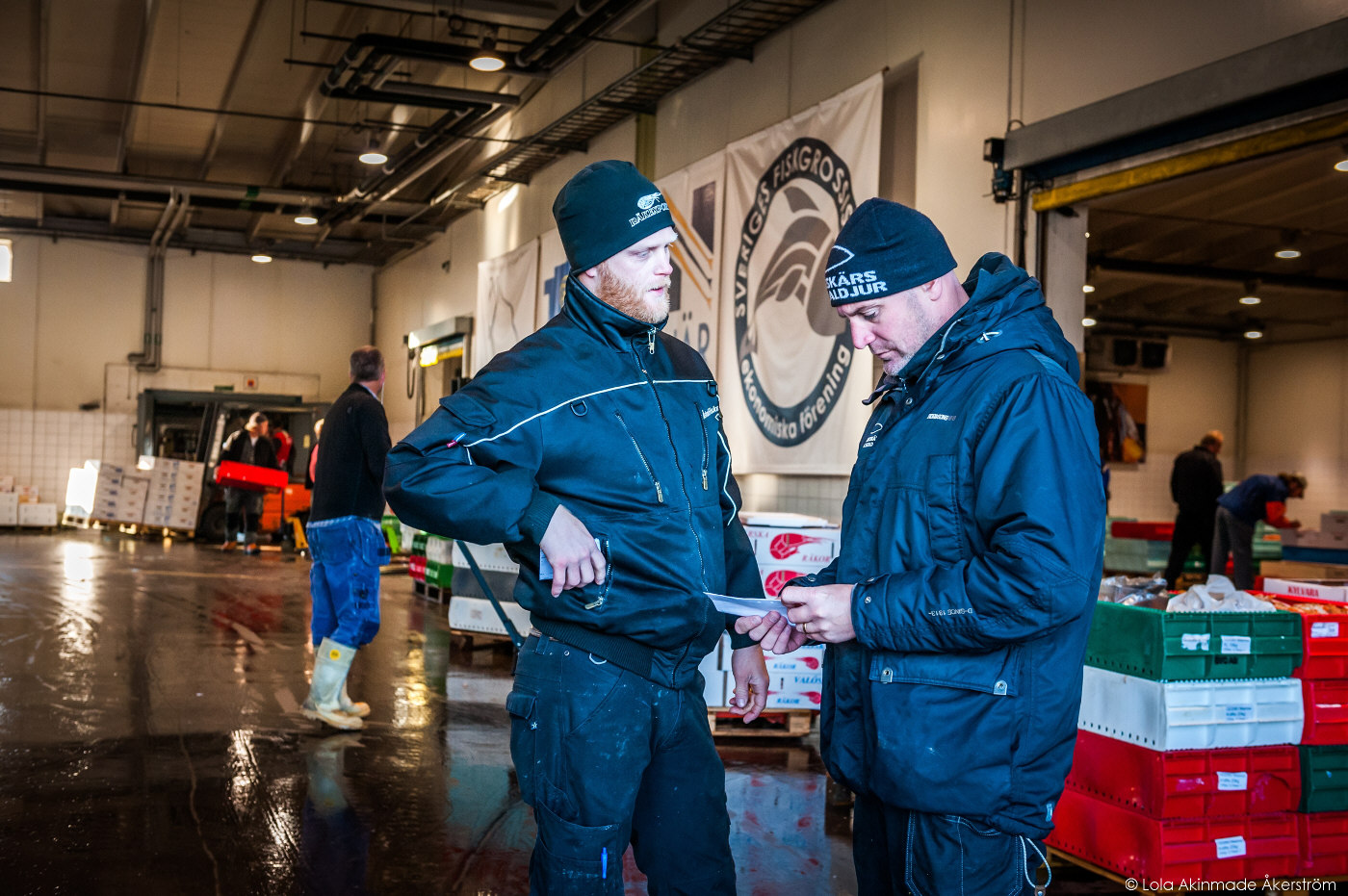 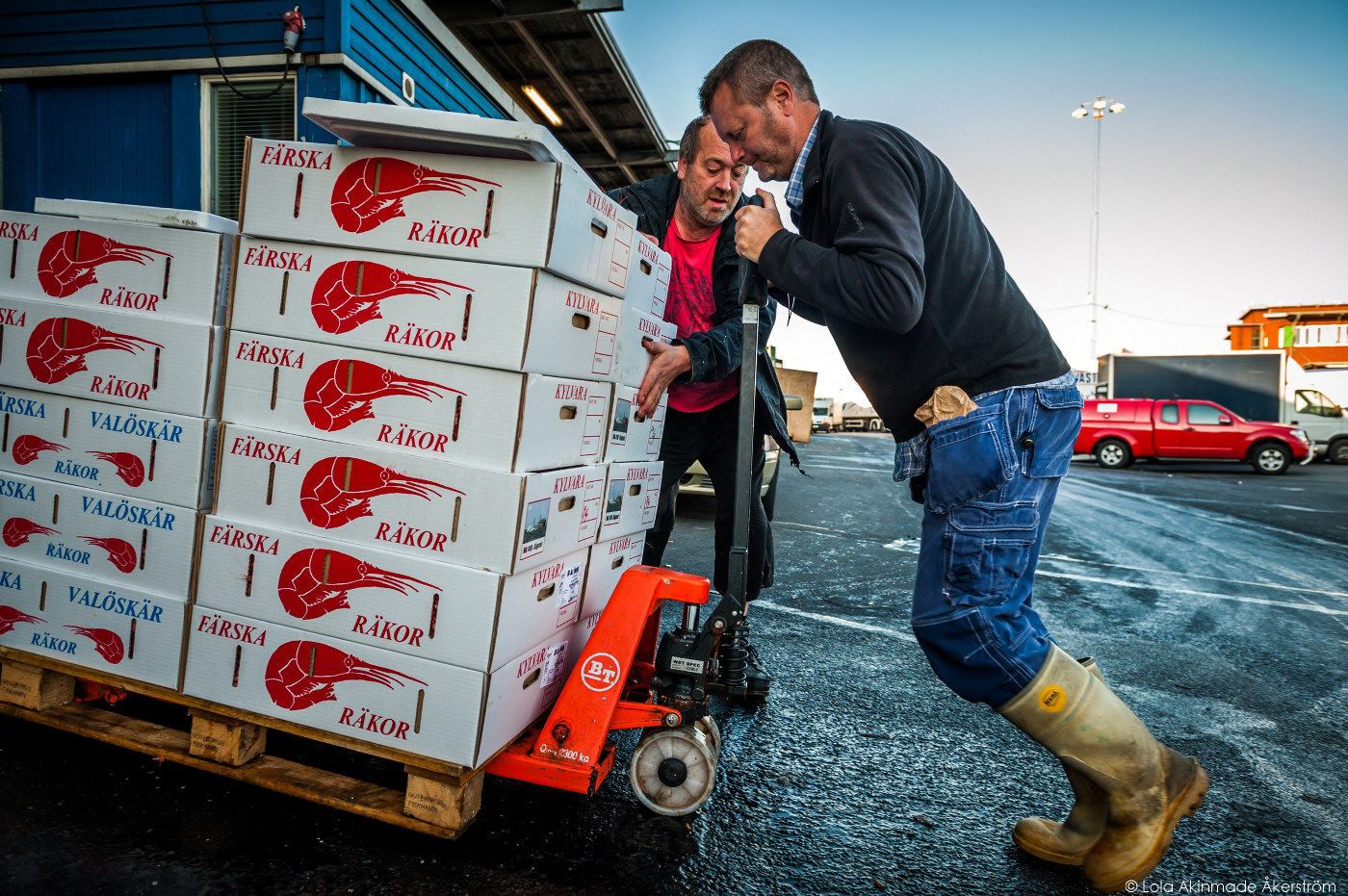 More on the Gothenburg Fish Auction

Many fishing boats choose to land their fish in their home port and then transport it overland to the auction. In the larger districts (Varberg, Rönnäng and Öckerö), fish is collected from the different boats and transported to the fish auction in a coordinated fashion.

The fish are cleaned, gutted if need, and iced already in transport, and by the time they dock or their truck arrives at the auction, there’s already a service in place to transport the fish without breaking their refrigeration chain to secure quality.

Most of the seafood sold at the auction go directly to wholesalers and fishmongers for further processing, and the next step involves distribution to stores, restaurants, schools, and international export. Only fresh Sweden-caught seafood are auctioned off. Imported species such as Norwegian salmon, Pangasius, hoki, tuna and other non-native species do not go to the fish auction but are imported directly by wholesalers for further distribution.

Anyone who buys fish at the auction must be registered as a buyer in the auction’s billing system. Individuals cannot buy directly from the auction, but must go through the fishmongers. The fish are sold with the help of a computer system with EAN codes used to label the boxes. The auctioneer then uses a hand scanner that transmits sales data directly to a sales center in the auction hall. When the buyer leaves the auction, he checks his purchases against the report to make sure they take the right number of boxes with them.

Most commercial species have a “minimum-price guarantee” which is controlled by the PO and the EU. It is estimated that the fishing industry in Sweden generates a first value of 1 billion Swedish kronor ($120 million).

Check out more stories in my Gothenburg Files and West Sweden Files, including more photos from the Gothenburg Fish Auction in my image bank.