It was an early morning start for me.

I took a long walk to the center of tiny Nuuk – Greenland’s pintsized capital – where I was going to meet Marc Carreras, a Spaniard from Barcelona who is married to a Dane and now calls Greenland home.

Marc worked as a CPA within the energy sector before moving to take travelers snowshoeing in Greenland. He is a certified outdoor guide and mountaineer, and runs Nuuk Adventure. His wife is a high school teacher and they both thrive in Greenland’s backcountry.

Marc was taking me snowshoeing in Greenland around the foothills of mountains that ringed Nuuk. We started trudging through knee-deep snow right away as the wind picked up again, growling and trashing all around us.

The wind started howling and trashing all around us, and my irrational fear of polar bears rushed up to the surface. I kept checking over my shoulders, looking to make sure nothing came running at us from behind.

He reassured me over a dozen times that the chances of us seeing a polar bear this south of the Arctic circle were slim to none and for the rest of our trek, I worried about the “slim” part.

The wind picked up to slapping gusts that had us covering our mouths with fleece gaiters and putting on snow goggles. We pressed on against the bite. A few missteps and I was thigh-deep, trying to dig myself out with a heavy backpack on. Marc helped dig me out. We laughed about my clumsiness. That moment became a landmark etched on my map.

About an hour in, we paused by a rock to take a quick break and have some hot chocolate with our backs turned against the lashing winds

My grey dot which was initially sitting over Greenland was slowly warming up to a light shade of red. I was experiencing both its splendor and its punishing weather with another soul right by my side. I needed an overflow to someone else because Greenland really is too emotionally overpowering to explore it alone.

I’ve always been a solo traveller. Even now with a brood of my own, I still enjoy those moments when I steal away on my own. But as we hiked up higher and higher, snowshoeing in the storm re-inspired my sense of wanderlust in a whole new way. I didn’t want to bear witness alone.

From our vantage point, the views of Nuuk’s colourful buildings standing like apparitions in the mist were surreal as dense thickness of the snowstorms and the whiteness began to lift.

“You can see why I love living here,” Marc interjected. He’d left the warmth of Spain years ago to find a different kind of warmth here in the wilds of Greenland.

Visibility at the top of the mountain was near zero at this point, so we turned around and made our way back down again.

You can read more about my experience in the country including snowshoeing in Greenland called “Going the Way of the Qivittoq” over on Panorama Journal. 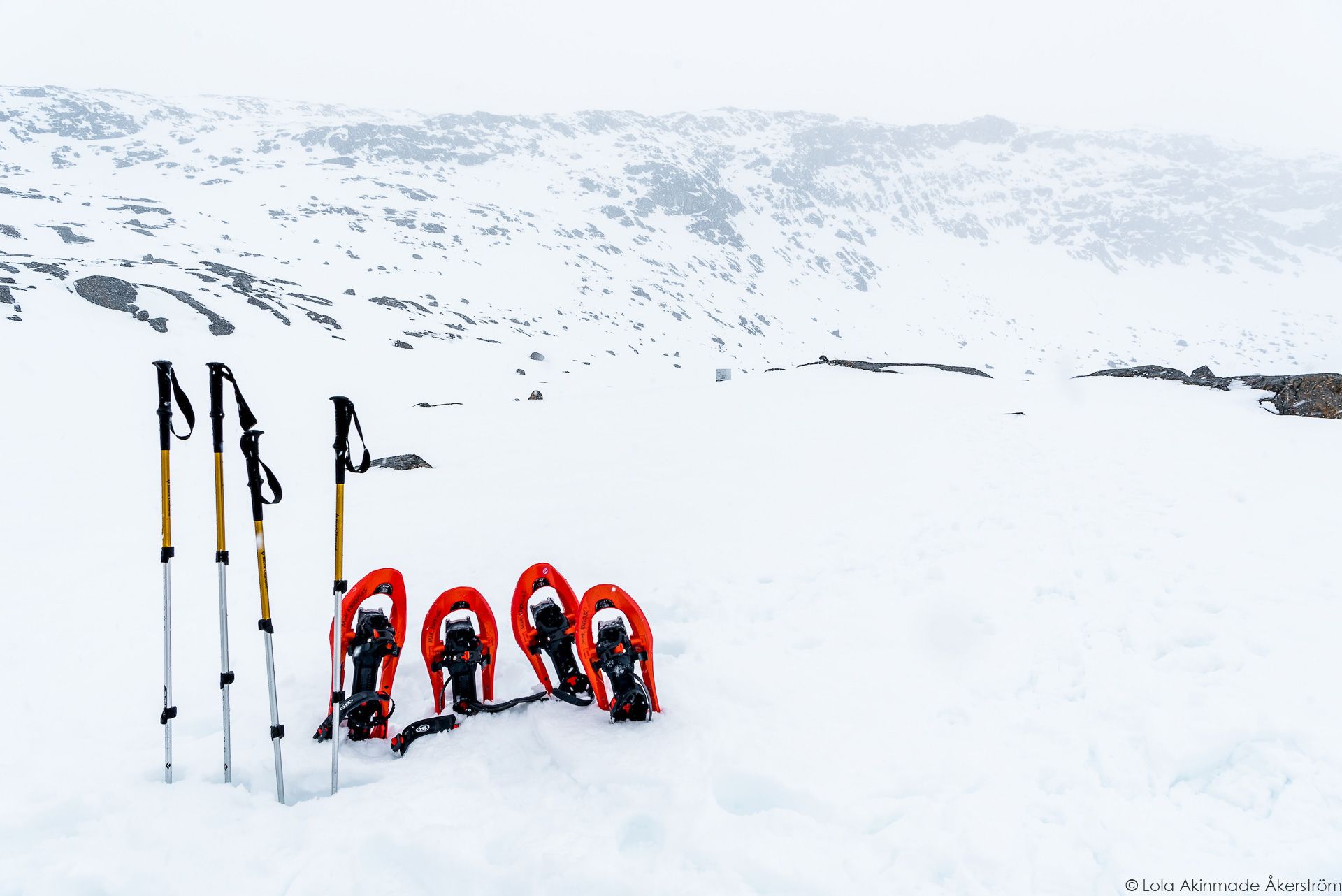 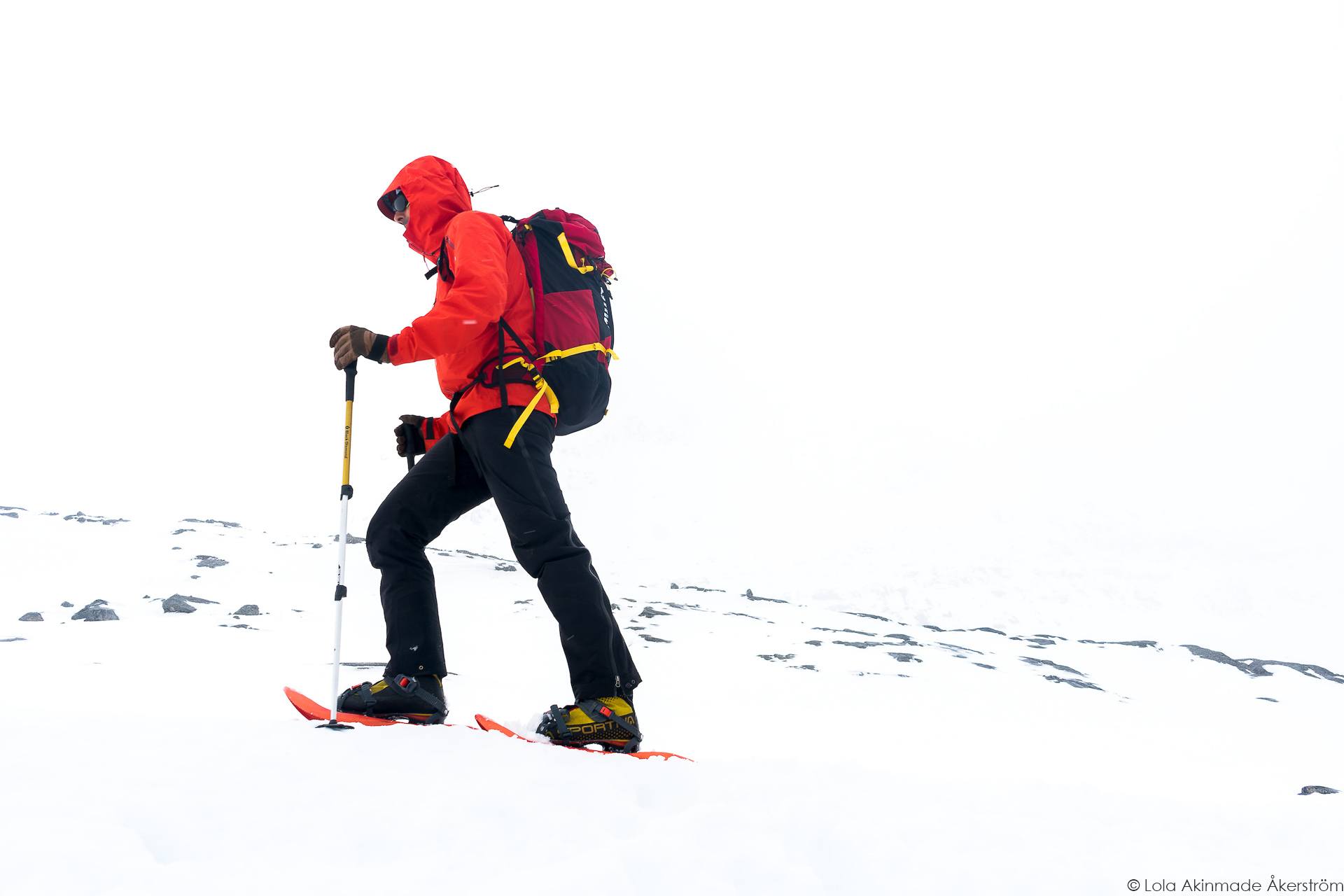 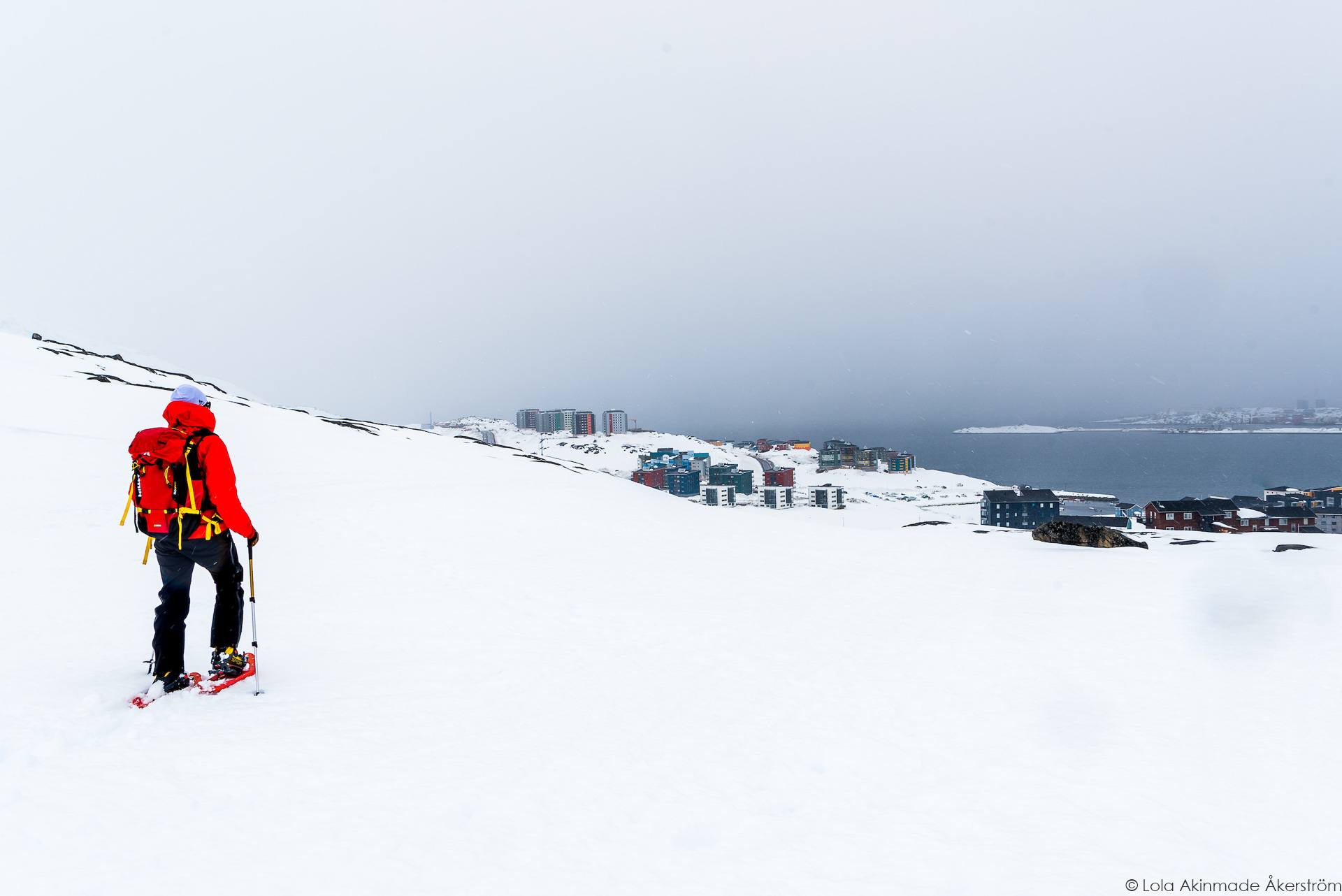 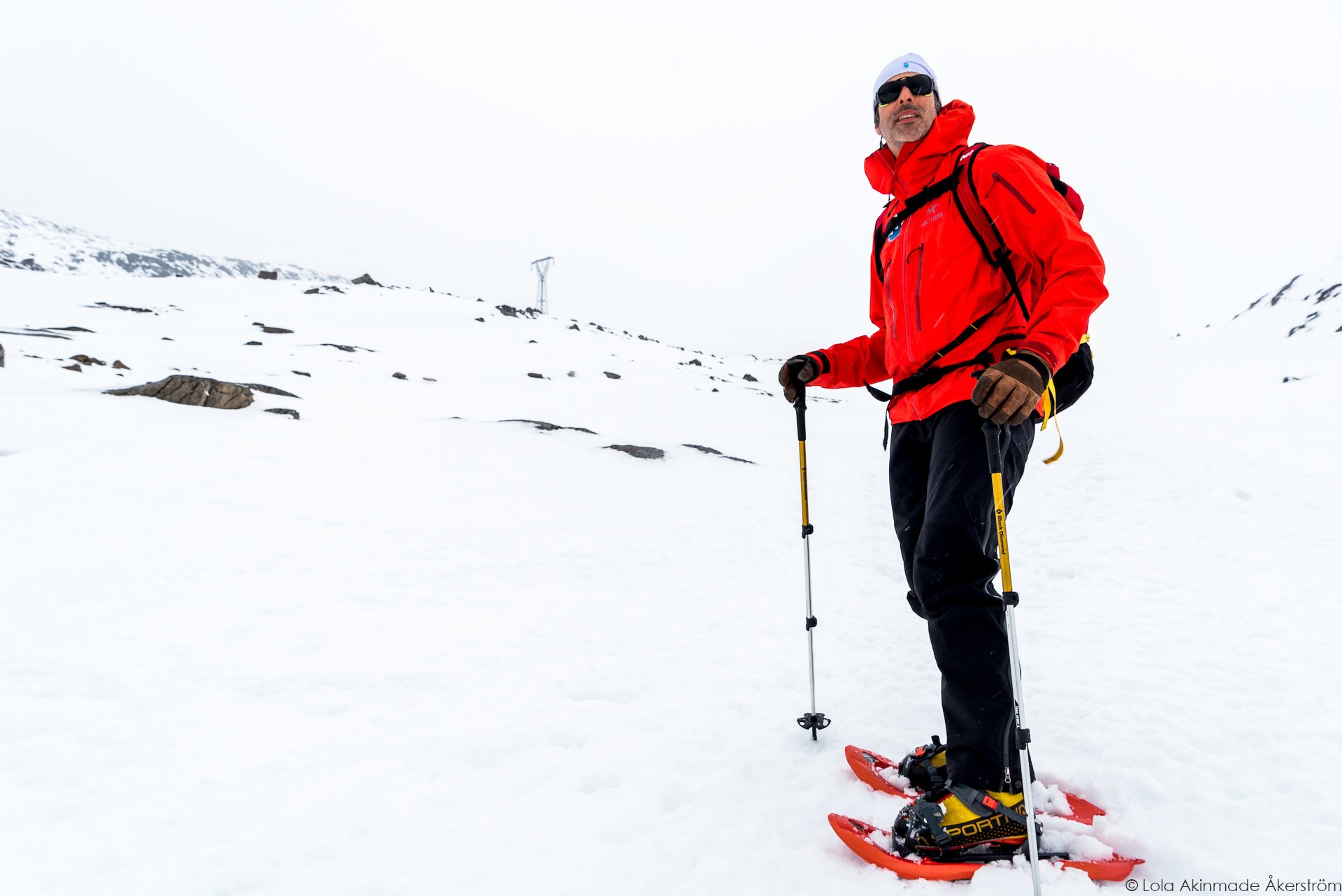 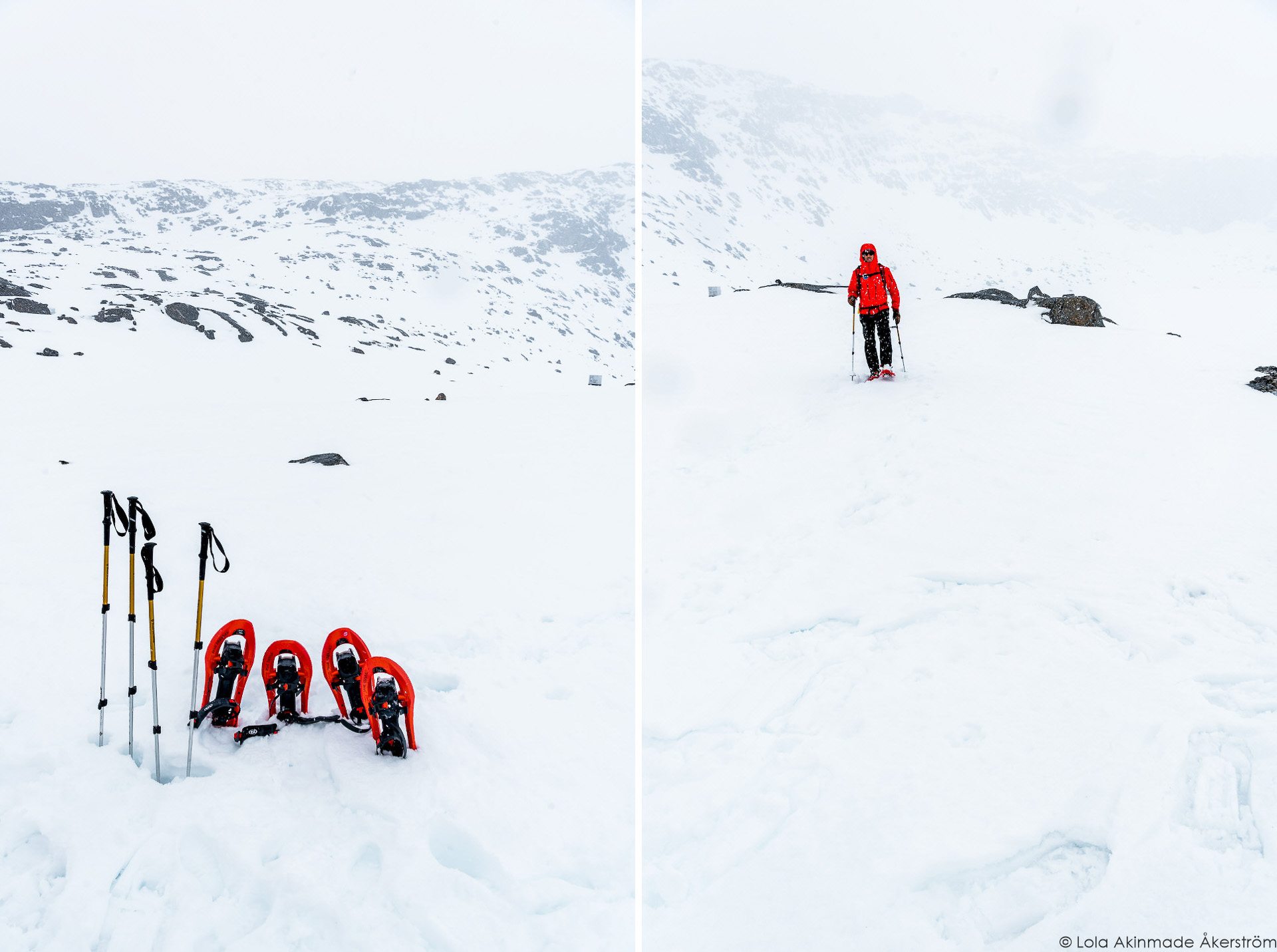 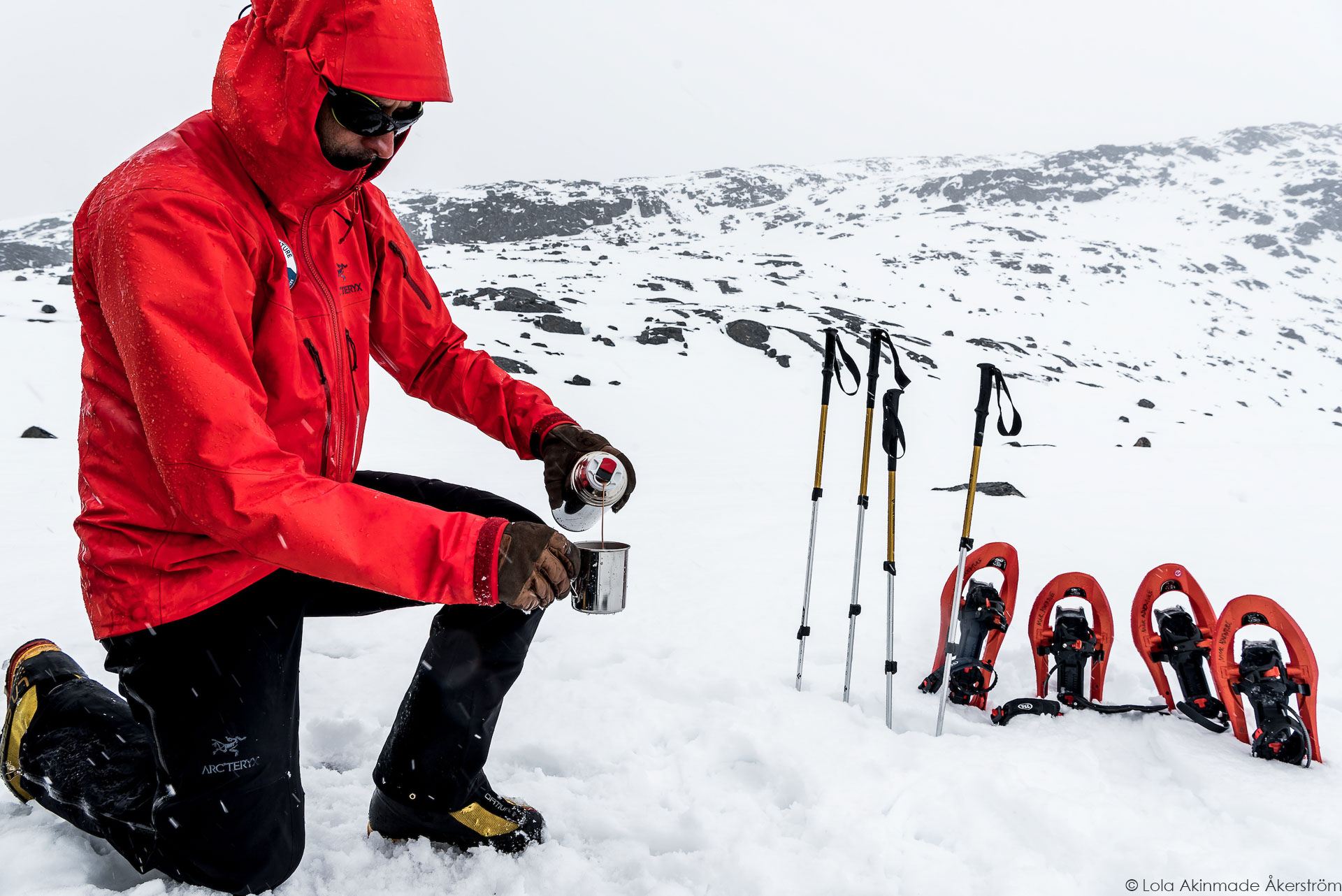 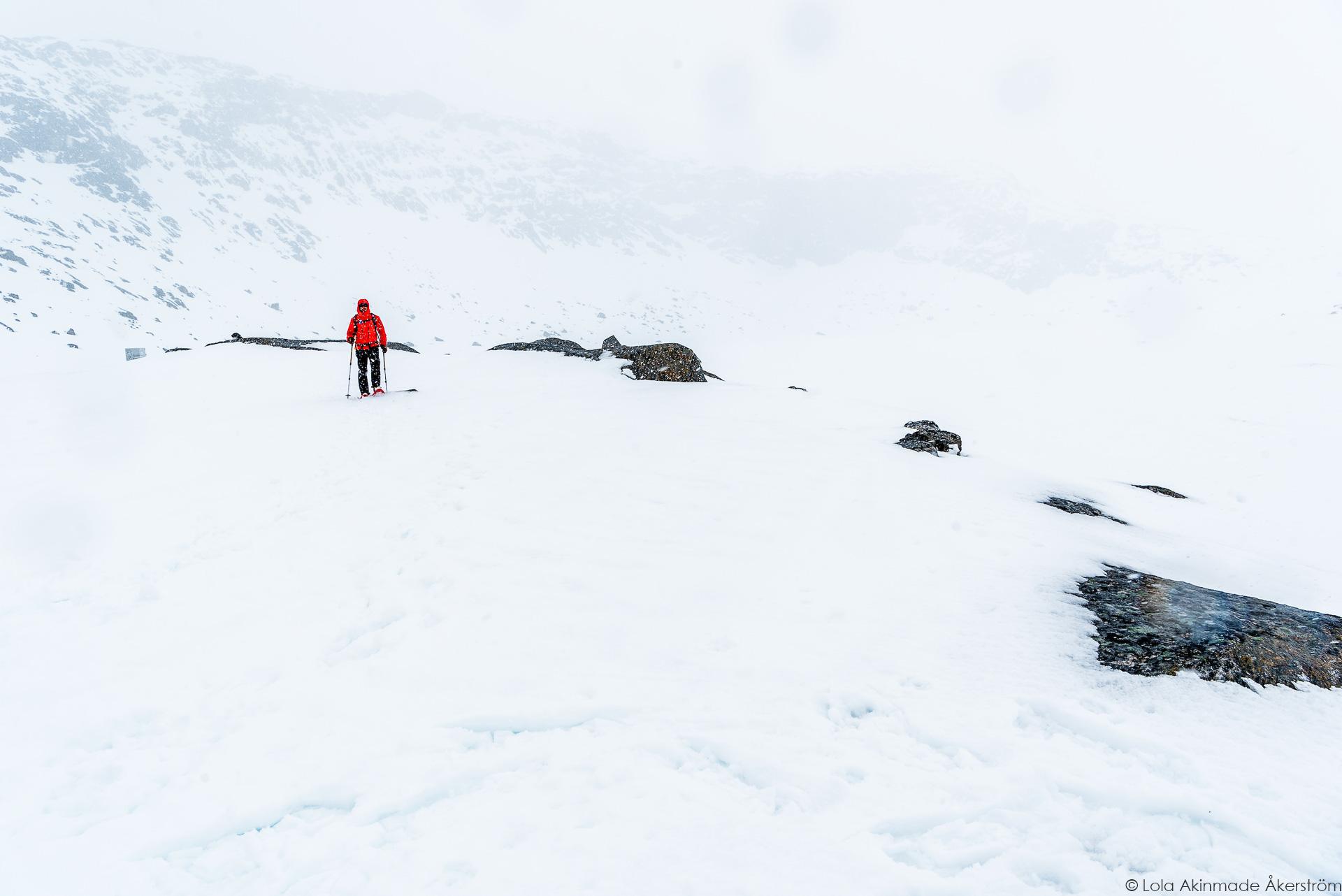 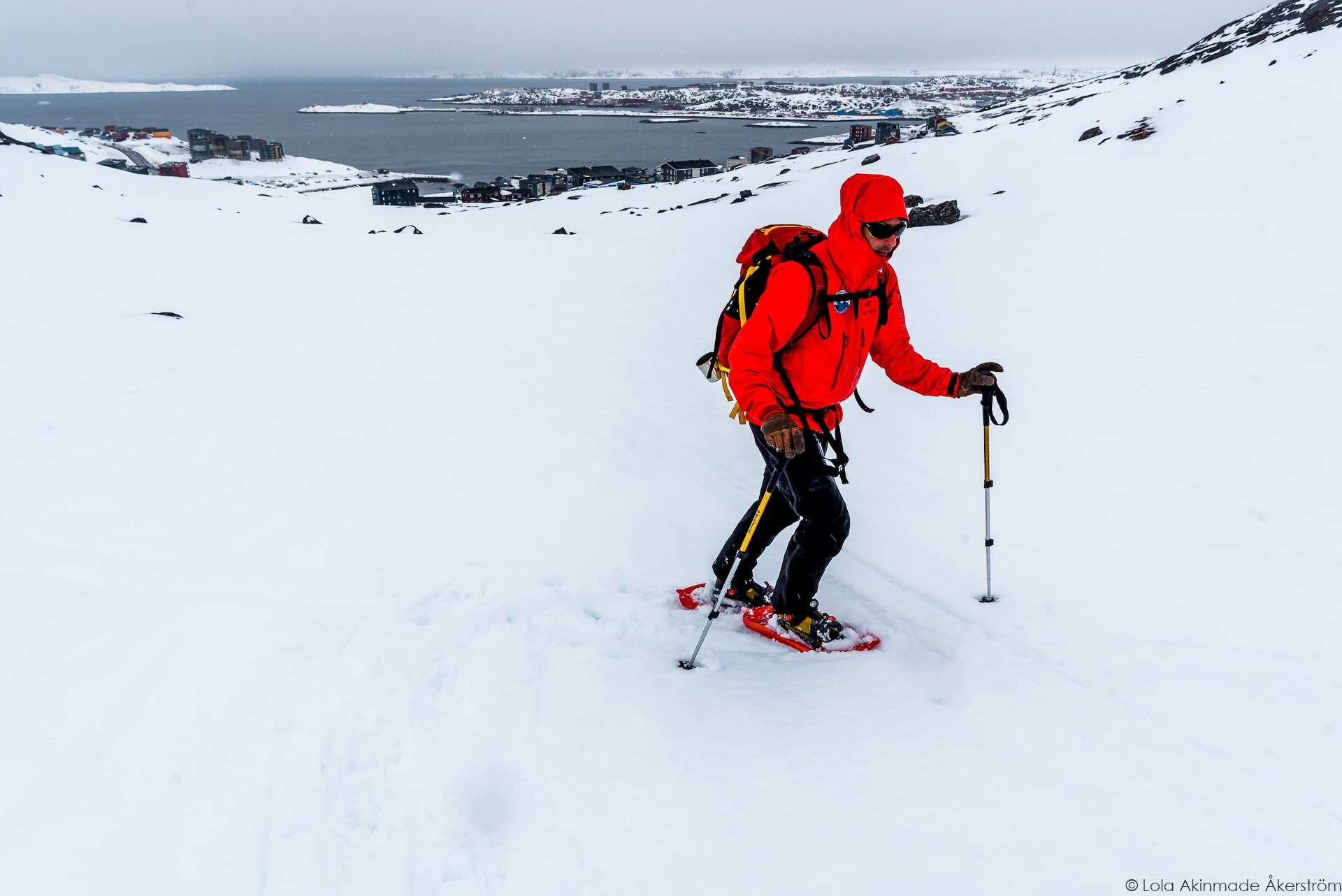 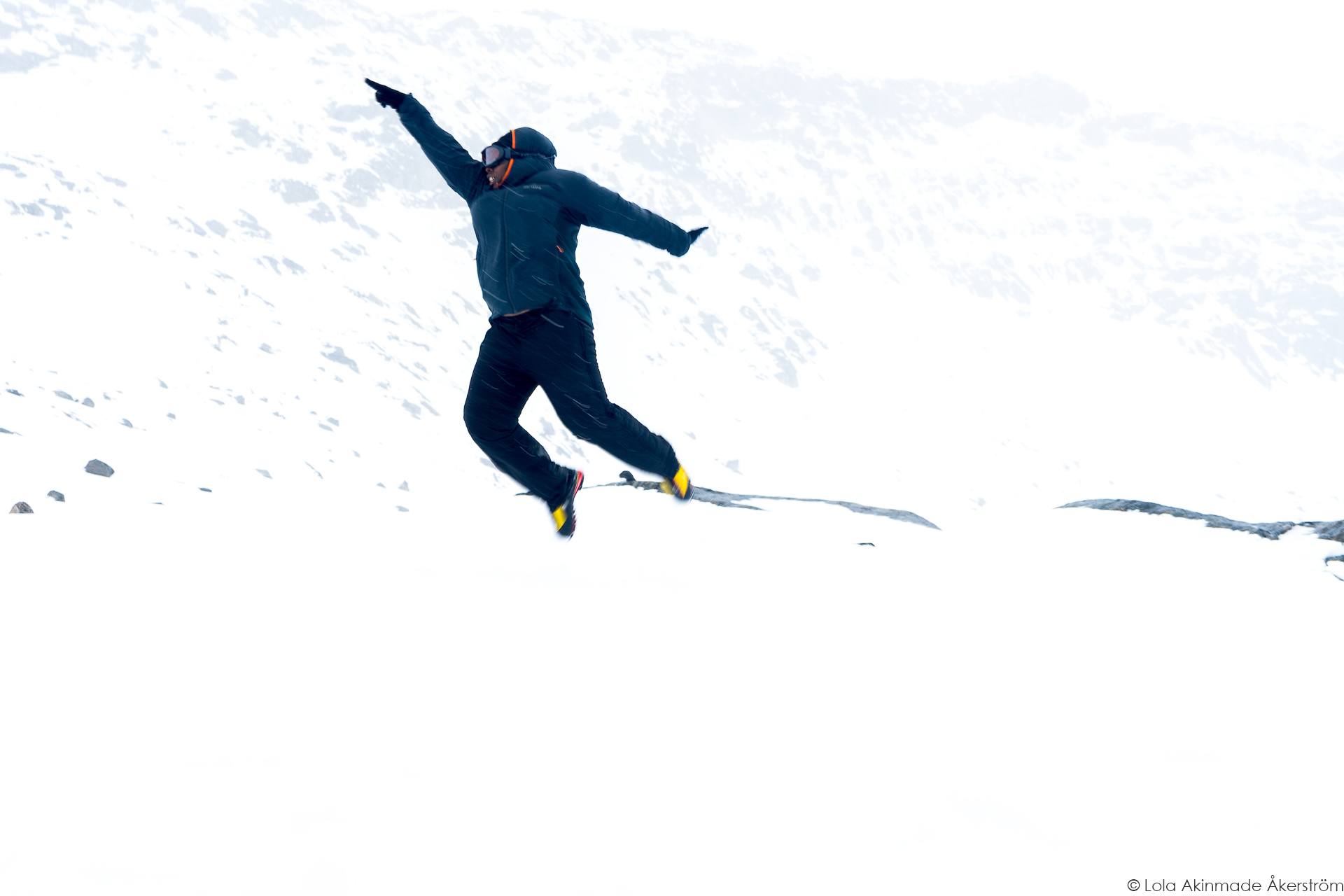