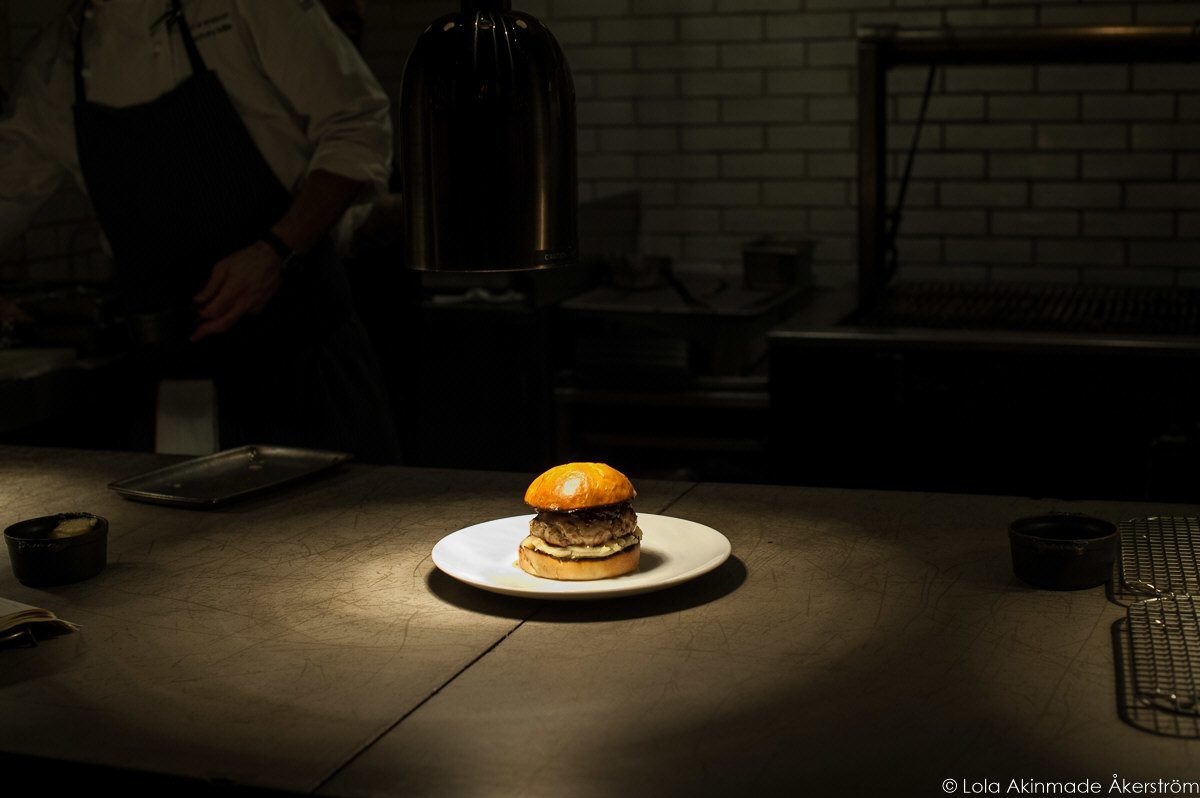 We all love to photograph food.

And as much as we try not to share whatever it is we’re eating all the time, the temptation is often too great. We arrange cutlery around our plate, move half-drunk glasses into or out of the frame, close our notebooks and strategically place a pen or pencil across it. Maybe throw in that mirrorless camera or a map or something else within the frame.

And then we shoot directly from above. A bird’s eye view of our food. 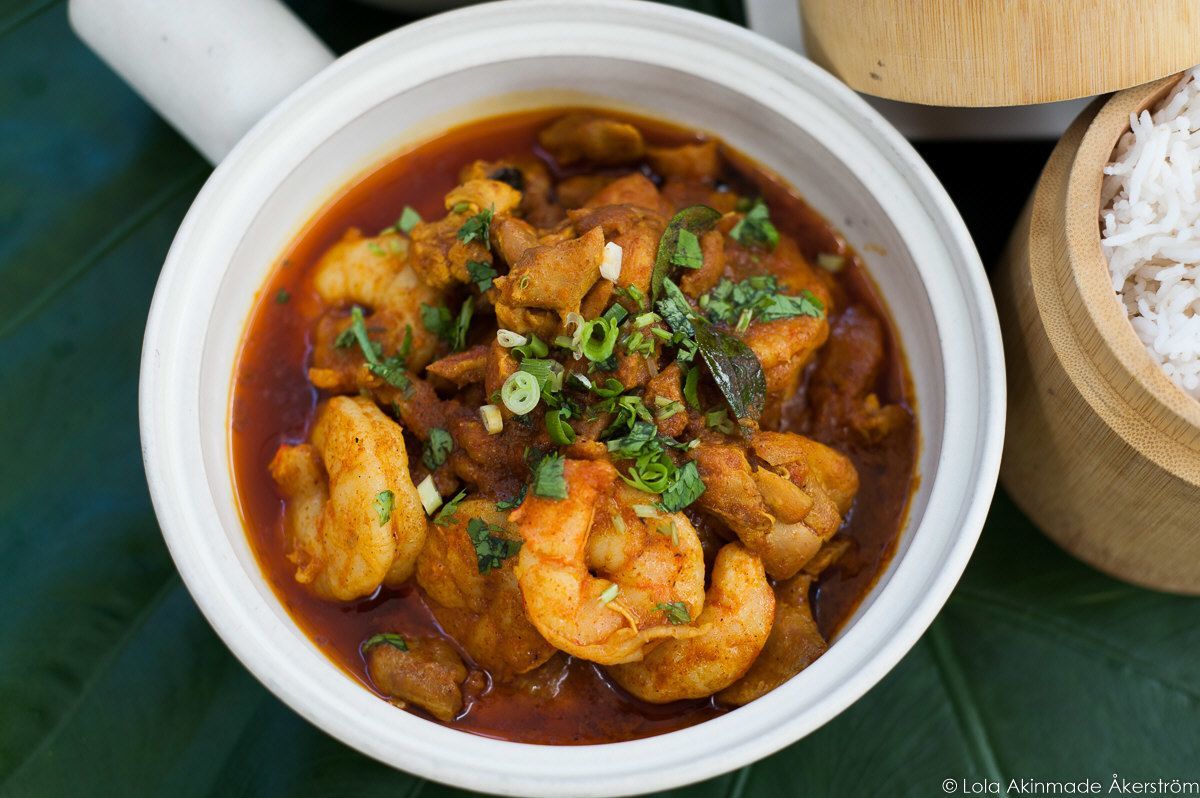 While there’s absolutely nothing wrong with shooting close ups of yummy decadent food, there are other ways to vary your food shots and get interesting photographs that actually tell a story about the food item,  how it’s interacting with its environment, and how people are interacting with it.

As much as I love photographing food and traditional dishes during my travels, I’m usually a lot more interested in the person behind the dish – the chef, the grandma, the farmer, the server – the person interacting with the food. There’s a lot you can tell and read through photographs from very simple interactions.

The love with which a fishmonger holds a prized fish even while having to gut it out.

The tenderness with which a cheesemaker holds and strokes a slab of well aged cheese. 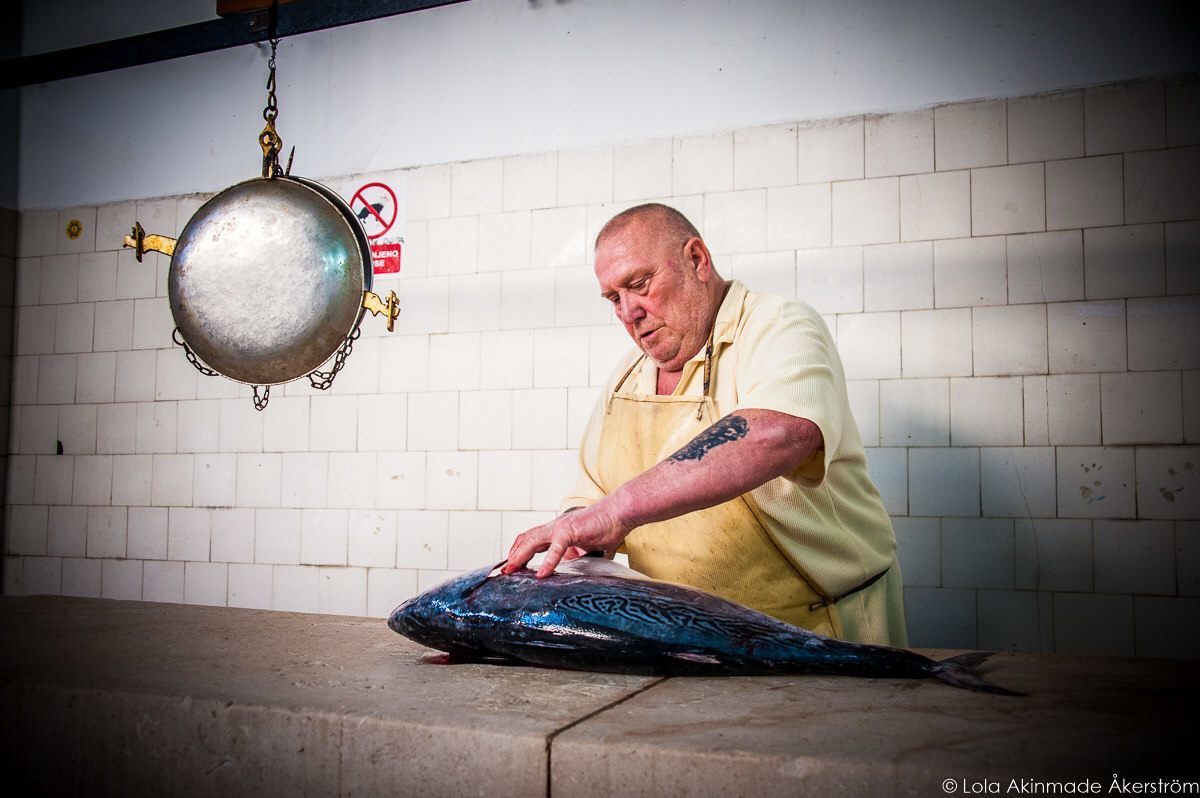 While you don’t always have to photograph the person behind the dish or behind that coffee and pastry you just grabbed at your favorite cafe, what you could photograph more of, in addition to your overhead food shots, is that particular food item in its natural environment. Whether it was stacked or neatly arranged side by side, and how it is being presented in its environment.

Take these carrots as an example.

The zoomed in version on the left could be anywhere – outside a supermarket, for example – but the second photo clearly gives us a fuller picture of where those carrots are and where we encountered them. In this case, an open air farmer’s market in a cobblestoned square in Odense, Denmark.

Of course, you exactly won’t have known it was in Odense, but you would have gotten a better idea of what type of environment we found these carrots within.

Another example is of this “plate” of mussels.

The second picture below gives us a lot more context as to where we encountered (and devoured!) these mussels, and that environmental portrait not only complements the overhead shot, it also tells more of the story surrounding the mussels. While they looked ready (first photo), they were actually still being cooked (second photo). 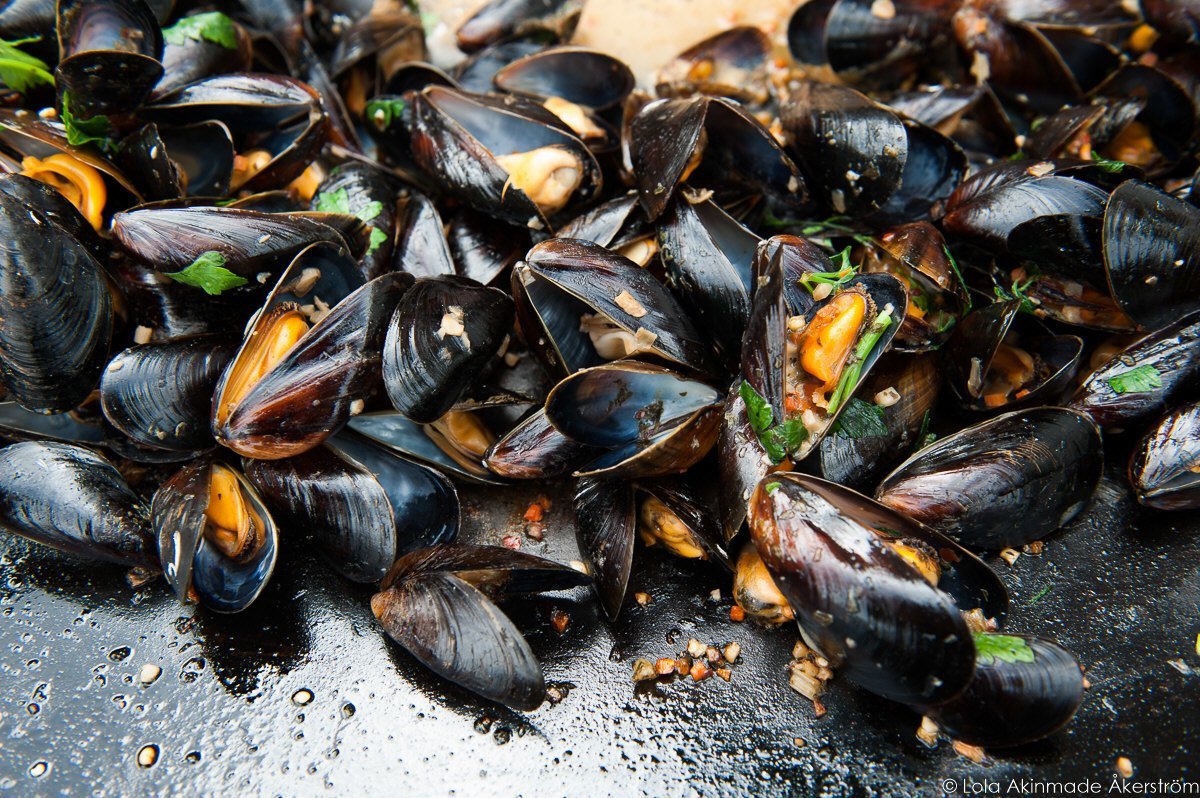 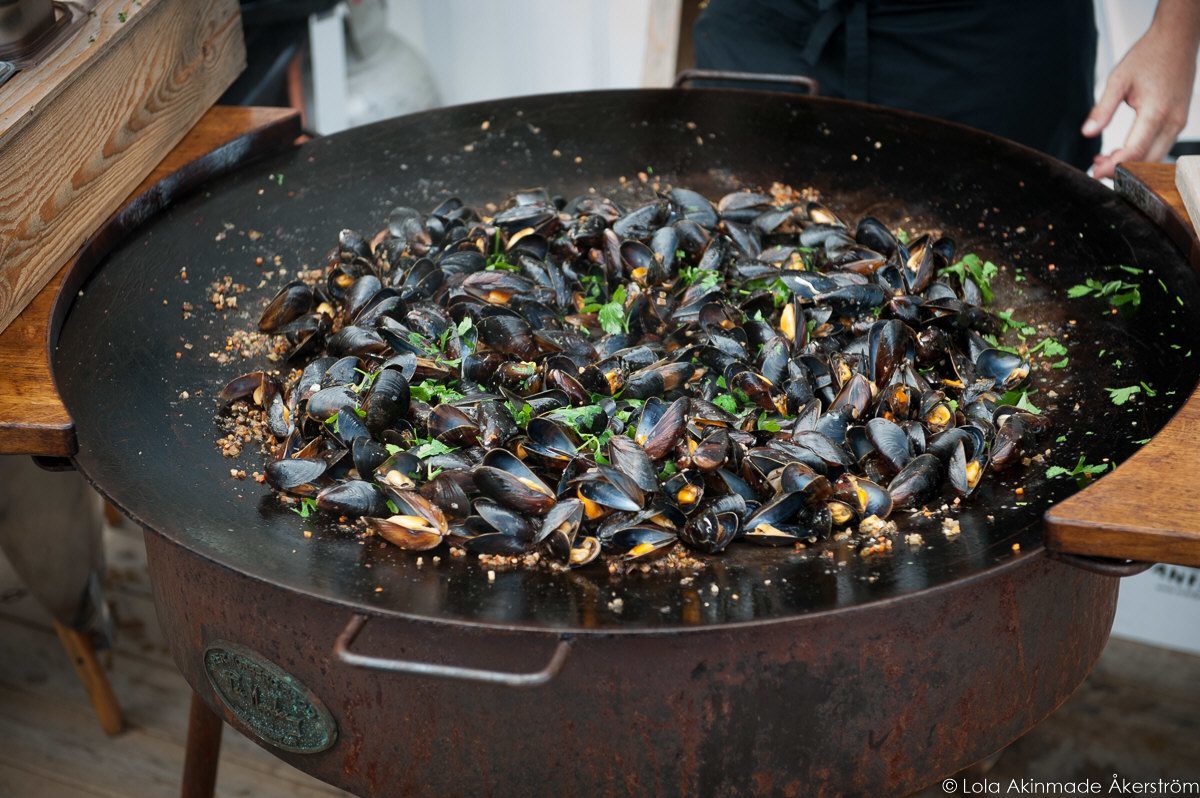 So the next time you’re photographing food, add some environmental food portraits as well. We definitely need more environmental portraits of food to tell us the complete story – more truth – behind our food photos.

Check out more quick photo composition tips in my library.