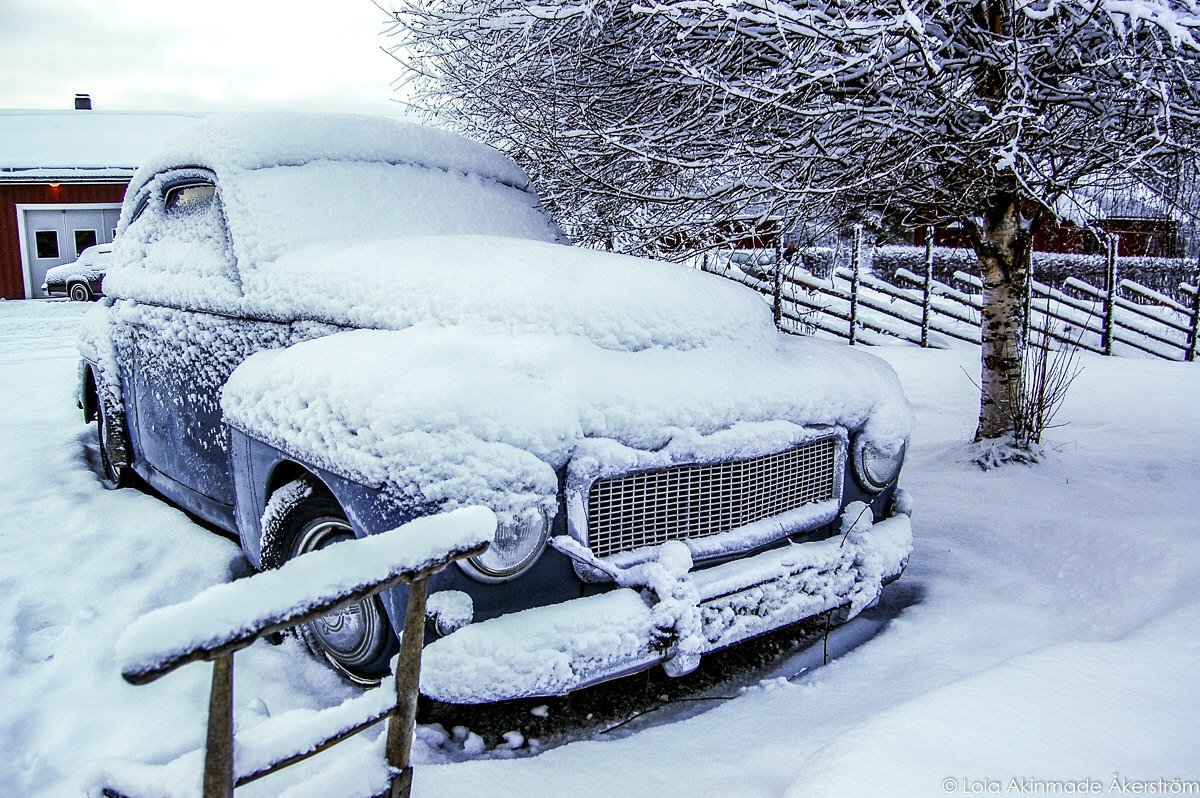 The sound of tiny spikes on our wheels crunching through snow was the only sound we heard for miles. The dark umber landscape was caked in knee deep fresh snow. An obvious glutton for frigid temperatures, I once again find myself adventuring through Lapland not far from the Arctic Circle.

This time around, we had a date with a frozen lake.

I swallowed nervously, still trying to comprehend why I had agreed to go.

We were in an archaic Ford generic model car. The manual gear shift was a metal rod sticking out between both seats. The steering wheel had no protective leather cover. Fixed atop the car were giant headlamps since it was already dark by lunchtime.

“You’ll be fine”, my intrepid driver assured me, seconds before a potentially harrowing head on collision with a snowmobile that appeared out of nowhere. The snowmobile’s passengers didn’t seem fazed and just sped off.

The trees parted to reveal an enormous field of white snow which belied the lake it hid underneath. A sharp left hand turn and we were driving across the frozen lake to meet up with the group.

There were about eight other guys waiting when we arrived and they spanned three generations. Hands in pockets, standing silently, their faces as ice cold as our surroundings. Only short “Hej”s and quick nods were exchanged. They’d all come with their makeshift race cars – banged up Volvos, a beaten down Saab, and of course, our generic Ford car. The only things the cars shared in common were spiked or studded wheels and headlamps atop roofs for racing in the dark.

We took our spot, frozen in line, quietly waiting for the rest of the group to arrive.

This was their makeshift rally. A way of passing time in the cold, depressing winters of the North. A tradition grandfathers shared with their grandsons – racing across the frozen lake in oval laps carved through the snow. I studied our competition. There were no jeers or taunting going on like you’d expect at a race. They stood frozen against the landscape like ice sculptures.

Automobile ice racing is a recreational activity shared across parts of Canada, US, and Northern European countries such as Sweden, Finland, and Russia. The Andros Trophy (known as the Trophée Andros) is the national ice racing championship held in France every year and it draws the most popular rally drivers, international sponsors and automobile manufacturers. 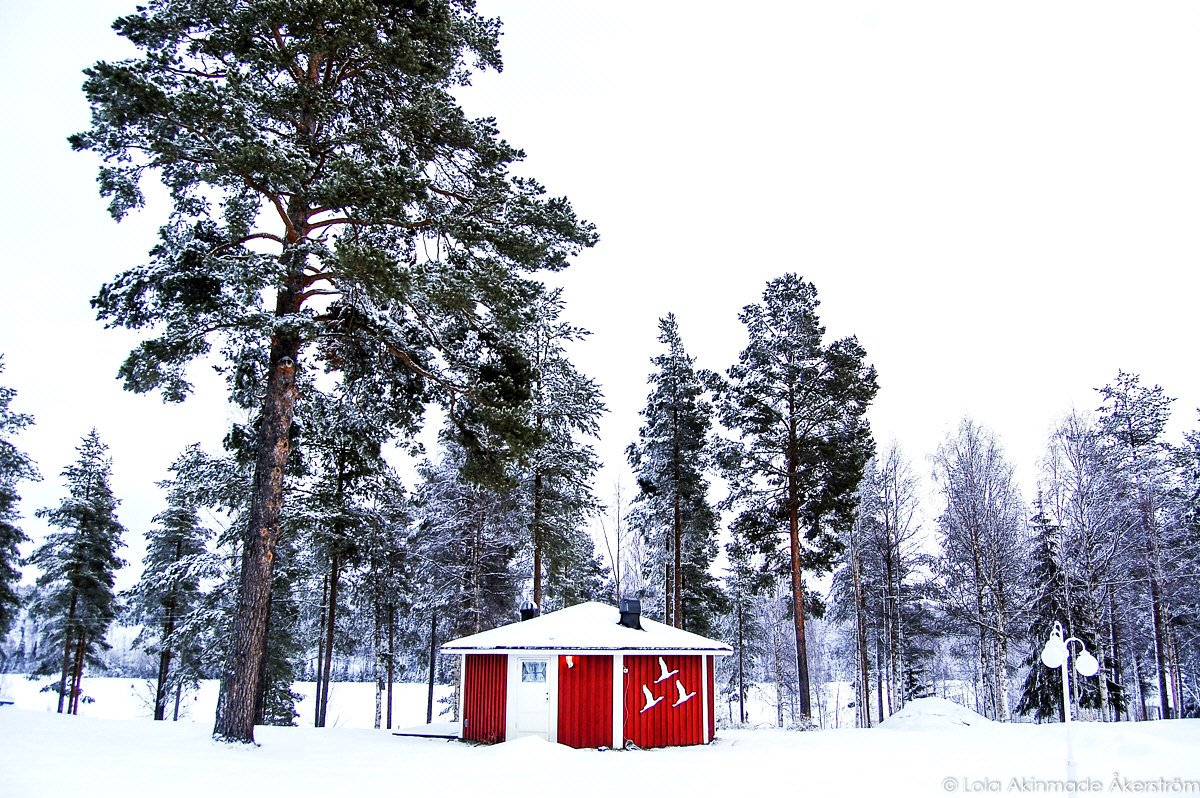 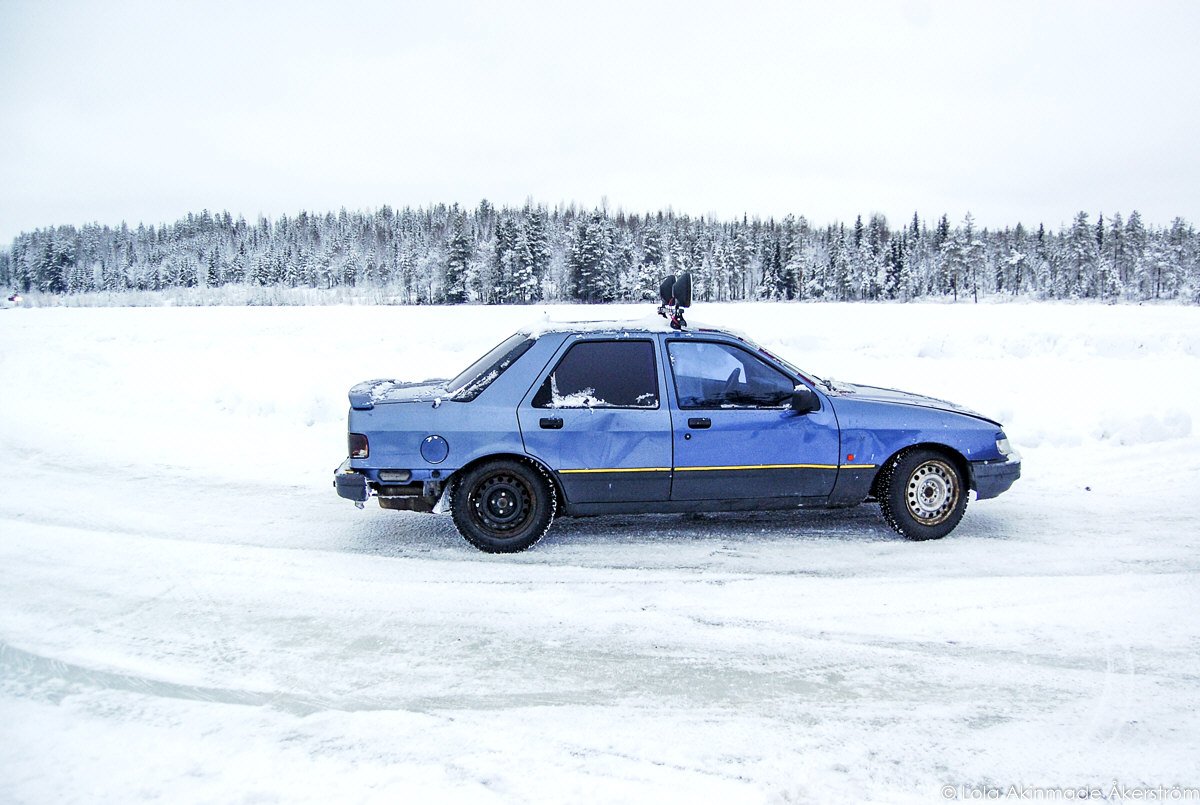 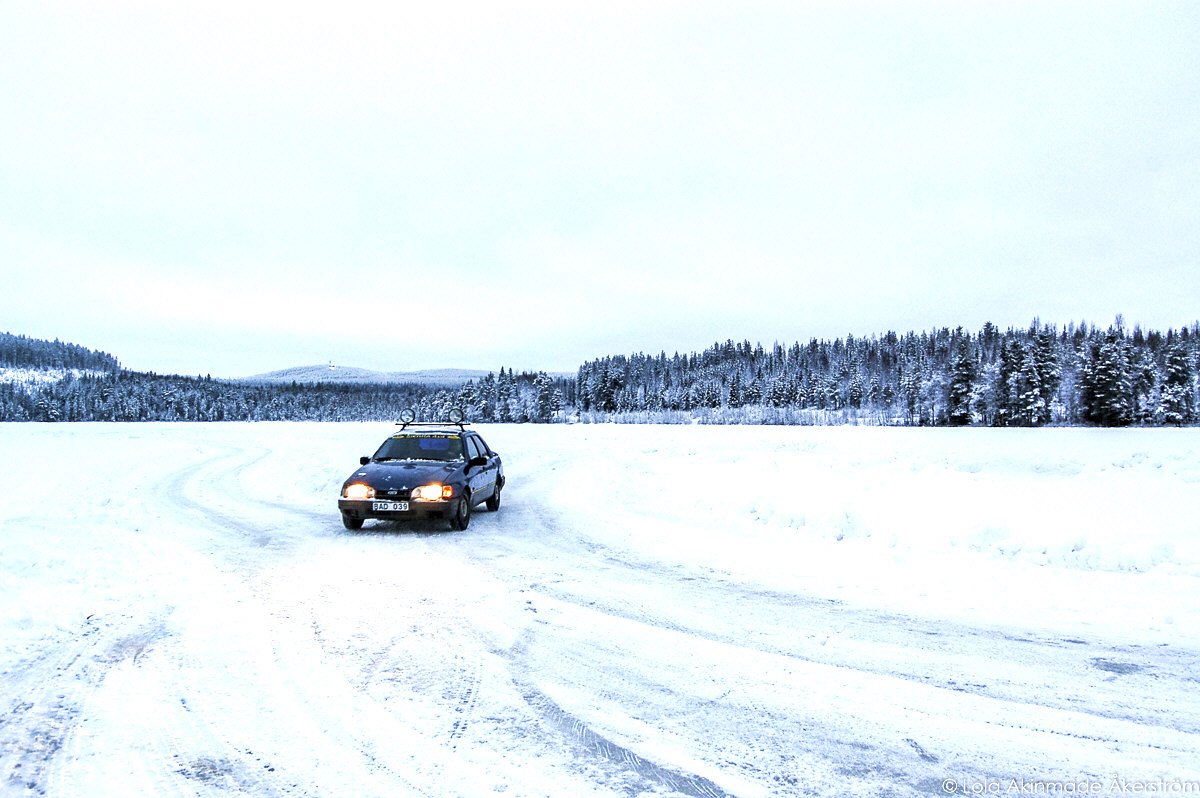 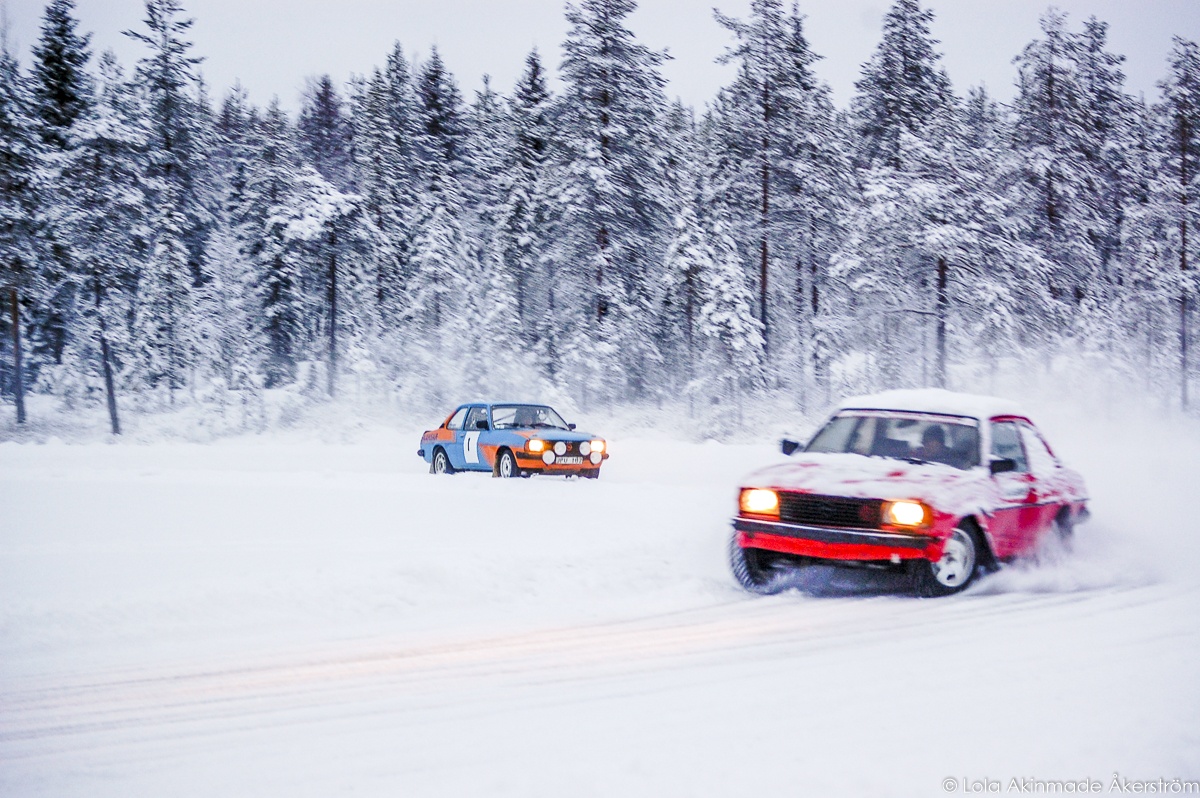 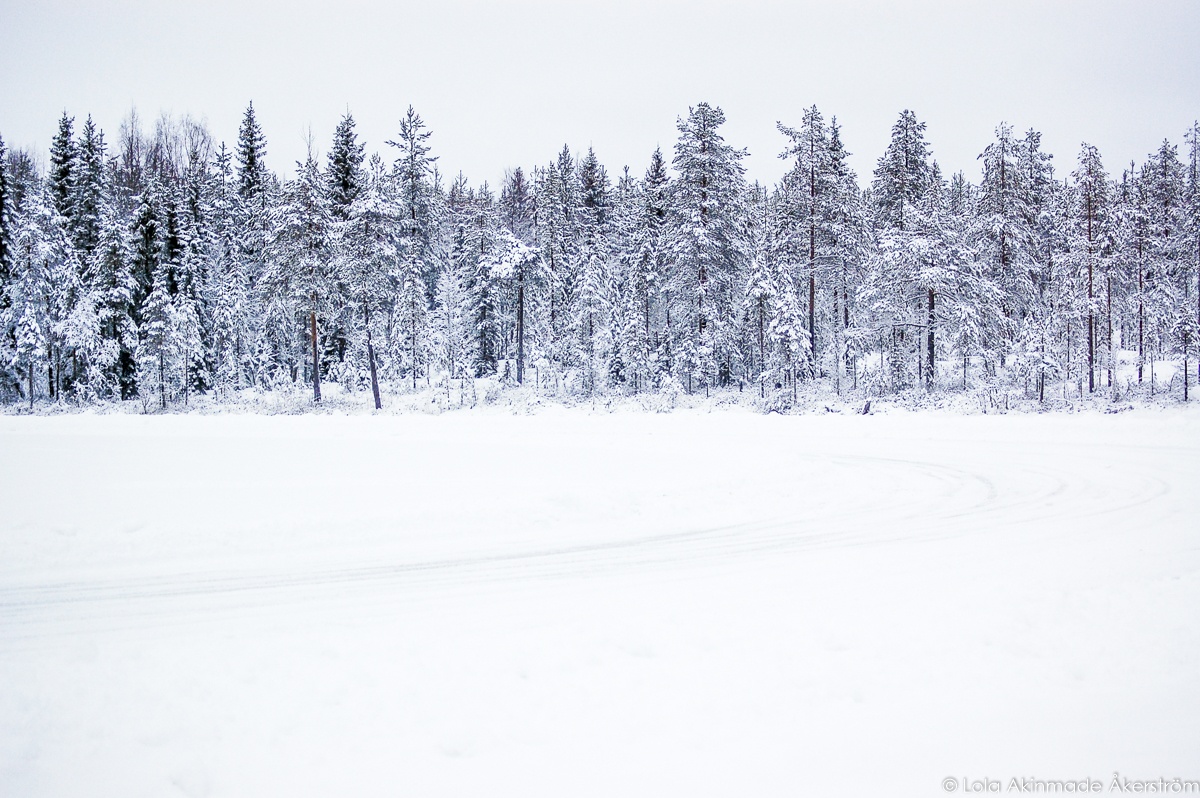 Soon enough, our little rally started and we watched as cars travelled at breakneck speeds, sliding across ice and rounding sharp corners. One wrong move and they’d cartwheel right off the ice and into the trees.

I watched mouth agape. Still, no screams of joy or excitement. Just laughs if cars careened out of control and needed to be dug out.

I pretended not to hear him.

My nervous laugh couldn’t hide the sheer panic they all saw in my eyes. Turning to snap what I’d presumed would be my last shot on earth; I got into the car and fumbled with my seatbelt nervously. I grabbed onto the bar above my window for support and said a little prayer.

My silent prayer turned into a rapidly increasing screech as he hit the accelerator. Only modest “woohoos” and laughs escaped my fearless driver compared to my belly wrenching screams of absolute terror as we sped around the crude ice track at speeds upwards of 100 kilometers per hour. 100 kilometers on pure ice felt like 200. We careened out of control, slid sideways at sharp bends, and tauntingly bumped into one of the banged up Volvos a couple times.

Our rally continued until the sun set at close to 2pm. I couldn’t tell the victor from the losers. No extravagant displays of emotions. No gallant screams of victory. There was a silent code in the air.

One that mandated that absolute thrill be experienced only behind the wheel of a race car and not expressed outwardly.

We quietly shared sausages smoked over a fire built in the snow. Another tradition they shared every day after racing.

Tomorrow, they were coming back for more. 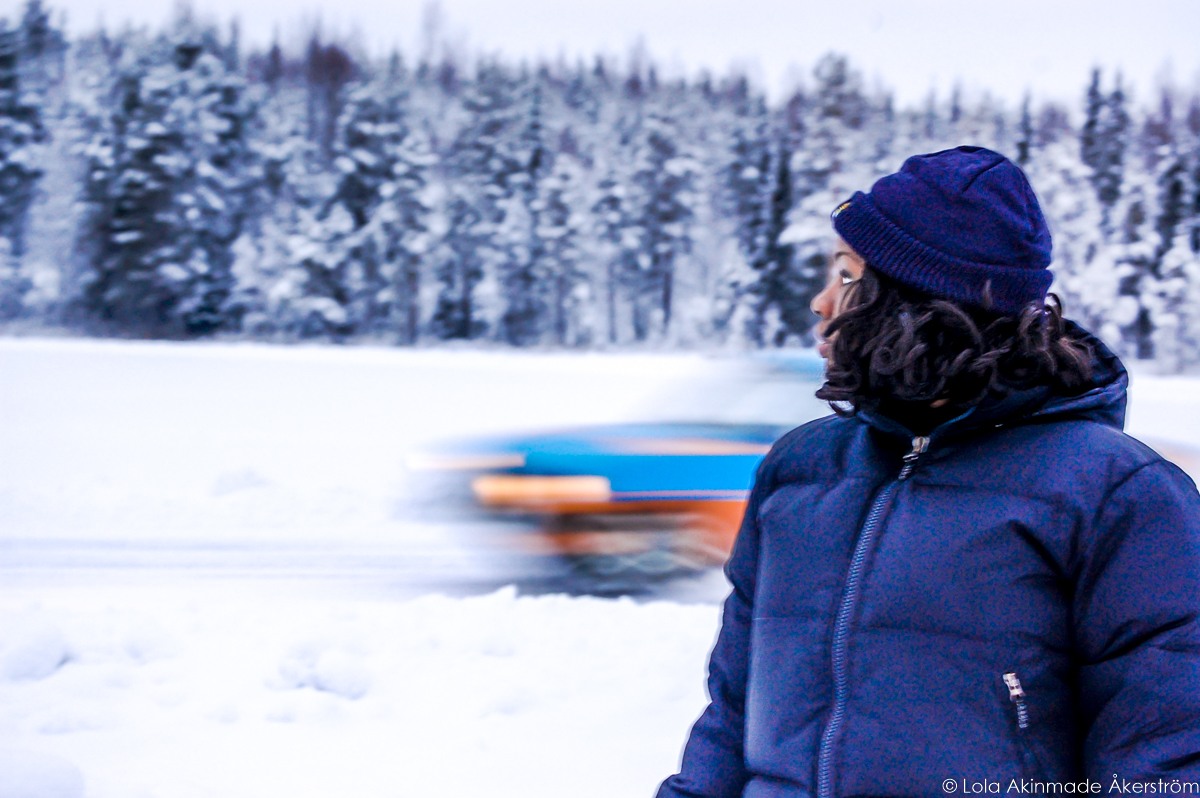