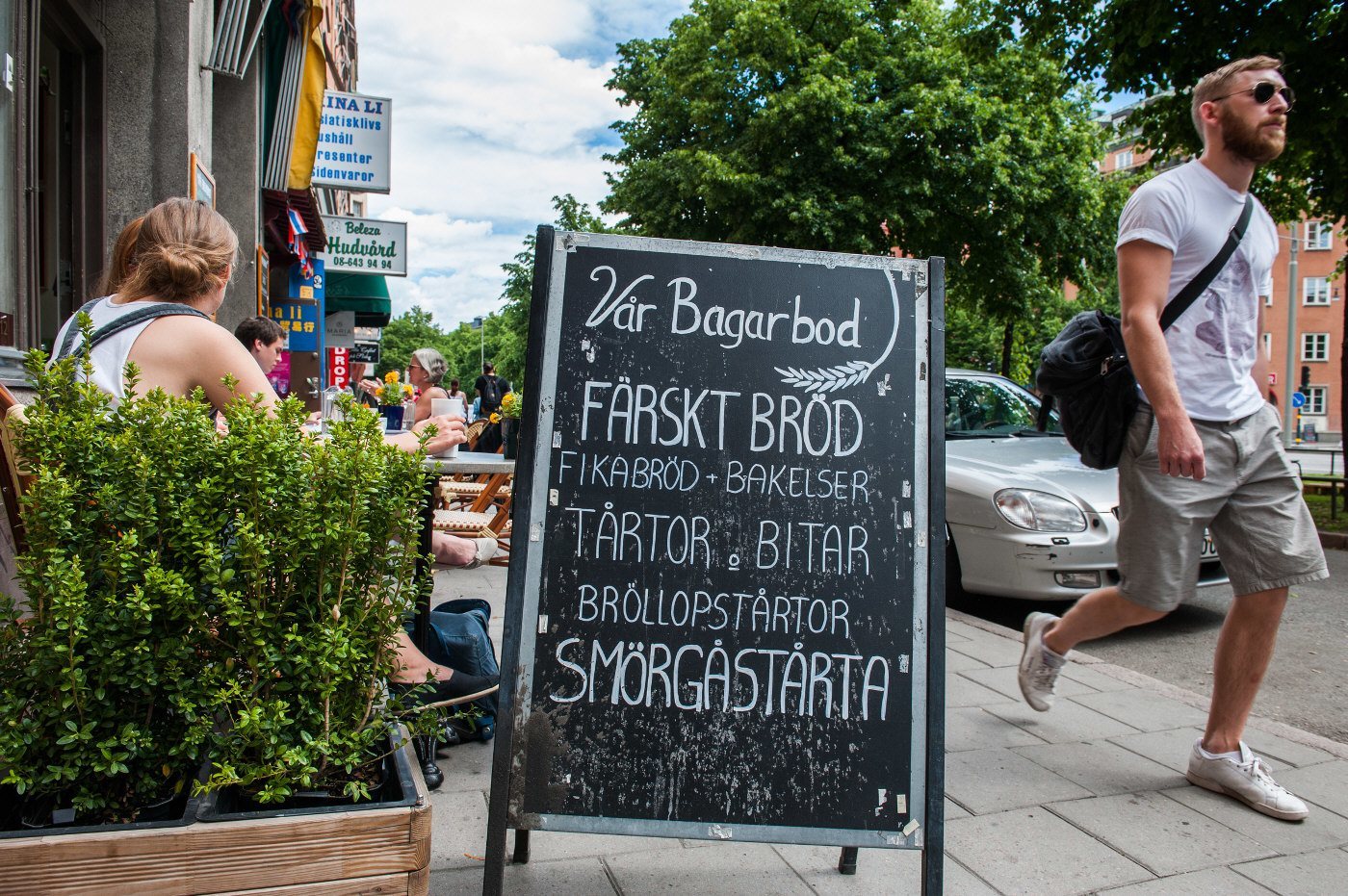 2015 was an odd year. It felt spastic in terms of work. One minute, I was buried under a ton of deadlines. The next, I was twiddling my thumbs impatiently for the next assignment to come in.  A good amount of travel meant I was perpetually catching up on editing thousands of photos from various trips. Usually at 2am in the morning.

I still made a ton of print and digital contributions including work from repeat clients, The Guardian (five), National Geographic Traveller (four), and Sweden.se (four). Also gave a lot of interviews including one to ELLE Decoration and Rolf Potts’ Vagabonding.

I actively pulled back from pitching like crazy because I wanted to launch a few projects I’m investing a lot of upfront time in. One of them is Nordic Travel Bloggers (NordicTB) collective which is already racing full steam into 2016 with upcoming campaigns. Massive ongoing tasks include loading thousands of photos from roughly 60 or so countries into my Image Bank and National Geographic Creative. 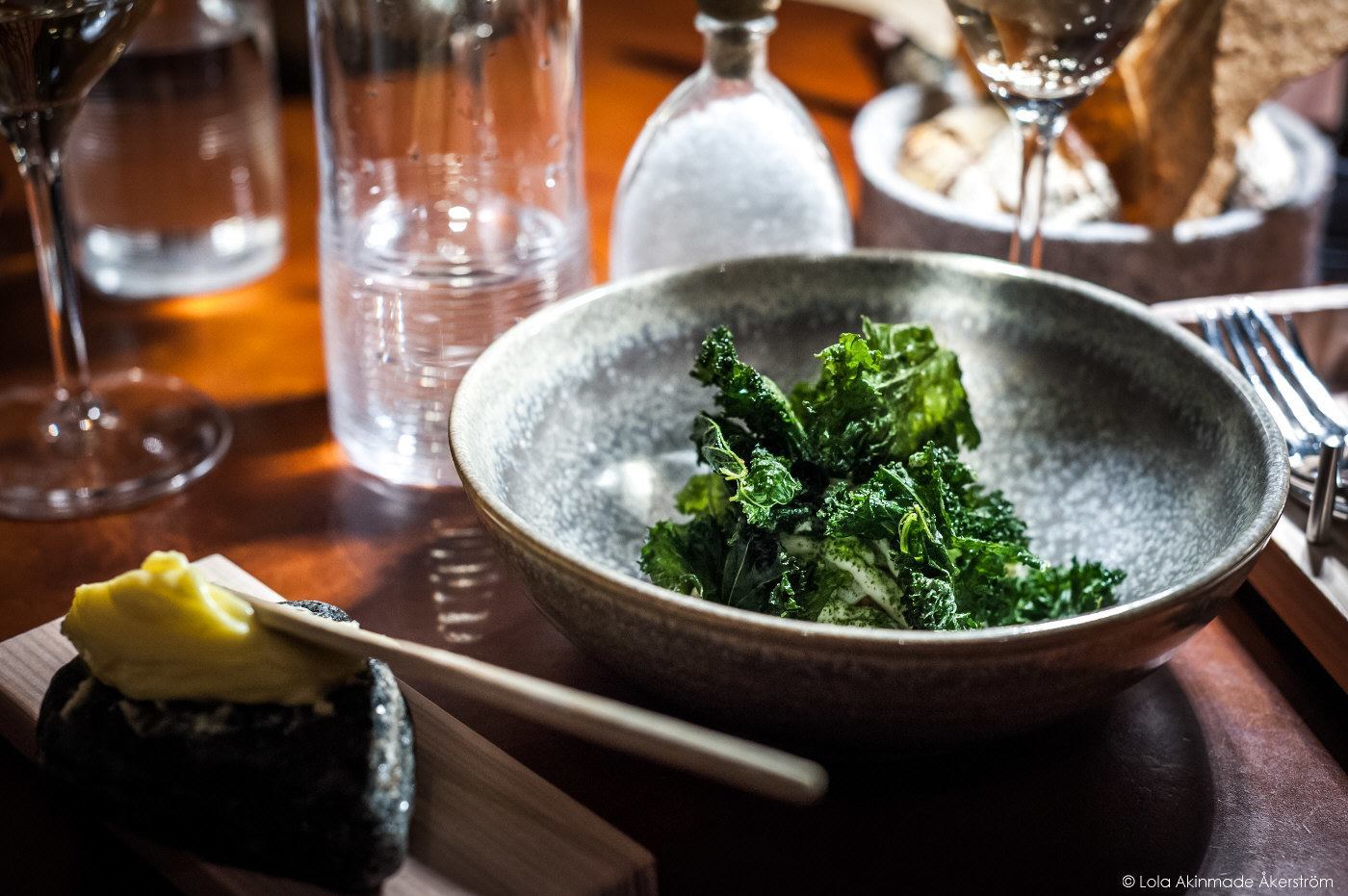 So here’s how 2015 panned out. Each query status has been categorized using the following legend: 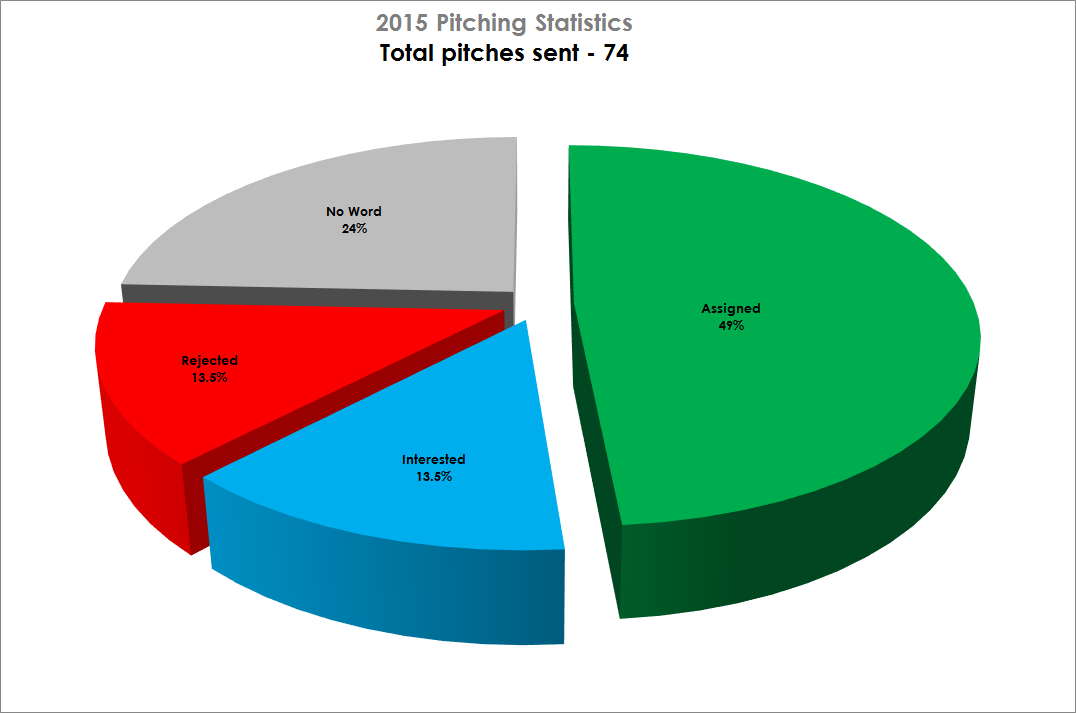 There was a total of 74 pitches in 2015. Of these pitches, 36 were assigned, 10 are currently being reviewed by editors/in various stages of limbo, 10 were rejected, and 18 are still floating around in the “No Word” zone and have yet to be acknowledged.

In 2014, there were 53 pitches (either sent or assigned without pitching) which was 21 less than this year’s total but I’m comparing the percentages in the chart below to visually see how both years stack up against each other, 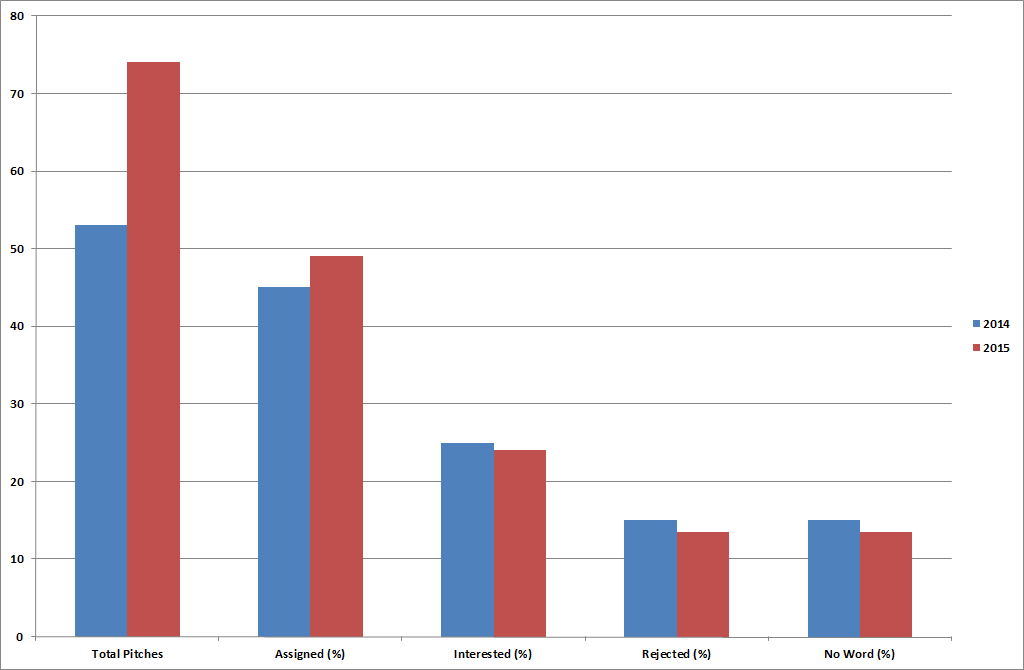 Even though there were more pitches in 2015, there was only a 4% increase in assignments. Everything else was roughly about the same in terms of interested pitches, and slightly less rejections and “no words” percentage-wise.

So I reviewed the notes I kept alongside some queries to see why they had the status they did. Here they are (the same notes have been condensed into a single line item with frequency denoted):

Analysis – 2015 was the year of editors reaching out directly to me to cover niche areas from Sweden or Scandinavia for various publications. They already started in 2014 but continued this on a whole new level in 2015 which I am grateful for. Again, I wrote about other destinations as well but this is continued evidence why you need to start developing a niche and a strong voice within that niche so you can get a steady supply of work because of having that trusted voice.

Follow Ups – One thing I also did was change my follow ups from every two weeks to every week to see if that made any impact on those “no words” or “interested” pieces sitting in limbo. But I don’t think more frequent follow-ups made a huge difference. I really wish they just turned into either assignments or rejections.

Special Shout-outs – In the notes above, you can see I was recommended by two of my colleagues, Audrey of Uncornered Market, and Julie of Collazo Projects. Thank you guys so much for the leads! This is something I also do. Once I know what your beat and niche are, I actively recommend fellow colleagues to editors as well. 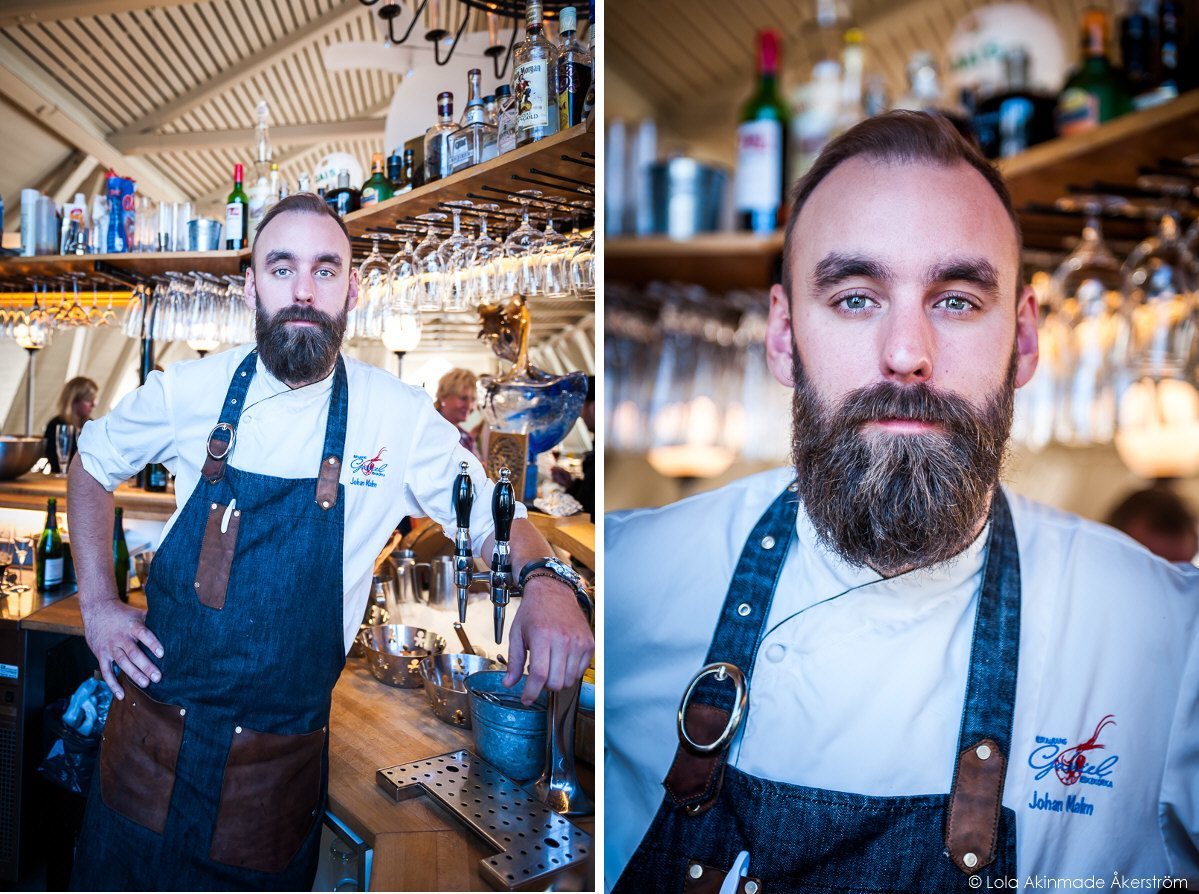 Rejections – Honestly, 10 rejections out of 74 isn’t bad at all so I’m not losing too much sleep but I looked at the notes next to those rejections below:

What I realized was that I was a little slow to the field. Ideas were assigned right before my pitch came in or another writer had quickly claimed the assignment before I did. Editorial directions were being changed and I was one of the last few to know.

So in 2016, my response and game times will be sharper so I’m not losing assignments that editors would have easily assigned to me.

Also, this one comment made me feel really, really old and I’m just 37 – “Felt the topic won’t connect with today’s millenials.“

Actually, it made me laugh out loud.

No Word – As a freelancer, I will forever be battling these. I had 18 this year as opposed to 8 last year but I know there have been a lot of organizational changes and publications dropping left and right like flies. A lot of editors I’ve worked with in the past have now turned into freelancers themselves and even National Geographic (the mothership) is going through a massive restructuring right now.

But I definitely aim to make my 2016 pitches more precise so they don’t fall into this heap. 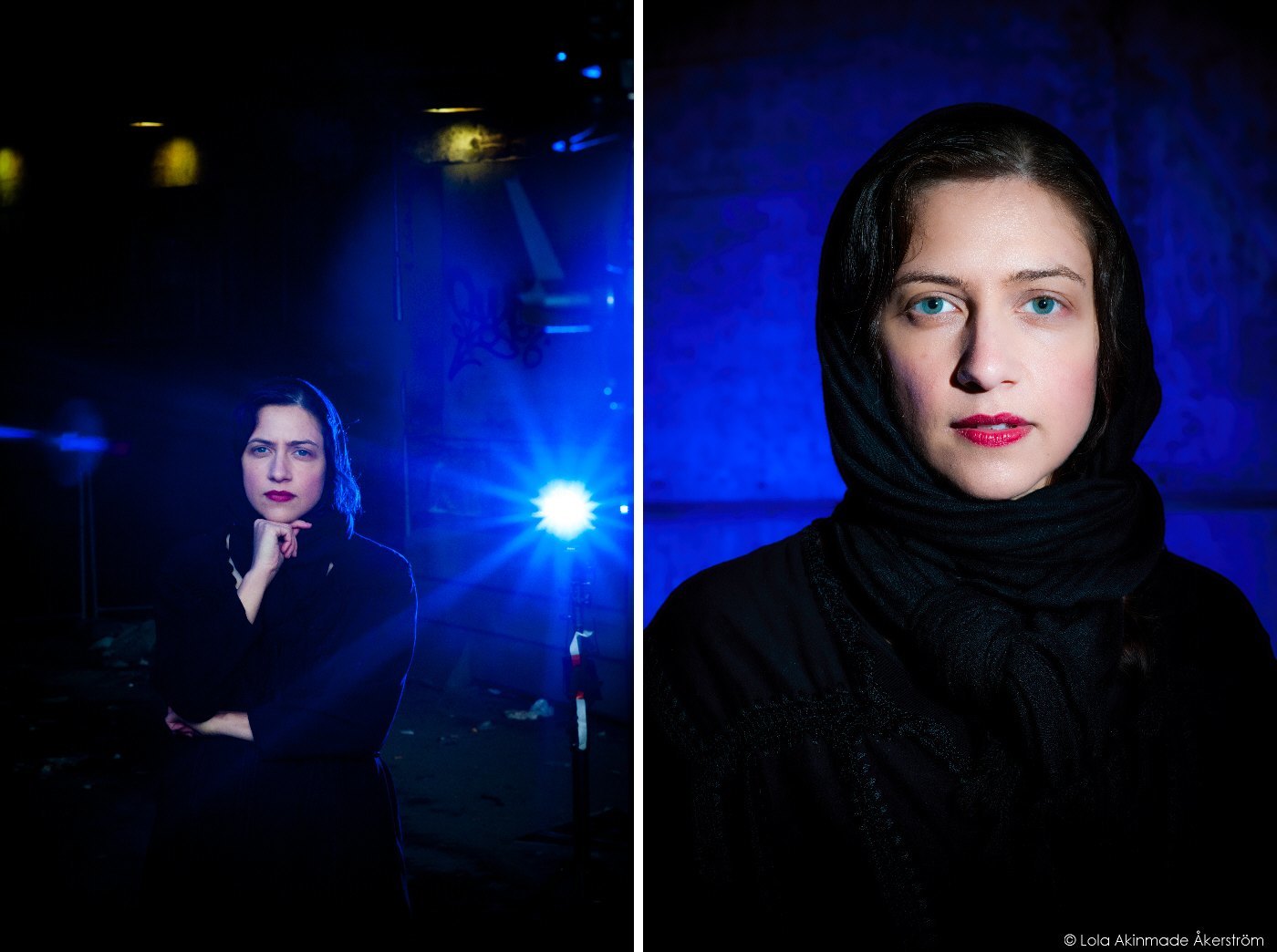 In 2015, I said I wanted it to be a year of mastery and in many ways, it was. I took a fun creative lighting workshop (sample image above), read a lot (albeit fiction) and definitely improved my craft, mostly honing my eye.

2016 will be the year of the three “P”s – Partnerships, Projects, and Passive Income.

I have also brought in a solid commercial client that will take up about 20-24 hours each week of freelancing time so I can actively keep building those partnerships, keep bringing those personal and professional projects to life, and continue expanding my passive income channels. I will also be bringing 1-2 interns on board to help with some backend tasks so I focus on the three Ps.

I’m really looking forward to what 2016 will bring workwise and most importantly, challenging myself and taking it all to the next level.

Editors, if you’re reading this…. I cover the Nordics and Baltics very well (both writing and photography) if you have them in your 2016 editorial pipelines!

For fellow freelancers out there, how did 2015 go for you? Did you hit some of your professional and personal goals?,