I love tradition. Especially slow traditions that revolve around gastronomy and local cuisines. And I actively seek this avenue through slow food when exploring various cultures and everyday lifestyles.

When I was in Emilia Romagna, I got to spent time with and document wine producers, Parmesan cheese crafters, Parma ham makers, and producers of the sweet nectar of the gods – traditional balsamic vinegar.

While traveling around with the Culinary Academy, I got to spend time with local food producers and brewers around Kvänum to learn about slow food in West Sweden. 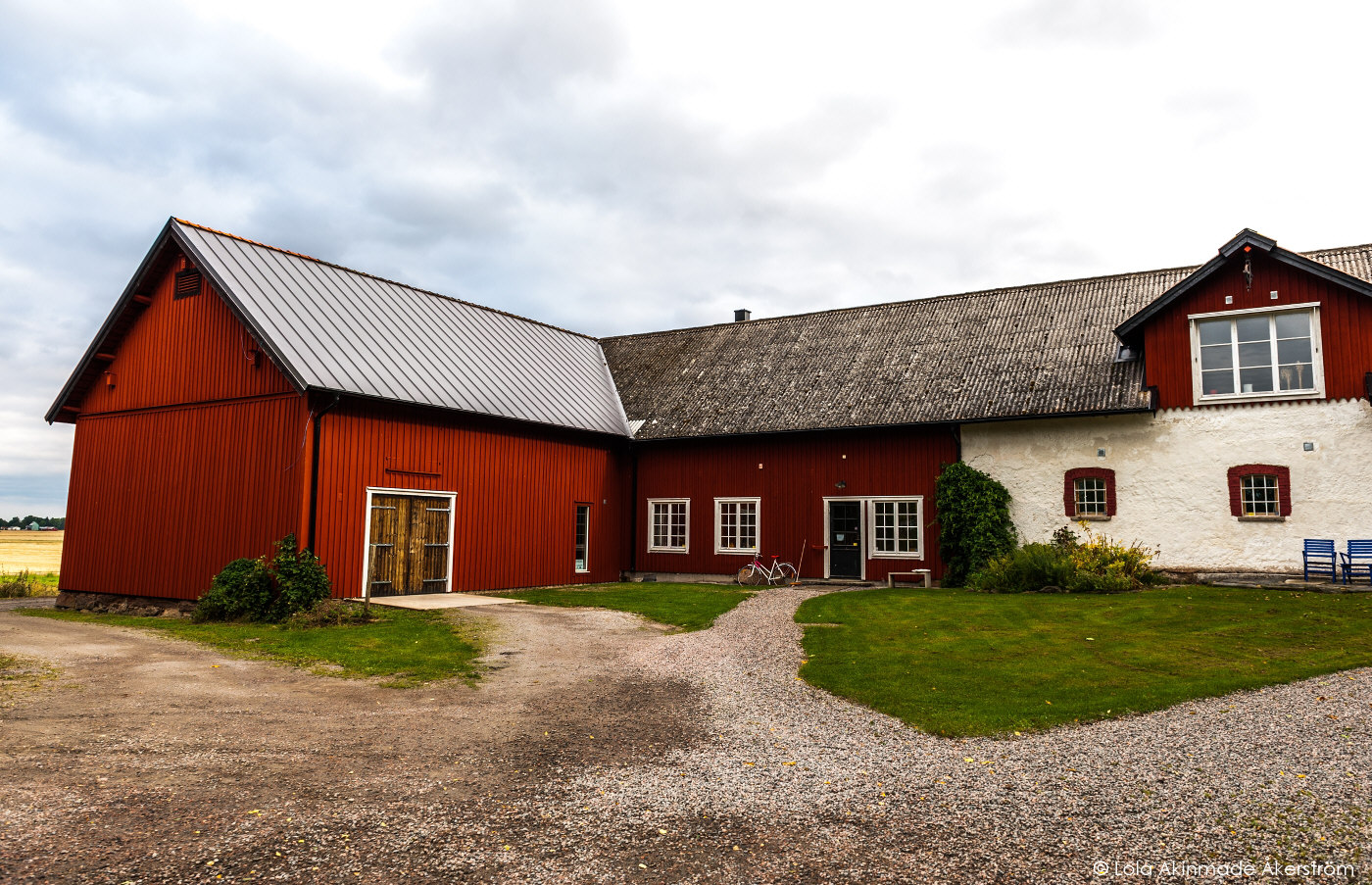 I am lactose-intolerant and really can’t do soft cheeses, creamy spreads, and milk, without suffering the consequences. Though that often doesn’t stop me from trying really good cheeses while traveling and exploring (I just come prepared with gas tablets).

But what I do love to a good hard cheese that has been aged to salty crystallized crumbly perfection.

And that is what Sivan specializes in – mature hard cheeses.

Sivan Osthandel (Sivan’s Cheese) is a fifth generation family-run business which has been working with and producing cheese in a garage for decades. Sivan’s artisan cheeses are well-known around fine restaurant circles and even served to politicians and royalty. Their restaurant in Baljered offers various cheese tasting sessions.

They age a variety of cheeses from their youngest – Greve 28% inspired by Emmental, Gruyere and Jarlsberg, with a sweet and nutty flavor and aged for 15-20 months – to their oldest Svecia 28% which is made from milk from only Swedish cows and aged for up to 40 months. You can definitely feel the crunchy salty crumble from Svecia’s crystallized proteins.

When we were visiting the region, Sivan’s daughter Sofia explained their processes as well as held a cheese tasting so we could feel the different qualities of their selections. 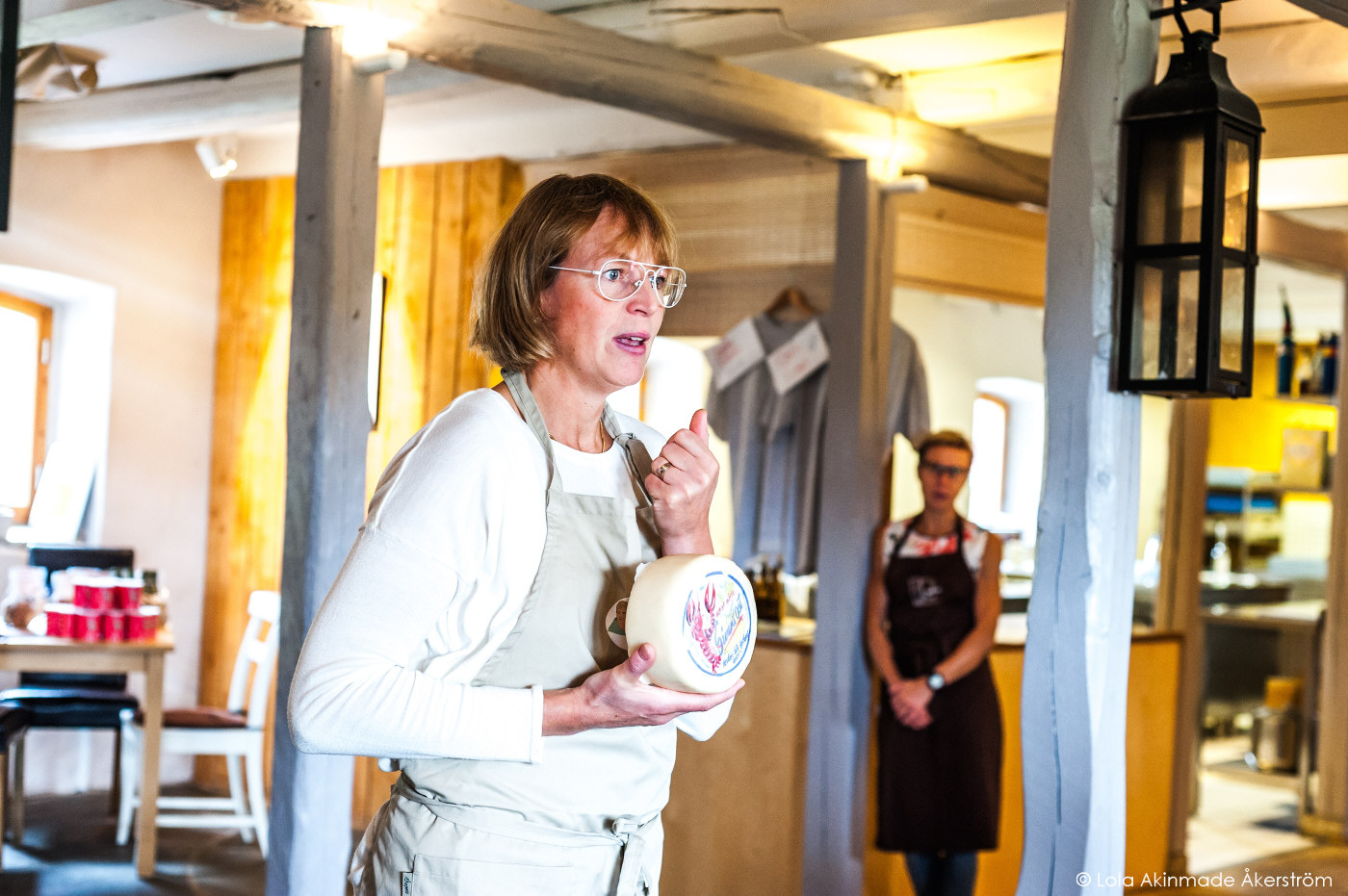 We love our crisp bread (called knäckebröd) here in Sweden. Absolutely. Love. It.

And a visit to any grocery store can be a head-scratching confusing situation of choice with rows upon rows of various crisp breads to choose from.

Choices get down to the seed-level. And nothing pairs crisp bread better than cheese. Preferably a hard cheese like Sivan’s.

Started in 2008, Knäck & Bräck is a family-run organic bakery which keeps this 1,000+ year old Nordic craft of making crisp bread alive in the village of Östra Tunhem.

They use a variety of ingredients such as cranberry, sesame, juniper berries, tomatoes, and blueberries, including seasonal flavours, and their artisan crisps have made their way to the royal home in Drottningholm as well as Harrods in London. 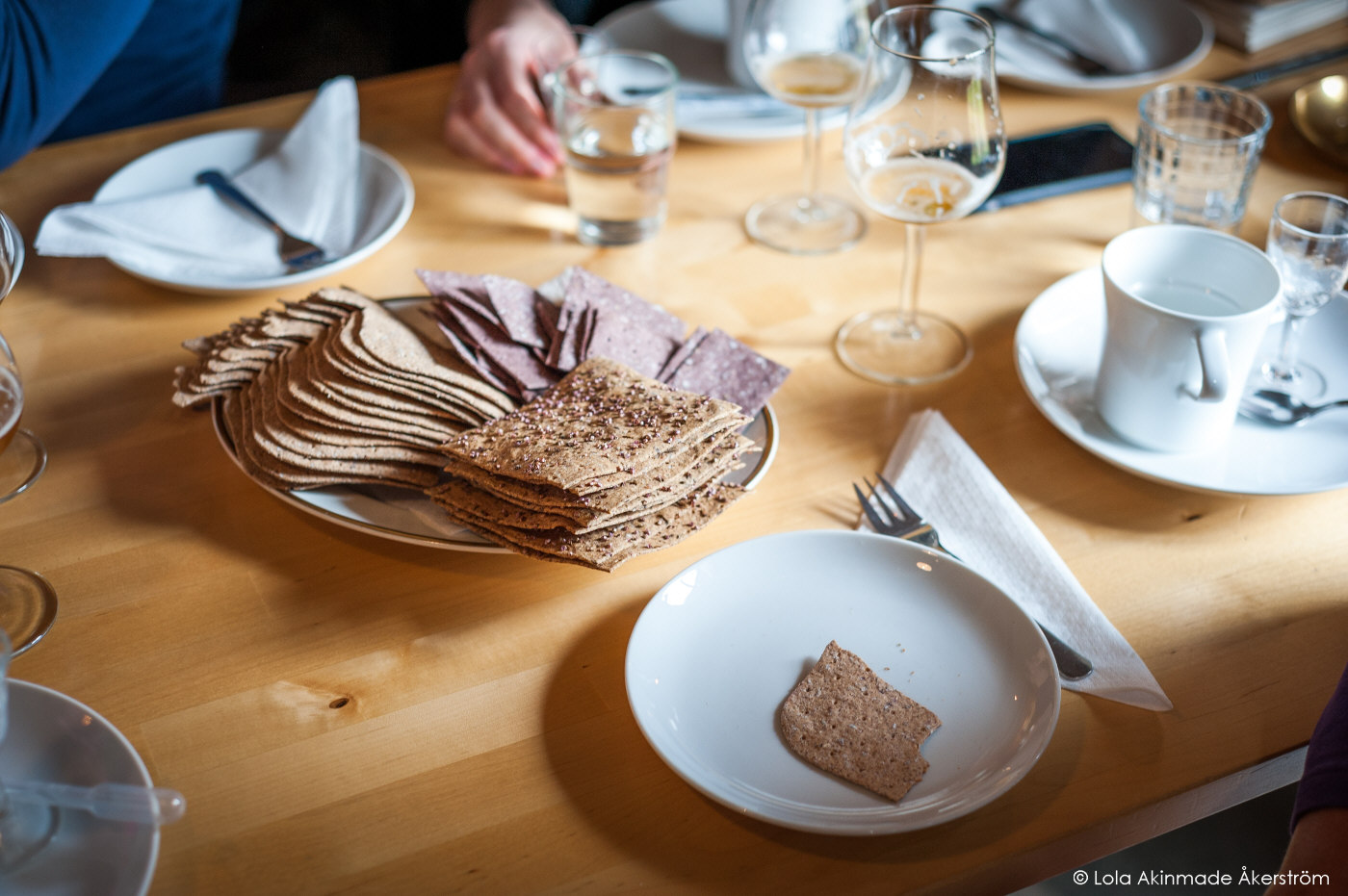 I’m personally not a beer drinker but I fully appreciate craft and love sharing stories of passion behind the production of beverages.

In this case, Qvänum Mat & Malt is an organic microbrewery owned and operated by Claes and Annica Wernerson.

The brewery and distillery is located in the Gategården farm barn, just outside Kvänum and the farm itself is situated in the prehistoric village of Badene which dates back to the 7th century.  They bought the property in 2004 and converted it into its current form, including a restaurant.

They craft various seasonal beers, porters, lagers, and schnapps with names such as McBrian, Jonsson, Anders, and Grannen, and a selection of their beers are sold in the government-run alcohol store, Systembolaget, and served by top restaurants in Gothenburg such as Michelin starred restaurant Thörnströms Kök which I’ve profiled here on my blog – Inside Håkan’s Kitchen.

Their manor house from the 1800s also doubles as a bed and breakfast which you can book so beer enthusiasts can make this trip to West Sweden a long weekend break.

While visiting Claes and Annica, their kitchen turned into an impromptu cooking class and we got to make our own lunch as well. 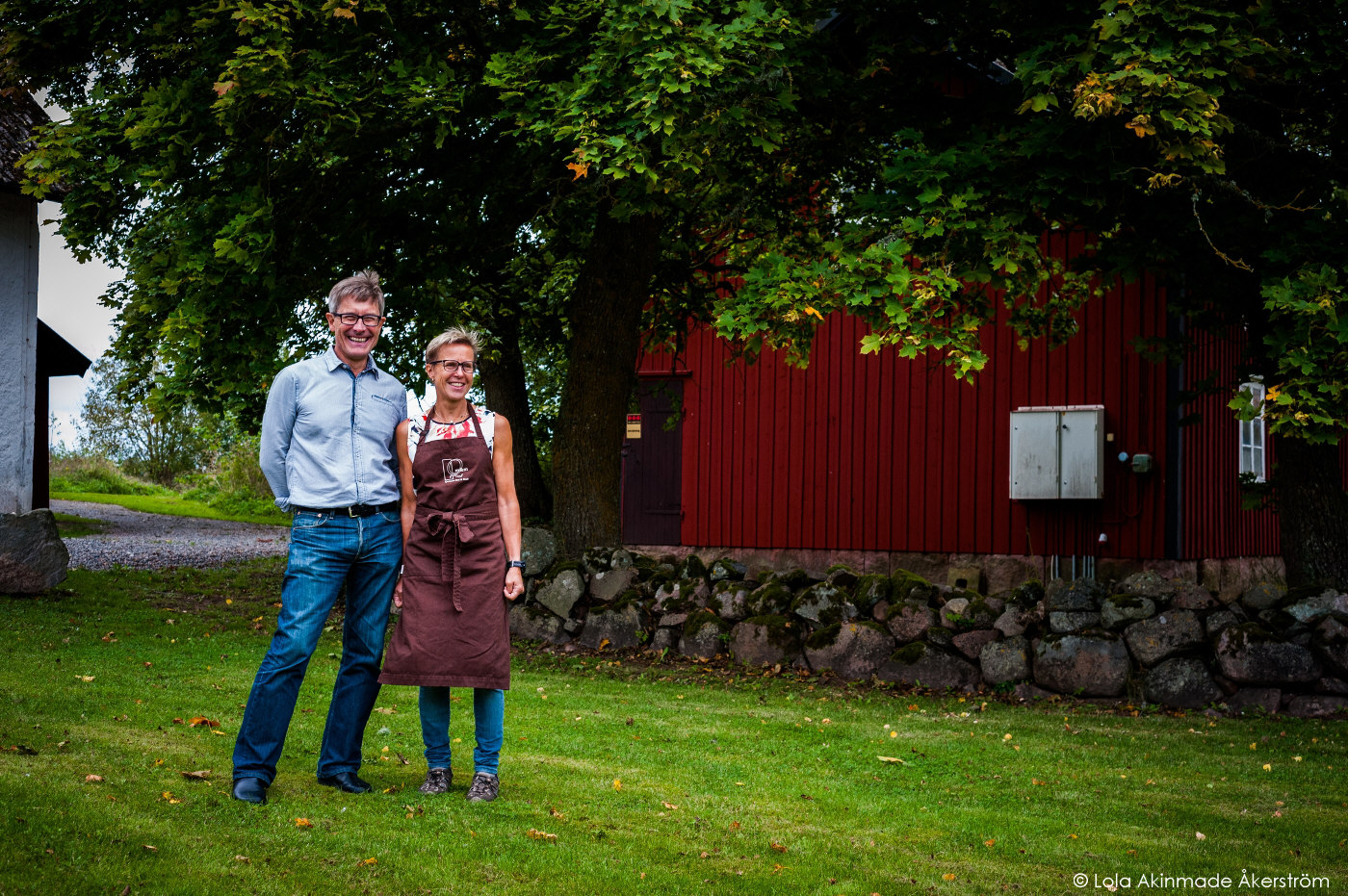 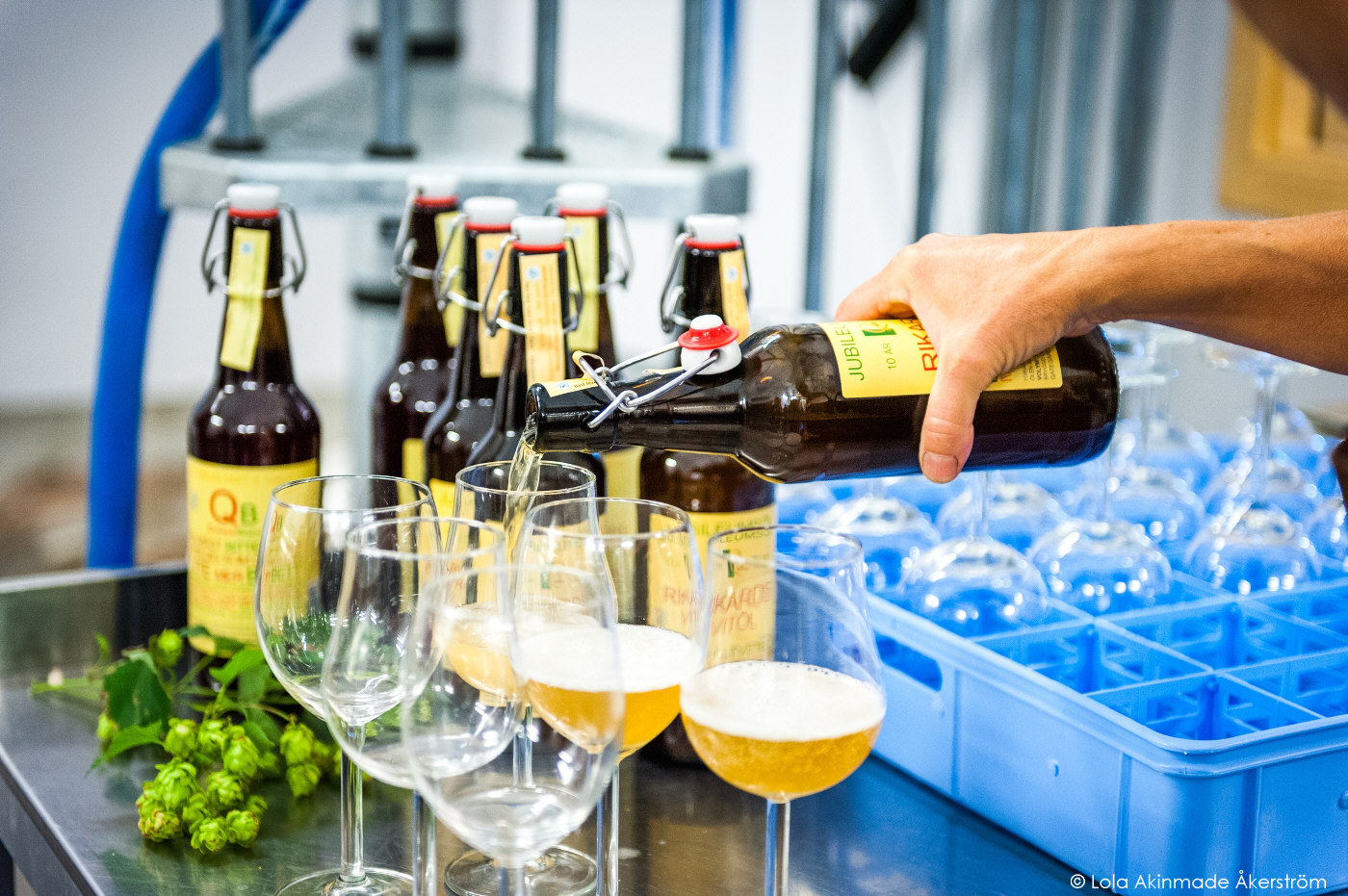 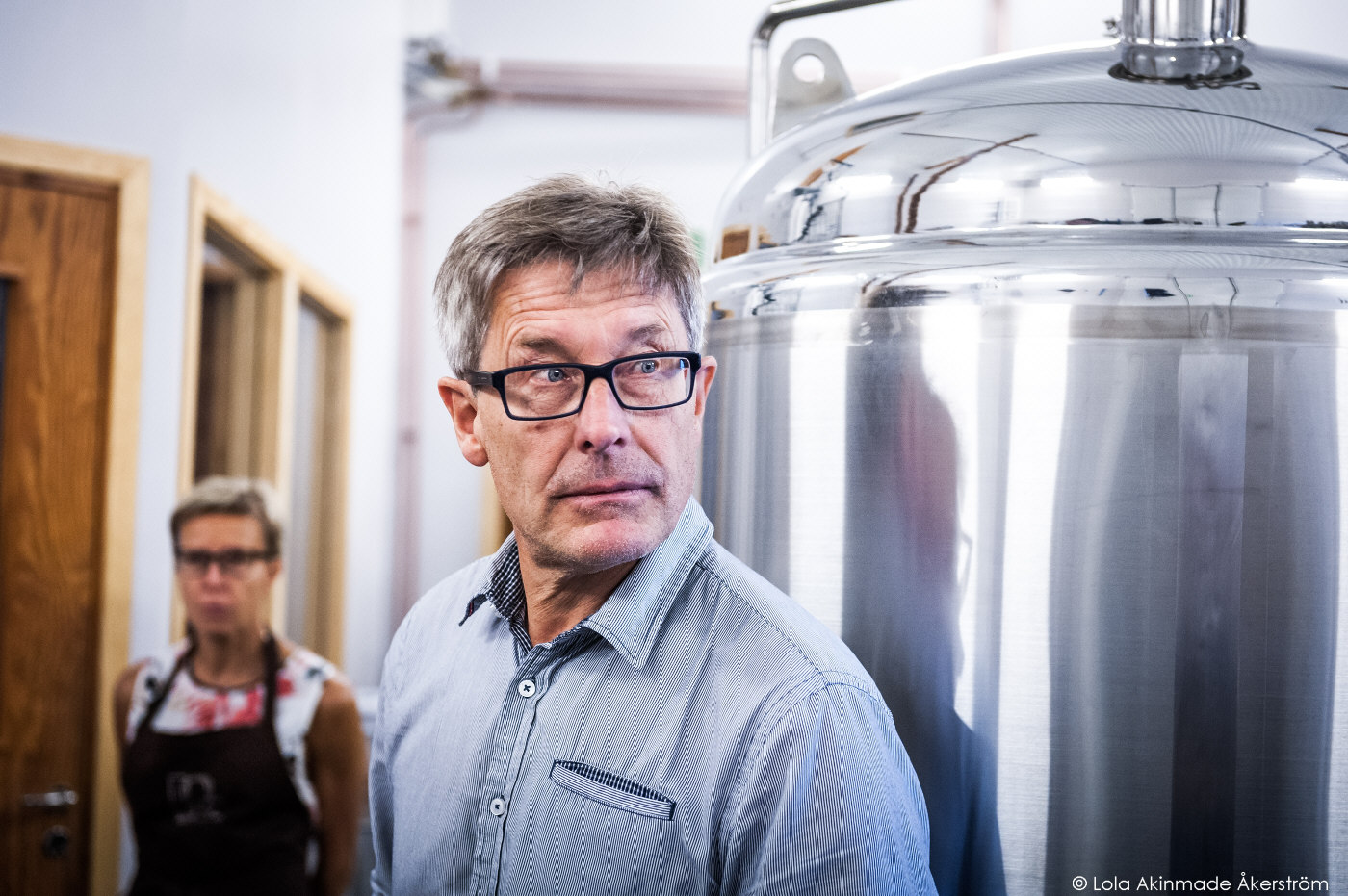 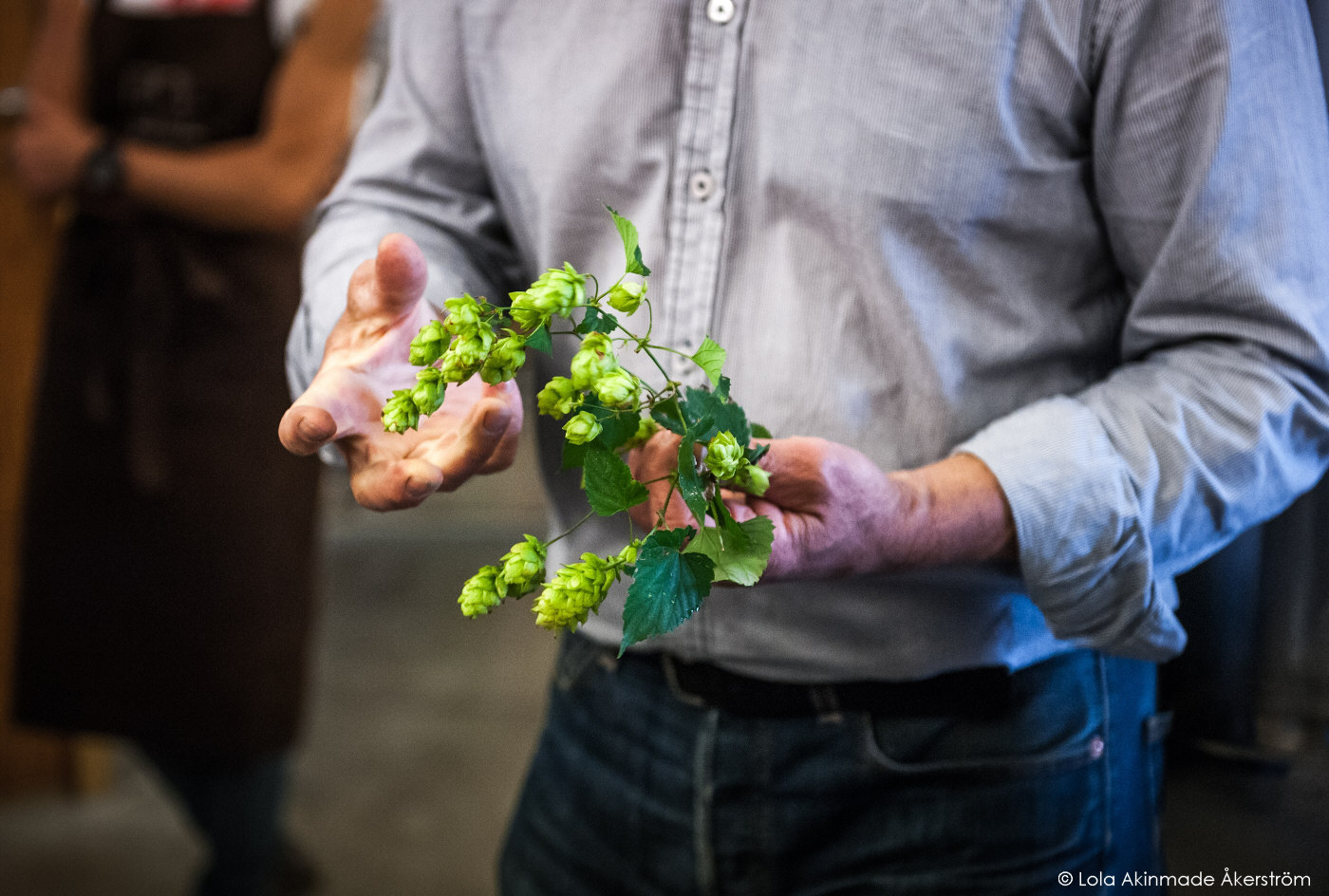 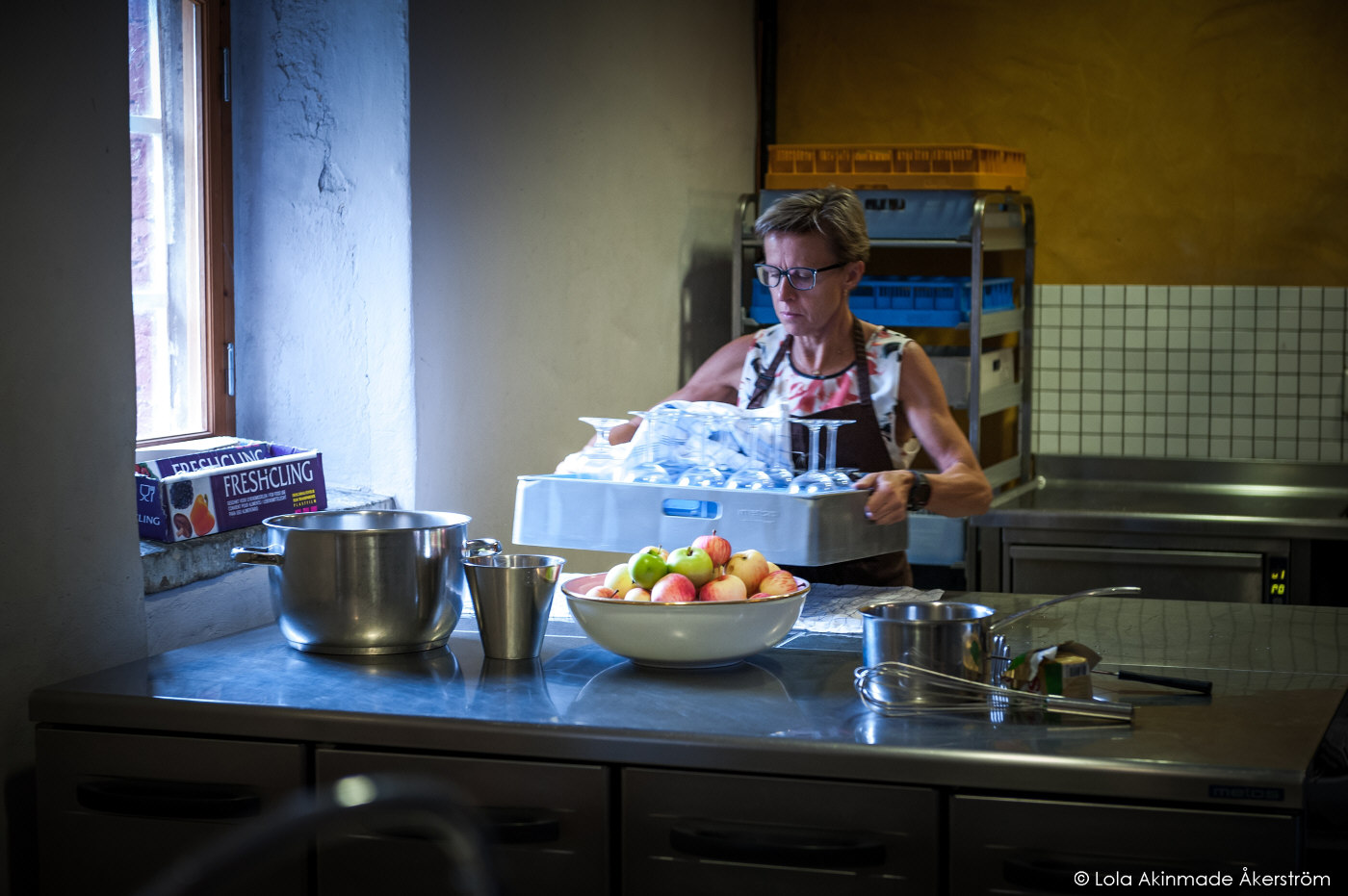 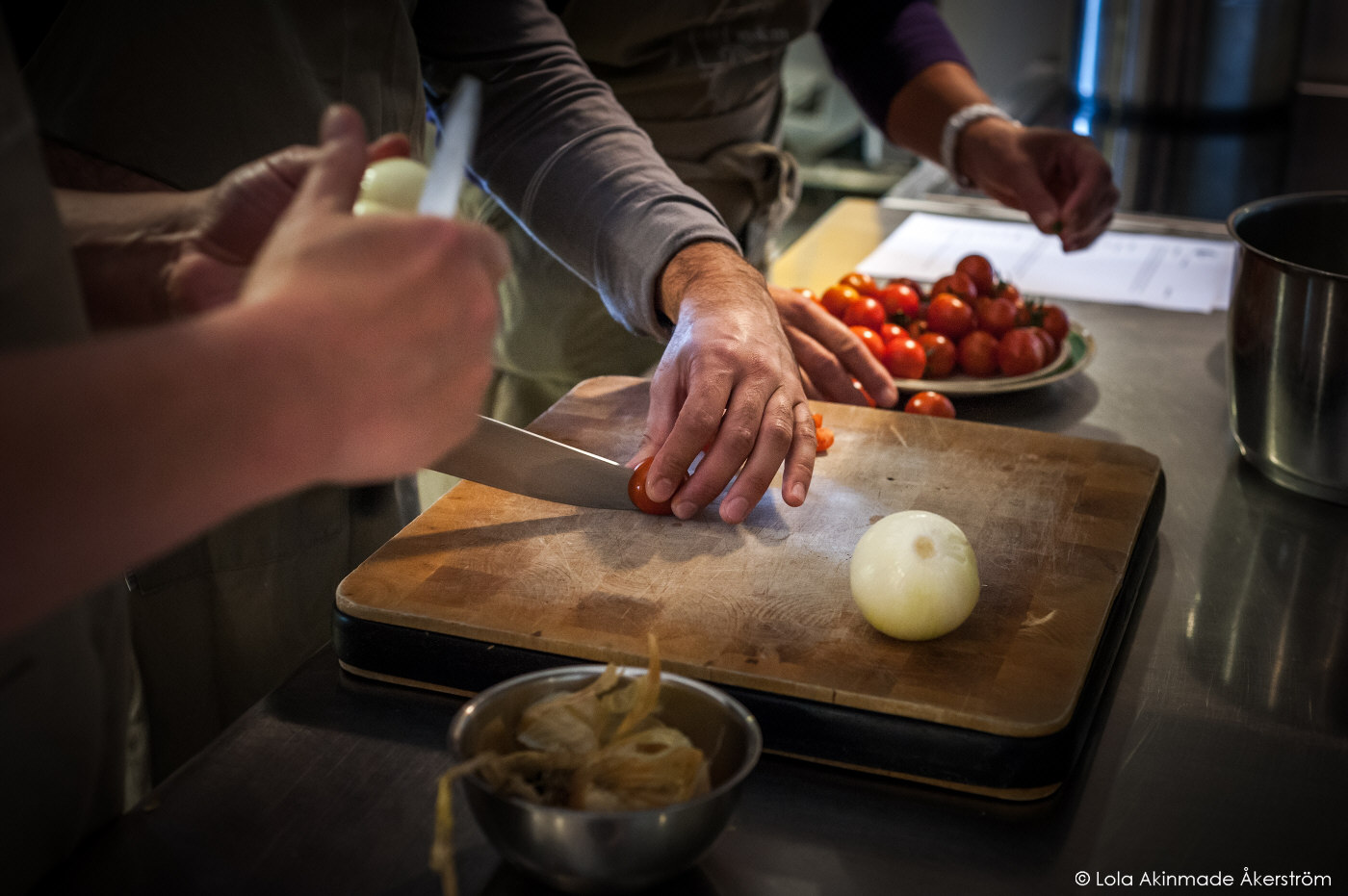 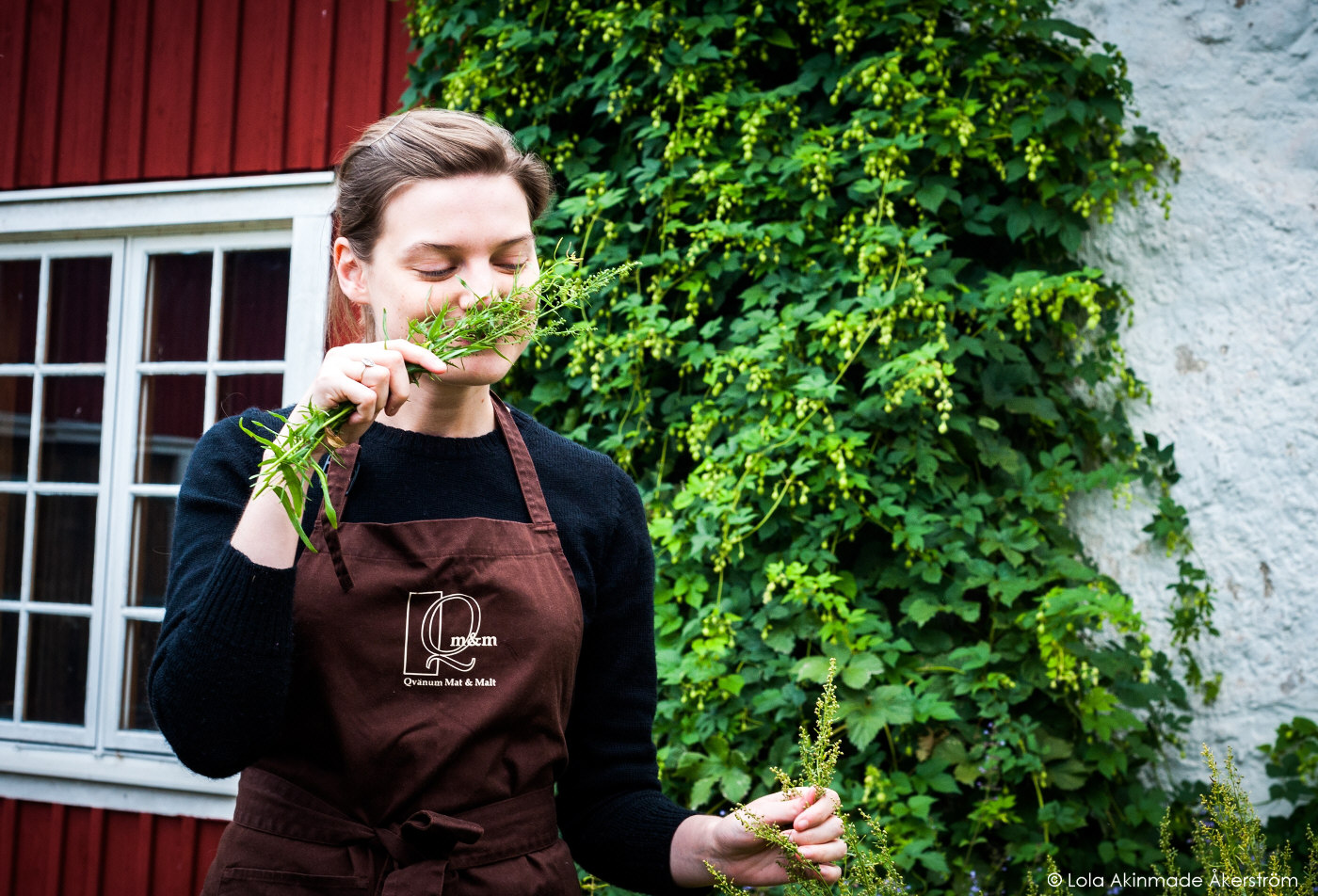 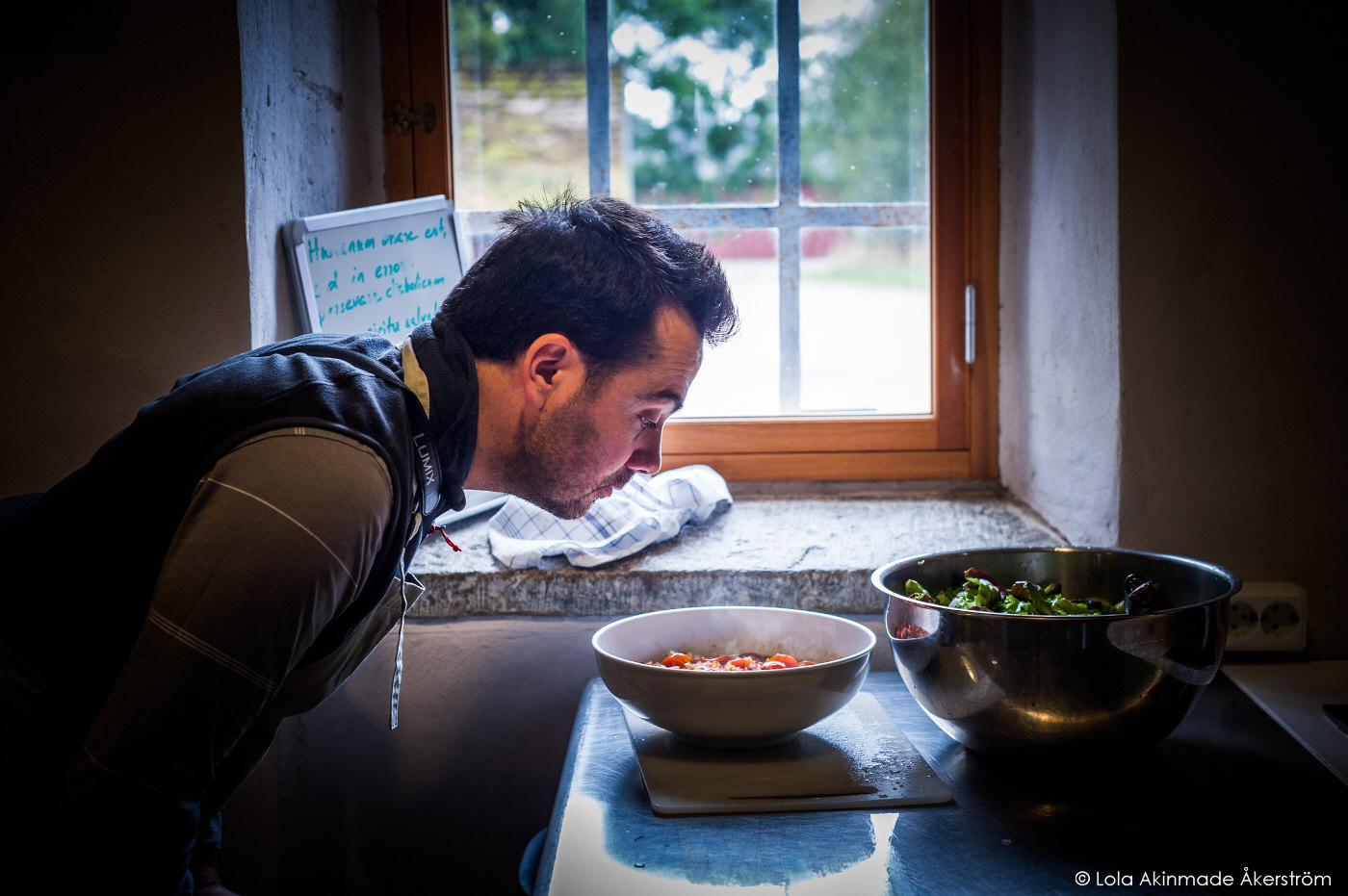 Check out more stories in my Gothenburg Files and West Sweden Files, including more photos from West Sweden in my image bank.