Their chatter died down to a hush the second they heard my footsteps approaching from around the corner.

Five heads, shaven and pale under fluorescent airport lights turned to watch me walk past. I marched on, fully aware of those eyes trailing my steps. In an usually sparse corner of the airport, the silence was unnerving, but I marched on unflinching, head held high. Inside, my heart was glad I hadn’t been strolling past them down a back alley at night.

One of them cracked under the tense silence, letting out a low snicker, and with that gesture, I was immediately on those skinheads’ radar.

Before relief washed over me once at my gate, I spotted two police officers waiting nearby, and I immediately knew we were going to be sharing the same flight. Their raucous banter reached us before they did, and I was once again on their radar. I also happened to be the only black person boarding which meant their eyes were all over me, making my skin crawl, trying to intimidate me, the nearby officers their only deterrent.

Everyone noticed them, including my middle-aged white seatmate who seemed to overcompensate by adding more love where hate was trying to squeeze it out in full view.

But they couldn’t help themselves.

While deplaning, the same one who’d cracked under our silence with a snicker, the youngest of the lot, turned to me a random stranger. 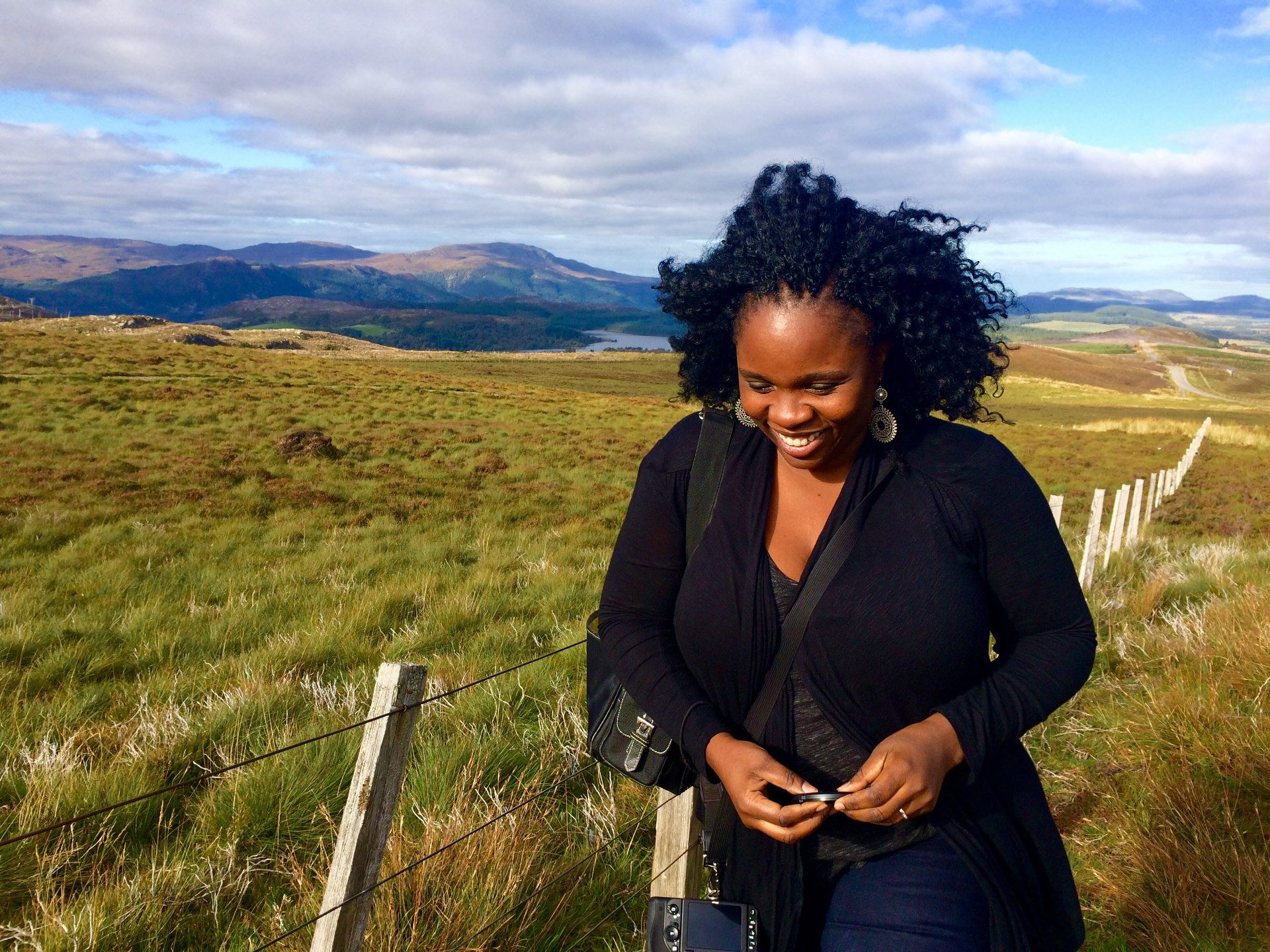 This wasn’t my first encounter with racists. I get the occasional trolls and bat off prejudice within my social and career circles in one form or the other on a weekly basis. I’ve had in-person encounters as well over 20 years of independent travel.

But this brazenness is what 2016 unleashed and subsequently fueled.

The subconscious normalization of hate where people hidden away from light in very dark corners can now openly assault under daylight, empowered by rhetoric, while others turn away. I’ve already shared my thoughts about the emotions that coursed through me right after the US elections.

My overarching message was that those who said they loved me yet voted for this new world that clearly puts me in danger just for existing as a black woman really don’t.

And you know what’s equally as terrifying as blatant prejudice to me?

Those who silently exclude because they feel threatened by you. Who quietly work behind the scenes to undermine because everything they’ve ever been taught was that they are the only ones who were always meant to wield power. Those who seek to constantly compete instead of logically collaborate. Who steal because they can’t create. Who buy loyalty through superficial means. Who can’t share space with others. Especially “others” who don’t look like them.

And they’ll do everything to hang on, lest a black Nigerian woman who happens to be very accomplished in many ways from diligently putting in years of hard work, threaten that fragility.

So while 2016 was one of my strongest years as a freelancer and entrepreneur in terms of all the amazing work, projects, and travel (which I am super grateful for), it was also one of my most emotionally draining. Turning on the news was not only depressing but it pushed me to the brink of hopelessness a few times. A place I never, ever want to tread again as a person of faith.

Always be prepared to give an answer to everyone who asks you to give the reason for the hope that you have… 1 Peter 3:15-16

Because if I found that snickering skinhead lying on the side of the road injured, I want to remain that person who will always reach out to help a fellow human being. Even if they’ll never do the same for me.

So my focus word (or phrase, o ye grammar police) for 2017 is simple… Self Care

It will be a year of additional culling. One which started in 2016. Of time wasters and energy suckers. Of noise and unnecessary social chatter.

It will be the year of alone time and quiet meditative spaces. Of revitalization and rejuvenation. Of less impulse and more calculation. Of spiritual growth and continually processing the world through wisdom from a higher place.

Of guarding my very vulnerable heart while still being as compassionate, empathetic and kind as I can be.

Of giving to those who need it the most, not to the metaphorically rich who feign poverty.

Of digging back into that well from which my creativity springs.

It will be the year of more cathartic writing. More for the heart and less for the coin.

Of delegating as a way of self care. Of investing time in solid projects, partnerships, and relationships which have been very good to me and pursuing many more worthy causes.

Because if I am to continue fighting injustice, inequality, and prejudice even within my own professional circles, I can’t do so on blanks and need to fully reload in every possible way.

So on that cheery note, what are your own focus words and goals for 2017?