“Don’t shoot what it looks like. Shoot what it feels like.”… David Alan Harvey, legendary Magnum photographer.

I’m still trying to fully process 2016 – its highs, its jarring lows and surprises, and the uncanny way it made us grab on tighter to loved ones, count our blessings, and practice gratitude immediately.

While there were so many events that shook us to our very core, there are even more reasons to be grateful, not the least our health, safe loved ones, and freedom of choice.

And the flexibility and financial means to be able to travel continues to be a source of gratitude for me. More so, travel is also my work. Both my pleasure and my pay.

I always log thousands upon thousands of travels miles each year and 2016 was no exception with 15 international trips to everywhere from Liechtenstein to Scotland; including multiple returns to Italy (3 times – Lombardia, Reggio Emilia, and Venice) and Germany (twice – Berlin and Munich) in the same year. I also went on many fun assignments with tons of solo and family travel thrown in too. Plus 2017 is already shaping up to be quite the year of adventurous travel too (super excited!).

So I wanted to share a couple snapshots that have stuck with me from these travels.

As always, the photos that do well on social media aren’t always the ones the photographer themselves truly loves. That’s why I love putting together these end-of-year photo posts so you can see which photos I personally connected with.

Here are some of my favourite photos of 2016 and a few anecdotes about them.

I explored the UNESCO World Heritage cities of Mantua and Sabbioneta often overlooked by travelers and overshadowed by Milan’s glare and the lure of Lake Como. Crowned as the 2016 Italian Capital of Culture, Mantua dates back to the 14th century and is coated with some of the most beautiful Renaissance-era frescoes in the world.

But my favorite fresco lies within Sala dei Giganti which tells the mythological tale of Jupiter defeating the giants by throwing lighting from atop Mount Olympus. The painting envelopes you in a 360-degree fashion and you don’t see it coming until you’re sucked into its depth.

My metaphor for Mantua – finding arresting beauty as you turn into unexpected corners. 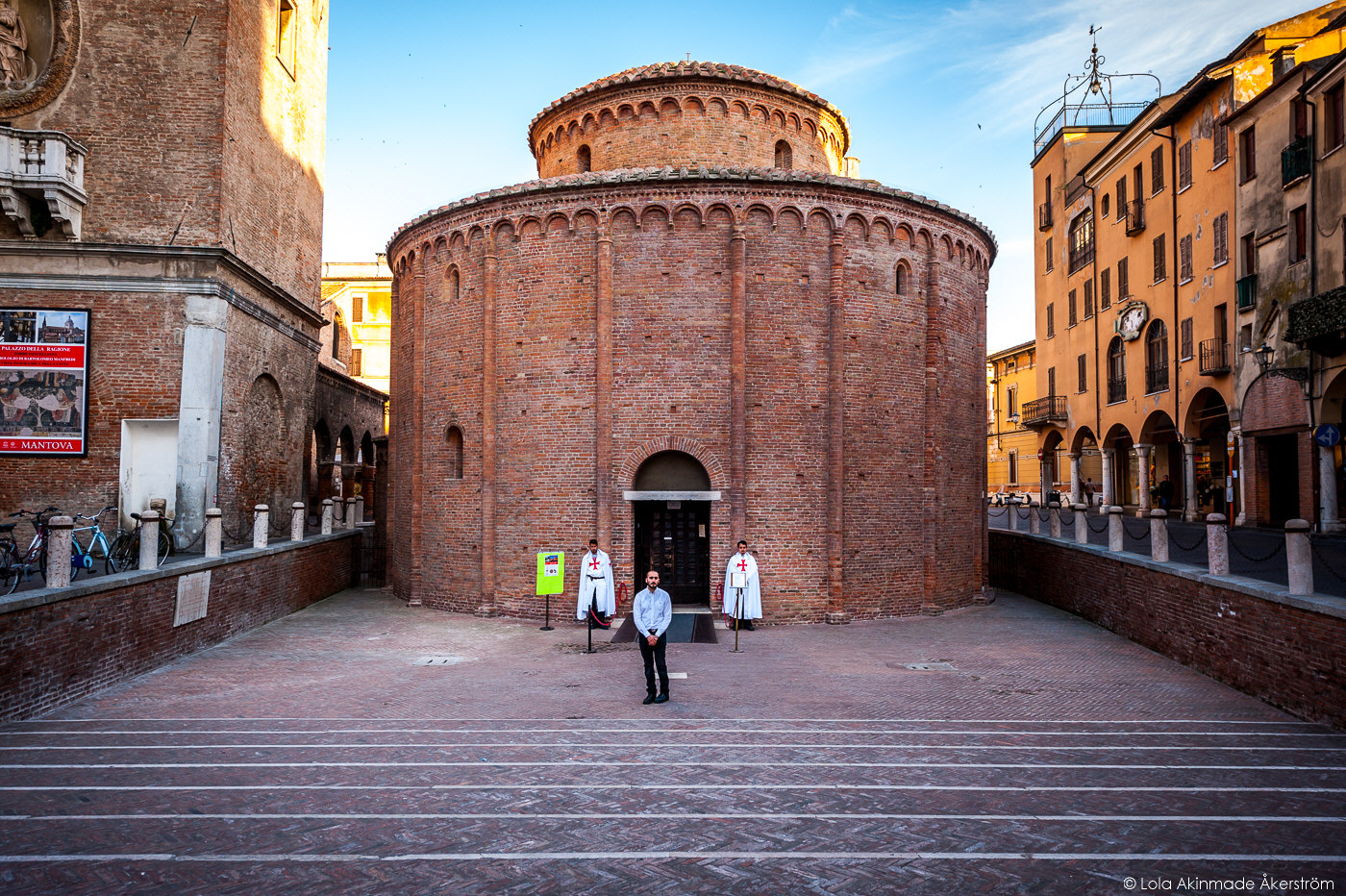 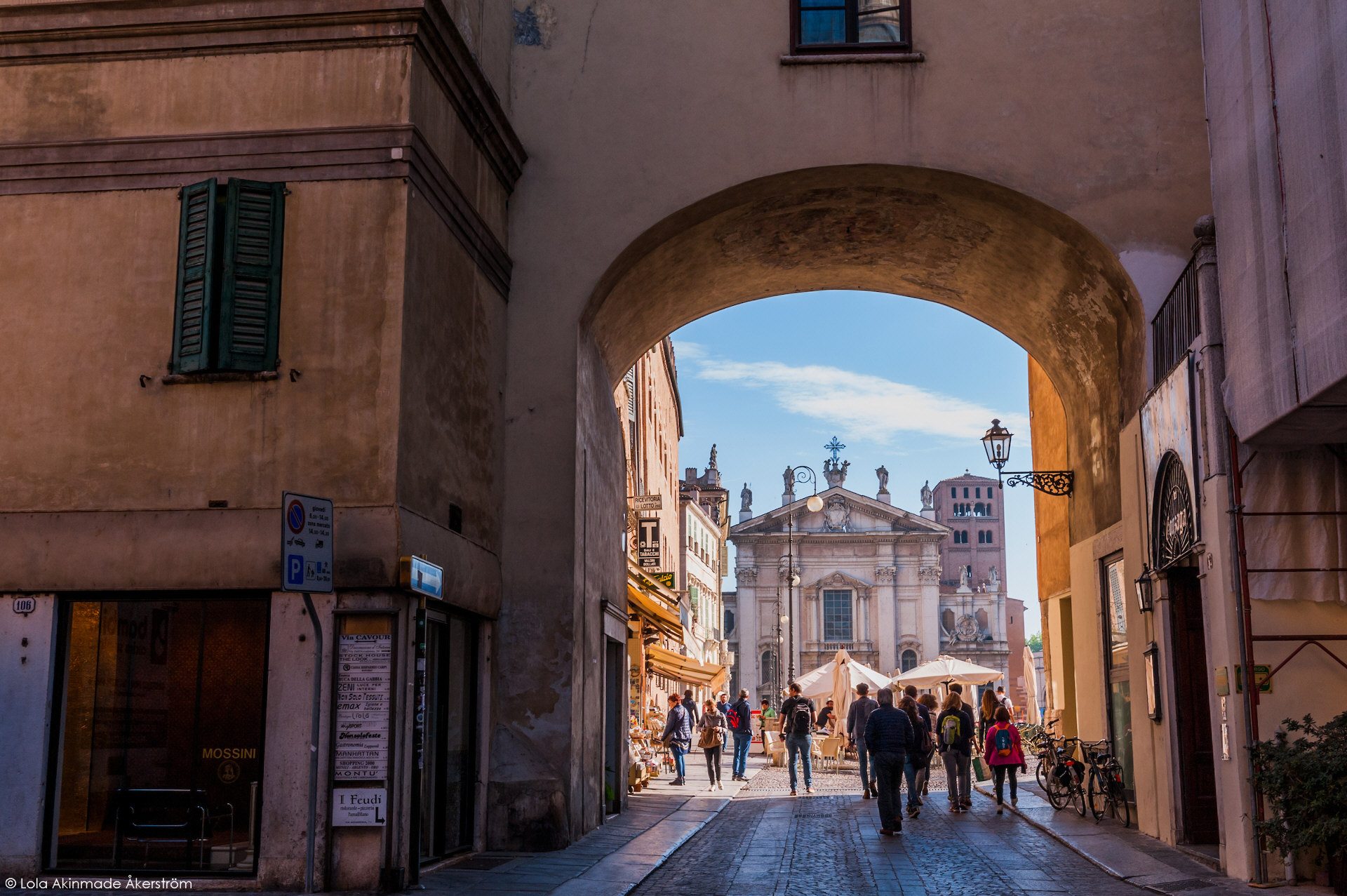 In the heart of Sabbioneta’s main square – Piazza Ducale – is where I met one of its most eccentric citizens at the antique store, Antic DAL Conte Della Cont Moretti Dott Eleonora. Remnants, artifacts, statues, historical décor, marble, wood, wrought iron, chandeliers, ceramic busts, mirrors, wooden furniture, silver, and other vintage items and antiques which had been salvaged from Sabbioneta’s various palaces and medieval villas can be found in this store.

Floors upon floors of artifacts and its gatekeeper Count Michelangelo Moretti II – a real count complete with top hat, bowtie, and real familial ties to the dynasty –  who lives among them.

I could feel those medieval statues and their eyes following me as I explored the dark depths of that antique house. And I dared not bring anything back with me, lest I bring back spirits attached to those relics. You can view more photos from my time in Sabbioneta. 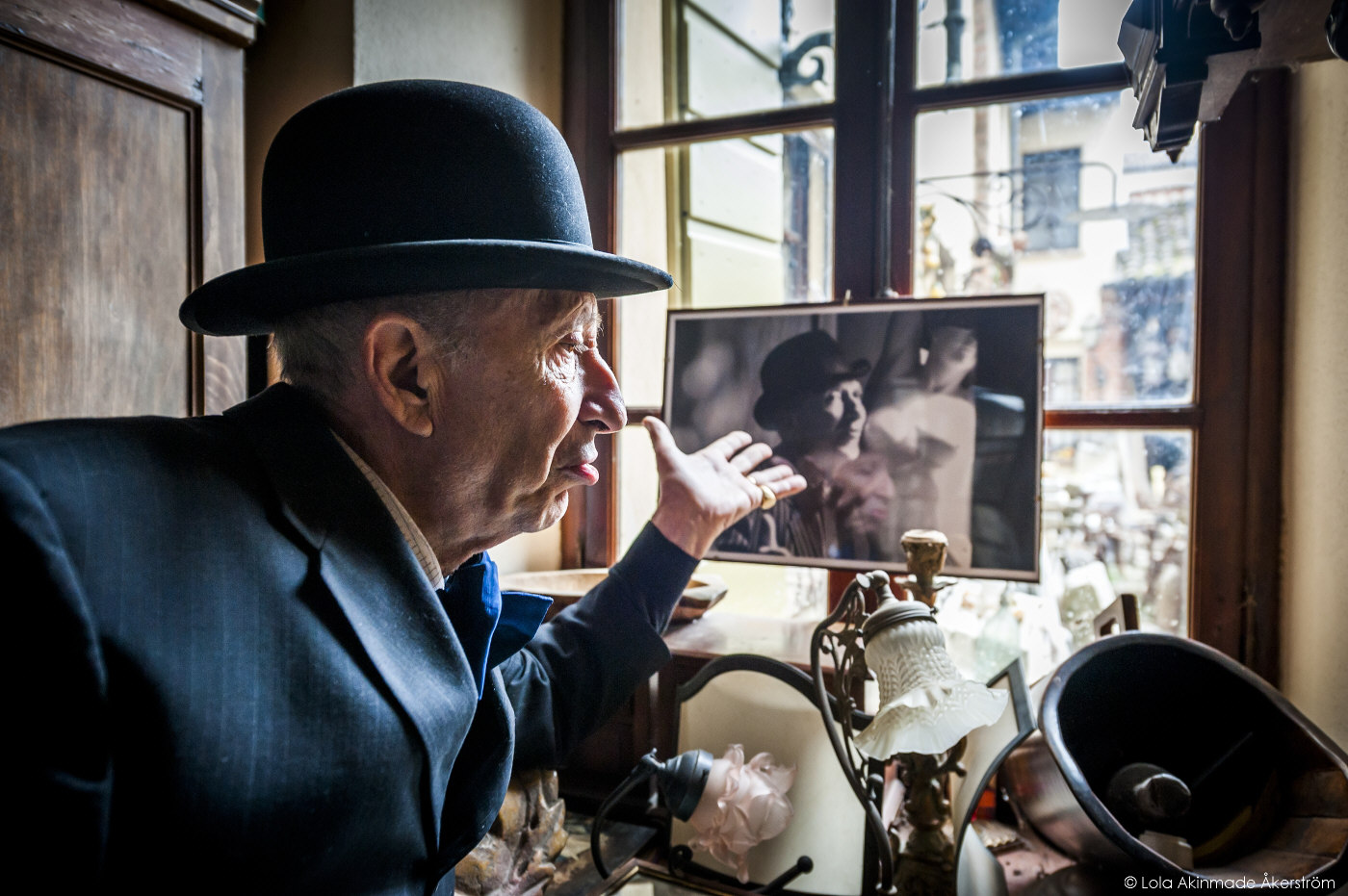 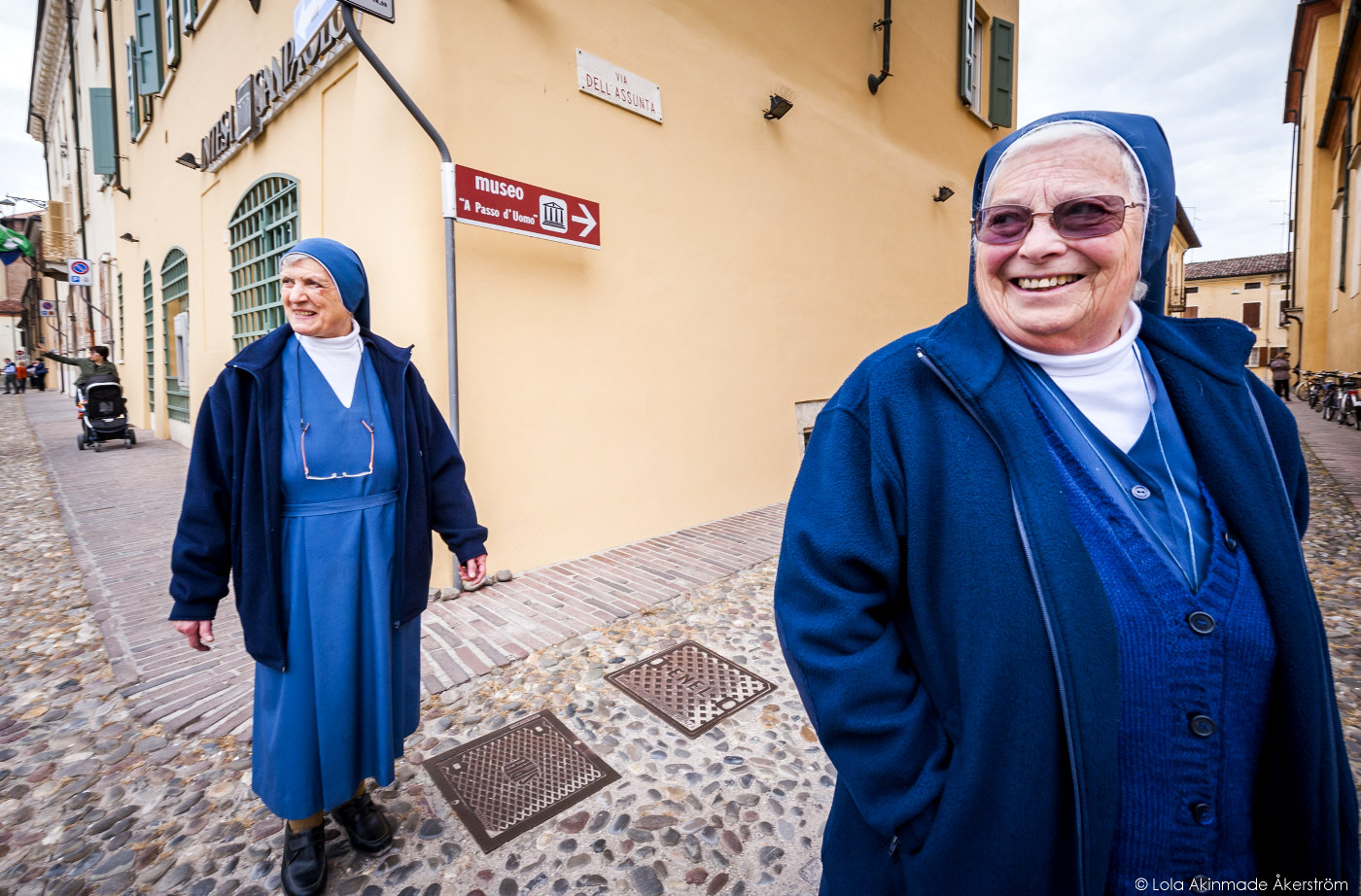 The air in the fully packed white tent pitched along Grebbestad‘s waterfront was charged. The roars erupting from the crowd within felt out of character. After all, Swedes have been raised to keep their cool. Even after winning the lottery. Yet the vibe emanating from that tent was akin to being at a WWF wrestling match.

Except I was watching bearded guys crack open oysters at breakneck speed in the Nordic Oyster Shucking Championships. I love the photo below of the guy assessing his competitors’ oysters which they’d opened up.

While in Grebbestad, I also got to go on an oyster safari during an unbelievably calm and beautiful day as well as eat some of the best Arctic char ever at Grebys Restaurant. If you’re ever in town, I highly recommend this restaurant as every single thing that touched my lips from its menu was exquisite. 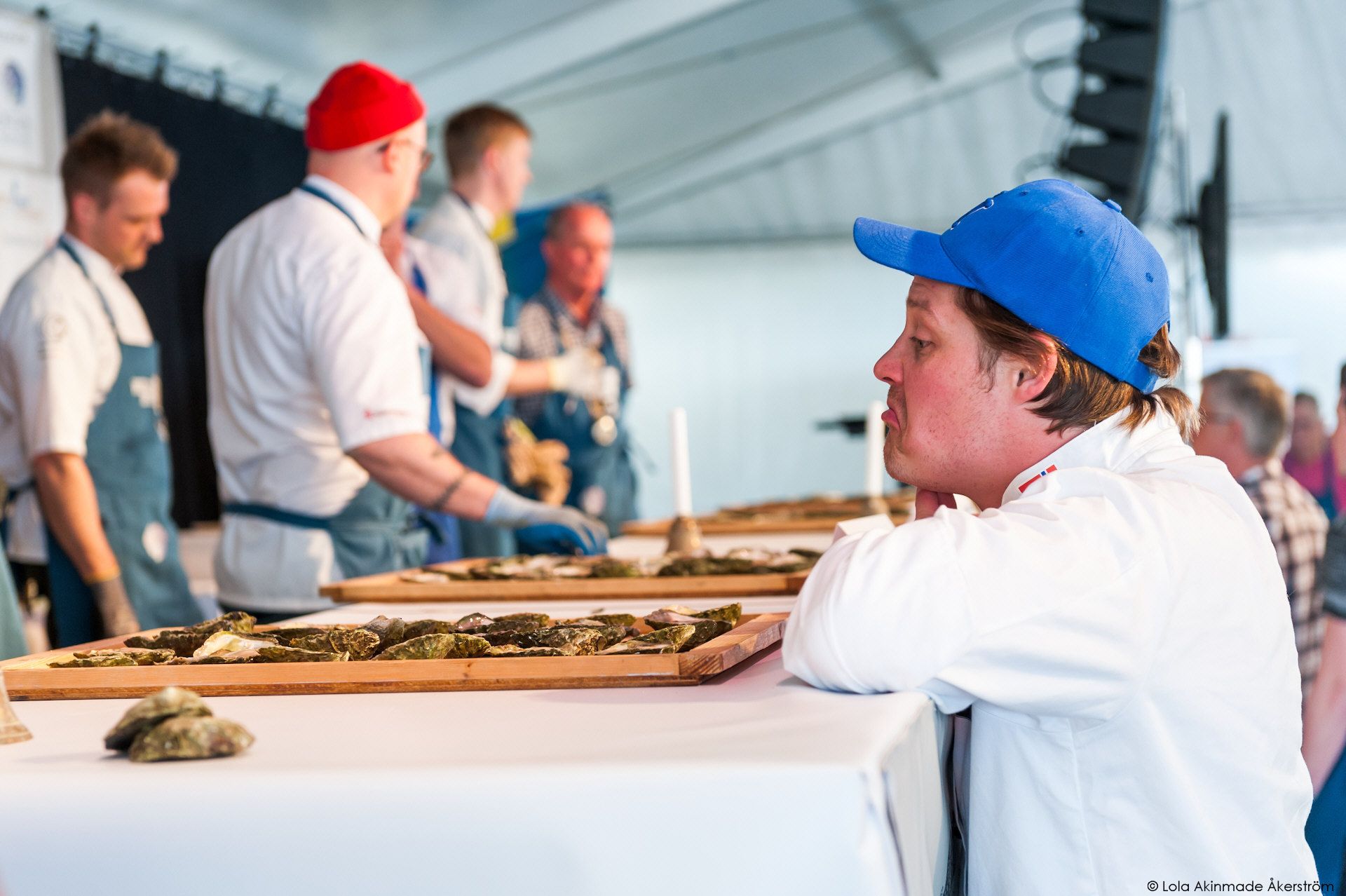 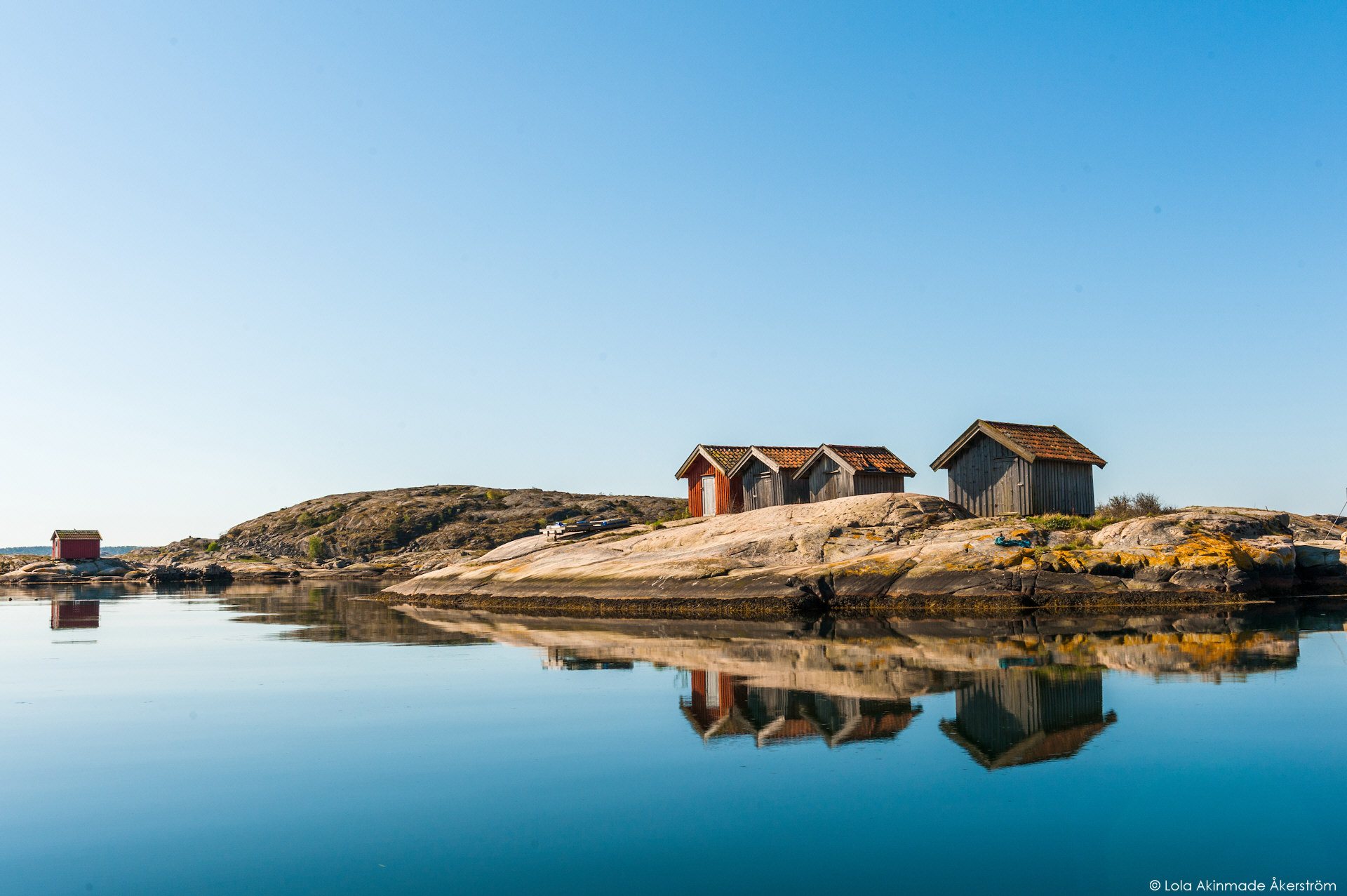 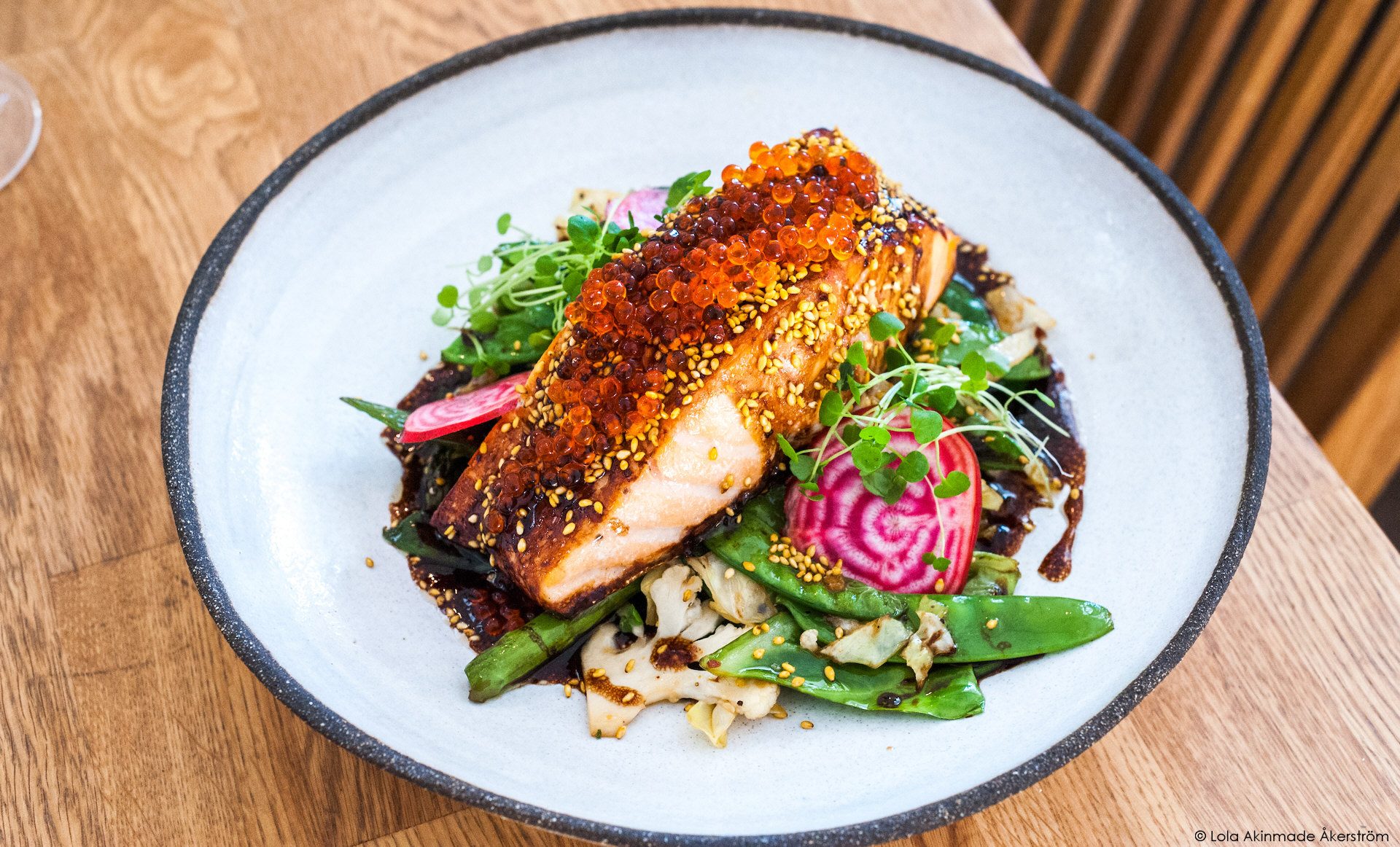 I recently shared 50 visual reasons why you should visit Lucerne, Switzerland, and I am quite surprised it had taken me that long to visit this particular Swiss city. I described Lucerne as an elegant middle-aged lady. One wearing off-white pearls around her neck as she crouches on her knees in the dirt beneath a wide-brimmed hat, tending to her rose garden while wearing rubber gloves. Lucerne sits lakeside on a white wicker chair on lazy Sunday afternoons poring through romantic thrillers. This is after she has completed her morning Pilates session and has finally booked that trek to Kilimanjaro.

Because Lucerne is worldly. She blends old money with new enterprise, wisdom with youthful exuberance, and yet, still feels very approachable and makes you feel at home. 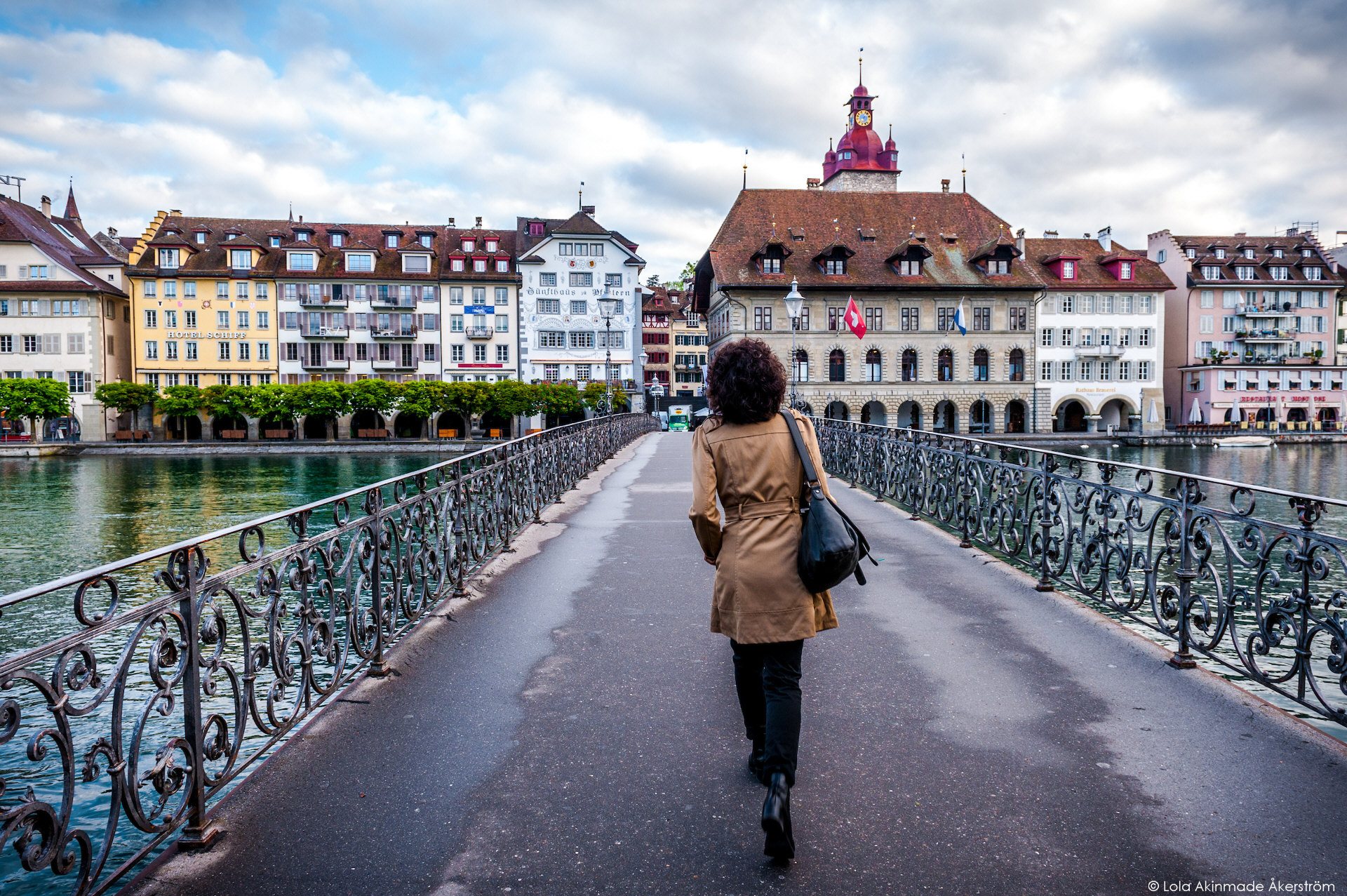 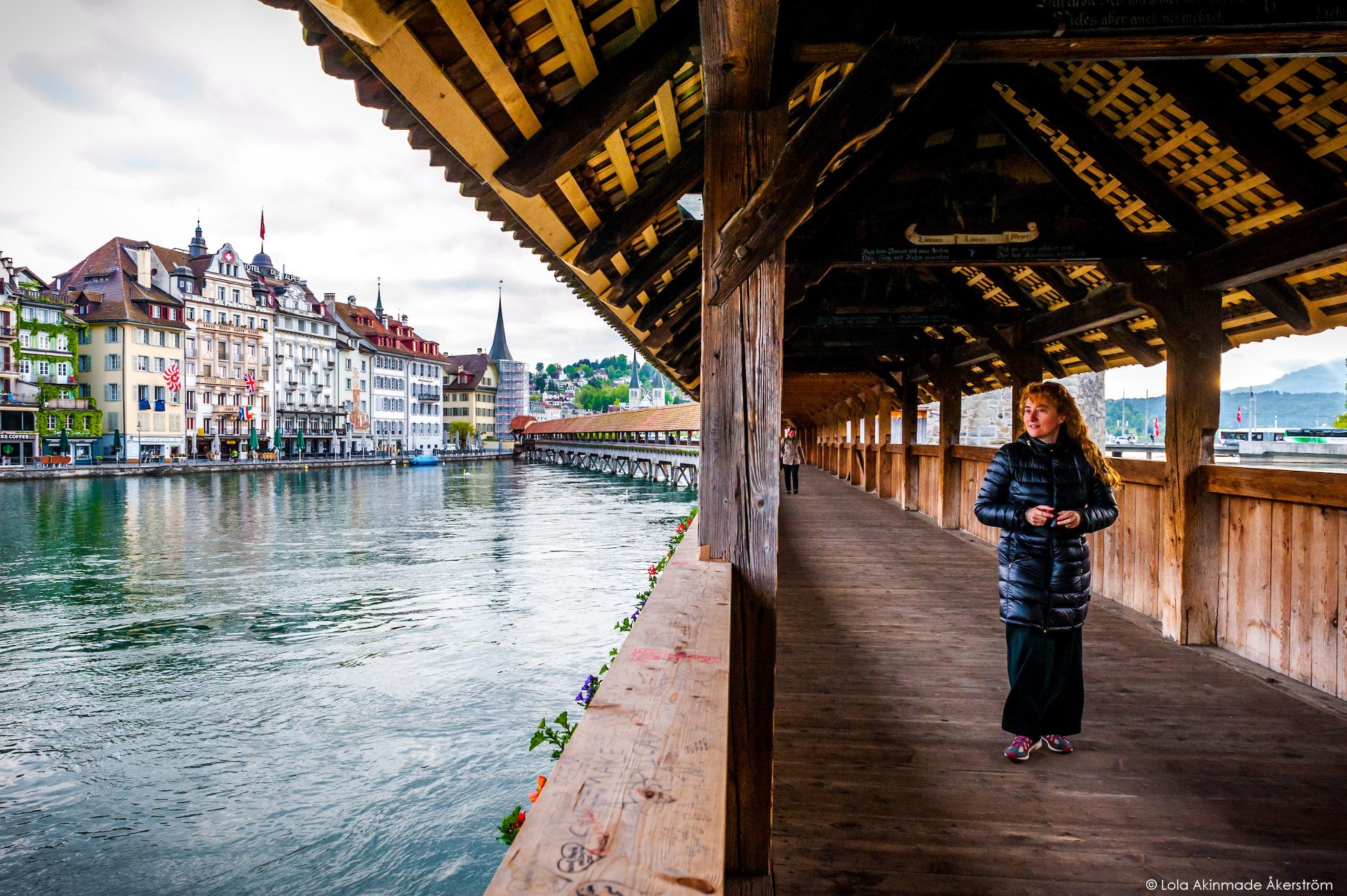 I really enjoyed going up to the village of Triesenberg while in Liechtenstein because the views from that vantage point were insane. While in Triesenberg, I strolled over to nearby Restaurant Kainer in search of some good schnitzel which I’d been craving since I arrived. I walked into an old-fashioned diner – all wooden décor – with direct views of the mountains and valley below from its outdoor patio. Besides two other men drinking beer silently, the lovely Daniela came up to welcome me in. She made sure I felt like I had the whole place and vista to myself. 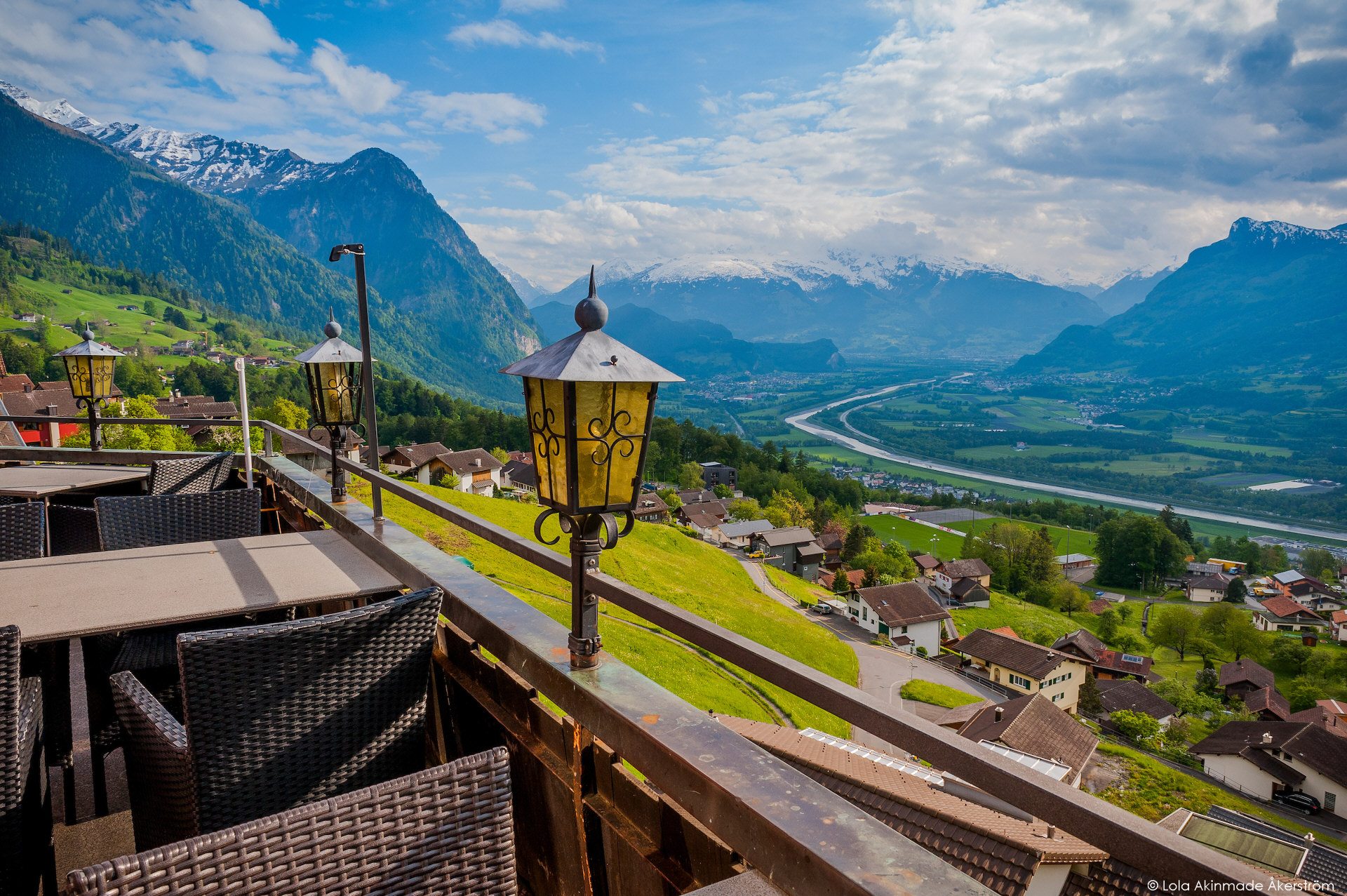 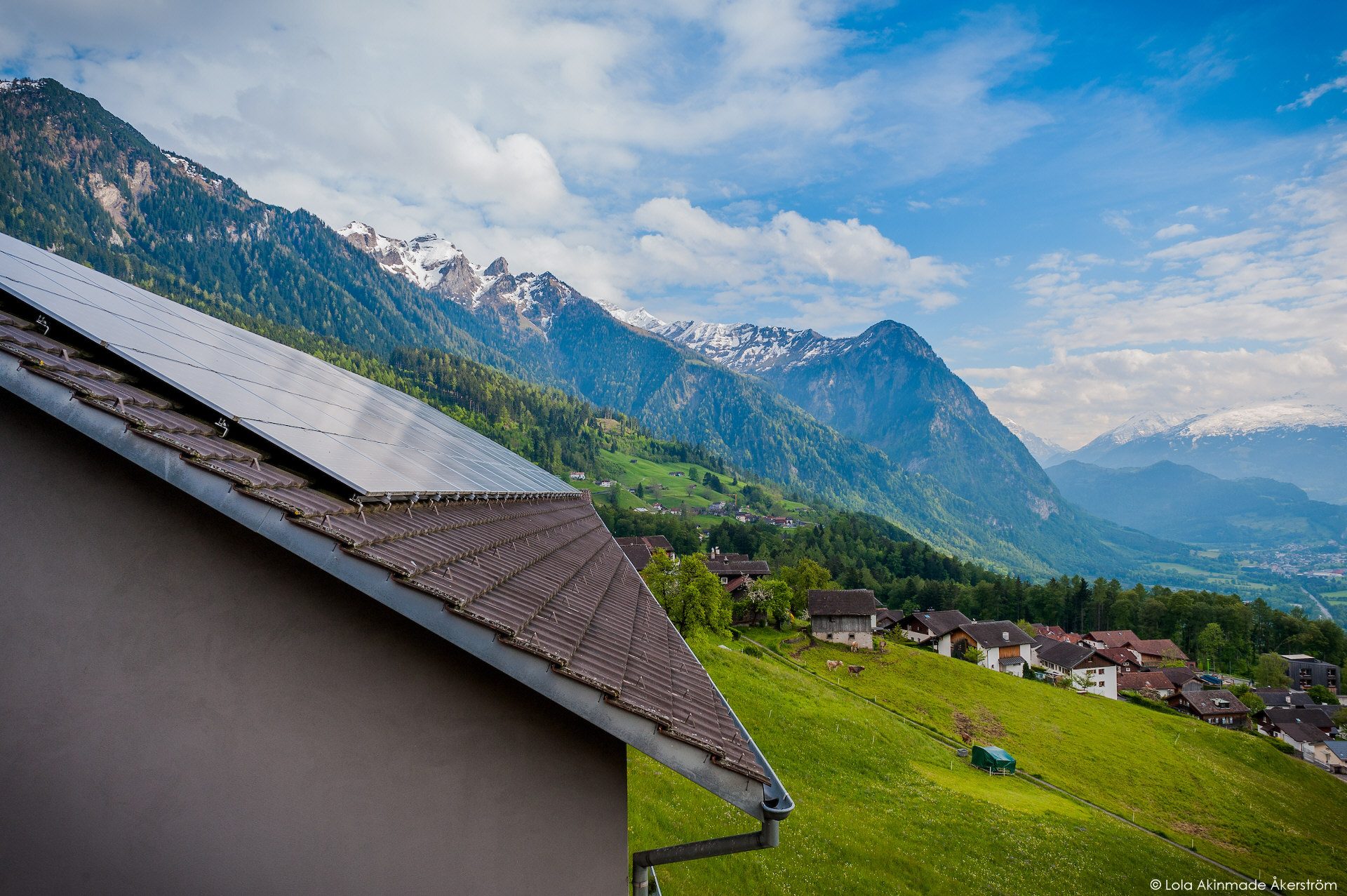 While traveling around Ireland’s Ancient East, I had the pleasure of meeting farmer Joe O’Connell who literally inherited a medieval kingdom at Jerpoint Park. He fell in love with Jerpoint Park when he was driving by the outgrown land 11 years ago. He saw the sprawling 115-acre property, its old manor Belmore House, and was instantly sold. But beneath the dense vegetation cover lay 12th century ruins of the Church of St. Nicholas, the very grave of the saint himself, and remnants of the medieval Lost Town of Newtown.

I love all the photos I shot at Jerpoint Park but I really love this shot of Farmer Joe because it really does capture his jovial, down-to-earth and wise spirit. 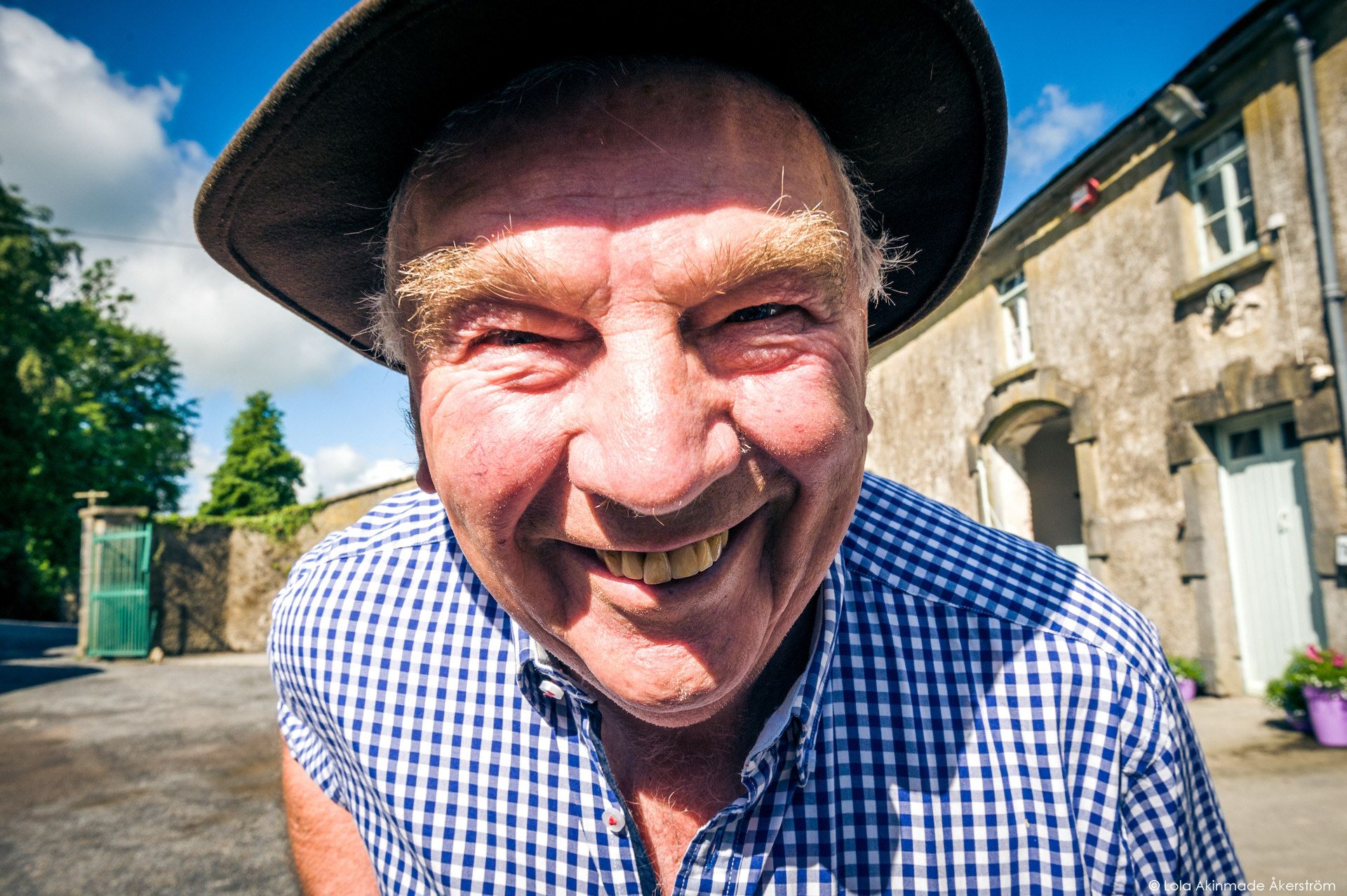 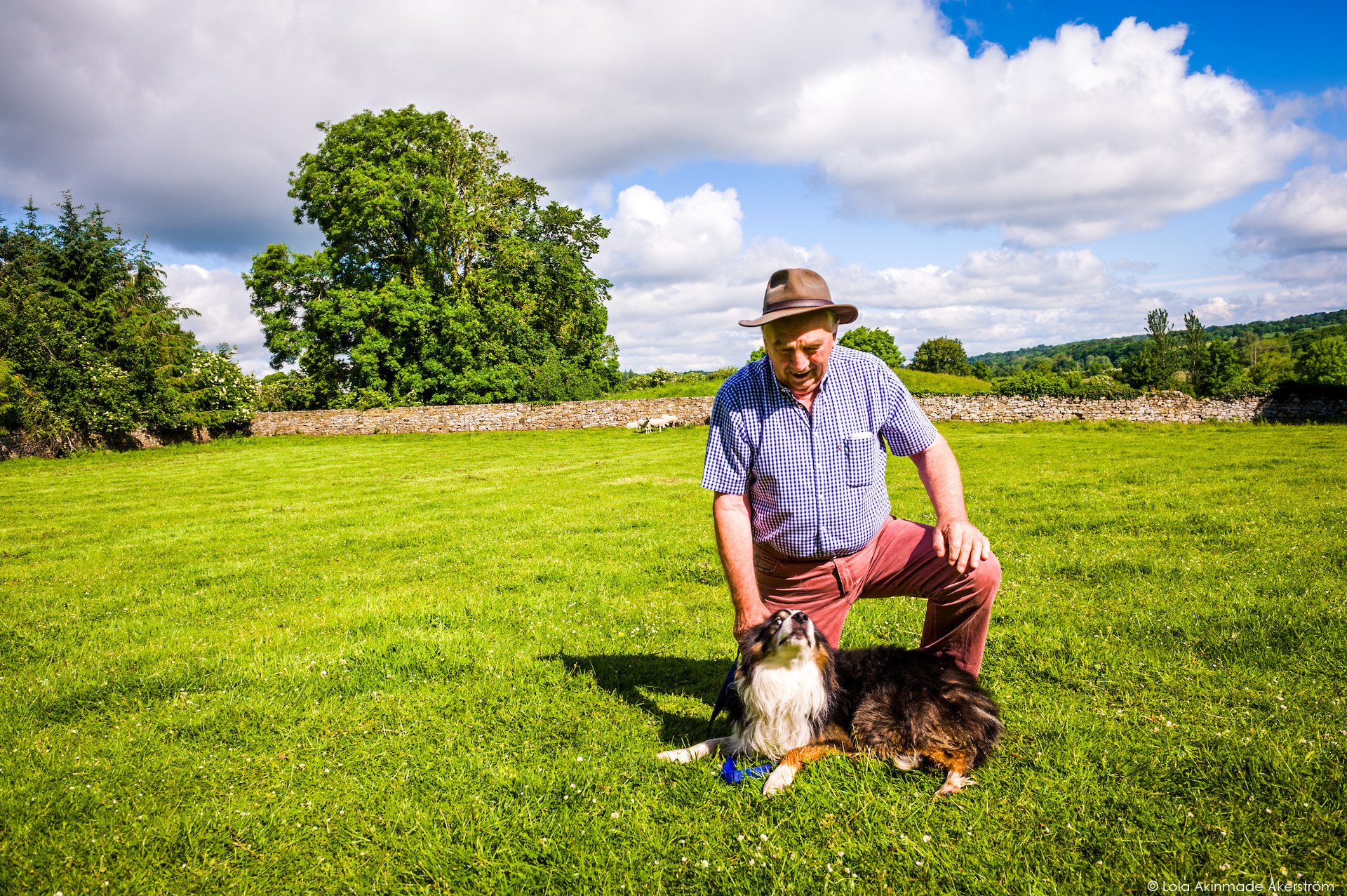 If you follow this blog, you already know that I have a shameless crush on the entire country of Scotland. One that gets my heart rapidly beating at the mention of its name. I do a lot of jump shots most places I go but this particularly one where I’m preparing for a jump is one of my favourites from 2016. It mirrors those “Shifting gears” updates I post on FB when I’m about to embark on some solid work, project, collaboration or life change. I reckon I’ll be shifting a lot of gears in 2017. 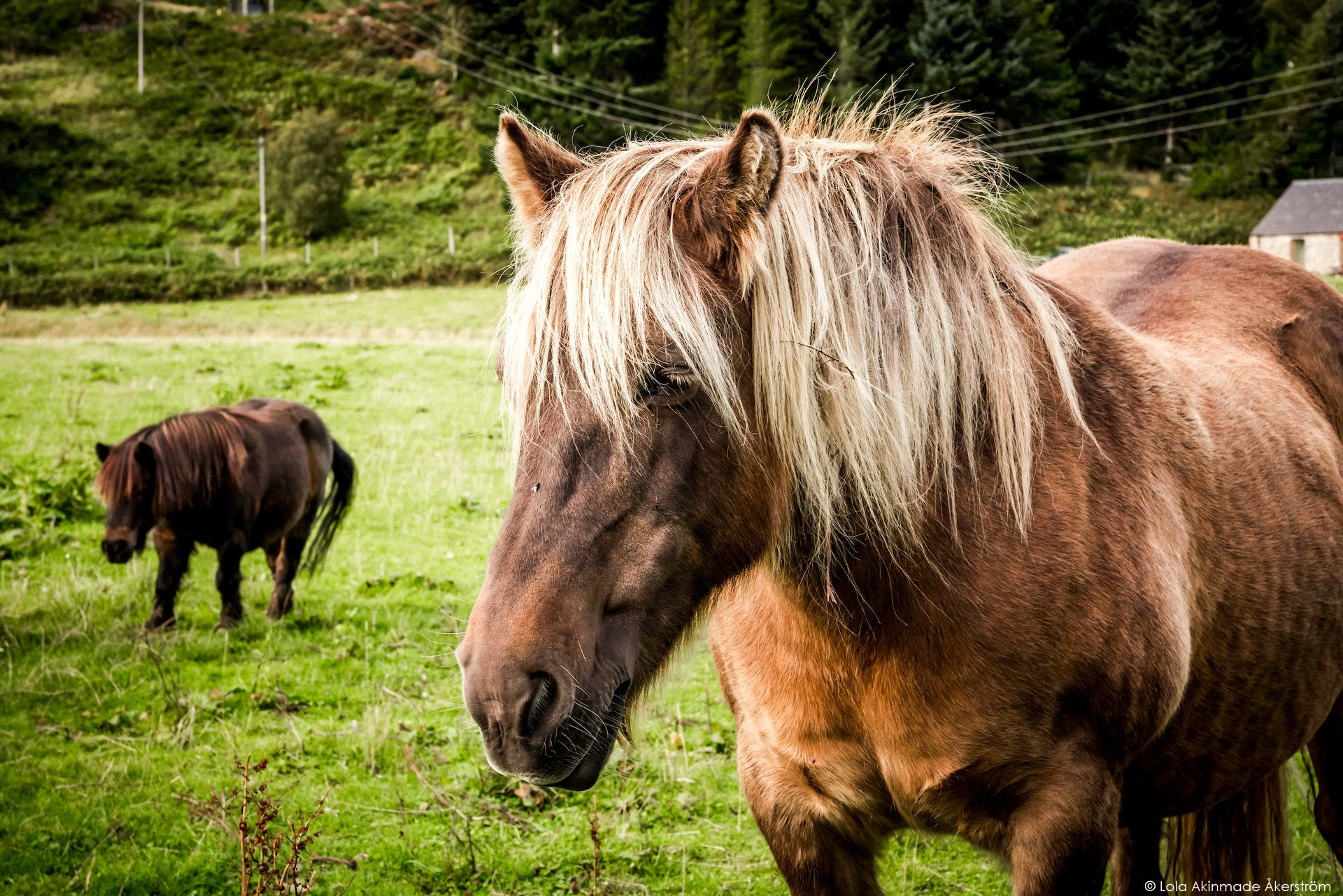 I traveled on a photo assignment to Selbu, Norway, for Korean Air and my task was to document and capture how the Selbu rose tradition has so permeated this small village in the middle of Norway. The high point for me was spending quality time with Selbu’s Folk Museum  director Birgitta Odén, a wonderfully vibrant lady with a warm soul,  bright red hair, and a living manifestation of what it is to live and breathe a cultural tradition. 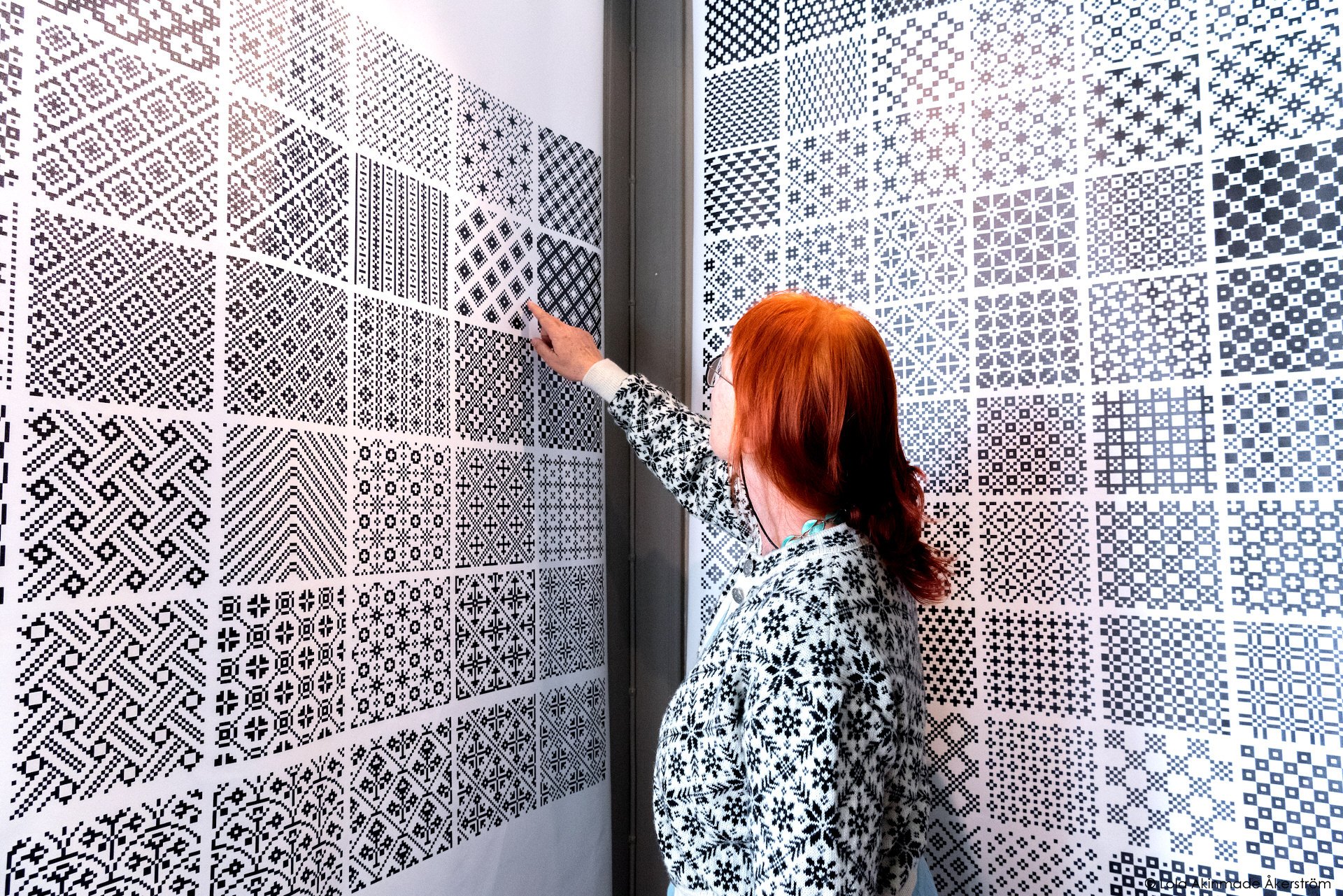 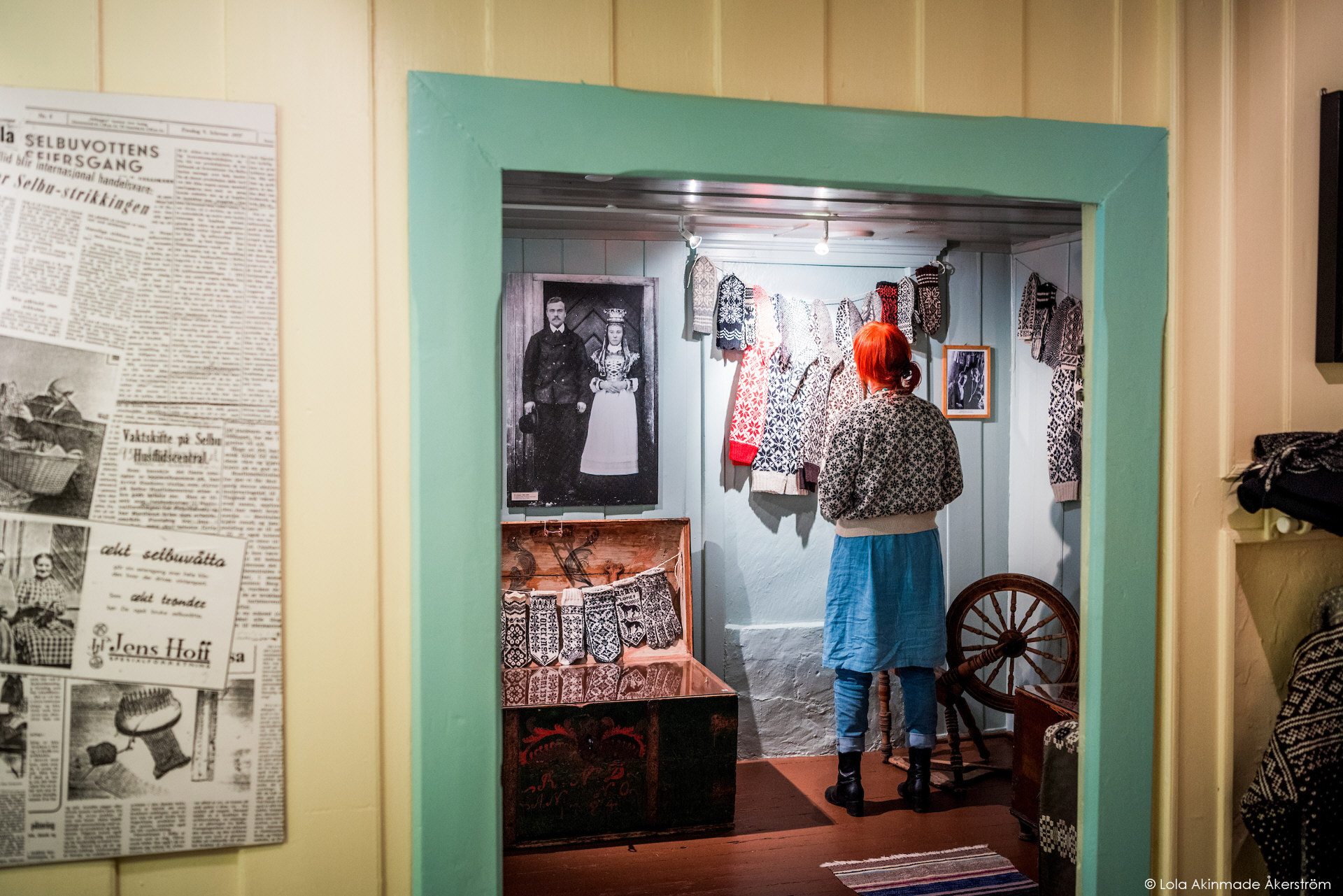 I recently explored Munich’s Christmas Markets which, as expected, were colorful, full of energy, and filled with sweet wafting seasonal foods and spices. I took a ton of photos but these particular ones are my personal favourites and for me, captured the warmth and what I felt while there. That joyous cozy feeling that the Christmas season brings. Where looking at dancing bears and toy trains running on tracks in store display windows feels absolutely normal within context, harkens to your childhood, and helps you revel in the simplest of mundane things joyfully. 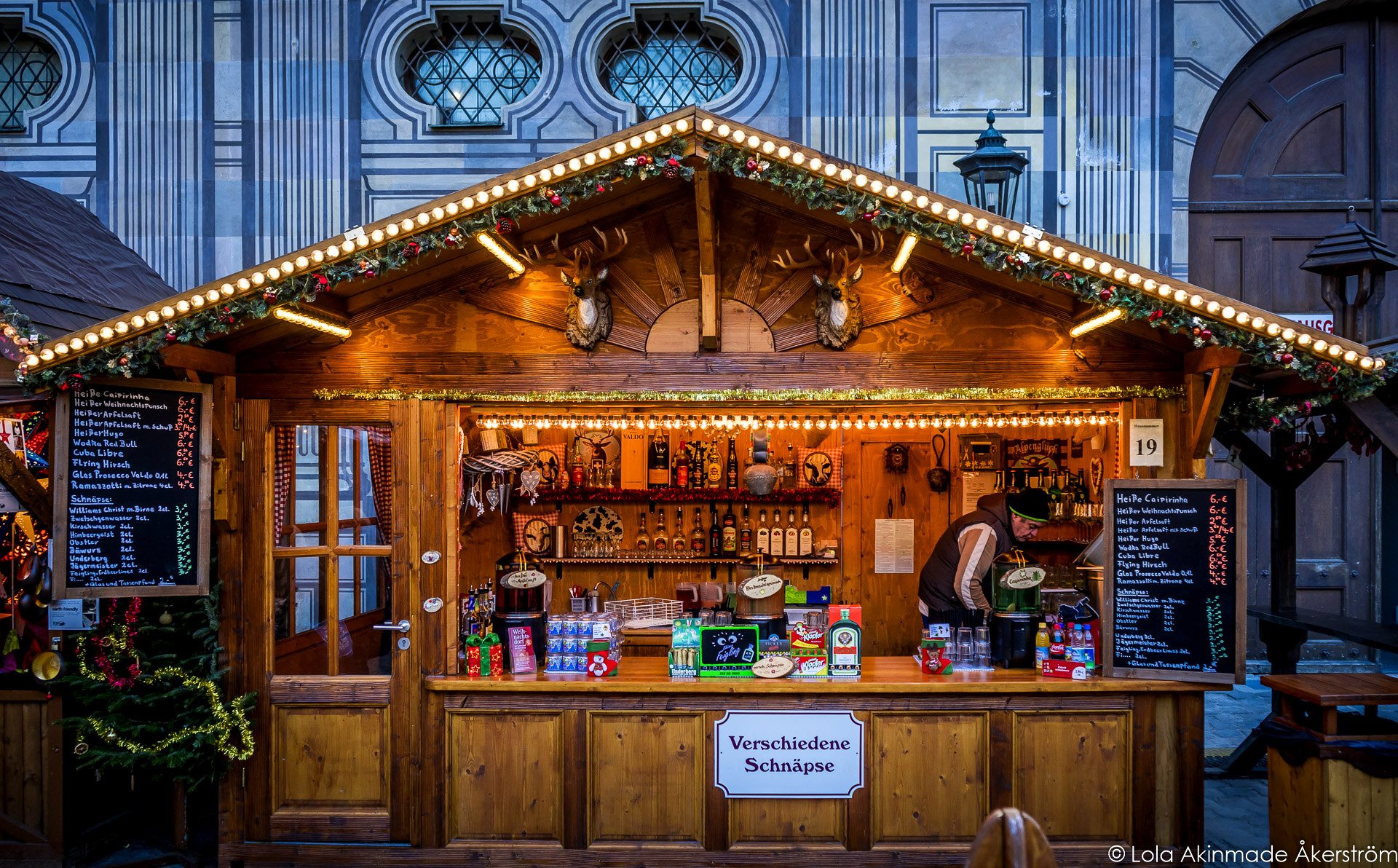 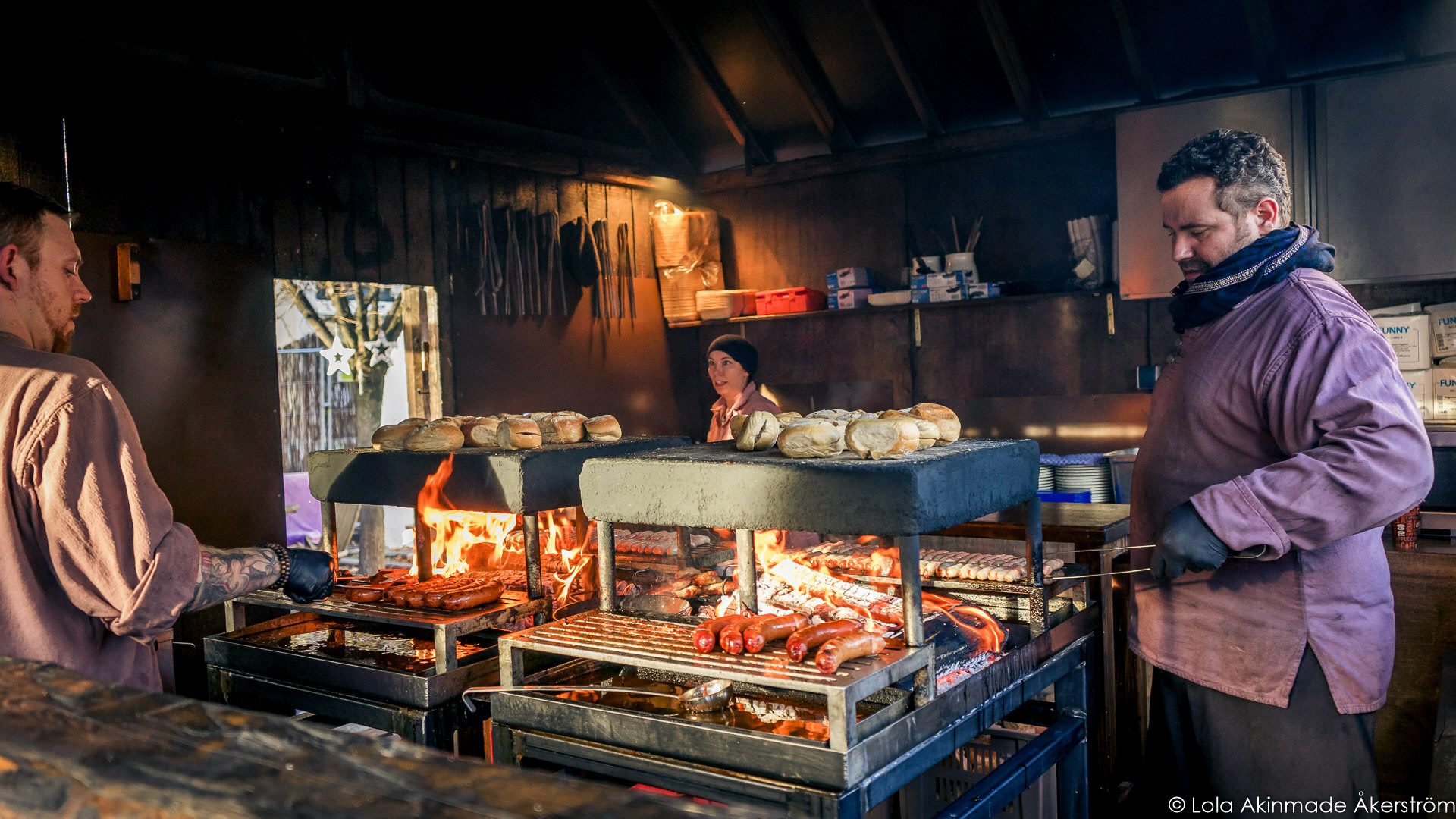 Yes, Venice is overrun by tourists. Yes, riding around on a gondola is as cliché as it comes. Yes, Venice can be buried beneath a mass of tightly packed bodies tramping around its squares, photobombing every single shot you try to set up. But I happened to visit Venice in December when the crowds were merely a whisper of what it gets in the summer and Venice’s beauty rose to the surface. From empty corners and side streets to near empty canals. It was then I was truly able to appreciate just how stunning – as in breathtakingly stunning – this Italian city is. 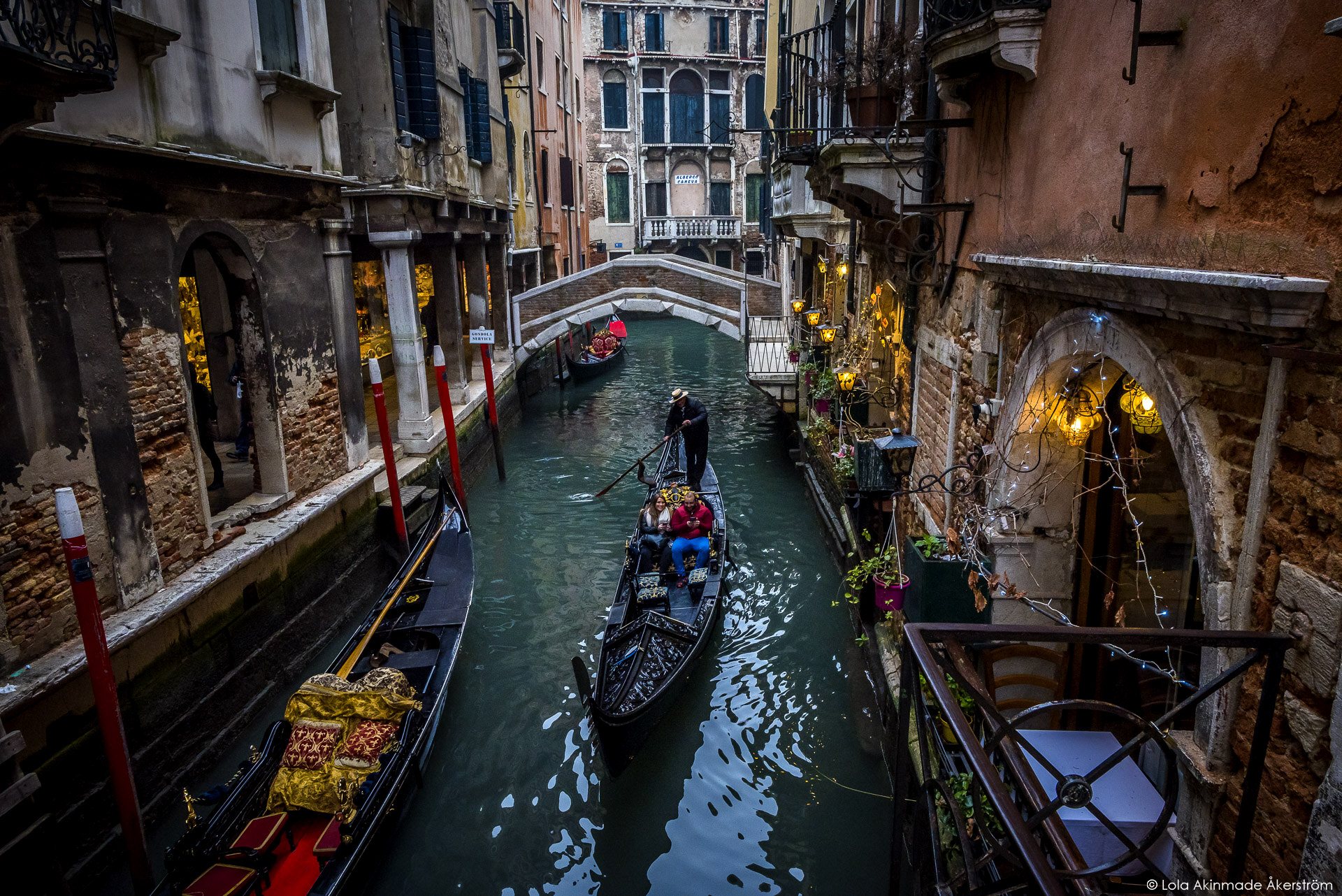 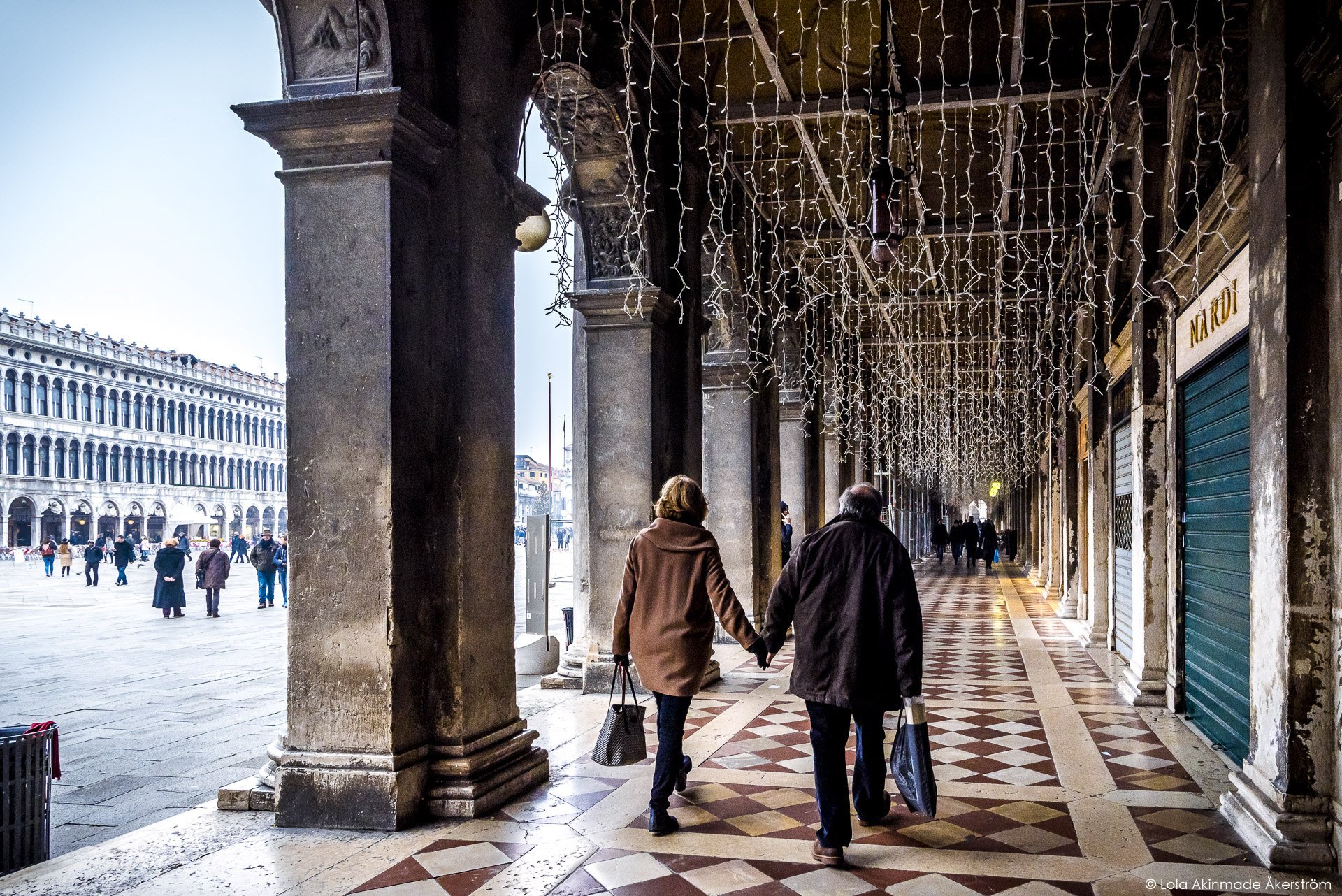 You can view more photos from Venice, Italy, in my image bank. You can also view my favourite photos of 2015.

I’m grateful to have found my own personal style and voice as a photographer but my goal as always is to keep maturing that voice. Breaking it from its teenage croak and young adult shriek as it were until it reaches that calming smoothness that comes with old age and wisdom. In other words, mastering natural light.

Or, as much as natural light will let me master her.

And I plan to take those wise words of David Alan Harvey and fully manifest them on so many levels in 2017.

I have so many visual stories I would love to tell in 2017; some of which I will be actively trying to fund because those voices have haunted me for years and I would really love to get into their world and share their stories through my lens.

So, what story will you tell in 2017? Watch this inspiring video from Photoshelter.