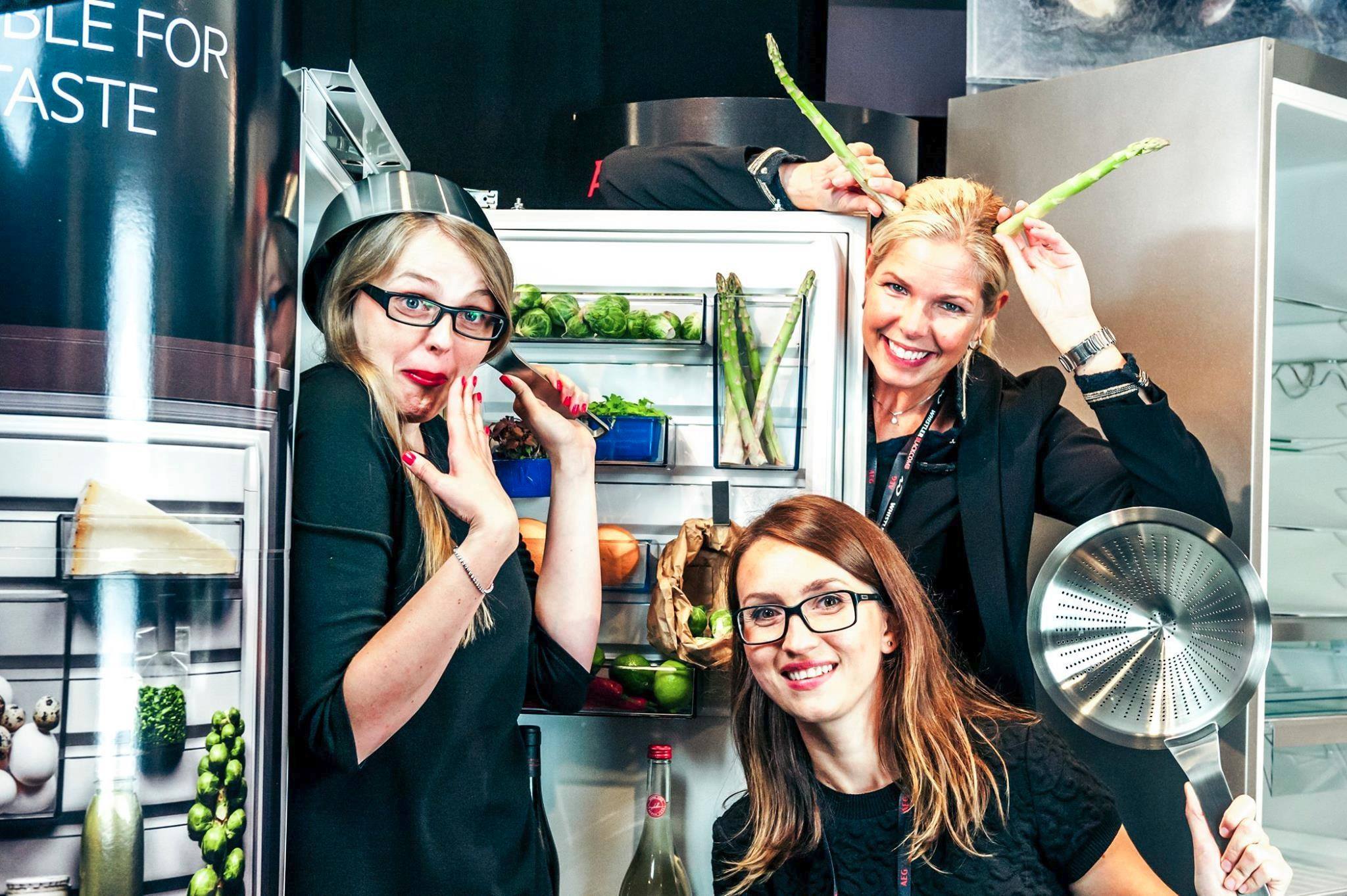 2016 was a great year of freelancing (quickly knocks on wood) for many reasons.

Mostly because one of my professional goals was to make 2016 the year of the three “P”s – Partnerships, Projects, and Passive Income. And in many ways, I accomplished that and foresee bringing these three strongly into 2017 as well.

Projects + Partnerships: I actively pulled back from day-to-day pitching to continue investing in our NordicTB Collective which has had some amazing travel campaigns so far and is already racing full steam into 2017 with upcoming projects.

Passive Income: I got signed on to be represented by art gallery Galleri Duerr here in Sweden and have sold several fine art photographs through them. I’m looking forward to taking this to the next level in 2017. Massive ongoing tasks include loading thousands of photos  into my Image Bank and National Geographic Creative which brings in a little bit of income too.

What has made this all possible was bringing in an additional anchor client. 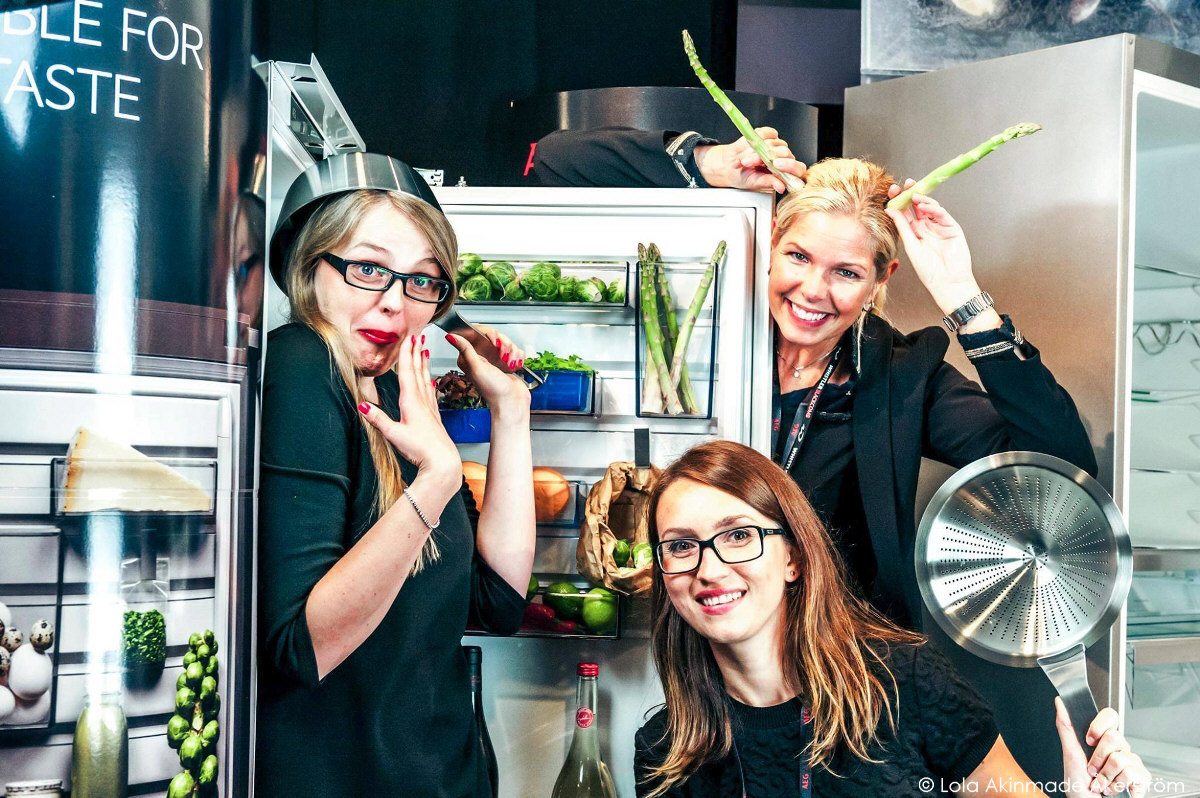 Anchor clients are long-term freelance relationships which bring in steady pay and work using one or all of your skills. For me, I do a lot of editorial work, article writing, and photography assignments for this new anchor client whom I absolutely love. This freed up time for me to actively pursue my three “P”s and reduce traditional pitching.

The state of the industry as well as rapidly declining rates has me rapidly diversifying now more than ever.

So if you’re a freelancer, I highly recommend you check out this article by Contently called Why You Should Be Pursuing Anchor Clients, and How to Do It.

I still made a ton of print and digital contributions including work from repeat clients  AFAR (two), The Guardian (four),  The Telegraph (11), National Geographic Traveller (five), Outside Magazine (two), and Travel + Leisure (two).  I also wrote a couple feature articles for several airline magazines as well as broke into a few new publications. In addition, I gave a lot of interviews including being featured by Lonely Planet in their Meet a Traveller series.

But the 2016 work highlight for me was the behind-the-scenes coverage (including cover photo!) I got for my West Sweden assignment for the October 2016 issue of National Geographic Traveller. If there ever was an encouraging boost to keep me resilient on this challenging career path I’ve chosen, that recognition came at just the right time. 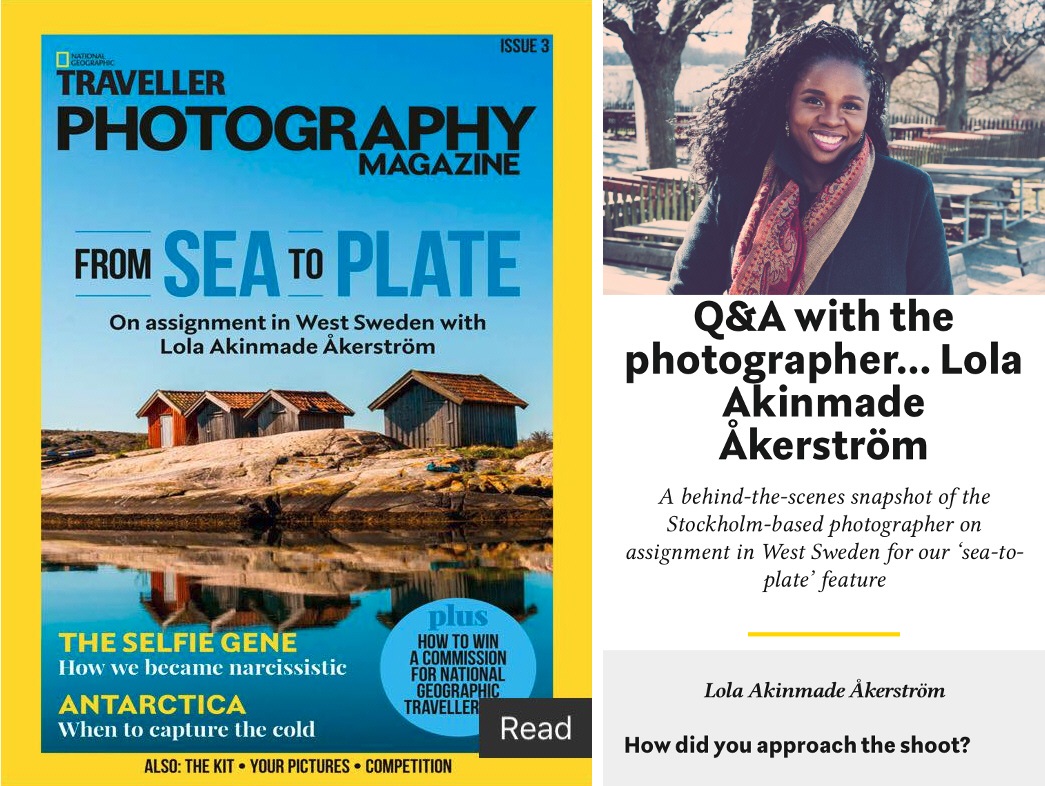 So here’s how 2016 panned out. Each query status has been categorized using the following legend:

2016 was unique in that I had diversified a lot more including bringing on the new anchor and getting some passive income through other means so my income chart has changed drastically. I roughly estimate that traditional freelancing brought in about 35% of my income last year. So the charts below reflect this. The more detailed chart shows how that 35% freelance work broke out. 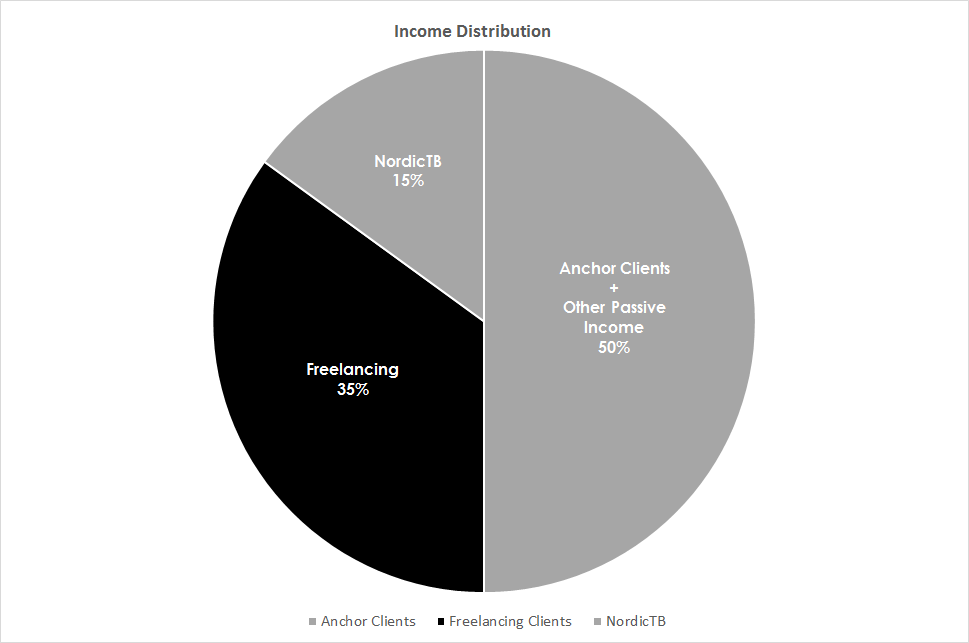 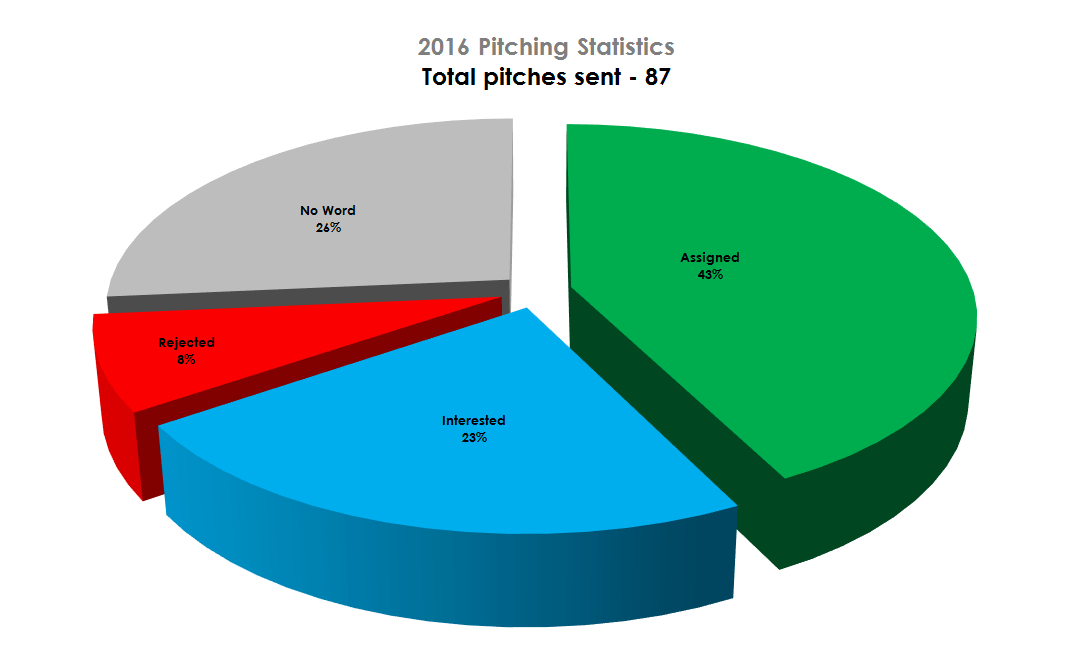 There was a total of 87 pitches in 2016. Of these pitches, 37 were assigned, 20 are currently being reviewed by editors/in various stages of limbo, 7 were rejected, and 23 are still floating around in the “No Word” zone and have yet to be acknowledged.

In 2015, there were 74 pitches (either sent or assigned without pitching) which was 13 less than last year’s total but I’m comparing the percentages in the chart below to visually see how both years stacked up against each other. 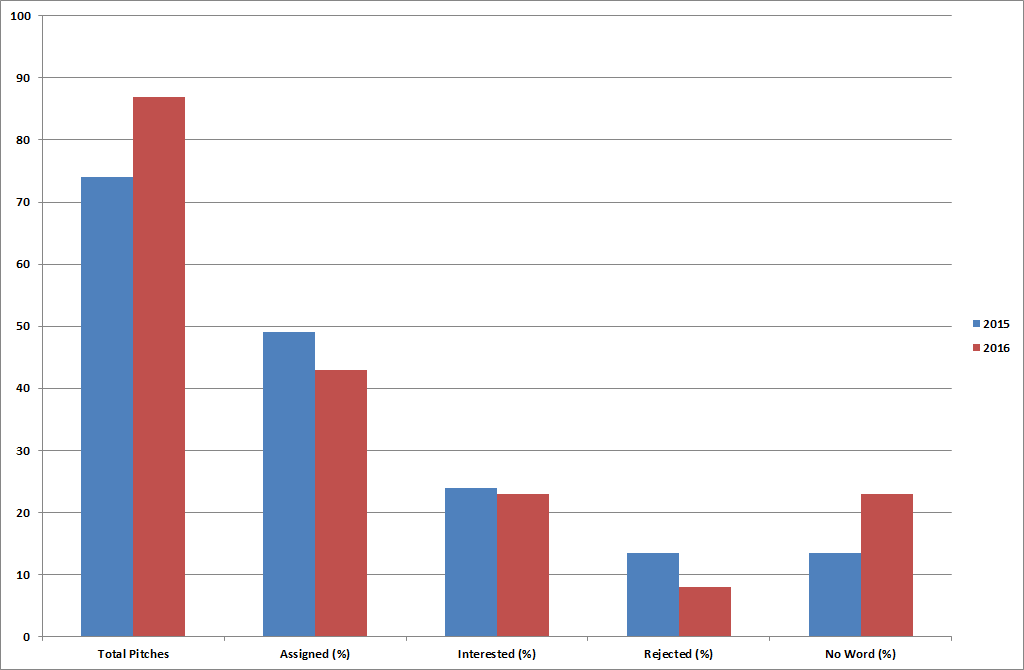 THE GOOD – I had a much lower rejection rate (8%) versus 13.5% the year before. The “Interested” list was roughly the same.

There are several reasons for this: Mostly the shifting tide within the industry which is fundamentally outside of my control. Many publications continued to fold last year. So I reviewed the notes I kept alongside some queries to see why they had the status they did.

Analysis – 2016 was the year editors continued reaching out directly to me to cover niche areas from Sweden or Scandinavia for various publications. Of the 87 pitches, 49 of them were from editors who reached out directly! And for this, I am super grateful. This didn’t happen overnight. I have spent very many years building up regional and niche expertise so this has been a great source of work.

Special Shout-outs – Paul Sullivan whose recommendation turned into a solid lead so thank you! This is something I also do. Once I know what your beat and niche are, I actively recommend fellow colleagues to editors as well. 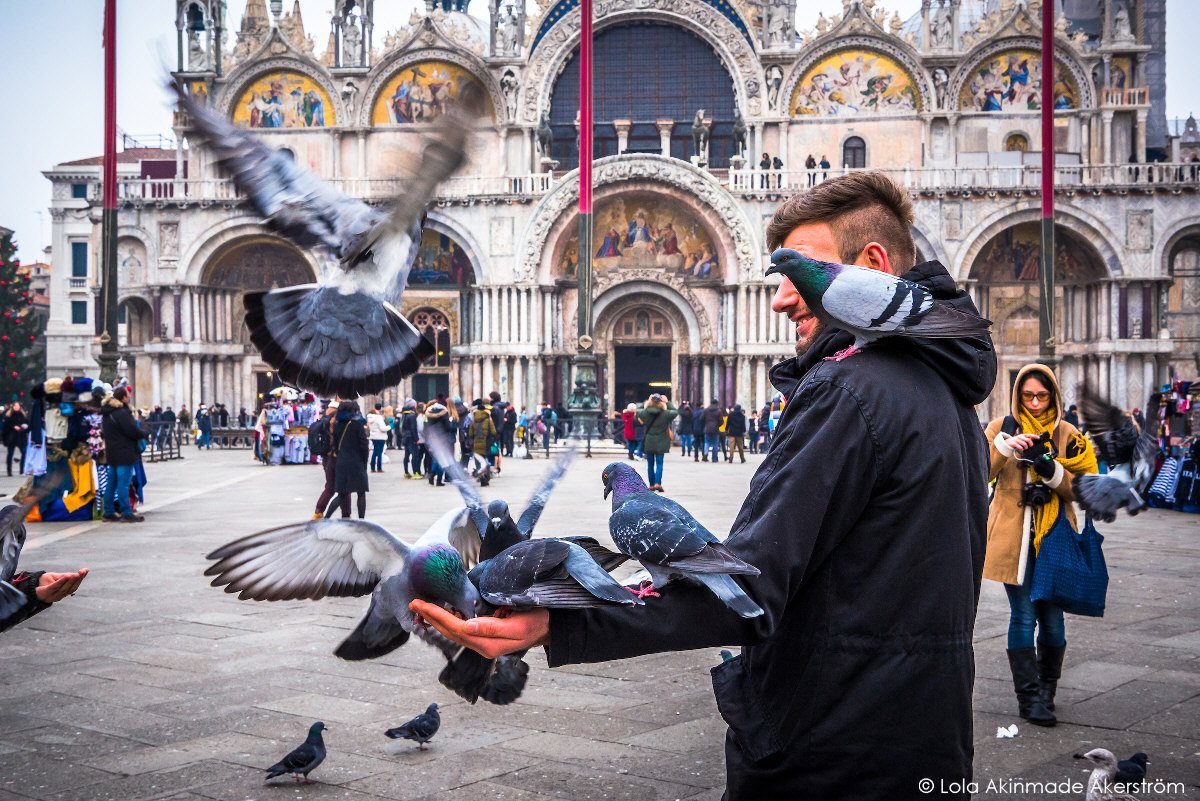 Rejections – Only seven (7) outright rejections out of 87 which, in my book, is solid so I’m not too worried but I looked at some of the notes next to those rejections below:

“Loved the pitch but rejected because of bad timing. They had just commissioned a larger roundup piece and plan on “already” including my idea (which I think was poached)”.

“No longer accepting freelance pitches at the moment. Cut their budgets company-wide for the rest of 2016 and into early 2017, so they are basically forced to do everything in house and can’t assign new stories out.”

“Regular Pitch. Editor was leaving and could no longer assign even though she loved the idea.”

“Already covered too much of a similar theme.”

It seemed many editors had their hands further tied in 2016. From dwindling budgets and pages to writing more canned stories crafted for social media sharing and opportunities to go viral. This year, I will be looking for more outlets to share travel narratives and opinion pieces.

Possible burned bridge – An editor reached out towards the end of last year with an excellent assignment that paid $1 per word, and I was so excited to take it on. Except, I was quite the time optimist on this one and ended up traveling back-to-back for other pre-assigned work which meant I couldn’t take on this assignment because it required in-person visits during those days I was away. The editor was exceptionally patient with me and it hurt to have to pull out of the project in defeat. I did share the opportunity with others so someone definitely snatched it up.

But it is what it is.

No Word – Urgh, urgh, urgh!! These always suck. There are currently 23 story ideas still floating around in oblivion. And as a freelancer, I will forever be battling these.

“Attitude is the most important choice any of us will make. We made it yesterday and we get another choice to make it today. And then again tomorrow. The choice to participate. To be optimistic. To intentionally bring out the best in other people. We make the choice to inquire, to be curious, to challenge the status quo. To give people the benefit of the doubt. To find hope instead of fear in the face of uncertainty. Of course these are attitudes. What else could they be?”…Seth Godin

2017 will continue to be the year of the three “P”s – Partnerships, Projects, and Passive Income.

It is the year I will continue growing and expanding NordicTB alongside my co-founders Janicke (Norway) and Inna-Pirjetta (Finland). I will continue to expand my virtual team of three as I continue to delegate as a way of self-care, and do a lot more brand building of my own platform. Books are also in the near future…

I’m really looking forward to what 2017 will bring work-wise and can’t wait to challenge myself on so many levels.

Editors, if you’re reading this…. In addition to other travel, lifestyle, and cultural food stories, my regional expertise is the Nordics and Baltics (both writing and photography) in case you have them in your 2017 editorial pipelines! 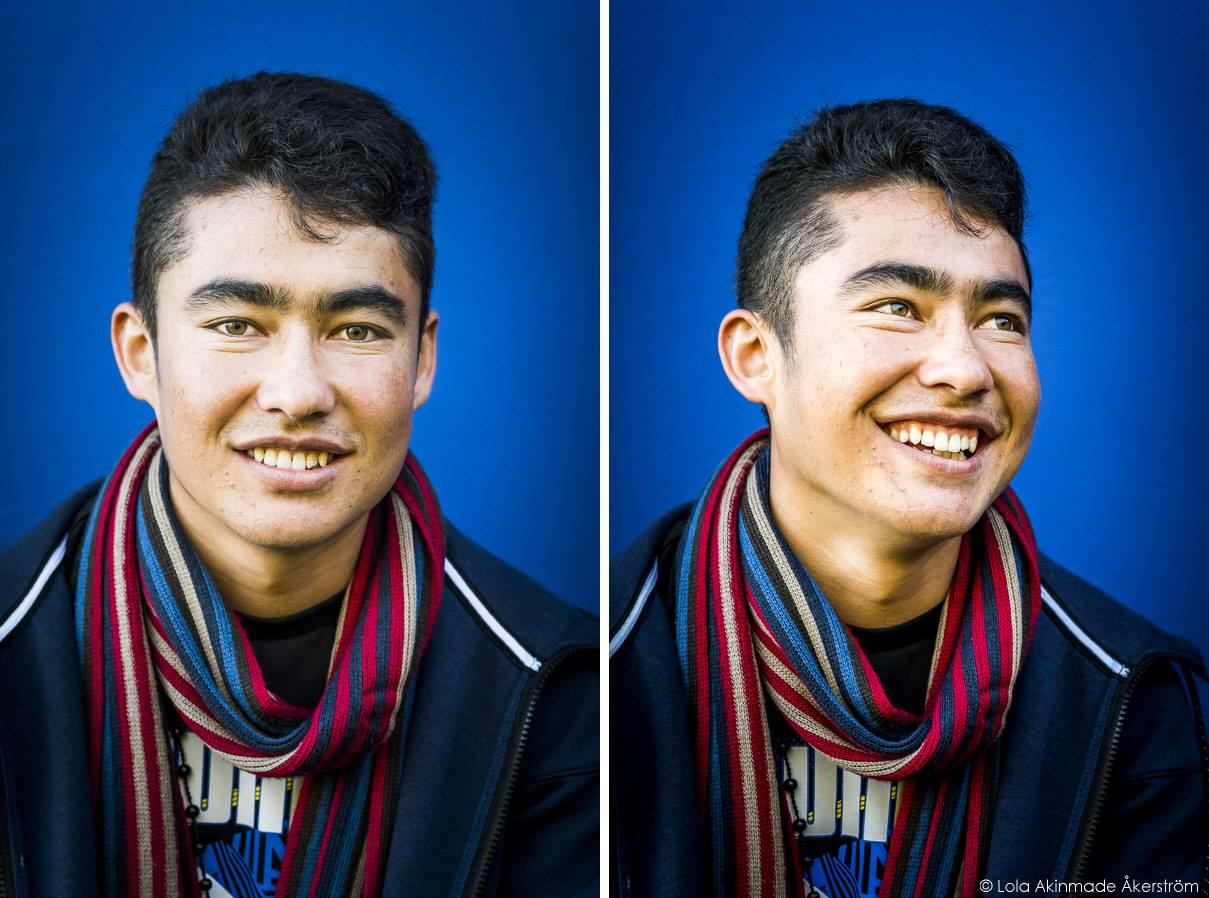 For fellow freelancers out there, how did 2016 go for you? Did you hit some of your professional and personal goals?